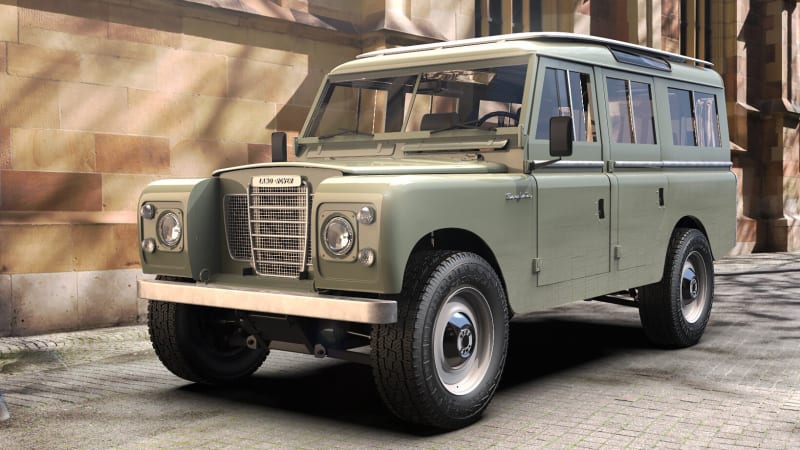 Zero Labs is the California company that brought us this restomod electric Ford Bronco, and now the startup is adding another vehicle to its roster: a Land Rover Series III. The idea is exactly the same with this Land Rover as it was for the Bronco.

Buyers will be able to snag a 1971-1985 Land Rover Series III that’s been fully worked over for a large sum of money. Two versions will be available: Classic and Beach. The Classic is a traditional hardtop SUV, whereas the Beach version comes with a removable hardtop or removable soft top. Both feature a reengineered chassis with independent suspension all the way around.

We’re still waiting on more specific details, but the Land Rovers appear to be sporting the same powertrain setup as the Bronco. That means a battery pack mounted down low under the floor, and the buyer should have the choice between an 85-kWh pack or a 100-kWh pack. Last we heard from the company, it was considering adding larger battery packs to its roster. It’s done exactly that, as our previous Zero Labs intel pegged the largest battery pack option at 70 kWh. Range estimates top out at “235-plus” miles on a full charge in the highest spec for the Land Rover. Power surely won’t disappoint. You’ll be able to choose between a single 300-horsepower motor at the rear, or opt for all-wheel drive and add a second 300-horsepower motor to the front axle.

There are plenty of other questions to be answered, and we’ve contacted Zero Labs to see if it can fill in some of the blanks for us. We already know its price, though. Both the Classic and Beach trims will start at $185,000 before options or other customization. If you’re interested, Zero Labs says they’re all made to order.