Want your new Land Rover Defender to look old and rusty? There's a fix for that 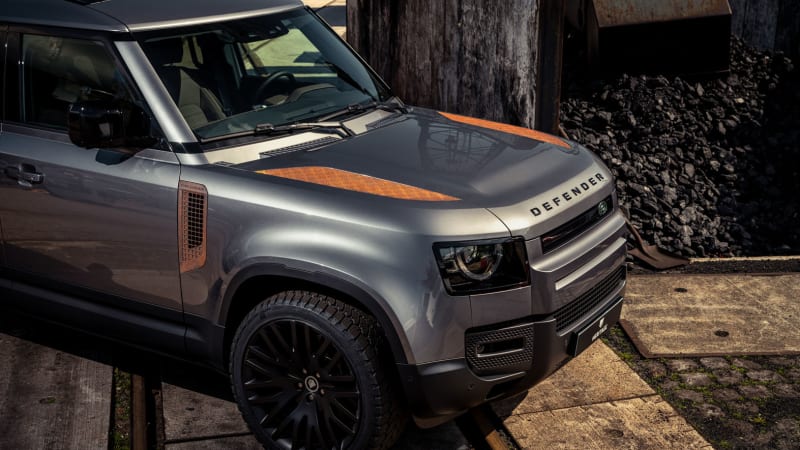 The new Land Rover Defender, with its aluminum body panels and underbody corrosion-resistance treatments, should retain its appearance for years to come. Some people, apparently, might see that as a negative. For those who want the rugged, worn-in look of rusty metal panels but who don't want to wait years for the process to happen naturally, there is now a solution. A European Land Rover customizer is now offering pre-rusted trim pieces for the new Defender.

The Dutch customizer firm Heritage Customs has replacements for the Defender's diamond-pattern tread-plate trim pieces on the hood and the front fender vents. They're available in five different finishes: aluminum, bronze, copper, brass — and rust.

The pieces, which in standard form are actually plastic, are sprayed with metal paint. The finished is then oxidized, "generating an even more outspoken look." The cost is €1,395 (roughly $1,685) minus a €500 credit if you send them the removed factory pieces.

For ages, rust has been the scourge of car enthusiasts. Countless man-hours and untold sums have been spent trying to eradicate it, prevent it, or hide it. Rust has probably taken more cars out of service than wrecks and mechanical failure combined.

And now it has taken on a new dimension as a design feature. We have to admit, the redemption of rust is a trend we did not see coming.