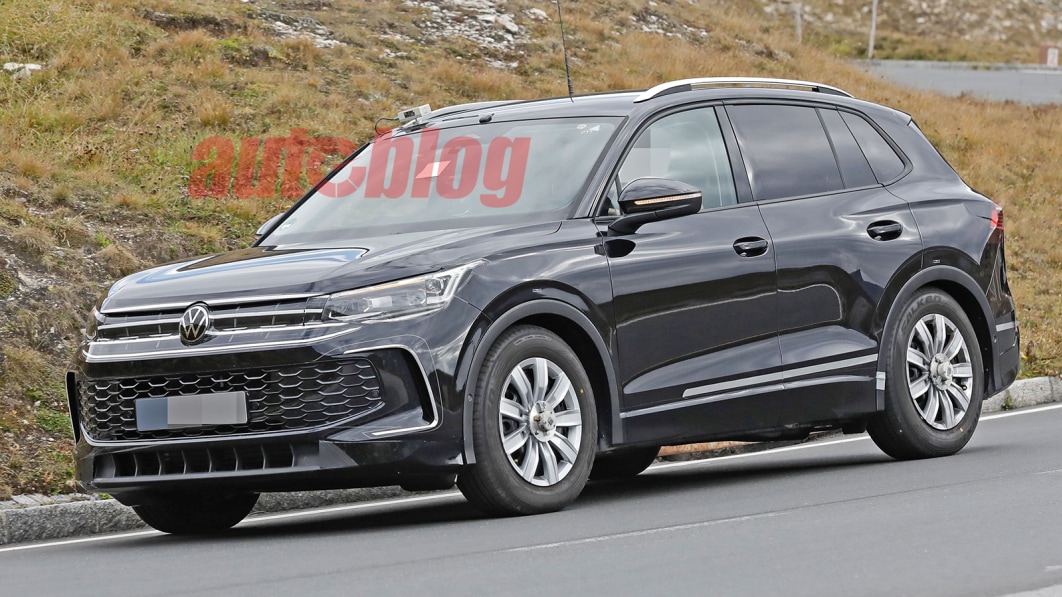 Volkswagen's best-seller is about to get a big redesign, according to these spy photos. That's good, as the current VW Tiguan is showing some age. The new model clearly takes cues from the current Golf with its curvier body work.

Despite the thin camouflage, there's much we can discern on this new Tiguan. The front fascia now features an enormous lower grille section, and the upper grille has been minimized, likely down to just a bit of trim, just as with the Golf. The headlights have been thinned, too, and they wrap around more to the fenders, just under the hood line.

From the side, it appears the hood and front section have been lengthened in an effort to give it a look closer to a rear-drive-based SUV. The old model's long, straight crease has been broken in two, and only appears over the wheel arches. They've got some curve to them, too, accentuating the wheel areas. The window lines still look similar to the current model, though.

Details at the back are tricky to make out through the faux taillight and trim stickers. It won't be a big departure from the current model, but it does have a more prominent crease in the rear to match the side lines. The rear spoiler looks bigger, as well.

The new Tiguan looks close to production. We expect it could go on sale this coming year as a 2024 model. We'll be curious to see if this new model will still be offered in short and long versions in Europe. If so, we'll surely get the longer version with an optional third row in the U.S. It will probably be offered with a turbocharged four-cylinder gas engine, and possibly a plug-in hybrid version.