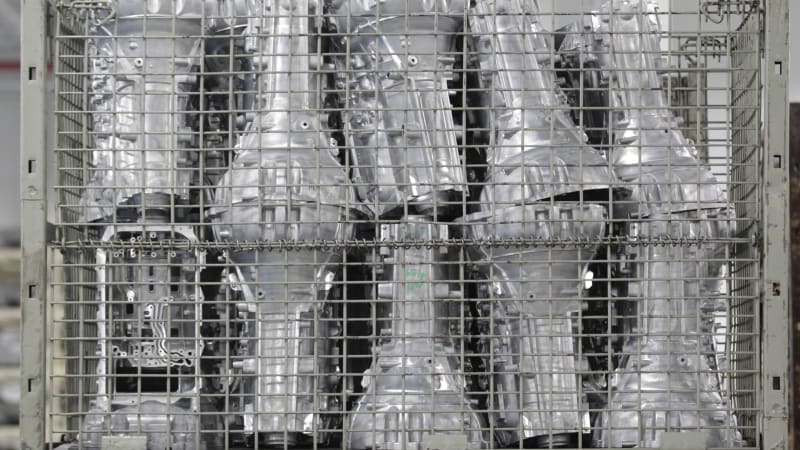 The 35-acre plant in Kokomo makes parts used in the powertrains of Chrysler, Dodge, Jeep and RAM vehicles and a long-term strike could affect vehicle assembly lines across North America.

Stellantis says production had not been scheduled for this weekend and it hoped to resume negotiations as soon as possible on a contract with striking UAW Local 1166.

In a statement, Stellantis said it was committed “to providing a safe and healthy work environment for all employees. After bargaining in good faith for two days and presenting an offer we believed addressed the union’s concerns, we are disappointed by the UAW’s decision to walk out.”

The 1,200-worker plant, Kokomo Casting, is the world's largest die cast facility, according to Stellantis. It makes aluminum parts for components including transmissions and engine blocks.

The UAW local complained in a statement that Stellantis “claims it has no money to meet its membership's basic needs while ”making record profits and investing billions in a new battery plant across the street."

UAW local president David Willis did not immediately return a phone call seeking comment. A person who answered the phone at union offices said he was preparing for a resumption in negotiations.

The casting plant is to be retooled to produce engine blocks for hybrid-electric vehicles.

In May, Stellantis announced a $2.5 billion joint venture with Samsung to build an electric vehicle battery factory in Kokomo that is to employ 1,400 workers.

Stellantis, formed last year with the merger of Fiat Chrysler and France’s PSA Peugeot, had said it would build two electric vehicle battery factories in North America. The other is slated for Windsor, Ontario.