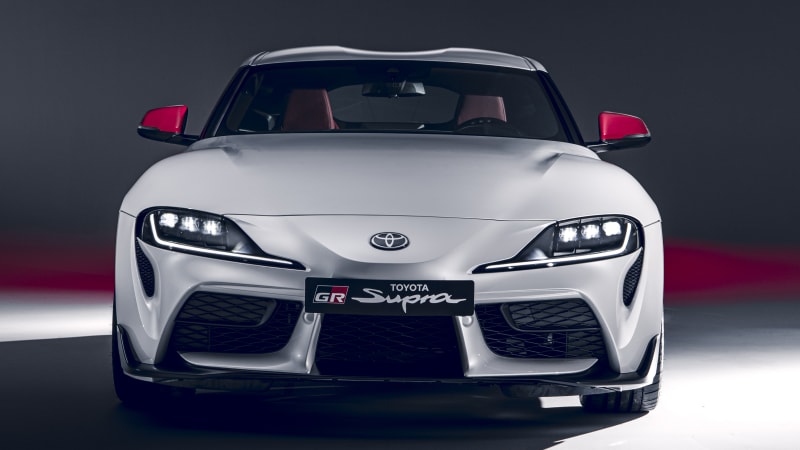 Here in the States, the only engine available in the reborn Toyota Supra is an inline-six that produces 335 horsepower and 365 pound-feet of torque. In other markets, however, Toyota's swoopy sportscar is offered with a couple of four-cylinder options. According to a report from Motor Trend, an announcement for a 2.0-liter turbocharged four for the U.S. could be imminent.

Motor Trend asked Ed Laukes, Toyota's group vice president of marketing, directly about the possibility of a downsized engine in the U.S. Supra, and he responded that they should "stay tuned for next week." Taking that a little further, MT postulates that an announcement could be made at the Daytona 500 on Sunday, February 16.

BMW offers a 2.0-liter four-cylinder in the mechanically similar Z4 with 255 hp and 295 lb-ft of torque. It's not clear what power level Toyota would target for a base-level Supra, but a 225-hp version is offered in Japan. What's more, a four-cylinder Supra has already been certified for sale by the California Air Resources Board, which means at least some hurdles have already been passed.

So, will it come? Perhaps we'll find out in a week.