TV reporter finishes live report after getting hit by a pickup 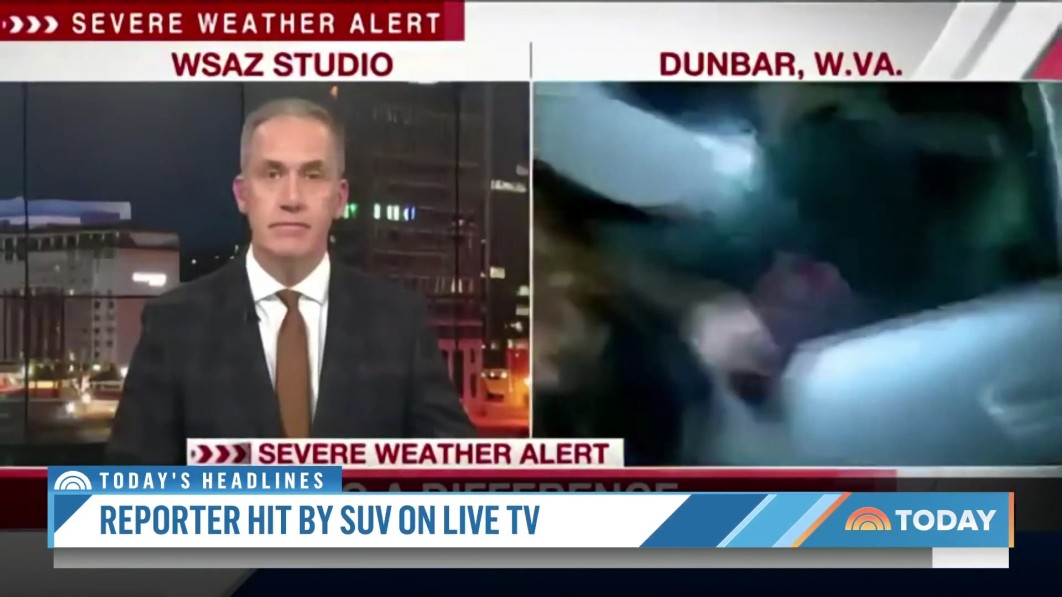 Television reporters often find themselves in dangerous situations; they cover crime, extreme weather, and other hazard-packed stories. One reporter learned about some of the dangers of the jobs by getting hit by a pickup on live TV — and she got up and went right back to work.

Posted on the NBC News website, the video shows 25-year old reporter Tori Yorgey covering a water main break in Dunbar, West Virginia. Seemingly shooting on her own, without a camera crew, she listens to the anchor in the studio as what looks like a first-generation Chevrolet Avalanche turns left and hits her, knocking her and her camera equipment down. Nothing suggests that the driver intentionally hit Yorgey.

Yorgey remains surprisingly calm and takes the incident lightly. "I just got hit by a car but I'm okay," she says. "That's live TV for you!"

The person driving the Avalanche stopped to make sure that Yorgey wasn't hurt and apologized. Many reporters would have understandably cut the live feed and rushed to a hospital but Yorgey stood up and finished her segment. She went to the hospital later that night, according to NBC News, and was released with no injuries. She told the outlet that she merely feels a little soreness in her back and in her right leg.

Surprisingly, this wasn't Yorgey's first run-in with a car.

"I actually got hit by a car in college, too, just like that," she says during the segment.