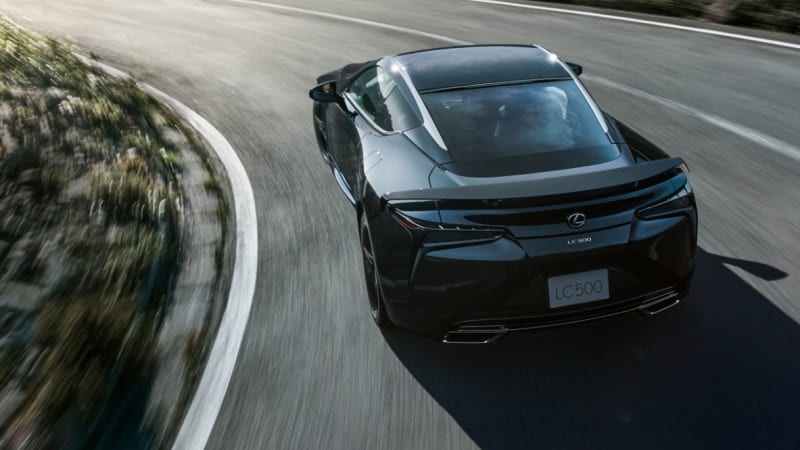 An unremarkable patent focusing on a minor engine part has revealed that Toyota is at least considering a twin-turbo V8. While the filing is most likely just a large company protecting its intellectual property, it could also be a small glimmer of hope that Toyota, a storied company that's made some glaring missteps with enthusiasts in recent years, can leave the ICE party with a bang for the ages.

The patent for a secondary PCV separator, whose function is to isolate exhaust gas from lubricating oil, was discovered by a member of the GR86 forum. In this case, it's not engine oil that's the culprit, but turbocharger oil. From a twin-turbo V8.

The patent starts out with an almost embarrassingly hilarious stick figure drawing of a car and where said engine would be located (in the front, under the hood, duh). It has the words "Internal Combustion Engine" printed on a rectangle in case there was any doubt.

However, the second figure shows a dual turbo setup nestled in the valley of a V8. It's a prime location for reducing turbo lag and optimizing throttle response (and should necessitate a substantial hood bulge as well).

Now, interestingly, the forum member believes this engine will be installed in the next Tundra (and presumably Sequoia), but our own research indicates that the pickup will have a 3.5-liter twin-turbo V6 under the hood. With all due respect to the GR86 members, we're going to stand by that assertion and cross our fingers that the patent hints at something even better.

That would be a high-performance Lexus, possibly an IS F or, if the ICE gods will allow it, an LC F. After all, we have had reports from Japan that a trio of F-cars were coming, including a LS F. It would explain why the 472-horsepower, V8-powered IS 500 was called the Sport Performance instead of full-on IS F. In fact, Lexus reps have promised that the F label would become even more performance oriented.

Toyota president and noted car guy Akio Toyoda has taken heat for questioning the coming outright ban of ICE sales in his home country of Japan. Perhaps this engine is one of the reasons he's objecting.