TOKYO — A Japanese mobility venture has unveiled two adapted vans, one which can serve as a workspace or a mobile shop, and another that pumps fresh air through the vehicle to reduce the risk of COVID-19 spreading between passengers.

It is the first commercial offering from Monet, a joint venture between SoftBank Corp and Toyota Motor Corp.

In one version, the adapted Toyota HiAce van takes in outside air and circulates it through the interior, which is also fitted with screens and curtains to limit virus transmission. It can seat eight passengers in the back. The other version of the van allows users to fix fittings to the floor and arrange the interior as a shop or work space. 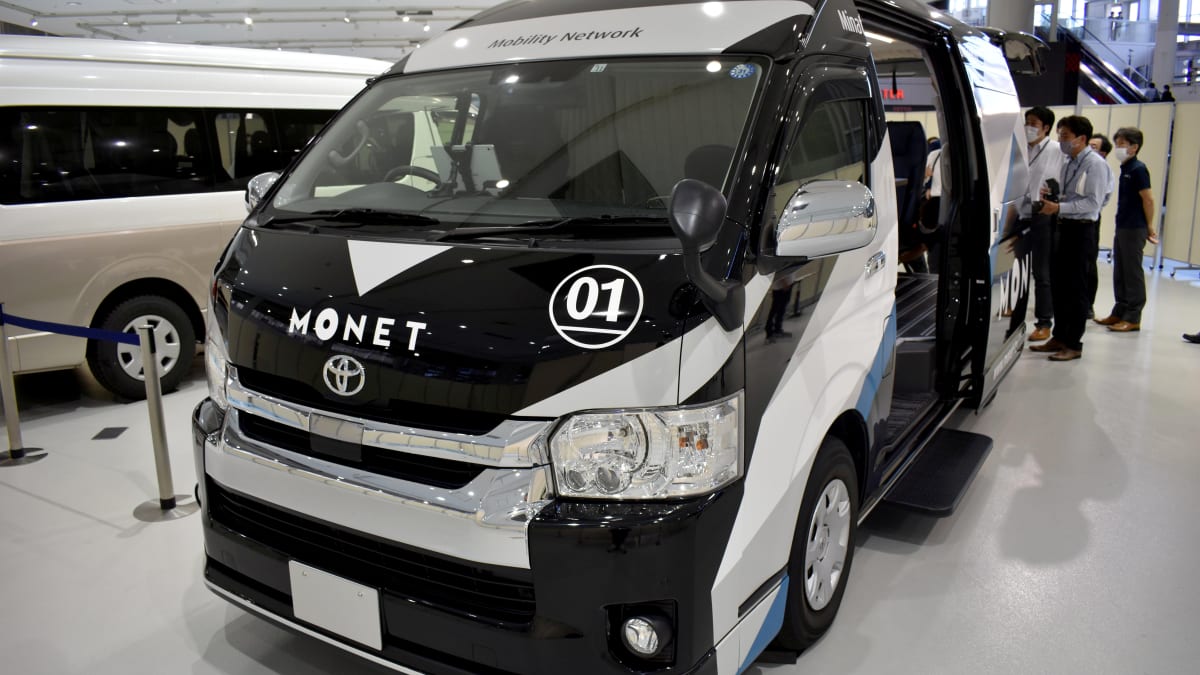 The Monet joint venture was first announced in October 2018 with the goal of becoming a platform for driverless services. A previous concept shown by Monet is the autonomous e-Palette vehicle.

Neither design incorporates self-driving technology and, in the case of the multi-purpose design, Japan's road rules require fittings such as tables to be stored before moving off.

The venture hopes to sell 100 units in Japan to customers from government and companies this financial year.

Monet is the first alliance between Japan's largest automaker and its No.3 wireless carrier and has attracted support from other domestic automakers as the industry races to develop autonomous vehicles and services.