Now that the 2021 Toyota Venza is here, Toyota has nearly as many hybrid crossovers as it does cars. Not only that, but all three hybrid crossovers — Venza, RAV4 Hybrid and Highlander Hybrid — are shockingly similar to each other. To sort out the differences and to help you figure out which one is the right hybrid for you, we’ve put together this handy on-paper comparison. Of course, you could also make the wise decision of purchasing an Avalon Hybrid, but we’re assuming you want a crossover here.

Pricing is finally out for the Venza, so we can give you a proper comparison with prices included. If you want the full deep dive on that new crossover, check out our First Drive review that just went live this morning. 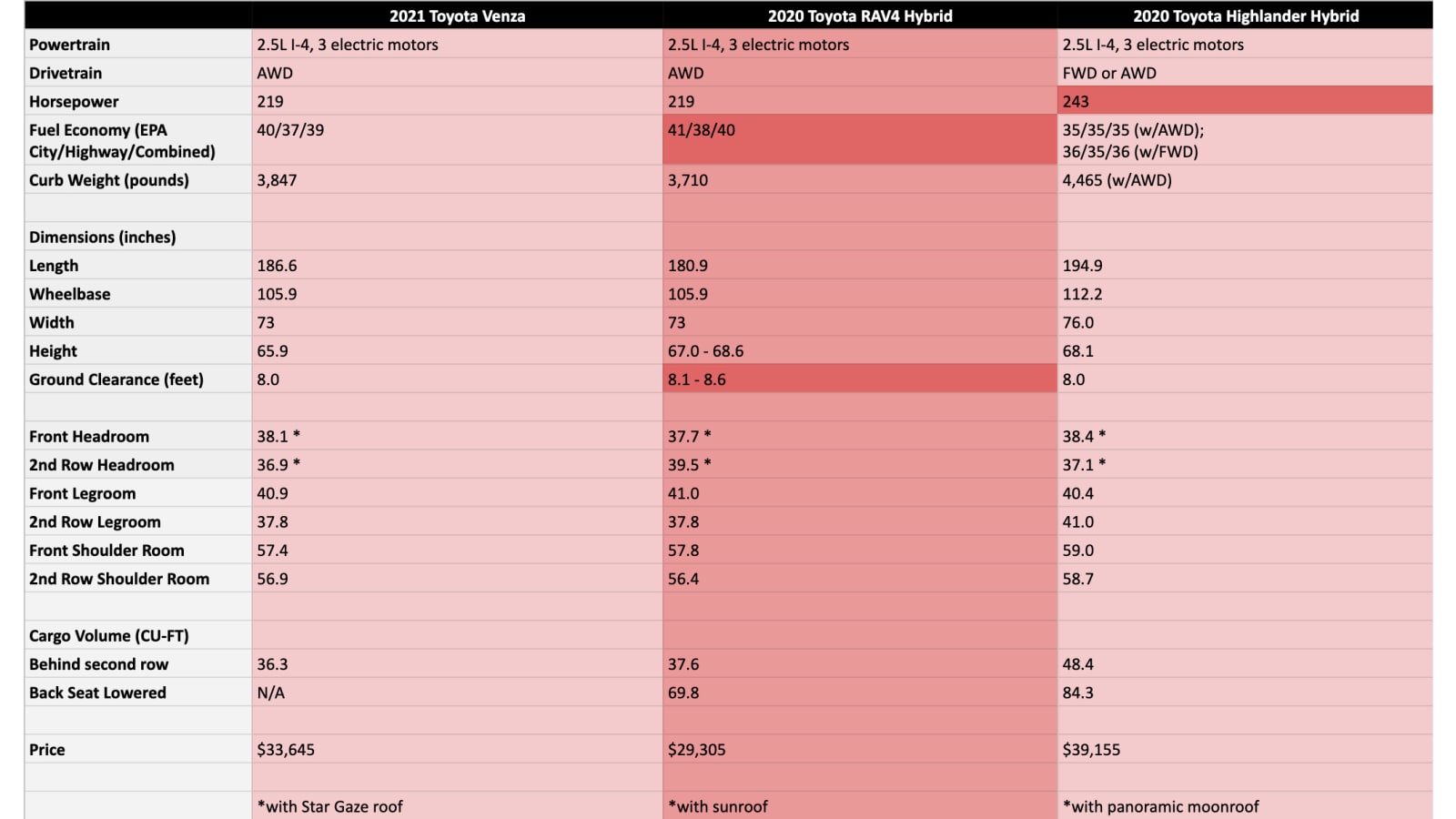 This section will be short. Both the Venza and RAV4 Hybrid use the same powertrain setup, yielding nearly identical fuel economy. The RAV4 Hybrid edges out the Venza by 1 mpg, so that’s essentially a draw. Neither are quick, but we give the performance nod to the RAV4 Hybrid because it’s offered in the sportier XSE trim.

Toyota will let you spec a Highlander Hybrid with front-wheel drive, but all-wheel drive is available as an option. You’ll drop about 5 mpg in all categories with the Highlander, but that’s just because it’s a bigger and much heavier vehicle. To make up for that, Toyota has given it 24 horsepower more than the other two. 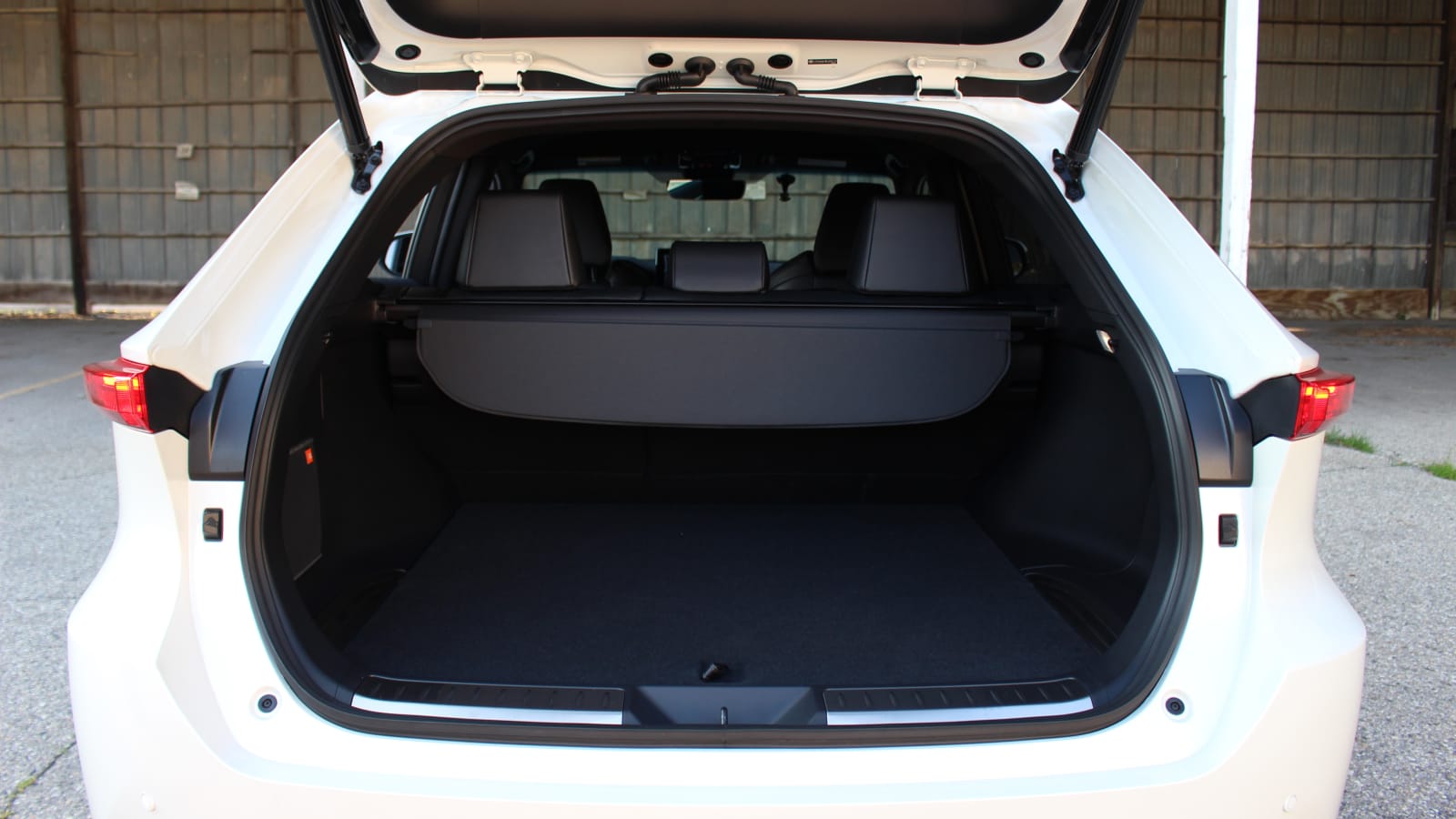 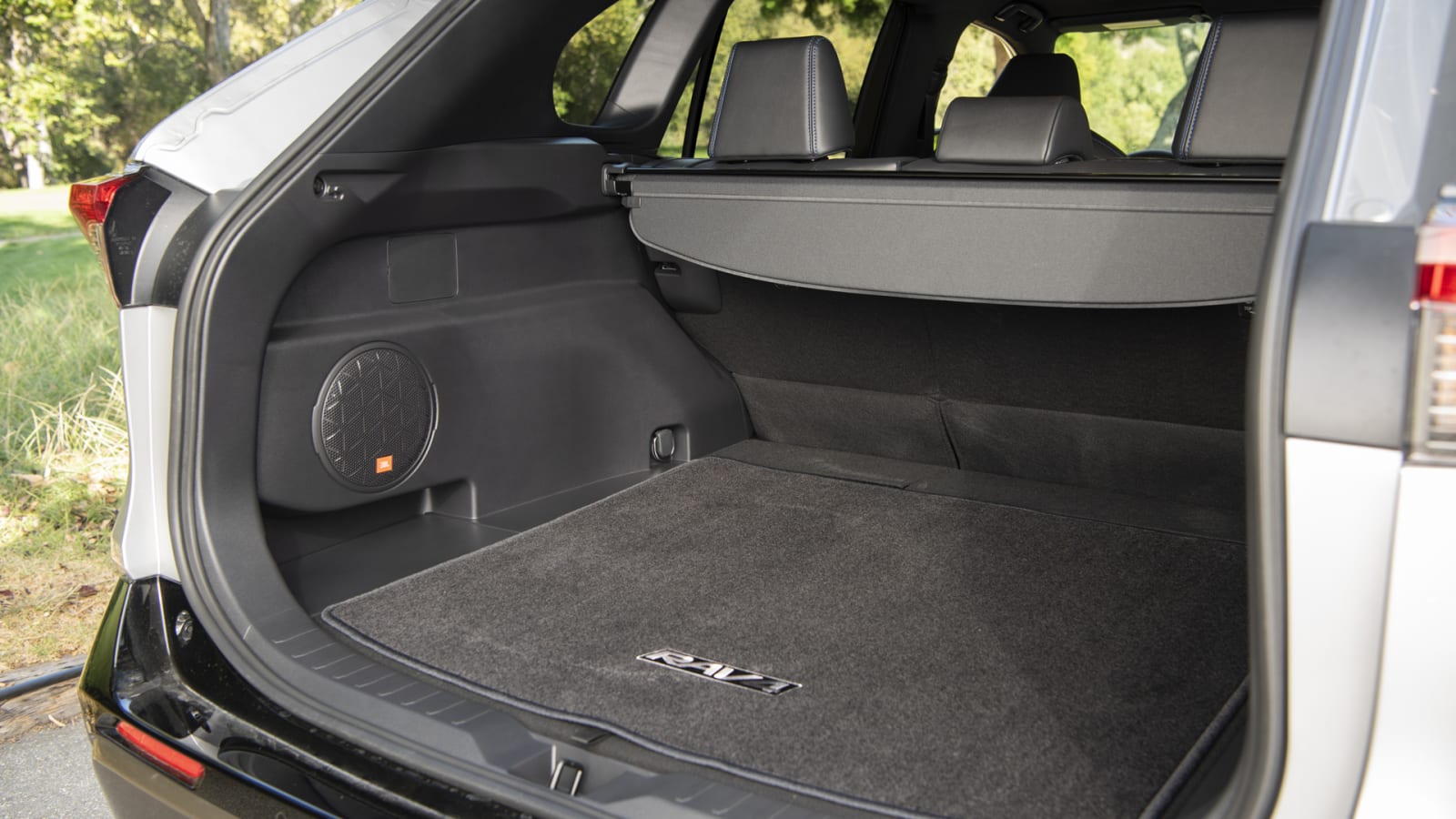 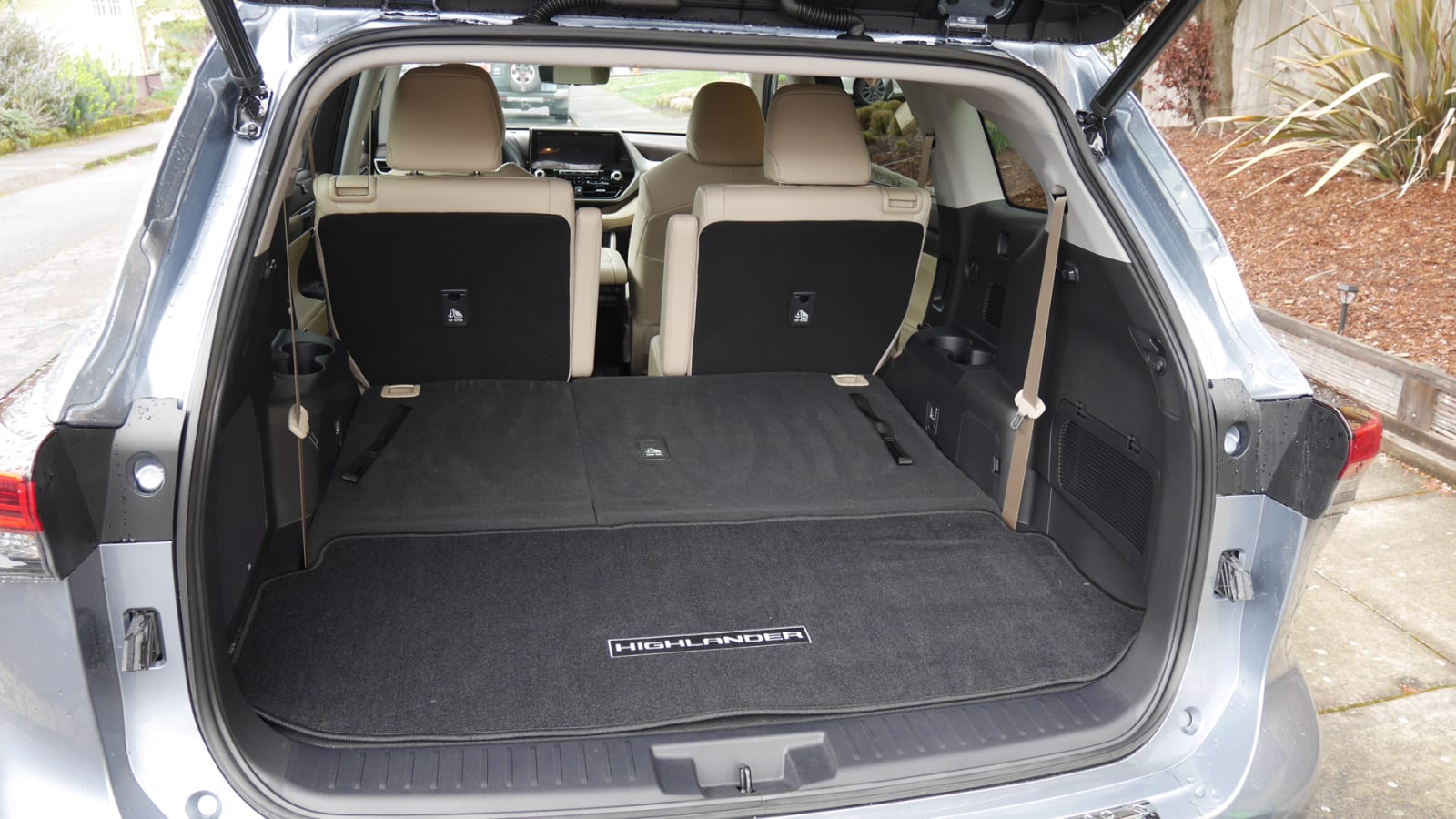 It’s in this section here that you realize how similar the Venza and RAV4 Hybrid are to each other. Toyota technically classifies the Venza as a midsize crossover, but its interior dimensions are right on par with the RAV4 Hybrid that is 5.7 inches shorter. They have the exact same wheelbase and width, but because Toyota gave the Venza a slick, sloping roof design, the RAV4 is a smidge taller.

This shape difference brings to light a key utility advantage of the RAV4. Its box-like shape makes way for more rear seat headroom than both the Venza and Highlander. Now, we’ve sat in all three, and none are particularly restricting. However, loading items such as baby seats or other larger things into the rear seat is easier with an accommodating roofline. Taller folks will also enjoy riding in the back of the RAV4 Hybrid more than the Venza, too. We’ll also note that headroom increases marginally if you don’t spec these crossovers' accompanying moonroof options. If legroom is what you’re after, the Highlander has 3.2 inches more than both the Venza and RAV4 Hybrid. Once again, it’s a bigger, longer vehicle, so this comes as no surprise.

The RAV4 Hybrid’s boxy shape comes in handy once more when we consider cargo space. Even though it’s a smaller vehicle than the Venza, it has 1.3 cu-ft more space in the rear hold. That’s hardly enough to give it a resounding win, but its shape makes the space more compelling and useful. Since Toyota fitted such a heavily sloped rear window to the Venza, stacking things to the top of the cargo hold can present a geometrical issue. The RAV4’s more upright shape lends itself to easier stacking and closing. That’ll be convenient if you’re loading up a number of suitcases or moving boxes, but it won’t be any better than the Venza at everyday tasks like grocery getting or taking the kids to their extracurricular activities.

The key bit to highlight here is that you’re not losing utility by opting for the smaller (and cheaper RAV4 Hybrid). Just like the backseat space of the Highlander, the three-row Highlander has more space than the other two behind its second row by a decent margin. 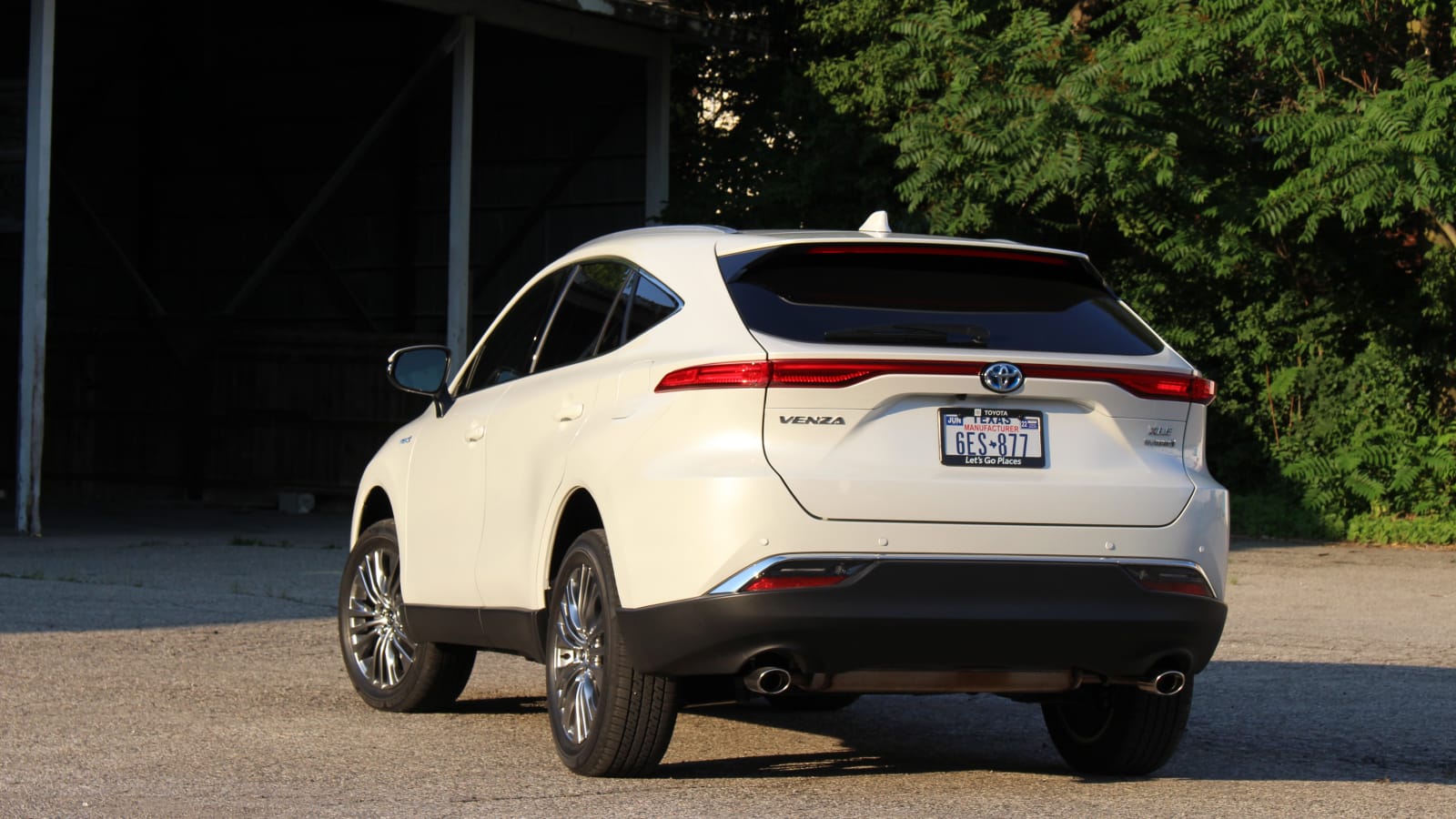 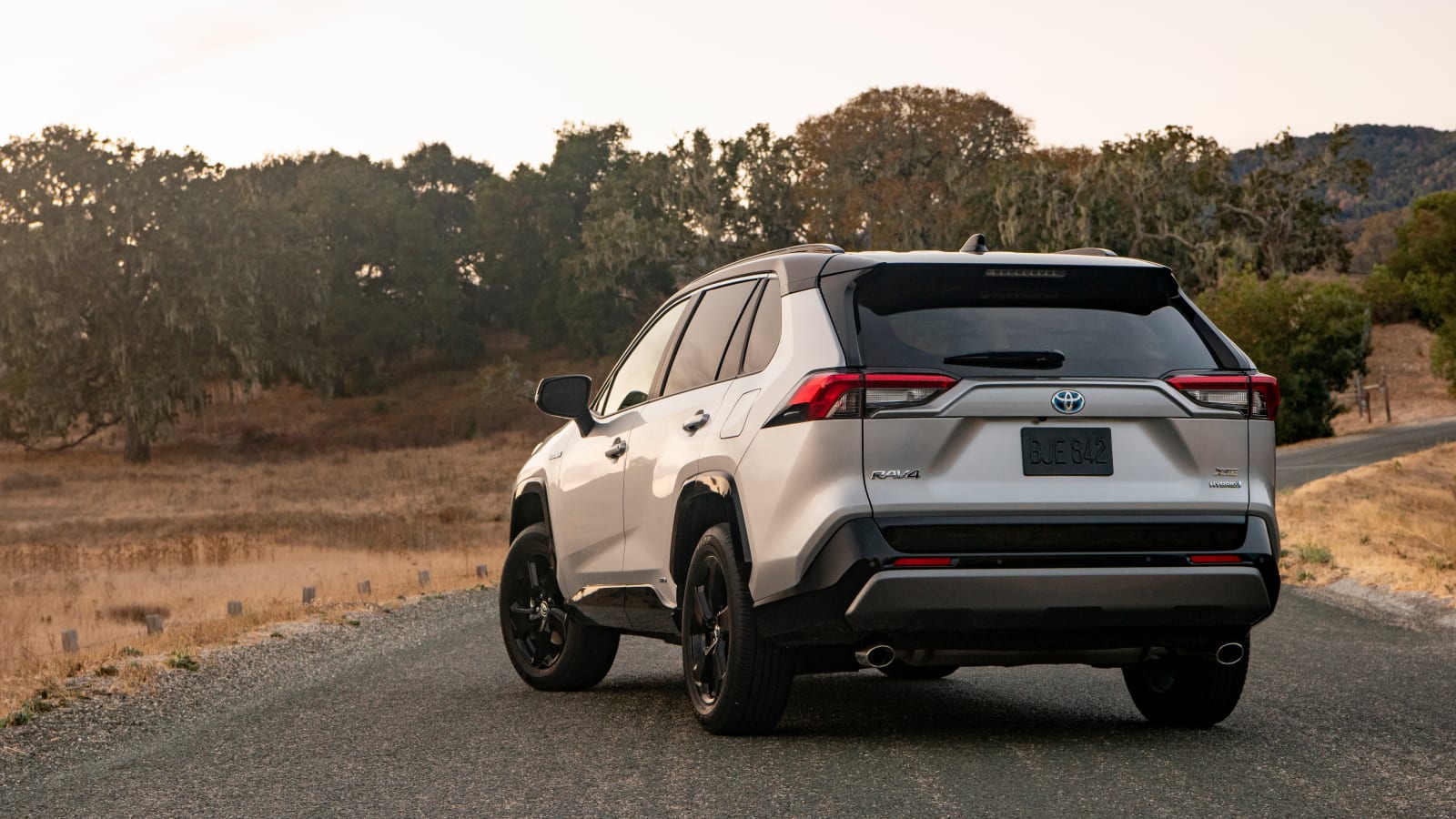 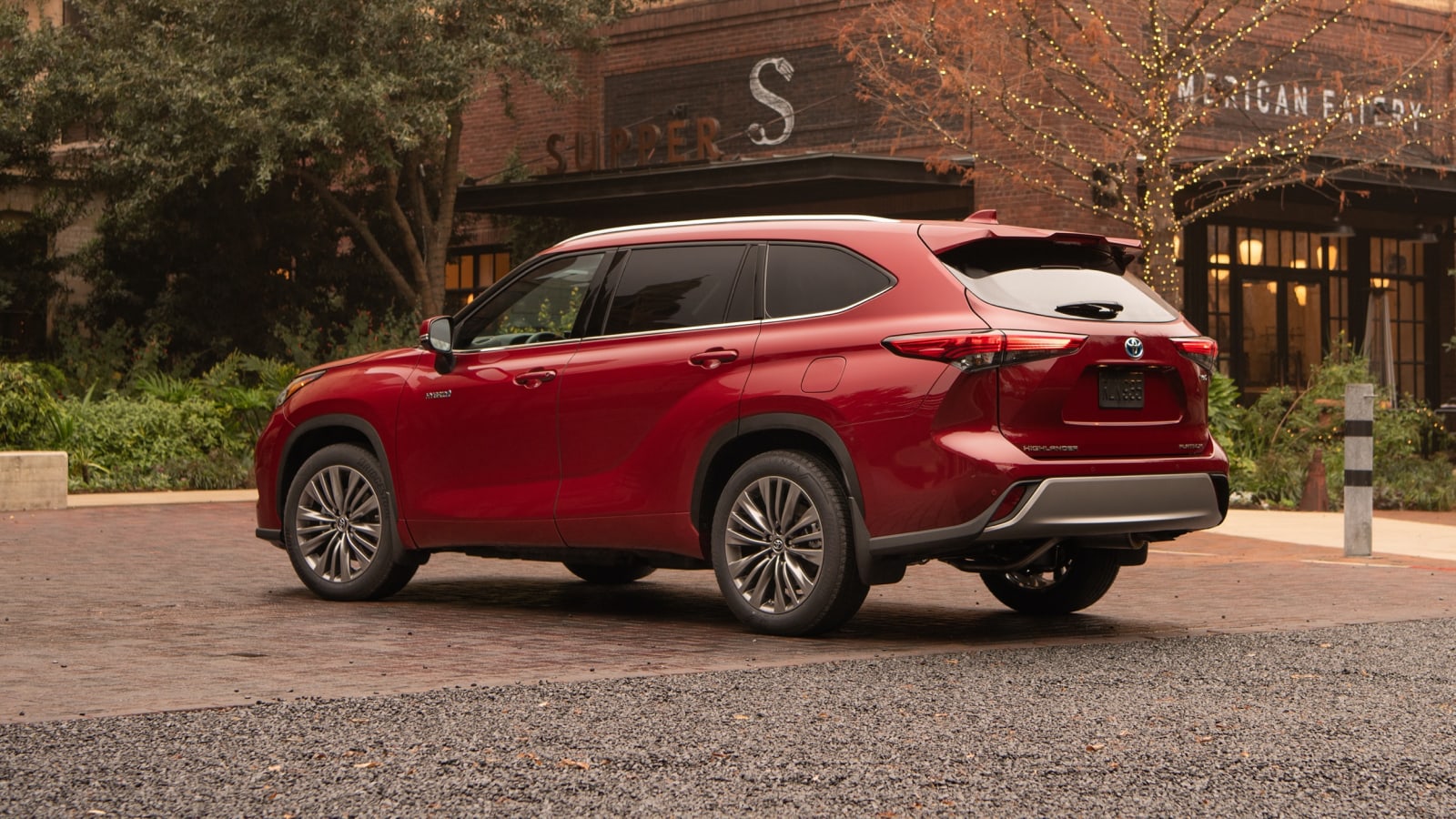 Toyota positioned the Venza as the in-between crossover in price. It’s $4,340 more expensive than the cheapest RAV4 Hybrid and $5,510 cheaper than the base Highlander Hybrid. The main issue we see with price here is its premium over the RAV4 Hybrid. However, Toyota isn’t just charging more without giving more.

The Venza’s interior is far more premium than the RAV4’s in both design and tech enhancements. You also have the ability to option additional premium features that aren’t even available on the RAV4 Hybrid. For example, the Venza has an eight-inch infotainment screen as standard with the ability to upgrade to a 12.3-inch screen. The RAV4 starts with a seven-inch screen, and the upgrade is an eight-inch one. If you opt for the Venza Limited, you’re allowed to option the sweet “Star Gaze” panoramic roof that can be frosted or unfrosted at the touch of a button. Additionally, the Venza offers an available head-up display that the RAV4 Hybrid does not. Bottom line, you’re paying for added luxury and design with the Venza, not additional utility.

Toyota says the Venza plays with other midsizers like the Chevy Blazer, Ford Edge, Hyundai Santa Fe, Honda Passport and Nissan Murano, and we have a comparison post pitting all of those against each other, too. The closest competitor of all might just be the RAV4 Hybrid, though. Our take? Go for the RAV4 Hybrid if utility and venturing into the wilderness (check out the ground clearance comparison) are your priorities. Grab up a Venza if you have the budget and value a premium interior or prefer its sportier shape. Finally, if space (and a third row) is most important, the Highlander Hybrid is waiting in the wings.