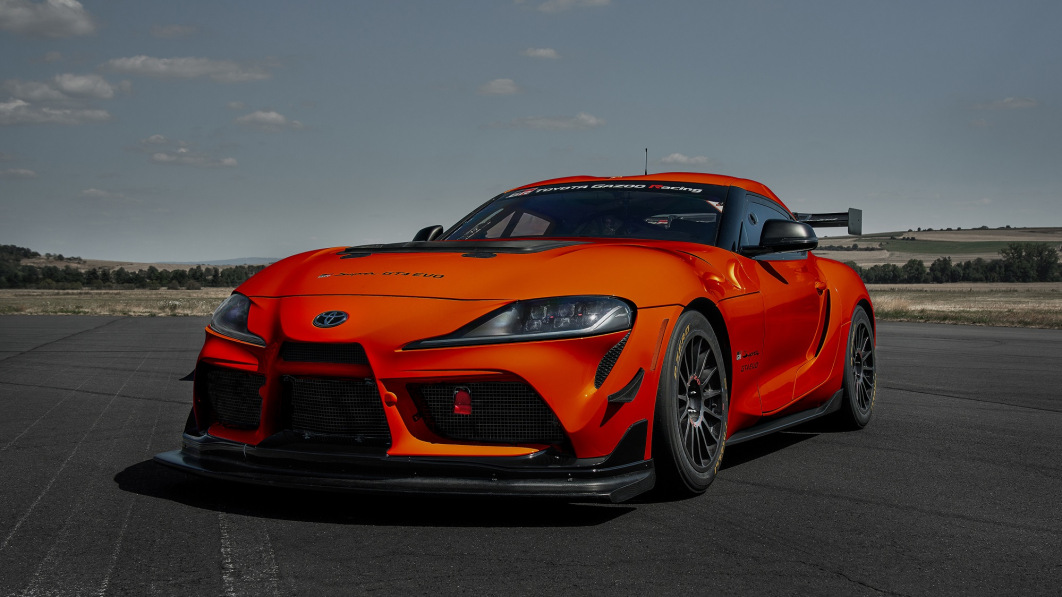 Toyota's Gazoo Racing division gave the track-only Supra GT4 a round of significant updates in preparation for the 2023 season. Using the extensive feedback provided by race car drivers and mechanics, the company improved the coupe's brakes, handling, and engine.

Racers requested better handling and higher cornering speeds, and Toyota delivered by redesigning the braking system, developing a new setting for the ABS system, updating the roll bars, and fitting adjustable dampers provided by German firm KW Automotive. Toyota adds pilots will have the opportunity to put these improvements to good use thanks to a more powerful engine with an optimized torque curve.

Power comes from a turbocharged, 3.0-liter straight-six whose horsepower output depends on the race series it's tuned for, though its maximum torque output checks in at 487 pound-feet. The six exhales through an Akrapovič exhaust system, and its cooling system has been made more effective, though details about the modifications weren't released. It spins the rear wheels via an automatic transmission.

Riding on 18-inch OZ Racing wheels, the Supra GT4 features Brembo-sourced brakes, an OMP Racing seat for the driver, and a roll cage. It further stands out from the street-legal, regular-production model with a track-specific body kit that notably adds a huge rear wing. The list of standard features includes a traction control system and a digital instrument cluster, while options include suspension travel sensors.

The updated Toyota GR Supra GT4 Evo is already on sale globally, and pricing starts at 186,000 euros (around $186,000). Teams currently racing the last evolution of the Supra GT4 can purchase an upgrade kit to bring their car to Evo specifications. The coupe is scheduled to make its track debut at in January 2023 at the 24 Hours of Daytona, which is the first round of the IMSA Michelin Pilot Challenge season.