This Book Wants to Demystify Collector-Car Ownership for First-Timers

About a decade or so ago, Veteran New York Times automotive writer Robert Yeager began noticing an interesting emergent trend in the collector-car market. “I started writing about auctions and the growth of the importance of the Internet,” he told Car and Driver. “And one of the people I interviewed at Bonham’s, this big auction house, noted that they were really starting to sell a lot of cars to younger people.”

When he cross-referenced this anecdotal information with other data sources, he found it true.

Looking to do some speed reading?

“The enthusiast hobby had been dominated by older folks, mostly men. But the whole world of collectible cars was changing and, and buyers were getting younger. And it was really becoming very dramatic.”

This led Yeager to pitch, sell, and write a book about the subject, The Next Gen Guide to Car Collecting: How to Buy, Sell, Live With & Love a Collectible Car (Motorbooks, $29.99).

Motorbooks The NextGen Guide to Car Collecting: How to Buy, Sell, Live With and Love a Collectible Car 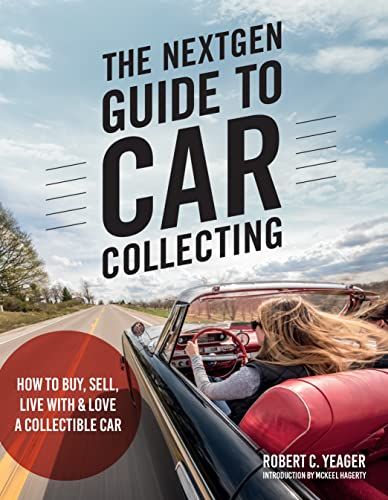 Motorbooks The NextGen Guide to Car Collecting: How to Buy, Sell, Live With and Love a Collectible Car

The book is very much an instructive guide, featuring, as the title suggests, step-by-step information on how to source, purchase, and care for any vintage vehicle. It also offers a deep-dive guide to specific up-and-coming models from America, Japan, and Europe, mainly those from the last decades of the 20th century, now popular with Millennials and Gen X-ers. And it throws in some automotive history, particularly some stories of women in the hobby, many of whom have not received their deserved recognition.

More than this, the book focuses on the ways in which we as humans connect with our vehicles, or the vehicles we long for.

“Cars are an intimate part of our lives. They represent all kinds of important human connections with people we love. And they follow us through our lives, so there’s inter-generational involvement between members of a family, or friend groups,” Yeager said, noting that he is himself a grandfather who's hopeful his grandchildren will share his passion for cars.

Befitting our often-isolated era, the book also has advice for how to find an automotive community, in person and/or online, to support one’s interest in young classic cars. Though Yeager came up with pre-war Ford hot rods and owned a number of 1960s Alfa Romeos—including a

Yeager sees his new book as a point of entry for fresh or curious members of the hobby—the LeMons and Radwood cohorts, among others. “It's a book for what I think of [as] gateway collectors. People that are in their thirties, forties, kind of getting started,” he said. But it’s not exclusive of other groups. “I think that an experienced car person would also like the chapters about how to buy, how to sell, how to live with a car,” he said.

More than this, he is proud of the book’s focus on automotive affection. “Another thing I really wanted to stress in the book was love,” he said. “I don't think the publisher really was quite on board with that at the beginning, but I was glad to see the word love wound up on the cover. I had so many people talk to me about how they love their cars, how they connected with them. And I myself had the experience of crying when I sold a car, so I think it definitely belongs there.”