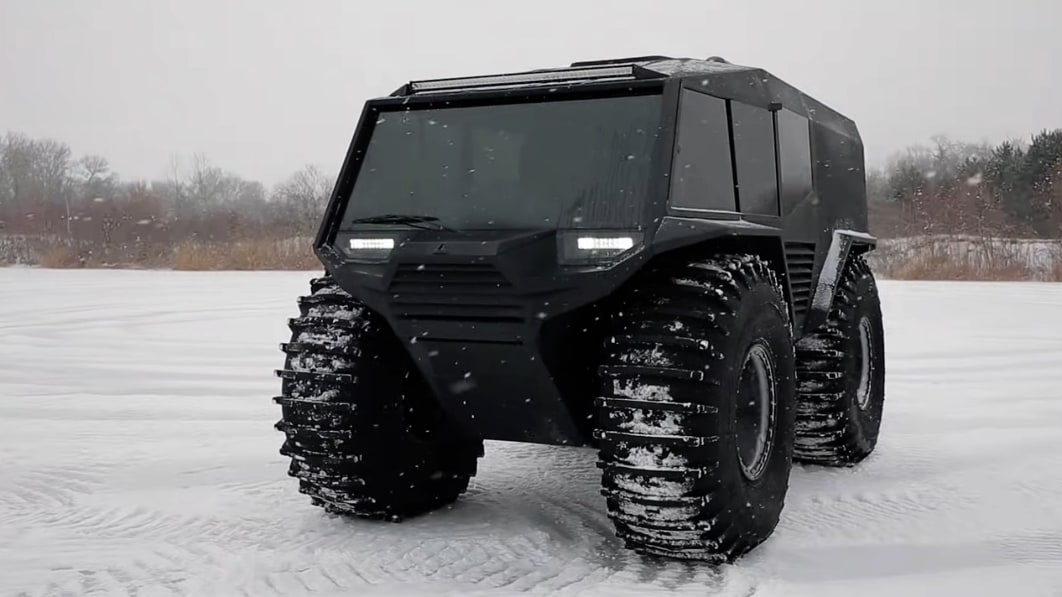 Off-roading vehicles are a dime a dozen, but this epic all-terrain mini beast will turn heads. Atlas ATV is a Ukrainian-made off-roading vehicle that can traverse both land and water. If this vehicle looks familiar, it’s probably because it shares the same platform as the Sherp ATV. Unlike the Sherp ATV, Atlas ATV is longer with a larger cabin, and some added features.

Atlas ATV weighs 4,850 pounds and has a max load capacity of over 3,300 pounds. It can comfortably carry 12 passengers, but don’t expect the Atlas to be a speed demon. The all-terrain vehicle only has a top speed of 37 mph on land or 4.3 mph on water. It also has all-wheel drive, and the four massive wheels act as propellers when in the water. Atlas claims that anyone with a driver’s license can operate its vehicles. If you had the Atlas ATV for one day, where would you go?