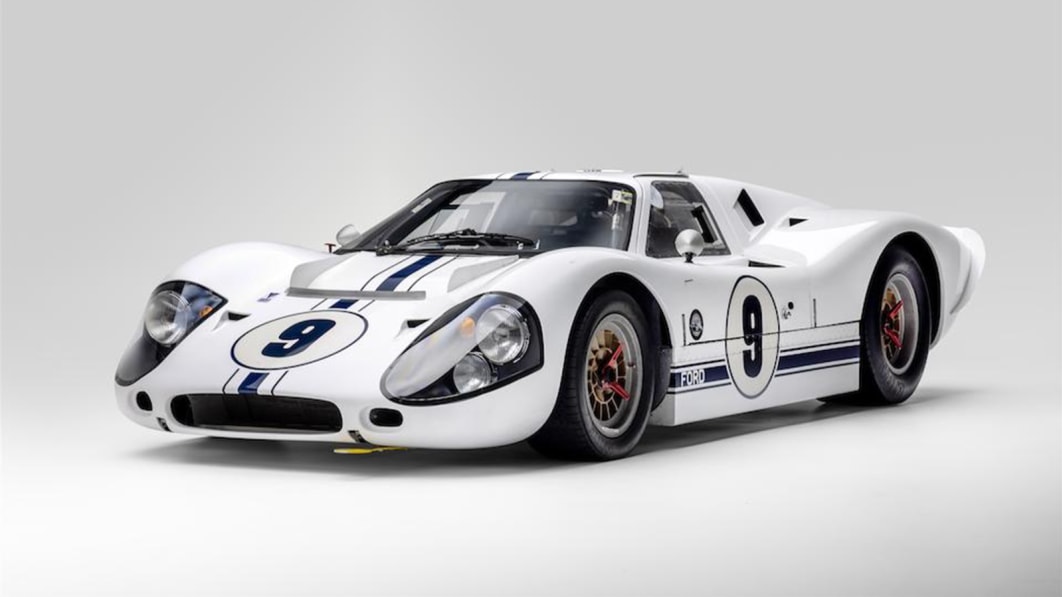 No matter what, any genuine Ford GT40 is a special and valuable machine. But this 1967 Mk. IV model that Bonhams will auction at its Monterey Car Week event has a particularly interesting history. It never got a shot at Le Mans because of rule changes, and as such, it ended up as a test car for a completely different racing series.

As the auction house explains, this GT40 is one of the 10 chassis that was built into a functioning car when it was new. It also got one of the big 7.0-liter V8s. Unfortunately, the rules for the 1968 Le Mans race banned engines larger than 5 liters in displacement. So Ford instructed a company called Kar Kraft to rework the car into a prototype for the Can-Am racing series. You can see period photos of it in the gallery above with a really strange adjustable wing. The car also appeared as a cutaway drawing on the cover of Car and Driver for November 1967. The auction house also notes that Mario Andretti test drove the prototype and found it rather scary.

After its time with Ford, it went to two brothers who were former Shelby mechanics, and they had it until 2012. Then it was purchased by a shop in Connecticut that got it back into shape and gave it a GT40 Mk. IV body. Fortunately, the Can-Am prototype body was retained and will go with the car. It has participated in a variety of vintage races, and starting in 2018, its original engine and transaxle were rebuilt.

Unsurprisingly, this GT40 will probably go for big money. Bonhams estimates it could go for between $3 million and $3.5 million. It crosses the block this coming week at the Bonhams Quail Lodge auction.