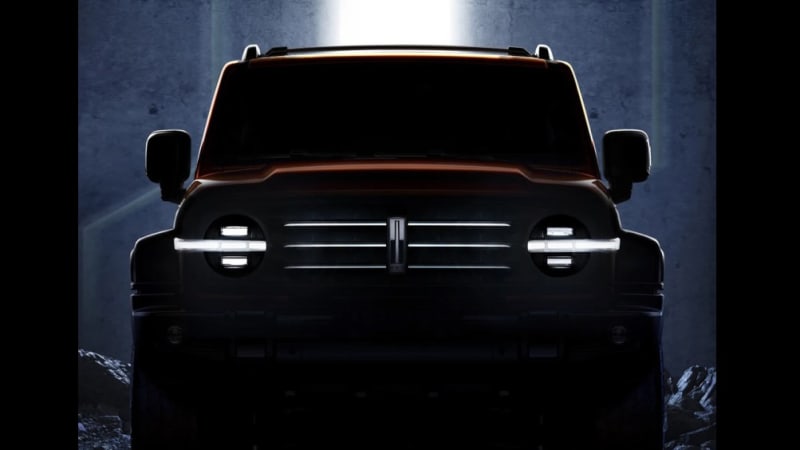 American motorists aren't the only ones who fell head over heels for the new Ford Bronco. Across the Pacific, China-based Wey announced an SUV called P01 that incorporates some of the off-roader's styling cues.

Up front, the P01 is characterized by a tall, upright grille and round lights each split by horizontal LEDs. This design solution also appears on the Bronco and the Bronco Sport, and it was leaked online in December 2019. Its fender flares are closer to the Jeep Wrangler's than to the Bronco's, while its rear end wears vertical lights and an external spare tire. It's not a Xerox copy of the Bronco, but the Ford vibes are strong. It's also reminiscent of the Jeep CJ-like Beijing Automotive Works (BAW) BJ212 introduced in 1965 and built for decades.

We don't know if the P01 features unibody architecture, or if it gets a more rugged body-on-frame design. Similarly, technical specifications remain under wraps. Don't expect to find a mighty V8 or a twin-turbocharged V6 under the hood, however. China's vehicle tax structure puts large-displacement engines at an immense disadvantage, so the odds of seeing more than four cylinders after opening the P01's hood are relatively low.

Developed largely for the Chinese market, the Wey P01 will make its official debut online in the coming weeks, and it will go on sale shortly after. We'll have a better idea of how close it truly is to Ford's latest off-roaders when it breaks cover. Don't expect to see it in the United States, where Wey has never sold a car.

Wey was formed as a premium brand in 2017 by Great Wall Motors, a 36-year-old Chinese manufacturer that puts a major focus on pickup trucks and SUVs; it's sometimes called China's home-grown Jeep. If the name sounds familiar, it's likely because BMW operates a joint-venture with Great Wall in China and it asked its partner to start building electric Mini models in the early 2020s. And, do you remember the reports of a Chinese brand interested in purchasing Jeep or Fiat-Chrysler Automobiles (FCA) in its entirety? That was Great Wall, too.