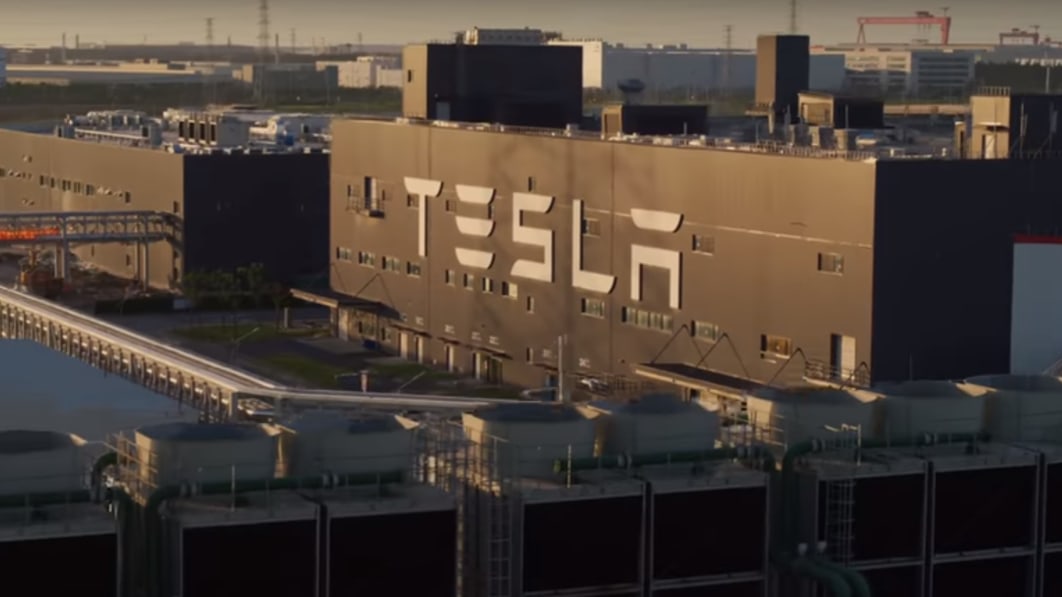 Tesla recently published a video tour of its Giga Shanghai factory. The promotional video offers a glimpse of the many automated lines that build the Model Y and Model 3 EVs. The 9.3 million square foot plant is located in Lingang, which is a little over an hour southeast of Shanghai proper.

The video was originally posted to Chinese social media platform Weibo, but was re-posted to YouTube by a third party. The video's caption is translated as, "A Tesla is more than the sum of its parts, because we have a rigorous quality control and attitude."

Fast-paced clips begin with the stamping of steel into body panels, followed by shots of the chassis and body moving along automated assembly line platforms. While some sections are similar to that of any auto factory, like paint application or the marriage of body onto the chassis, we also get peeks at processes seldom seen. Those include the battery pack assembly line putting together packs of LG Energy cells, and the construction of electric motors.

Then it's off to quality control, which has separate video devoted to it shown above. There, we see x-rays, lasers, and some pretty fancy torque wrenches checking over the frame and body. There's even a water test for leaks and smoke test where a cloud is pumped into the interior to check the airtightness of the cabin.

Finally, it's time to drive the car on a small test course. There are speed bumps, Bott's dots, and one where the test driver is forced to pilot an electric car through about 20 inches of water.

Given Tesla's difficult time in China recently, it's not surprising that they might want to emphasize quality control. The Giga Shanghai factory is one of the largest EV plants in the world, with a weekly target of around 5,000 cars and an annual output of about 250,000.