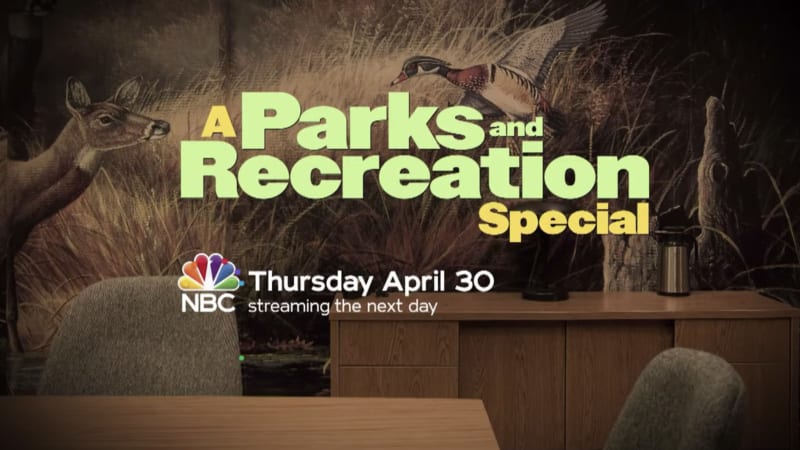 On April 23, NBC Universal announced the return of modern comedy classic "Parks and Recreation" for a special one-time reunion to help raise money for the Feeding America COVID-19 Response Fund. Joining the good-spirited event, Subaru announced this week it would help sponsor the special by matching donations up to $150,000. The all-new show will air Thursday, April 30, at 8:30 p.m. ET, and donations can be made through FeedingAmerica.org.

For 30 minutes, fans of Leslie Knope and her trusty crew of buddies will have the chance to temporarily escape the current stressful times caused by the coronavirus and COVID-19 pandemic. The show was filmed from the actors' houses and will adopt a theme set by current times. "Leslie Knope is determined to stay connected to her friends in a time of social distancing," an NBC press release says.

All of the original characters will return for the special, including Amy Poehler as Knope, Nick Offerman as Ron Swanson, Aziz Ansari as Tom Haverford, Rashida Jones as Ann Perkins, Aubrey Plaza as April Ludgate, Chris Pratt as Andy Dwyer, Adam Scott as Ben Wyatt, Rob Lowe as Chris Traeger, Retta as Donna Meagle, and Jim O'Heir as Jerry Gergich.

“We were looking for ways to help and felt that bringing these characters back for a night could raise some money,” executive producer Michael Schur said in the release. “I sent a hopeful email to the cast, and they all got back to me within 45 minutes. Our old ‘Parks and Rec’ team has put together one more 30-minute slice of (quarantined) Pawnee life, and we hope everyone enjoys it. And donates!”

For those who are unaware, "Parks and Recreation" is set in the fictional small-town of Pawnee, Indiana. So, it makes sense that Subaru, a company with a manufacturing plant in the heart of Indiana, would pitch in. Subaru and State Farm will join NBCUniversal, as well as the writers, producers, and cast of "Parks and Rec," in matching donations collected until May 21. Subaru will match donations up to $150,000, as will State Farm, for a potential total of up to $500,000 in matched donations.

The donation comes after Subaru previously committed to providing Feeding America with 50 million meals for COVID-19 relief. By the organization's standards, $1 can provide up to 10 meals. Donate at FeedingAmerica.org and watch the show April 30.