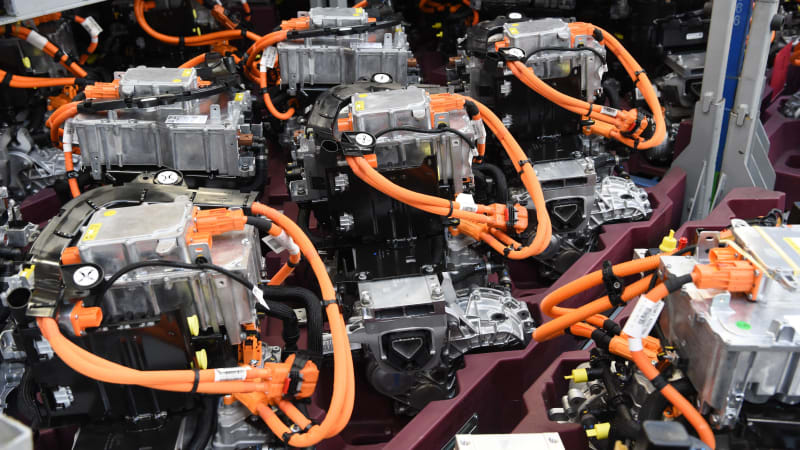 Electric motors on the assembly line at the Stellantis powertrain facility in Tremery, France. (Reuters)

AMSTERDAM — Automaker Stellantis on Thursday reported higher earnings in the first half of 2022 compared with last year, pointing to a nearly 50% increase in global sales of battery electric vehicles.

Stellantis, which was formed last year with the merger of Fiat Chrysler and France’s PSA Peugeot, said net revenue reached 88 billion euros ($89.86 billion), a 17% increase from the first half of last year. Net profit hit 8 billion euros, up 34%.

The world’s fourth-largest automaker said sales of low-emission and battery electric vehicles have been increasing, with the latter up by nearly 50% from last year to 136,000 units.

The automaker has stepped up investment in electric vehicles, with projects announced earlier this year in North America.

A joint venture between Stellantis and Samsung plans to spend more than $2.5 billion to build an EV battery factory in Indiana for a range of vehicles produced at Stellantis’ North American assembly plants.

The carmaker also said it would invest billions in upgrading two Canadian assembly plants and a research center as well as building a large EV battery factory in Ontario in a joint venture with South Korea’s LG Energy Solution.

U.S. regulators have opened three investigations into safety issues with about 1.65 million vehicles made by Stellantis, but none has been recalled so far or linked to crashes or injuries.