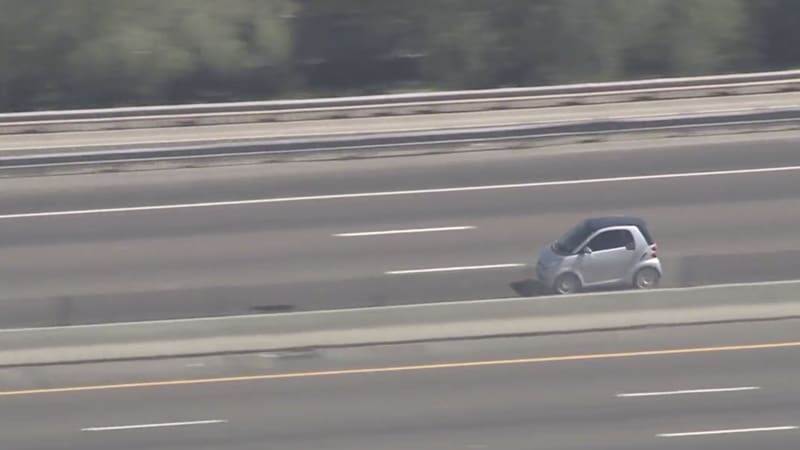 Well, this happened. A man was arrested after he led police on a long chase through metropolitan Phoenix in a silver Smart ForTwo, a car with 89 horsepower and a top speed of 96 mph. Worst getaway car ever?

The action, if you can call it that, started Wednesday in suburban Gilbert, where police responded to a call about a suspicious man screaming in the parking lot of a Walmart. Fox 10 reports that the man refused to speak with police, got into his pint-size ForTwo and took off. Officers tried to pull him over, but the driver refused and ran several stoplights.

From there, he headed west on Interstate 10, where the station’s helicopter captured nearly 41 minutes of decidedly unexciting footage in which you can see a police SUV briefly giving chase as the suspect drove west on the lightly trafficked freeway, appearing to drive at highway speeds.

Police reportedly eventually gave up the chase for unknown reasons. But the suspect was apprehended after police used a pit maneuver to get him to stop.

Parent company Daimler discontinued combustion versions of the Smart in 2017 in the U.S. and stopped selling the brand altogether following the 2019 ForTwo Electric Drive. Chinese automaker Geely last year purchased a 50% stake in the automaker.