Ride along as Toyota Supra laps Nurburging in 7:52:17 in this cockpit view 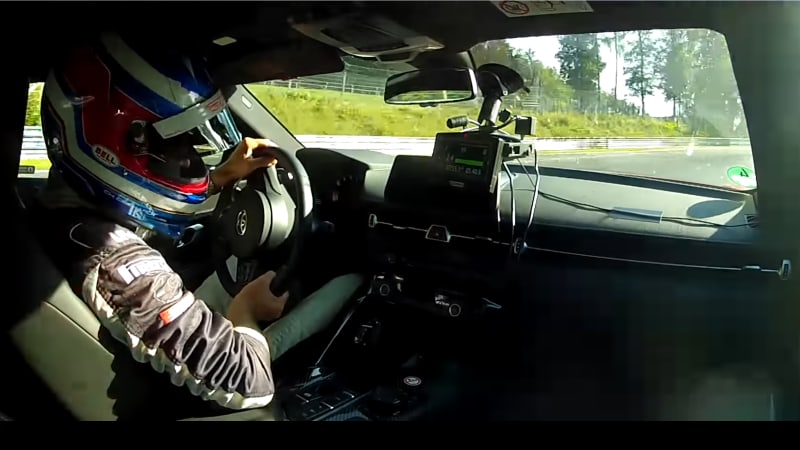 Here’s a new video from Germany’s Sport Auto magazine that shows journalist Christian Gebhardt steering a 2020 Toyota Supra around the Nürburgring’s tight corners in an impressive 7:52:17, all from a camera mounted in the passenger seat.

Interestingly, the feat comes after Gebhardt drove a BMW Z4 M40i, the sports car that shares much of its engineering and mechanics with the Supra, around the ‘Ring in 7:55:41 back in September 2018. That means the Supra bested its German sibling by three seconds and change.

The video gives us a nice sense of the exhaust note from the Supra’s 3.0-liter turbocharged inline-six, which makes 335 horsepower and 365 pound-feet of torque and boasts a 4.1-second 0-60 mph time. Gebhardt briefly peaks at 260 kmh — 161 mph — during a long straightaway near the end of the course, which is higher than the car’s advertised top speed of 155 mph.

Keep in mind that Toyota plans to boost performance, and likely output, in future variants of the Supra. So its Nürburgring performance will likely only improve.