Renault's 5-based 1980s rally icon has been reinvented by a new company named Legende Automobiles that was founded in Los Angeles by three French enthusiasts. More than a simple resto-mod project, the born-again mega-hatch picks up where the 5 Turbo 2 left off at the end of an illustrious racing career so it's logically called Turbo 3.

At first glance, the Turbo 3 looks like a Turbo 2 with minor design tweaks, but a closer look reveals that nearly every exterior detail has been modified to some extent. Up front, the hatchback wears square LED headlights and a redesigned bumper. The vents chiseled into the rear wheel arches have been modernized, while the back end receives a bigger roof-mounted spoiler, new-look LED lights, and an updated bumper that integrates twin square exhaust tips as well as a two-piece air diffuser. It also rides on specific 16-inch front and 17-inch rear wheels.

Legende Automobiles notes the body is hand-made with carbon fiber, though whether it starts the project from scratch or with a donor 5 — infamously called Le Car in America — isn't clear. Regardless, making it wider allowed the company to fit the aforementioned wheels (which are larger than the ones Renault fitted to the Turbo 2), while the suspension geometry is shared with the 5 Maxi Turbo built to compete in international Group B rally events.

Much bigger changes are found in the cabin, where the Turbo 3 shares little more than a two-seater layout with its predecessor. Sitting on a sport seat with a five-point harness, the driver faces an oval steering wheel, a digital instrument cluster flanked by two rows of buttons, and a simple center console with a pair of air vents, a storage cubby, and three dials for the climate control system. It's a wonderfully minimalist layout. Don't look for a touchscreen as wide as the dashboard, an Alexa-enabled infotainment system, or a head-up display here.

"Technology has given us many great things, but it has also taken away the tactile experience that we, as car nuts, are missing in today's driving," explained the company on its website.

Drivetrain specifications remain under wraps. All we know at this stage is that power comes from a turbocharged, mid-mounted engine that sends about 400 horsepower to the rear wheels via a manual transmission. For context, the Turbo 2 used a turbocharged, 1.4-liter four-cylinder rated at about 160 horsepower in its basic state of tune.

Pricing and availability also haven't been released, either, though nothing suggests the Turbo 3 will be cheap. Legende Automobiles notes it "ignored all financial advice and spared no expense" during the development process. We've reached out to the firm to ask for more information, and we'll update this story if we learn more. 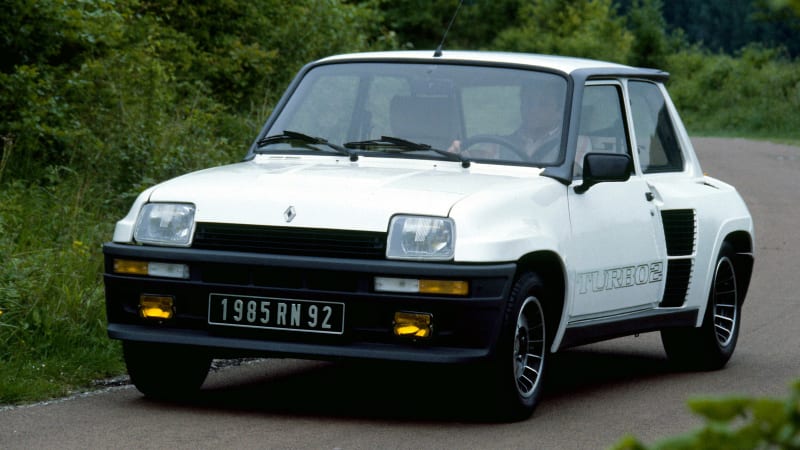 Released in 1980, the Renault 5 Turbo landed as a competition-ready evolution of the humble 5 fitted with aluminum body panels to keep weight in check, a specific interior designed by Bertone, and a mid-mounted engine. While it was primarily developed as a race car, about 1,700 street-legal examples were sold in spite of a sky-high price. Launched in 1982, the Turbo 2 (pictured above) cost less by ditching the aluminum bits in favor of steel panels and adopting an interior shared with the 5 Alpine Turbo. Around 3,200 examples of the Turbo 2 were made.

Renault unexpectedly released a follow-up to the 5 Turbo in 2001 when it stuffed a 2.9-liter V6 behind the front seats of a second-generation Clio. It built a little under 3,000 cars before pulling the plug on the project in 2005, and it hasn't revisited the concept since, though Turbo styling cues have appeared in some of its concept cars.

We're thrilled the aftermarket stepped in to finally give the 5 Turbo the legacy it deserves.