Millions of red crabs crawled across Christmas Island on Tuesday, part of their annual migration to the ocean on the island off the coast of Western Australia.

"The roads have been a seething mass of red crabs. It's caused traffic jams on this small island and people having to get out of their cars and rake them out the way."

Tiernan said the ecological phenomenon of crabs migrating to the sea to spawn occurs nowhere else in the world on such a scale. 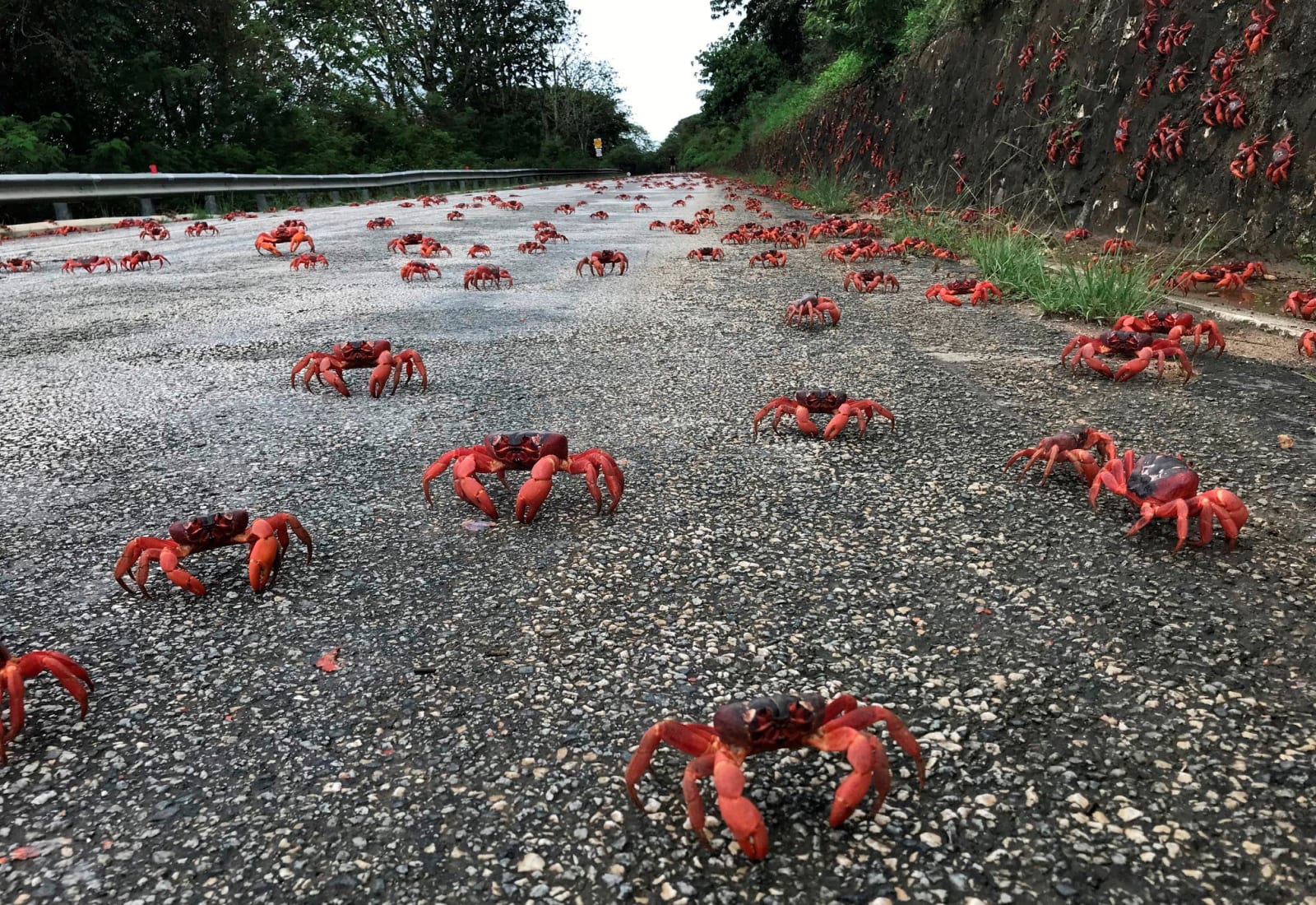 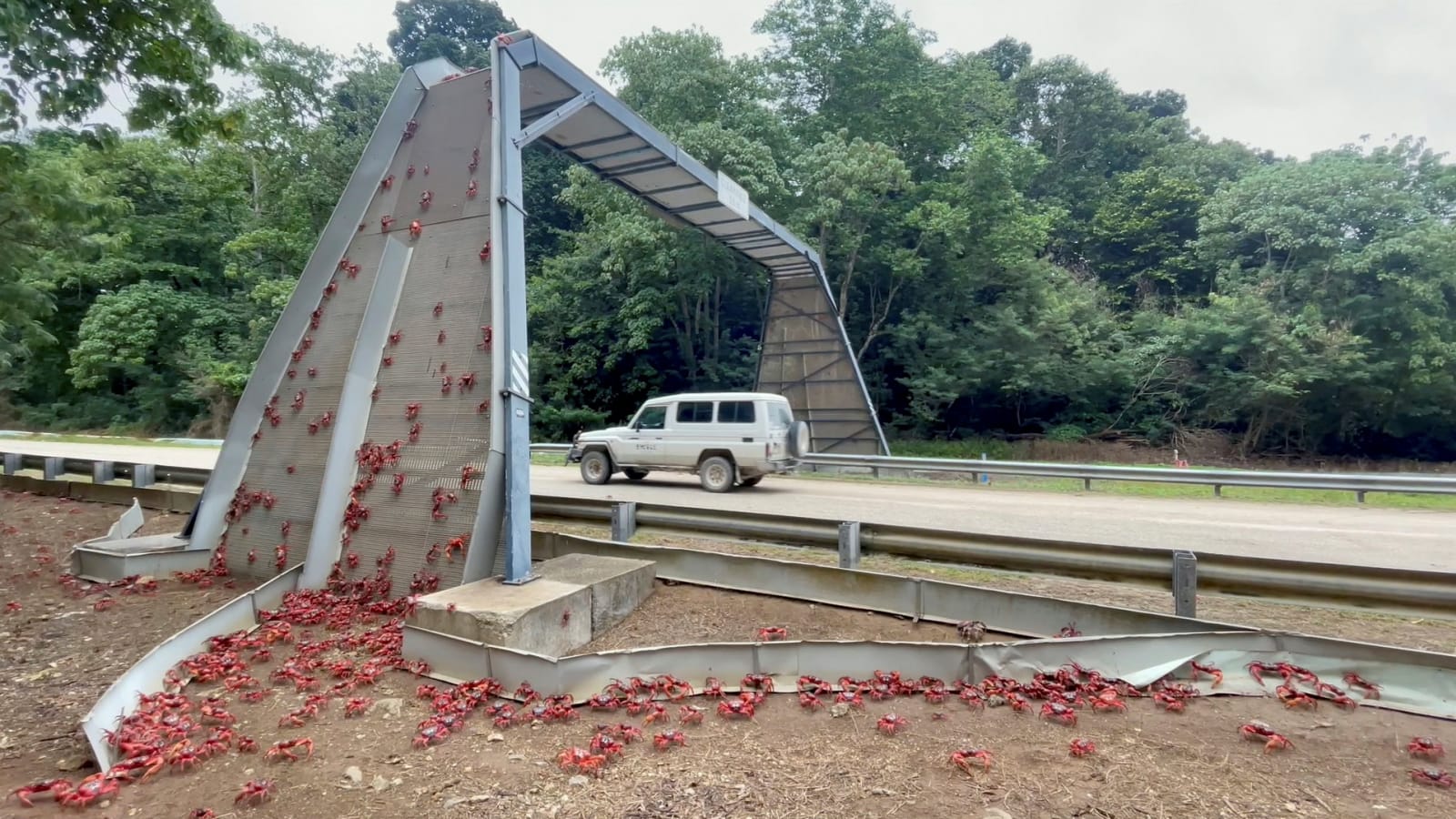 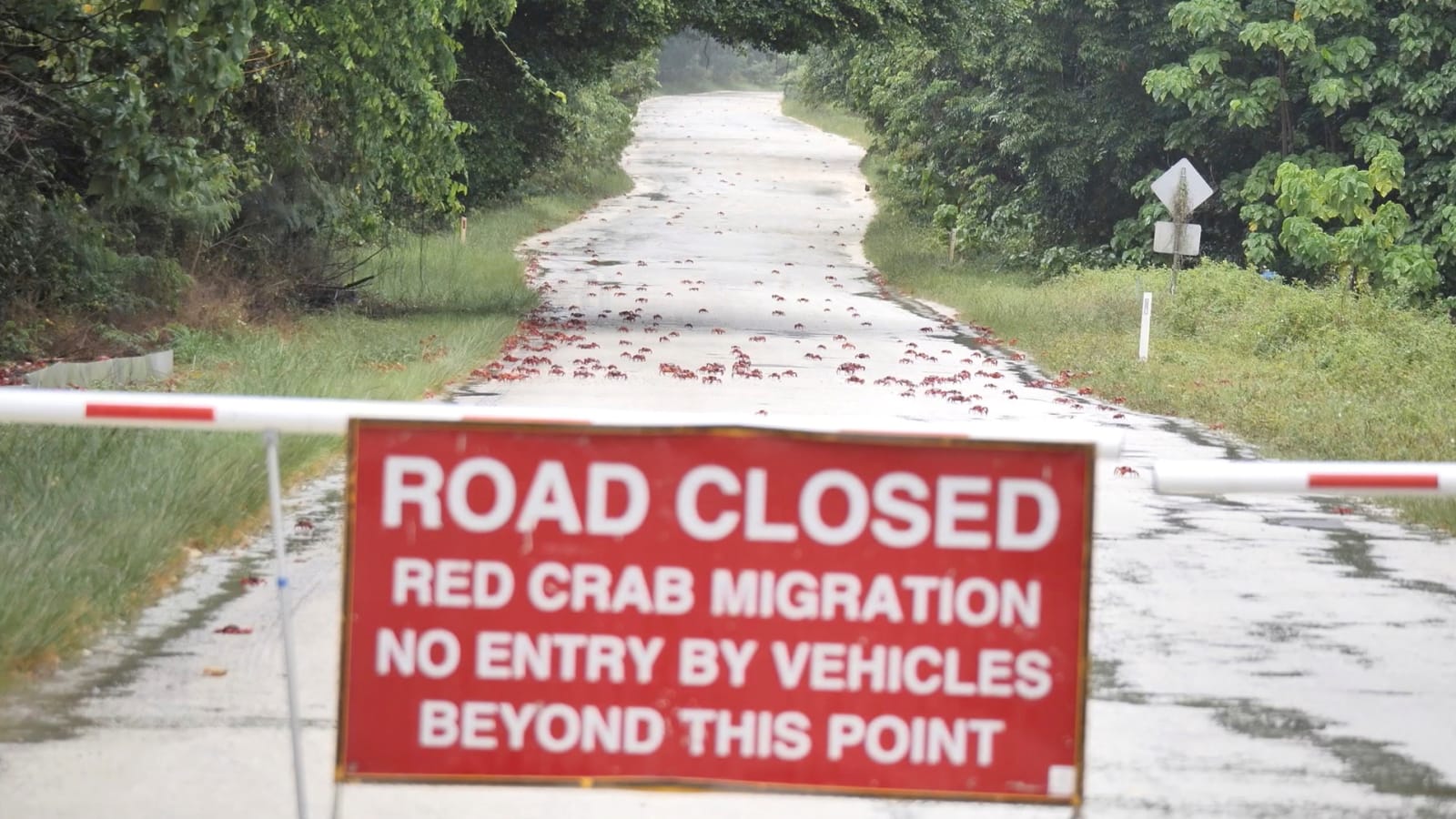 "Sometimes we call it red crab island; the island's community acknowledge just how important red crabs are to our ecosystem and to our economy, to tourism," he said.

After mating, male crabs will journey back to the jungle as the females stay behind in burrows for about two weeks to lay eggs. Each female can produce up to 100,000 eggs, which she will deposit into the ocean.

"Some people were quite freaked out by the fact that they're surrounded by millions of crawling arthropods, whereas other people are just immersed - basically do a little 'red crab angel', they'll lie on ground and let themselves get covered in red crabs," Tiernan said.

The Christmas Island red crab is unique to the island and protected by Australian law.