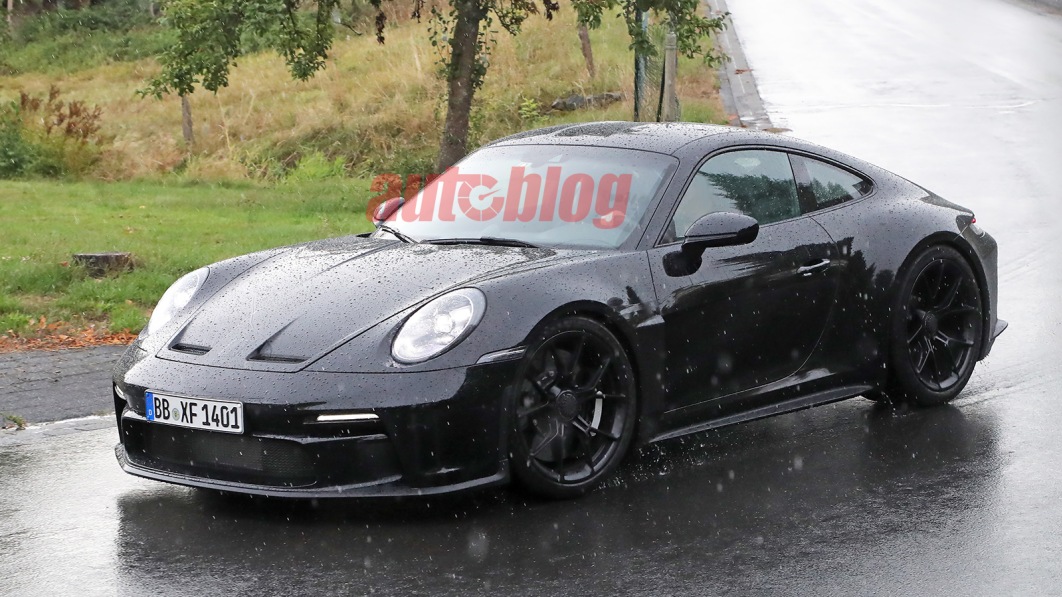 Porsche has a few special 911s in the works (also, news flash, water is wet), and these spy photos give us a pretty clear look at one of the hotter ones. It's reportedly called the 911 ST, a callback to an ultralight racing 911 model from 1970 and 1971. From the looks of it, it's based on the 911 GT3 Touring, but it has a number of upgrades likely focused on weight reduction.

The GT3 connections are clear with the front bumper, vented hood, mesh engine cover and rear bumper with center exhaust and diffuser. But the roof is unique, with a creased double-bubble design. The front fenders are different, too, as they have large air extractor vents. The doors lose the flush-fitting handles of the GT3, and instead have more traditional pull-style ones like the GT3 RS. Odds are, all of these are lighter-weight parts than those on the GT3 Touring.

The big question is: What version of the naturally aspirated flat-six will be in the 911 ST's tail? At minimum, it'll make 502 horsepower like the regular GT3 Touring, though as much as 518 could be possible, just like the GT3 RS. And of course, there's the question of transmission, which could include either or both a six-speed manual and a seven-speed dual-clutch automatic.

We're expecting the ST and the other special 911s to be shown throughout 2023. And considering how little is covering the car in the spy photos, the ST could be among the first shown.