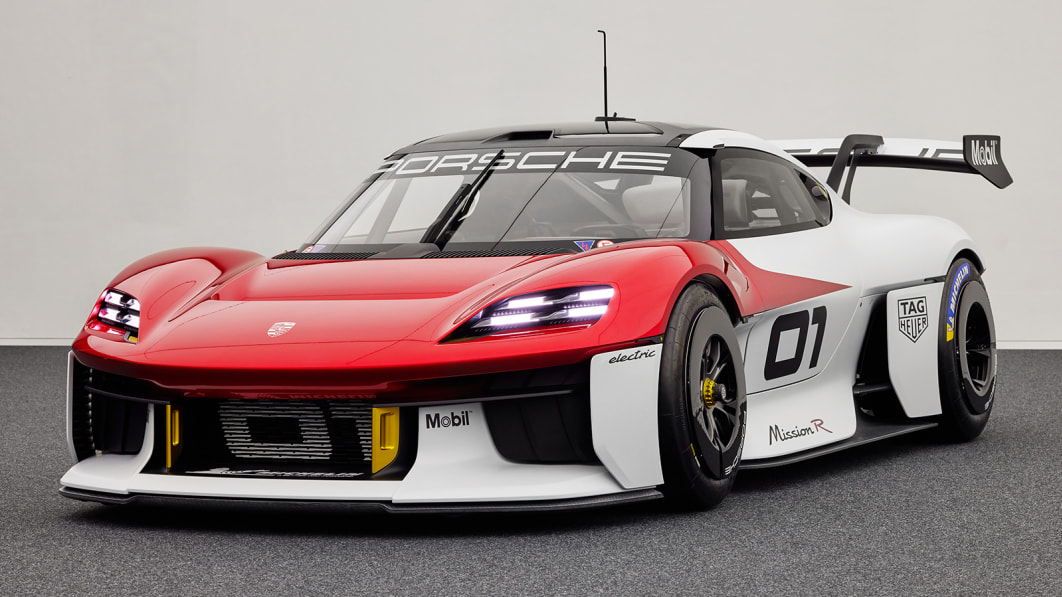 Confirming a long-standing rumor, Porsche announced that the 718 Boxster and the 718 Cayman will go electric by the middle of the 2020s. This shift is part of the Stuttgart-based company's goal to have electric cars represent at least 80% of its global sales by the 2030s.

"By the middle of the decade, we want to offer our mid-engine 718 sports car exclusively in all-electric form," said company boss Oliver Blume during a press conference. He stopped short of revealing precisely when the electric model will make its debut, or when the current 718s will retire, but the timeline corresponds neatly with the 2025 launch of the Euro 7 emissions norms structured to make many gasoline- or diesel-powered cars unviable. It's not a coincidence that Porsche previously said the current Macan will retire at that time as well.

An earlier report claims that the Mission R concept (pictured) introduced in 2021 quietly previewed the electric two-seater. Again offered as a coupe and as a convertible, the next-generation 718 will look like a toned-down version of the concept, which was created with track use in mind, and it will be built on a purpose-designed platform in a bid to keep weight in check. Going electric adds weight, but Porsche will use every trick in its book to offset as much of it as possible. The project's target weight is allegedly set at under 3,650 pounds. In comparison, the Boxster tips the scale at 3,021 pounds. Rear-wheel-drive will come standard, and all-wheel-drive will reportedly be optionally available.

Fans of the mid-mounted engines still have some time to add a 718 to their garage. The same report suggests that the current-generation cars might be sold alongside their electric predecessors for a brief period, a strategy that Porsche is also adopting with the Macan. However, keep in mind that none of this is official; the only detail confirmed by Porsche at this stage is that electric 718s are a couple of years away.