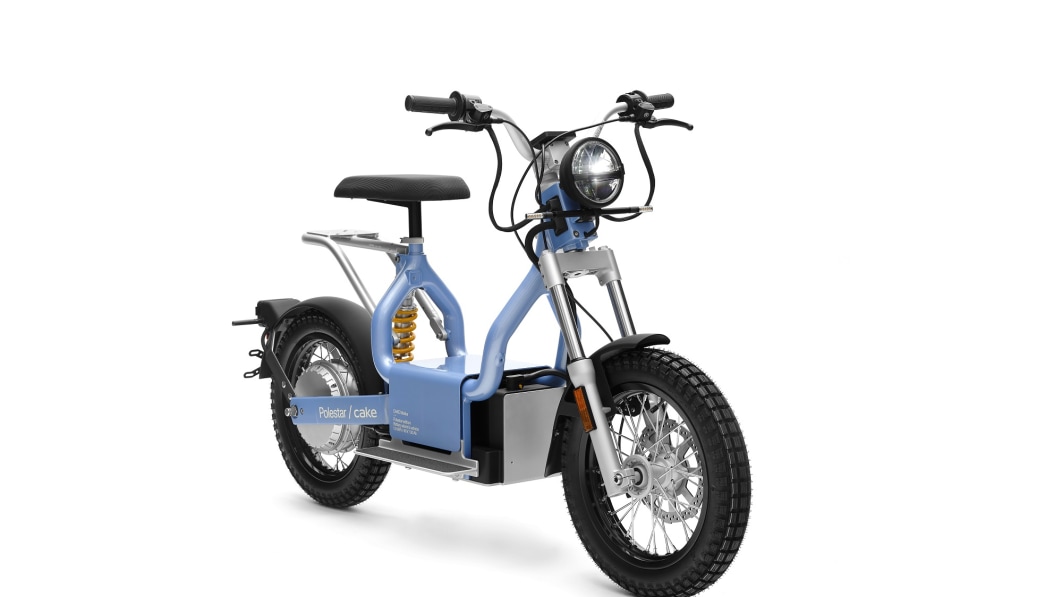 Polestar has several new models in the pipeline but one smaller than the 2 isn't planned — at least not one with four wheels. The company teamed up with Swedish moped manufacturer Cake to build a limited-edition two-wheeler inspired by its upcoming flagship convertible.

Called Makka, the moped was available in some European countries in 2021 (it's now sold out) but it wasn't offered in the United States. It's making its American debut in December 2022 finished in a color called Sky Blue that echoes the 6, a high-end electric convertible due out in 2026 with 884 horsepower. Polestar notes this color is specific to this new version; the Makka launched in 2021 was painted in Snow Matte.

While you'll be disappointed if you're expecting anywhere near the 6's output, the Makka remains surprisingly advanced for a two-wheeler designed to navigate the urban jungle. It features an Öhlins rear shock, performance- and range-oriented riding modes, and a detachable rear carrier that lets the rider install a cargo rack, a storage box or a seat to carry a passenger. Top speed checks in at about 28 mph, which is plenty for a little two-wheeler, and the moped offers up to 31 miles of riding range thanks to a removable 1.5-kilowatt-hour battery.

Sold via the Polestar Additionals online store, the Makka costs $5,300.