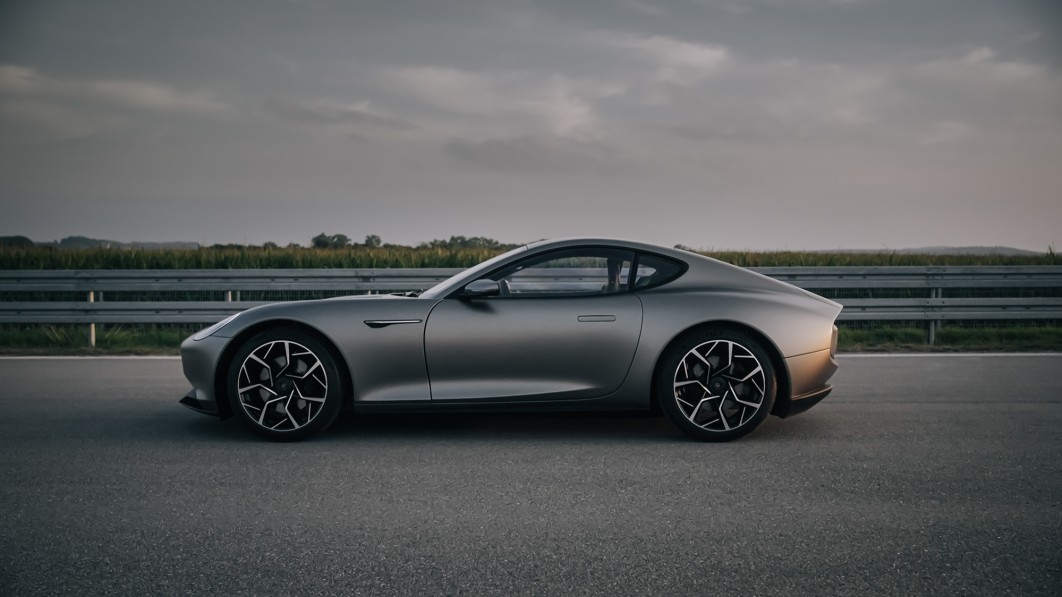 At the 2019 Geneva Motor Show, Anton Piëch introduced himself to the wider world with the Piëch Automotive Mark Zero concept. The man is a son of late Volkswagen Group chairman Ferdinand Piëch who goes by Toni. All he would tell us about the two-door coupe with the timeless long-hood-short-tail design was that it would weigh about 4,000 pounds and go more than 300 miles on a charge. More than two years later, after coronavirus delays and a few funding rounds, the Mark Zero is ready to enter the prototype testing phase with a new name and some scintillating claimed specs.

Now called the Piëch GT, the basic concept is the same as it was in Geneva: Two doors, two seats, batteries arranged in a "T" shape along a center tunnel in the cockpit and across the rear axle, and three 150-kW (201 horsepower) electric motors. One motor resides on the front axle, the other two at the rear for 603 combined ponies, and the weight distribution is similar to a mid-engined sports car at 40% front, 60% rear. That weight figure comes in at 1,800 kilograms (3,968 pounds), about the same as an Aston Martin DBS. Compared with a Porsche 911, the GT is 5.5 inches shorter, 6 inches wider, and sits 2 inches lower. Zero to 60 mph is said to pass in under three seconds, and 0 to 124 mph clocks less than nine seconds.

The battery pack, sourced from Chinese company Desten, rings up a 75-kWh capacity said to power the GT for 500 kilometers (311 miles) on a charge on Europe's WLTP cycle. Piëch says the battery's pouch technology keeps them lightweight and provides improved thermal management, and the chemistry has advanced quite a bit in the years since the coupe's debut. Plugging into a 350-kW fast charger is said to restore 80% of battery charge in eight minutes. Bettering that, Piëch says it's working with Chinese company TGOOD on a proprietary charger that can refill 80% of the battery in five minutes.

This will be welcome news if it comes to pass, but Piëch is in no hurry to prove it. Toni Piëch said the company will test a series of prototypes the same way any luxury German manufacturer would, meaning the GT will endure 2.5 years of extreme environments before going on sale in 2024. Piëch CTO Klaus Schmidt leads development, his resume including 30 years at BMW M, part of which was spent in charge of technology and handling dynamics.

Former Tesla Director of Central Europe Jochen Rudat is in charge of Piëch's sales division. The company plans 60 in-house sales outlets, just as Tesla has built, and it has already signed outside firms to provide aftersales service. Volumes are unsurprisingly modest with 1,200 units planned for the first full year of sales. After that, Piëch is already working on an SUV and a 2+2 to ride on the same platform.