It may have taken the bank account of a Bond villain, but every penny of the the $3,209,773.17 spent on this Aston Martin DB5 prop car is going to charity. Aston Martin built eight prop versions of the DB5 for the 2021 Bond film No Time to Die, with each serving a specific purpose in bringing the film to life. Each prop car is uniquely modified, with this particular car featuring rotating license plates, retractable headlights, pop-out machine guns, and firing prop bomblets. 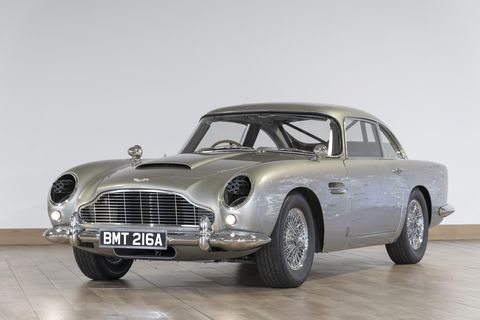 We had the chance to drive some of the No Time to Die stunt cars around Britain's famous Silverstone Circuit before the movie was released. The conclusion? Like most illegal things, non-regulated movie prop cars are joyous fun as well as being fantastic to drive—even if they aren't street legal. All proceeds from the DB5 sale were donated to the Prince's Trust charity, which helps young people in Britain between the ages of 11 and 30, as well as the Prince of Wales Charitable Fund to support of former employees of British Intelligence Agencies and Special Forces.

The DB5 may have fetched the highest bid of the evening, but it was not the only Bond car sold. A total of three Astons were sold at auction, all having been used in No Time to Die. Also sold was Timothy Dalton's 007 car of choice: a 1981 Aston Martin V8 Vantage much like the car used in the 1987 Bond film The Living Daylights was brought back in Vantage form in the newest film and brought $692,046 at auction. The money generated from the V8;s auction was donated to the UNHCR (United Nations High Commissioner for Refugees). 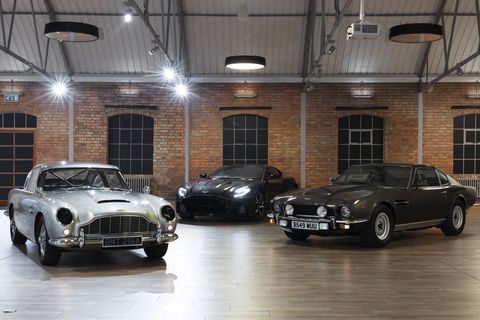 The third Aston sold was one of 25 DBS Superleggera 007 Editions, created by Aston to celebrate the inclusion of the Superleggera into the iconic franchise. The DBS features a plaque complete with etched signatures from actress Lashana Lynch who drove the car in the film, as well as from producers Michael G. Wilson and Barbara Broccoli. The DBS Superleggera 007 edition sold for $442,909 with all proceeds going to the Royal Foundation of the Prince and Princess of Wales.