No fooling: The AMC Gremlin debuted 50 years ago today, April 1 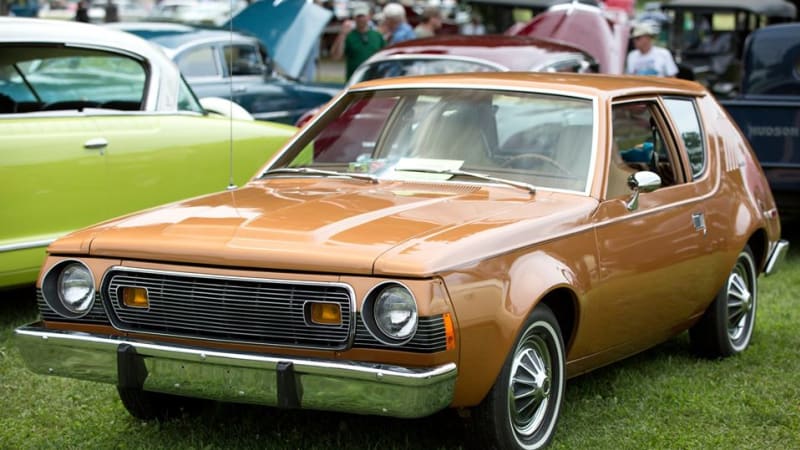 Was it some kind of April Fool’s joke by American Motors Corp. when it unleashed the Gremlin on an unsuspecting world in 1970? After all, its design was reportedly sketched on the back of a barf bag on a plane, and it took its name from a mythical, mischievous creature that causes mechanical, electrical or other system failures.

Introduced 50 years ago today, the Gremlin, once a near-ubiquitous and hard-to-miss fixture on U.S. roads, was Detroit’s first counterpunch to the rising tide of subcompact imported cars that were eating its lunch at the bottom end of the U.S. car market.

“Gremlin is the new American car. It has the lowest list price of any American production car.” So went a 1970 AMC dealer promotional film slideshow with audio, which added the popular selling point, “It’s the smallest production car made in America.” While the Gremlin clearly targeted the segment-leading Volkswagen Beetle and ascendent Toyota Corolla, it was also a competitor — and forerunner, by several months — to the ill-fated Chevrolet Vega and Ford Pinto, proving that Detroit’s initial ventures into modern fuel-efficient compact cars did not go entirely smoothly.

Inspired by the AMC Javelin before it, AMC designers came up with a shortened variant, which first saw the light of day as the AMX-GT at the New York International Auto Show in 1968. The production version of the subcompact, however, used the same platform as the Hornet, a compact car AMC was also developing at the time, after shortening its wheelbase and overall length. It also borrowed heavily from AMC’s parts bin.

Billed as the “first American-built import,” the Gremlin was driven from the rear wheels by a 3.3-liter straight-six engine that made 128 horsepower, compared to the Beetle’s 57 hp, with a 145-hp 3.8-liter inline-six also available. It came with a three-speed manual, or an optional three-speed automatic, and either two or four seats. The car was also 2.5 inches longer than the Bug, 10.6 inches wider and around 800 pounds heavier, with a turning circle more than 3 feet shorter. Its initial fuel economy was 23 mpg — at the time, tops among American production vehicles, but still less than the Bug’s 26 mpg. And in 1970, you could buy one for $1,879, the equivalent of about $12,500 today.

The Gremlin actually earned generally positive reviews from the automotive press, and buyers responded positively, as well. AMC even saddled up a very '70s Levi’s denim trim and interior package. The hatchback benefited from the OPEC oil crisis of the mid-70s, selling 671,475 units before production ended in 1978.

Of course, its awkward looks and abrupt rear end have long made it the brunt of jokes, but it’s also made a comeback recently among collectors. Comedian and puppeteer Jeff Dunham is a fan and once brought a pair of his Gremlins to “Jay Leno’s Garage.” The hatchback also served as the wheels of choice for an episode of Jerry Seinfeld’s “Comedians in Cars Getting Coffee” starring Jon Stewart titled, “The Sound of Virginity.”

So, happy anniversary, AMC Gremlin. It’s hard to remember the 1970s without you.