Here are some entertaining Genesis G90 spy shots. One of our spy shooters caught the next-gen flagship sedan pushing around the Nürburgring wearing considerably less camouflage than the last time we spied it. This G90 also has a full roll cage on the interior, which is about as laugh-worthy as seeing the suspension do some heavy lifting in this heavily cambered corner.

What’s most intriguing about these shots is the look we get at this G90’s new body. The car appears lower, longer and sleeker than before. It features a new window line, in which the bottom edge of the rear window kicks upward at the end instead of remaining flat. And the rear fender design gives the impression of dramatically flared rear hips. All of these attractive features were hidden from us previously, and we’re mighty impressed with what we’re seeing so far.

There’s a definite hint of the new G80 in this design, and it only becomes even more obvious after you take a look at the scooped rear. It has a similar shape to the bumper and trunk. Plus, we can see the pentagon-shaped exhaust tips and a hint of what’s to come with the taillights. It’s not obvious in these shots, but we suspect Genesis will apply its two-band design to the G90 that all of its other models feature. 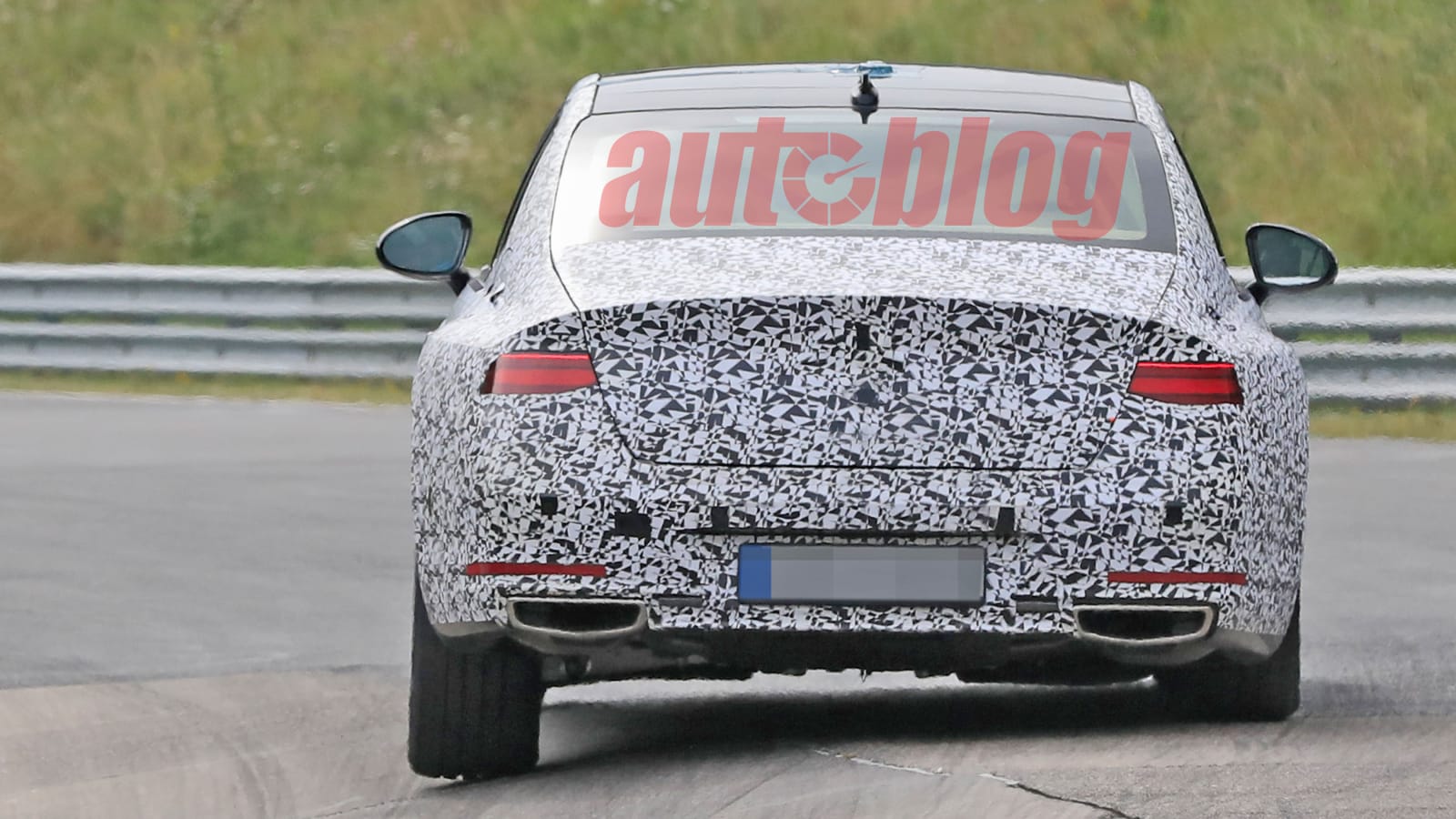 Move to the front, and it’s rather obvious that the front headlights will surely feature the two-band design — we can see the two strips of LEDs up there. Genesis isn’t making much of an effort to cover up the G90’s enormous grille, which isn’t totally unexpected considering the big sedan is on the Nürburgring where it requires copious amounts of cool air. The main central grille looks similar in size and shape to the outgoing G90’s giant mouth, but it adds mesh to the lower bumper, too.

As for the newly-revealed doors and body sides, it looks like Genesis could be using new, electric door handles with the G90. The rear passenger side handle sits flush with the camouflage, and while the front passenger side handle juts out a little, there could easily just be some pre-production strangeness going on with the camo and the door handles. Seeing as the new S-Class finally adopted electric handles, it wouldn’t be out of the question to see Genesis follow suit with its flagship.

The last thing we’ll point out are these snazzy wheels. Genesis has brought the fire with many of its recent wheel designs, and this is another wild set of rims on this car. We’re pumped to see the car without camouflage or wrappings now, because the G90 is shaping up to be one delectable full-size four-door. At this stage of camouflage and testing, we have a feeling the wait won’t be too much longer.