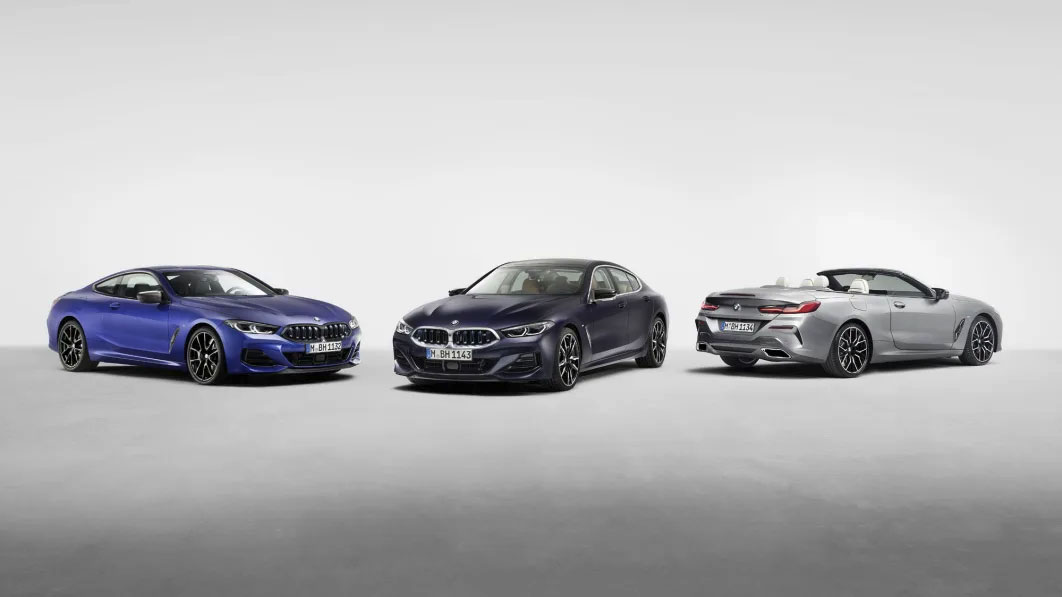 BMW Blog spoke to "sources with a good track record" about what's in store for the 8 Series. The rumors sound like BMW is continuing down the road suggested earlier this year of killing the 8 Series coupe and convertible, keeping just the Gran Coupe for the next generation due in 2026 or thereabouts. The new twist in the scuttlebutt is that this next-gen 8 GC would be battery-electric only. BMW Blog didn't mention a tidbit from a report in January that the 8 Series lineup would branch off into a 7 Series model and merge with the 4 Series to launch a new 6 Series lineup, but combining these two nuggets sounds plausible. The 7 range has been remade with ICE and electric versions. A electric 8 Series Gran Coupe would become a 7 Series Gran Coupe, while the ICE 8 Series coupe and convertible would be parlayed into a new 6 Series.

Of course, this is all speculation. What's not speculative are the sales figures for the 8 Series. The coupe, cabriolet, and Gran Coupe appear to be on track for another annual sales tally of 7,000-8,000 units in the U.S., same as they've done the past two years here. Numbers are well down this year in Europe, though, just as they were in 2021 compared to 2020.

There are still plenty of questions. BMW Blog suggests the automaker "might be looking at simplifying the 8 Series lineup and keeping only the best selling products." Based on the whispers so far, we aren't sure if anything is being simplified or if it's merely being converted to electric and/or relabeled. If BMW's doing like every other automaker, pruning lineups both to save money for widescale electrification and maximize production in the face of supply shortages, it would make sense to trim the 8 range to a sportier electric 7 Series Gran Coupe. Say the 4 Series and 8 Series coupes and convertibles are used to resurrect a 6 Series coupe and convertible — superficially, that's eliminating two cars. But it strains belief to think the 4 would die and BMW would leave the 3 Series without a coupe or convertible option. If the 4 Series dies but the 3 Series picks up one or two new variants — which would be the old variants that became the 4 Series — it's possible no vehicles are eliminated.

What's clear is that the world of big luxury sedans and GTs is going the way of the electron. The Taycan is already here. Maserati just revealed its GranTurismo Folgore. Audi's got an electric A9 E-Tron reportedly coming in 2024, a Bentley EV is due a year or two later. Jaguar's said to be going all-electric with a trio of crossovers in 2024, but we wouldn't be shocked at an electric XJ or new GT showing around the time the next 8 Series is predicted to debut. BMW Blog says the Munich automaker has until about three years before launch to make a decision, meaning plans would start firming up around a year from now.