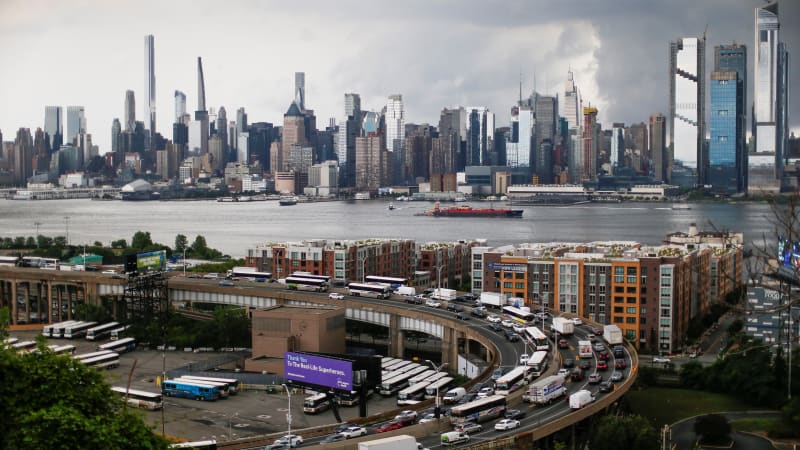 New York City could introduce a traffic congestion charge of up to $23 a day late next year, which a study released on Wednesday projected would reduce the number of cars entering Manhattan by 15% to 20%.

The city wants to charge a daily variable toll for vehicles entering or remaining within the central business district, defined as between 60th Street in midtown Manhattan and Battery Park on Manhattan's southern tip.

New York, which has the most congested U.S. traffic, would become the first major U.S. city to follow London, which began a similar charge in 2003.

New York lawmakers approved the plan in 2019, and it was originally projected to start in 2021. But the federal government under President Donald Trump did not take any action.

The Federal Highway Administration (FHWA), which must approve the move, said on Wednesday it approved the required environmental assessment. The agency will review public comments submitted by Sept. 9.

It did not give a timeline for its decision, but the Metropolitan Transportation Authority (MTA) said the fee could come into effect up to 10 months after approval is granted. That period would be for system design and implementation.

"Congestion pricing is good for the environment, good for public transit and good for New York and the region," MTA CEO Janno Lieber said.

Passenger vehicle drivers could pay $9 to $23 to enter at peak times, while overnight tolls could be as little as $5. Drivers could apply existing bridge and tunnel tolls to congestion charges.

The environmental assessment released Wednesday found the charge would cut traffic, improve air quality, make buses more reliable and increase transit use by 1-2%. The toll would generate $1-$1.5 billion a year and support $15 billion in debt financing for mass transit improvement.