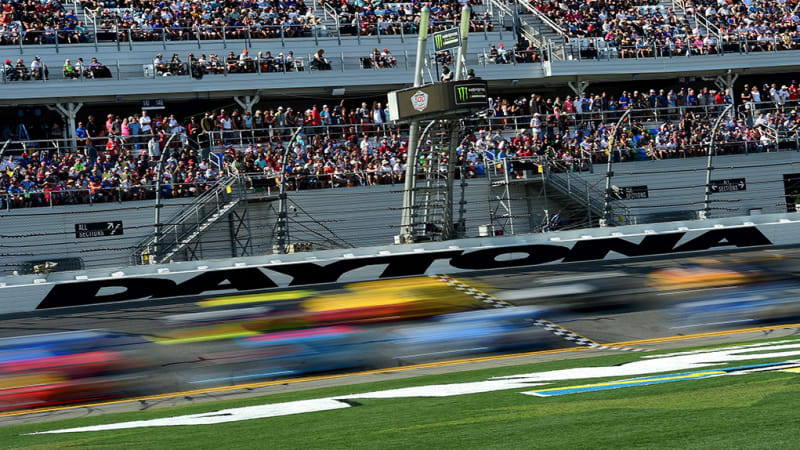 The Daytona 500 is kicking off the 2020 NASCAR Cup Series season this weekend in Florida. (Last season ended only a few months ago, but NASCAR covers most of the year these days — the 2020 calendar ends in November.) Leading up to the race, NASCAR and Verizon have announced a partnership to modernize the communications systems at tracks across the country.

The long-term goal is to lay a foundation for 5G communications and services at NASCAR race venues. A more immediate improvement that Verizon intends to make is in WiFi. Big stadiums full of people make it nearly impossible to use a traditional cell signal sometimes, so a reliable WiFi connection at a race sounds splendid. For now, Verizon will be upgrading 12 different NASCAR-owned tracks over the next three years. They include: Auto Club Speedway in Fontana (Calif.); Chicagoland in Joliet (Ill.); Darlington (S.C.); Daytona (Fla.); Homestead-Miami; Kansas (Kan.); Martinsville (Va.); Michigan (Brooklyn, Mich.); ISM Raceway near Phoenix; Richmond (Va.), Talladega (Ala.) and Watkins Glen (N.Y.). That leaves 11 tracks not owned by NASCAR left hanging without upgrades. It will be up to their promoters to decide if a similar upgrade will be taken.

We do wonder what teams will use the 5G connectivity for. Realtime data and car telemetry  is vital, so maybe teams will improve communications using the tech. Hundredths and thousandths of a second truly matter in racing, so any edge you can get in speed could prove advantageous. A new 5G network might not be available for everybody quite yet, but the tech is peeking out in the public every now and then at this point — Verizon used 5G at the Super Bowl to give fans a ton of different camera views and instant replay on their phones. Perhaps Verizon could do the same for racing fans at NASCAR events. Being on the wrong side of the track when something exciting is happening a mile away is always unfortunate, and this could potentially give fans the opportunity to see things happening in real time from different angles.