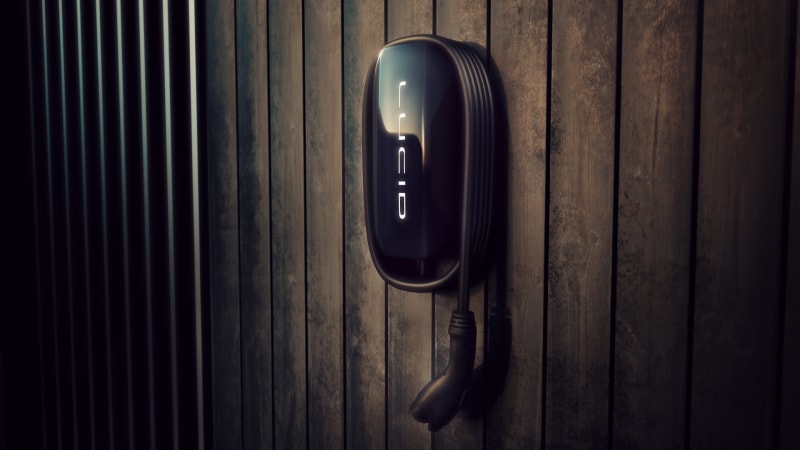 With the final unveiling of the Lucid Air around the corner on September 9, the trickle of details about the all-electric luxury sedan is speeding up. In recent months, we’ve seen the car drive 400 miles on a charge, only to best itself with an estimated range in testing of 517 miles. We’ve learned it will come equipped from the factory with lidar for semi-autonomous driving. We’ve even learned more about potential future vehicles to come after the Air. Today, Lucid Motors is providing details about the Air’s charging capabilities, and they’re impressive.

Thanks to its 900-volt-plus battery architecture, it can hit peak charging capacity of over 300 kilowatts, making it the fastest-charging electric car to come to market (for comparison, the Porsche Taycan peaks at a similarly impressive 270 kW). On Electrify America’s 350-kW DC fast chargers — for which the Air includes a three-year subscription — it can put 300 miles of range back in the battery in just 20 minutes at the plug. In addition to the high-voltage battery, Lucid credits the battery thermal management system, custom lithium-ion cells and efficient powertrain for squeezing the most mileage out of every charge.

Speaking of range, we mentioned that 517 miles of projected range. We’re not sure what the battery capacity is, though. Originally, Lucid had been working with a 130-kilowatt-hour pack for its long-range version, but we’ve since learned from Lucid that “it’s gotten considerably smaller,” which only makes 500+ miles even more impressive.

That wickedly quick fast-charging capability is well and dandy for long road trips — something this Air makes more possible for owners — but the reality is that most charging occurs at home. Thanks to the Air’s 19.2-kW “Wunderbox” onboard charger, the Air can add up to 80 miles of range per hour on AC charging. Lucid includes a mobile charger with the car, but says it will also offer its Connected Home Charging Station for Level 2 charging.

Perhaps even more interesting is that home charging station’s bi-directional capabilities, which means it can not only draw energy from the grid, it could also provide power back to the grid as that technology becomes available. It could also allow the owner to use the Air’s battery as a backup emergency power supply for their home. Vehicle-to-grid (V2G) technology could also help balance the grid in a future based more heavily on intermittent renewable energy, and could allow homeowners with solar systems to generate income by selling stored energy back to utilities during peak power usage. Lucid says that it is currently developing static Energy Storage Systems as a way to help fill out its energy ecosystem, including giving retired electric vehicle batteries a second chance at life.

We’ll learn more about the Lucid Air, its specs and capabilities when it debuts online at 7 p.m. EDT September 9. If we learn anything else before then, we’ll be sure to update you.