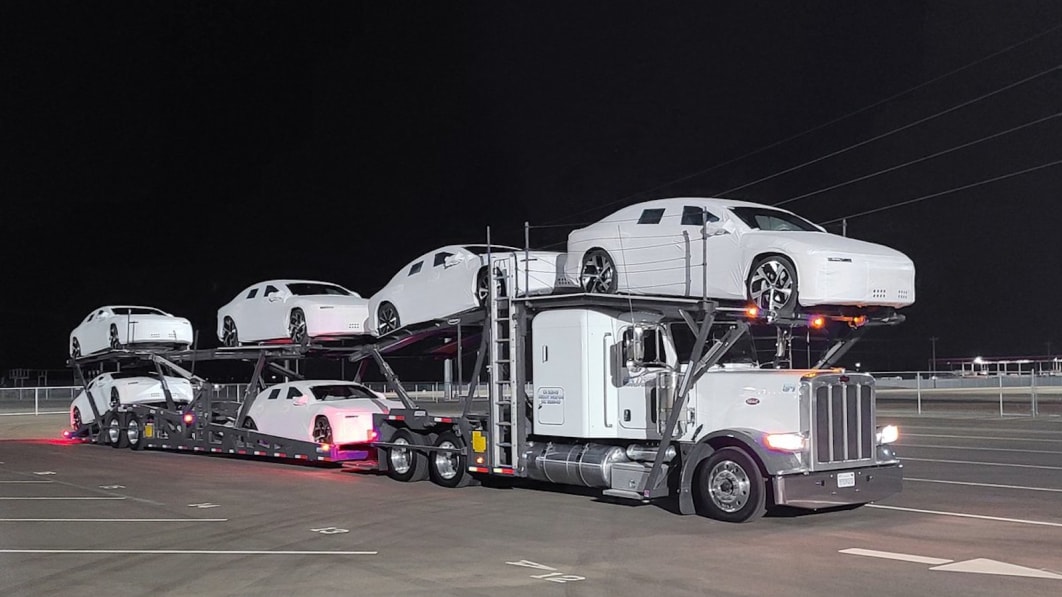 Judging by the company's official Twitter account, it appears that deliveries for the Lucid Air Dream Edition are just getting underway. In the social media post, Lucid Air electric sedans all covered up in protective wrapping are sitting on a delivery truck, seemingly on their way to the driveways of waiting customers. In total, six sedans are pictured, though there's no telling how many have so far rolled out of the factory in Casa Grande, Arizona.

Lucid plans to build 520 Air Dream Edition sedans, each spinning out a total of 1,080 horsepower, a range of 520 miles and carrying an asking price of $169,000. Reports from the company about a month ago pegged initial deliveries before the end of October, so it seems the automaker is right on schedule with these initial models.

So far, Lucid claims to have more than 13,000 reservations for its Air sedan, though the breakdown of trim levels isn't known. The base version carries an asking price of at least $77,400. For comparison, the Tesla Model S currently (and we mean that literally, since the price is constantly changing) costs $94,990 to start.