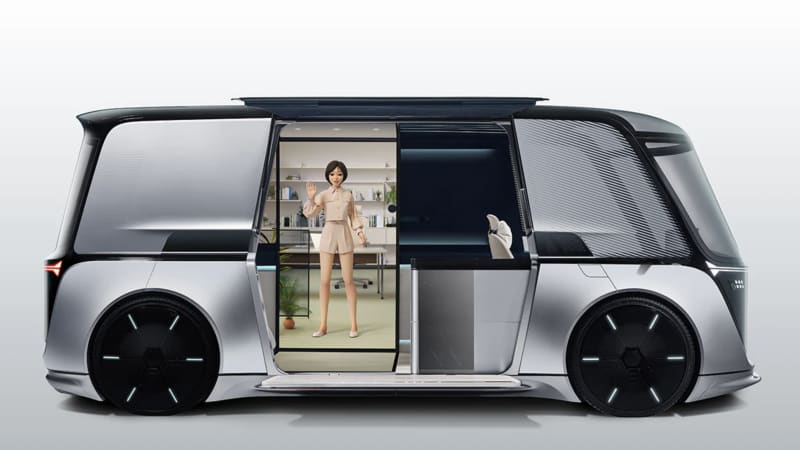 LG isn’t one of the companies we’d expect to have a vehicle debut at CES, but here we are with the Vision Omnipod. Yeah, it’s another transportation pod. Are you all getting tired of these, too?

At any rate, the Omnipod is designed as a concept that’s meant to blur the line between your house and your car. Its exterior design is nearing van shape, but it’s still very clearly a pod. It has wheels, lights, windows and even appears to have a driver’s seat, but LG hasn’t released any conceptual specs for the Omnipod.

Instead of specs, we get a few photos and a short explanation of what it hides inside. For starters, LG is using it as a showcase for its at-home appliances. We see a refrigerator, drink dispensers and TV panels. It has a lounge of sorts in the rear with a reclining seat and a curved couch. Plus, the metaverse can be accessed via the huge floor-to-ceiling screen. It comes with the virtual assistant “Reah” to help with anything you might need.

And that’s about all we know about the Omnipod. Even if details are thin, it’s neat to see companies like LG and Sony thinking about cars. That said, we’re legitimate fans of Sony’s approach, as it’s rolling out attractive EVs we’d love to see on the road one day.