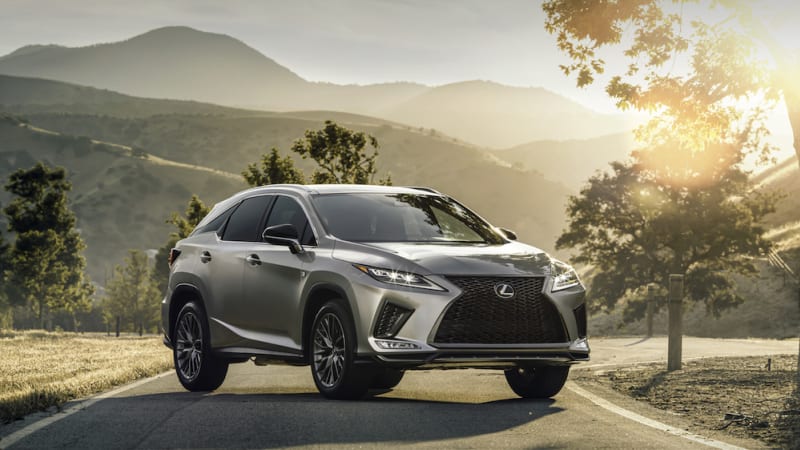 Lexus’ newly refreshed 2020 RX crossover has received a Top Safety Pick award from the Insurance Institute for Highway Safety. And as with many vehicles that pass IIHS’s increasingly tough muster these days, there’s a caveat: It applies only to versions equipped with certain headlights.

That metric was also what caused the RX to narrowly miss out on notching a Top Safety Pick+ designation, the highest possible. IIHS rated the base headlights and one of the premium headlight options — both static LED projectors — as acceptable, but it gave a poor rating to the available curve-adaptive LED headlamps, saying they created too much glare.

Elsewhere, the RX aced crash testing, earning good ratings across the board. IIHS says this was the first time it put the luxury crossover through its passenger-side small overlap crash test, noting that Lexus made changes to the bumper and front-end structure to improve protection for front-seat passengers. It also gave a superior rating to the RX’s vehicle-to-vehicle front crash prevention system, which avoided collisions in track tests at both 12 and 25 mph.

Both the RX350 and 450h hybrid version received light refreshes for 2020, including the latest version of Lexus Safety System +. It includes new features such as daytime bicyclist detection and low-light pedestrian detection, adding to the existing pre-collision warning and adaptive cruise control.

This is the fourth IIHS safety award for the brand in 2019, following Top Safety Pick+ awards for the ES, UX and NX.