Lego gets Fast and Furious with Nissan Skyline GT-R 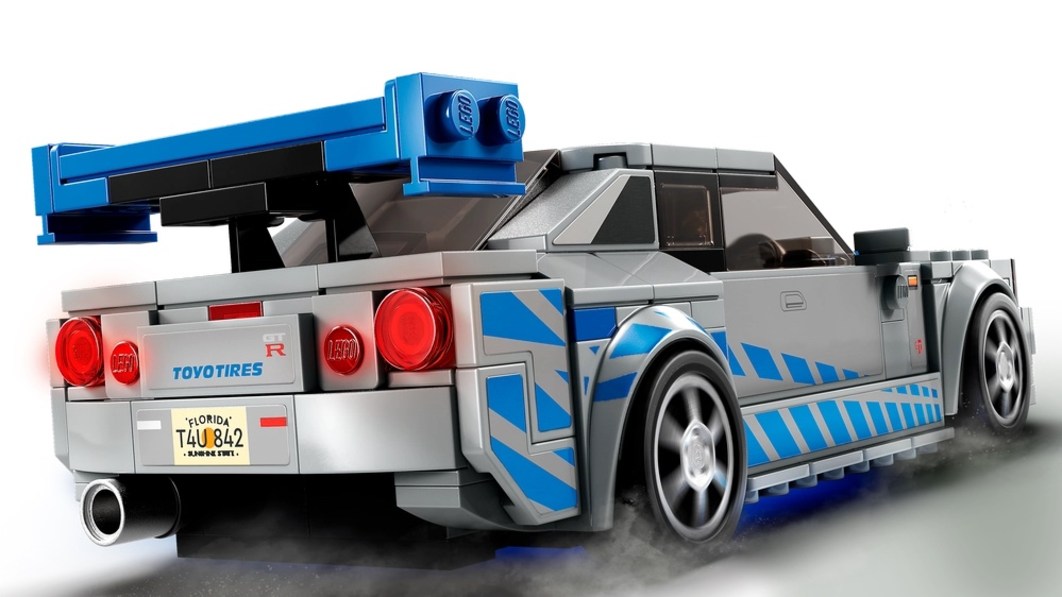 Lego has announced its next automotive release, the Nissan Skyline GT-R from "2 Fast 2 Furious." The 319-piece kit is part of the Speed Champions series, Lego's line of officially licensed car kits.

Like the car used in the movie, the kit is based on an R34-generation Nissan Skyline, built between 1999 and 2002. Lego's version does a fairly good job of depicting the actual JDM supercar. It's instantly recognizable as an R34, especially with its squared-off headlights and iconic stagger-sized afterburner taillights. Overall, it's one of Lego's more accurate adaptations to the low-resolution medium of plastic bricks.

In addition to the base car, both the film and the plastic car have six-spoke aftermarket wheels, a body kit, and gigantic wing on the trunk. There's even a nitrous oxide bottle where the passenger seat should be. The kit also comes with a figure of Paul Walker's Brian O'Conner, the series' cop turned street racer turned secret agent protagonist.

Lego has offered other picture car kits, such as James Bond's Aston Martin DB5, the "Ghostbusters" Ecto-1, and "Back to the Future" DeLorean. They've also made the 1969 Dodge Charger from the original "The Fast & the Furious" installment. Many of these have been sold in both smaller kits in the Speed Champions series, and as larger standalone kits.

In 2019 an R35 Nissan GT-R Nismo became the first Japanese car licensed by Lego. They haven't done much with the Nissan relationship since (Datsun 240Z, anyone?). Though the movie tie-in makes for good marketing, we'd prefer to see a regular Skyline GT-R kit without the Y2K-era graphics. Nevertheless, it makes a good addition to the many Corvettes, McLarens and Lamborghinis they've already made. The Skyline GT-R goes on sale in January 2023.