The Hyundai Accent has been with us for so long — since the 1995 model year in the United States — that we take it for granted as a competent-but-unexciting commuter subcompact. The Accent replaced Hyundai's first American-market offering, the cheap-and-crude Excel, and it proved good enough to make the competition sweat far more than its predecessor ever did. One of the rarest of all Accents is the GT version, available during its early years of production, and that's what I've found for today's Junkyard Gem in Colorado. 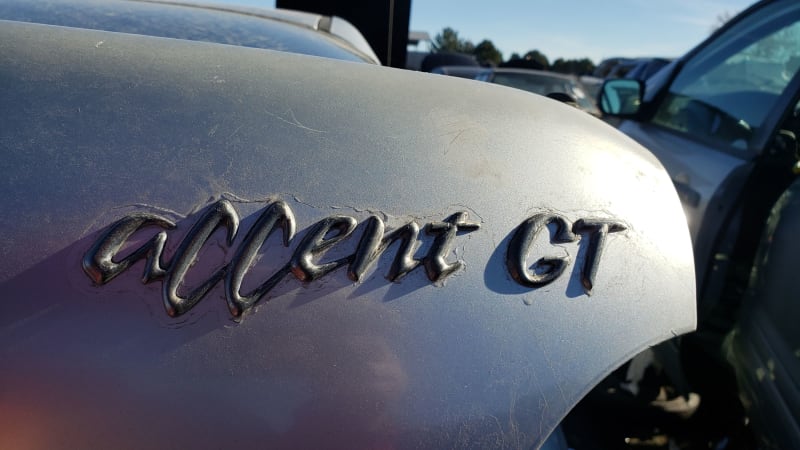 Eventually, a dual-overhead-cam engine became standard on the Accent, but in 1997 you had to buy the GT to get that bit of factory-hot-rod technology. 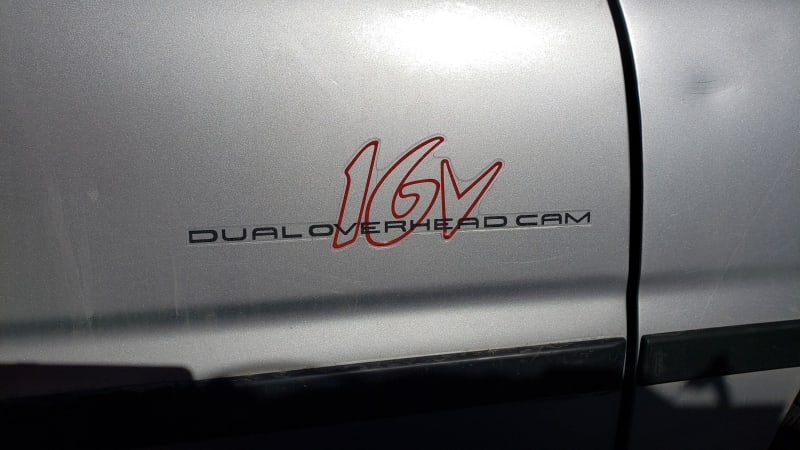 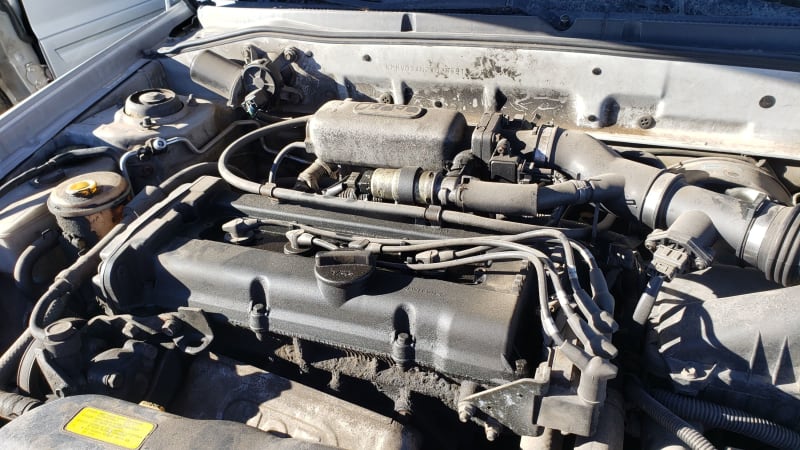 Actually, that '97 GS-R had 170 horsepower and the '97 Accent GT had 105 horsepower, but that was still better than the 92-horse engine in the regular Accent that year. 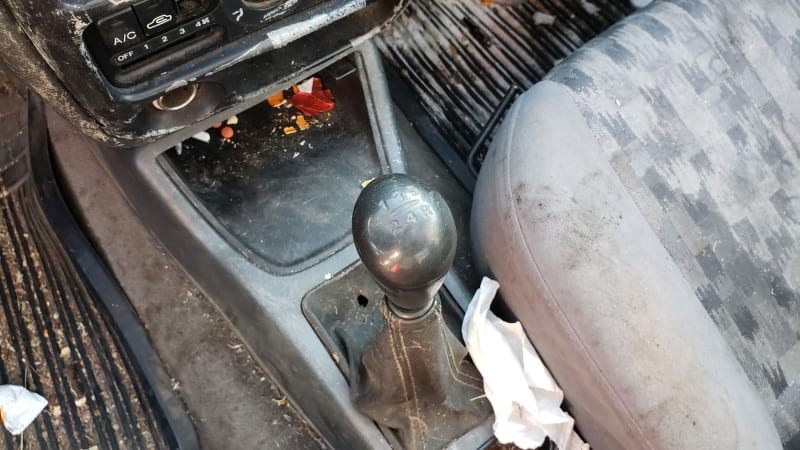 This car has the base 5-speed manual transmission, which would have made it reasonably fun to drive. 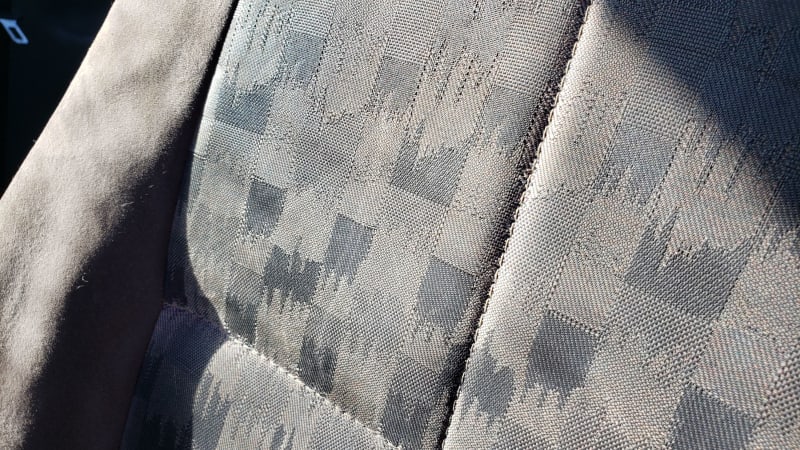 The Accent GT also got a stiffer suspension and this exquisitely 1990s seat upholstery. 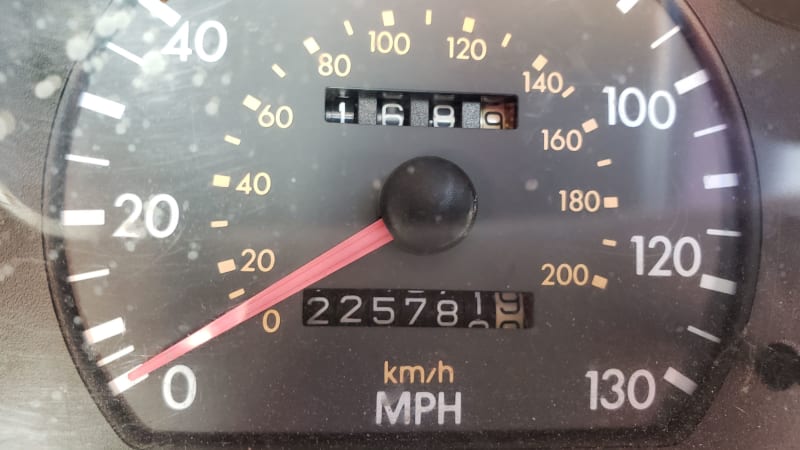 225,781 miles is pretty good for a car that probably didn't get handled with kid gloves. 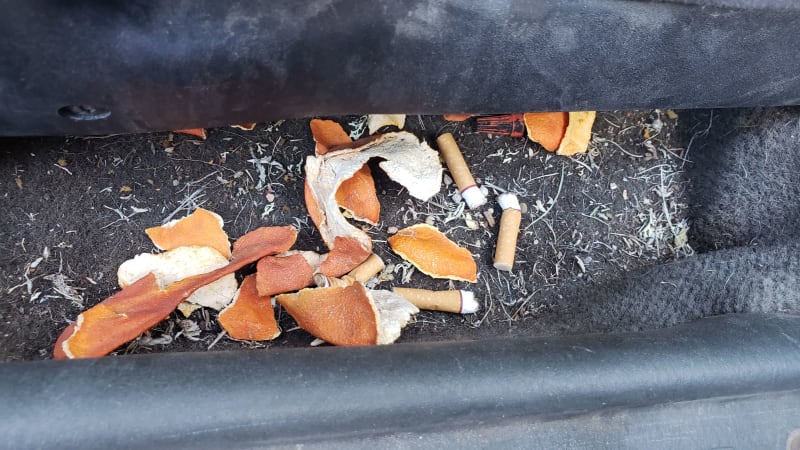 By the end, its final owner was just dumping cigarette butts and orange peels on the floor. 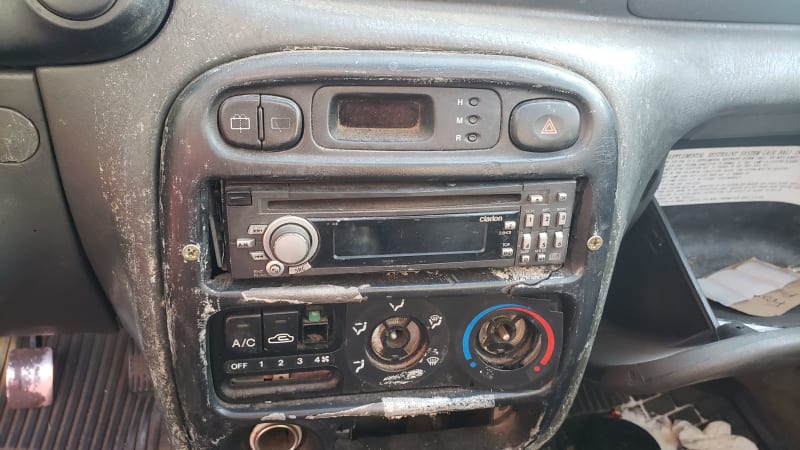 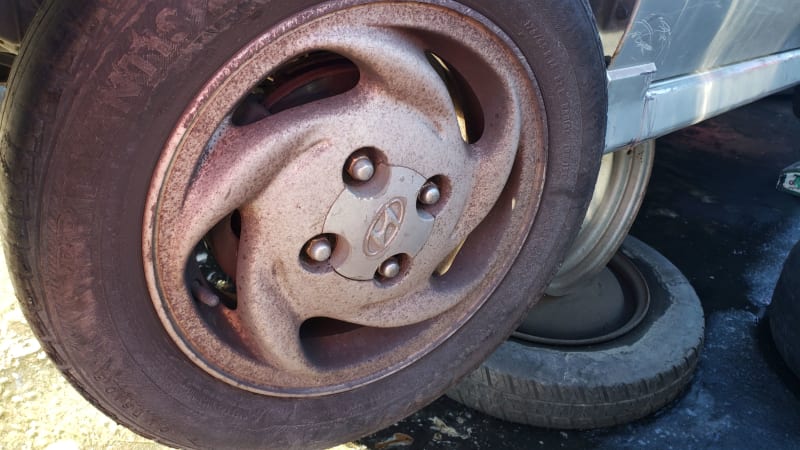 The Tiburon took over from the Accent GT as Hyundai's sporty car, but we can remember this one as the descendant of the Scoupe.