When Honda introduced the Acura brand to North America for the 1986 model year, there were just two models we could buy here: the Legend luxury sedan (developed in partnership with Rover and sibling to the Sterling 825) and the Civic-based Integra. Most Integras we've seen on the street for the last couple of decades have been the third-generation models sold from the 1994 through 2001 model years, and — like their Civic counterparts — plenty of them have held together well enough to rack up impressive mileage totals. Here's a '95 Integra SE coupe that came close to the 350,000-mile mark during its 27 years on the road, found in a Northern California self-service yard a couple of weeks back. 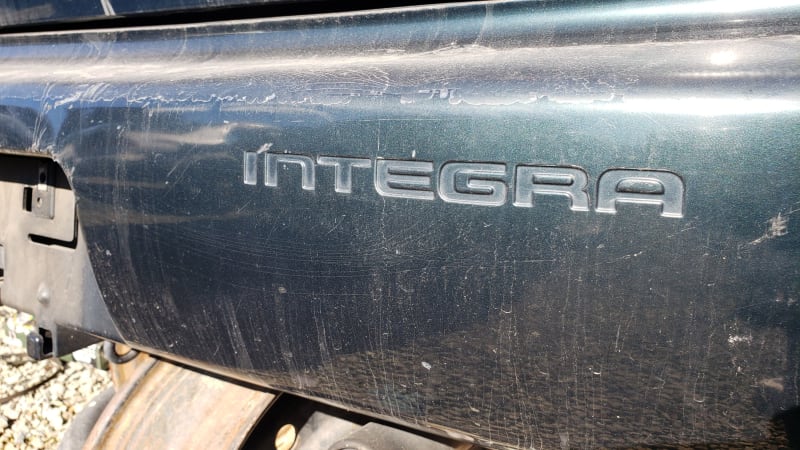 In 1995, the SE trim level was near the top of the American Integra hierarchy (just below the soon-to-be-famous GS-R), priced at $19,890 for the Sport Coupe three-door with five-speed manual transmission. That's about $35,895 in 2022 dollars. Hey, Emperor Akihito's daily-driver was a '91 Honda Integra sedan, so that's a lot of prestige for the price (yes, yes, the Emperor of Japan rides in the back of a Toyota for official duties, but we never could buy a new Toyota Century here). 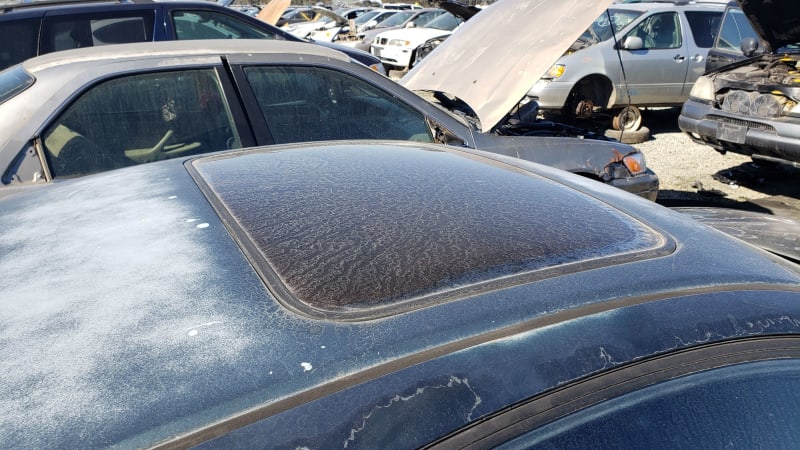 With the Special Edition, you got all the luxury features of the mid-grade LS (including power moonroof, air conditioning, cruise control, and anti-lock brakes) plus 15" alloy wheels, fat Michelin tires, a big decklid spoiler, and a six-speaker AM/FM/cassette audio system. 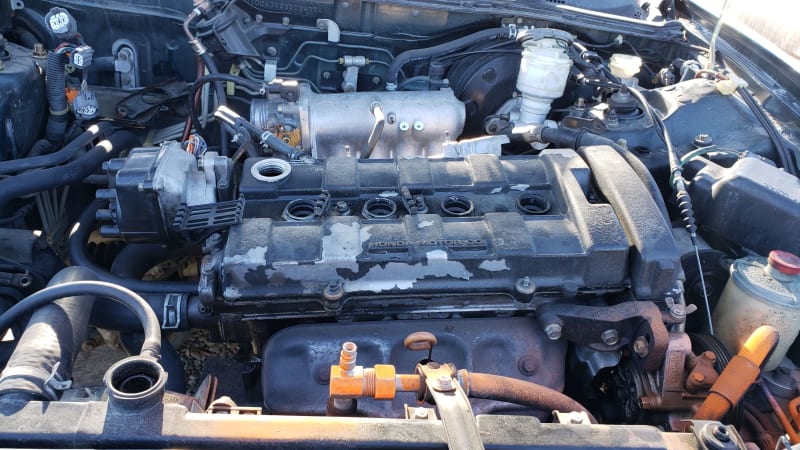 The GS-R's 1.8-liter VTEC engine made 170 horsepower in 1995 (having swapped a '96 GS-R engine into a '92 Civic hatchback, I can tell you it's a pretty wild powerplant by middle-1990s standards), but the non-VTEC version that went into the saner Integras was rated at just 142 horses. The Civic Si that year had a mere 125 horsepower and far less luxury than its wealthier Integra brother, but it also cost just $13,450 (about $25,160 today). 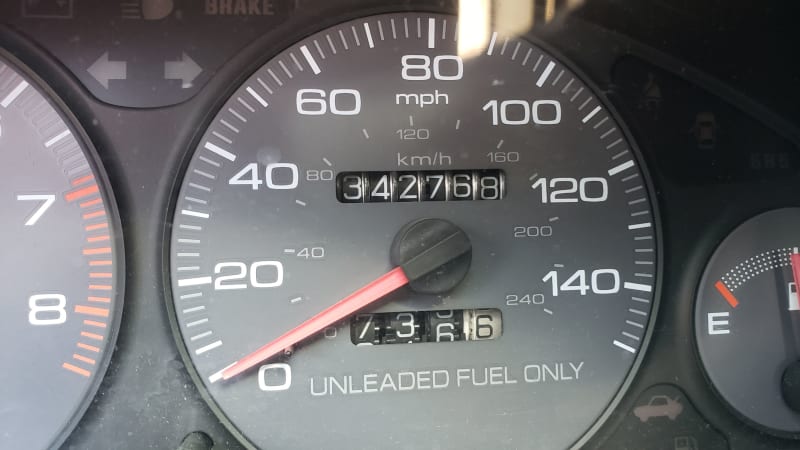 These cars were built very well and lasted for decade after decade if not abused, and this car benefited from owners that took good care of it. Unfortunately, the craze for hot-rodded Hondas really got rolling in the middle 1990s, and many of these cars met unhappy endings involving crashes and/or exploded engines. It wasn't many years ago that a car like this would have been stripped clean by junkyard vultures within hours of landing in a California self-serve car graveyard. All of the mechanical stuff on an Integra will bolt right into a same-generation Civic, so demand for Integra parts used to be extremely high. 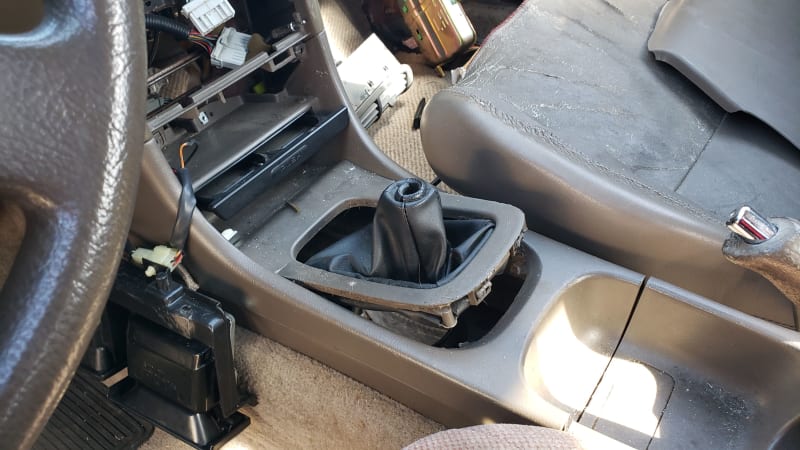 Someone pulled the transmission, shifter, and shifter linkage from this Integra, but left the engine behind. Non-VTEC Honda B18 engines are a dime a dozen nowadays, so why take a chance on a junkyard one with extremely high miles? I don't know if I'd have been brave enough to buy a 342,768-mile transmission, but Honda has always been known for good manual gearboxes. 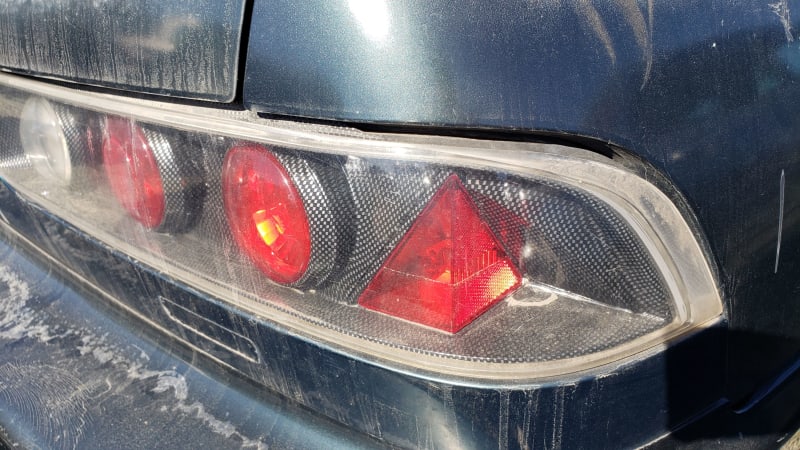 The faux-carbon-fiber/bosozoku-look craze inspired by the early Fast and Furious movies resulted in a vast galaxy of aftermarket taillights being sold for the third-gen Integra, and these units look right out of 2003. 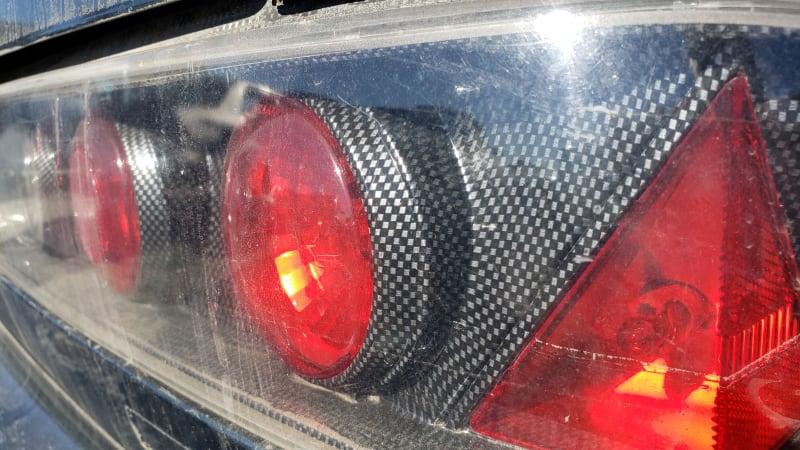 I couldn't figure out what company made these, but I'm sure the Tokyo Drift soundtrack was playing at top volume, over and over, while they were being designed. Personally, I prefer listening to Japanese dub while driving my customized Toyota, but that car is more low-and-slow than fast and/or furious; I suppose Japanese doo-wop might be more appropriate, in any case. 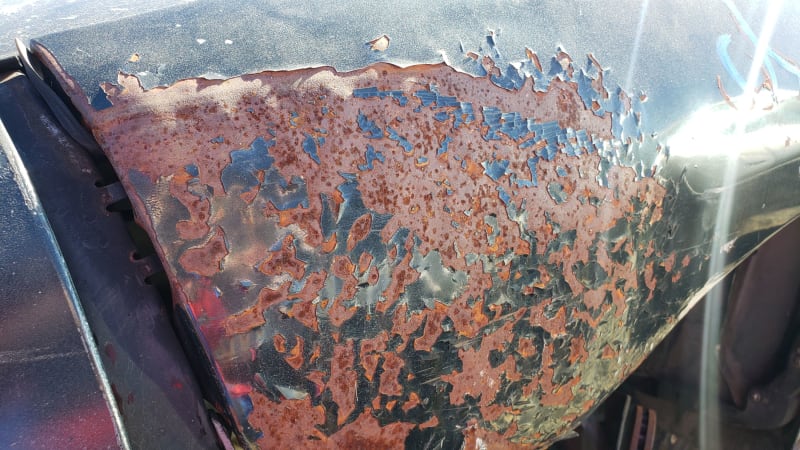 The interior is tattered and the body shows signs of hard times, so maybe this car endured a rough final few years on California's mean streets. Did a blown head gasket finally end its career? We'll never know. Perhaps the last owner of this '95 just bought a '22 model.

Some things are worth the price. Since this commercial was made for Minneapolis-region dealerships, snow features heavily.

Not since Hot Wheels have cars been this fun!

If you want really frantic Integra commercials, you must seek out JDM ones.