One of my favorite things about living in the Mile High City is all the food trucks roaming the neighborhoods here. I'm a regular at such fine mobile eating establishments as Tacos el Huequito, Mikes2Kitchen, and Yuan Wonton, and I'm pleased that South Denver's metal-centric Brutal Poodle bar now has its own food truck. The sad part about food trucks, however, is that they're trucks, and sometimes old trucks wear out and have to be sent to the knacker's yard. Here's a once-ebullient Denver food truck that met that fate and now resides in a self-service yard just south of the city. 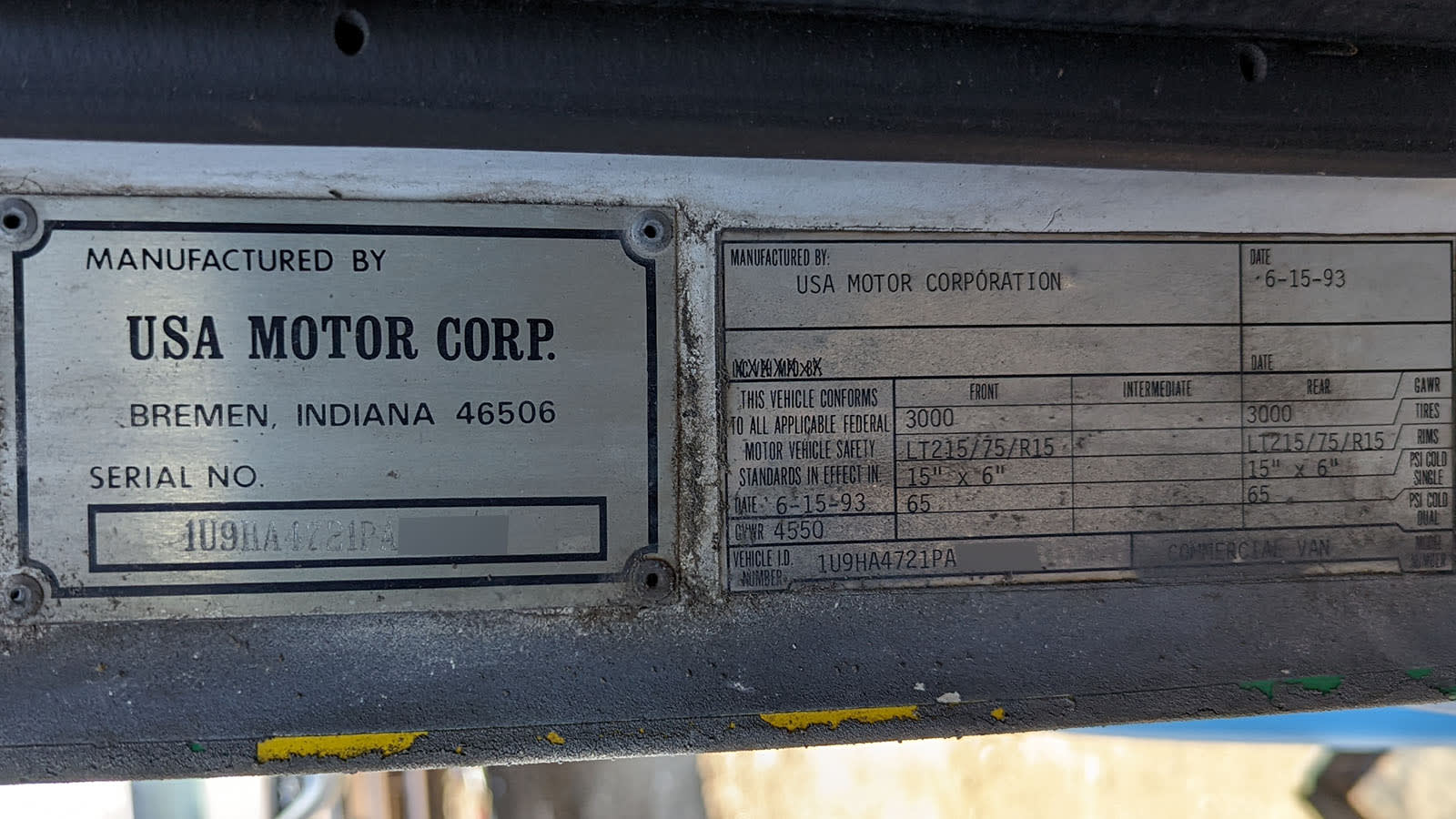 This truck started out as a member of the extended UMC Aeromate family, built in Indiana by the company now known as Utilimaster. I couldn't find much useful information about this particular model, which seems to have the windshield and nose of one of the many UMC-based RVs instead of the typical long snout of most Aeromates. 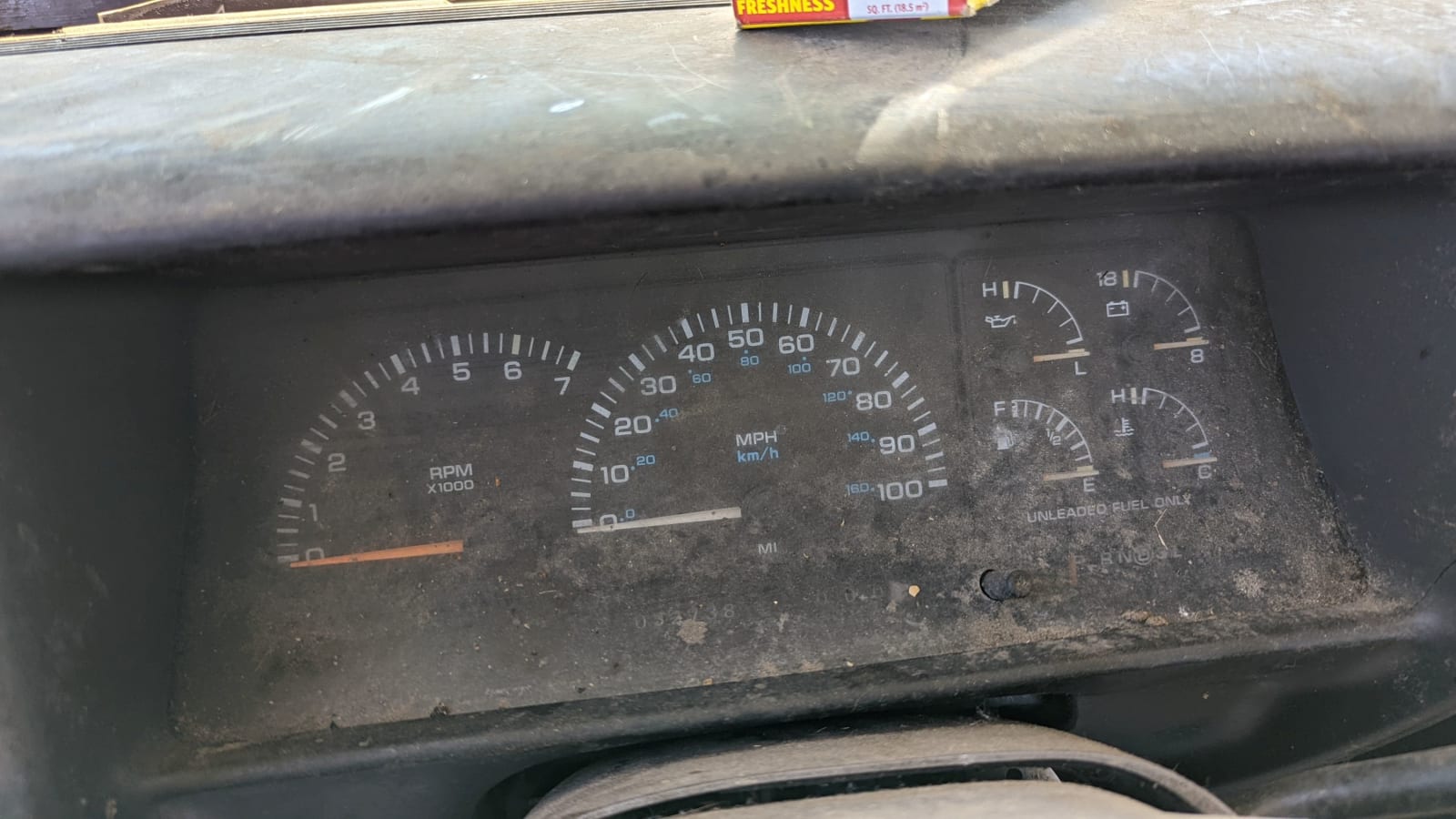 What I do know is that it's based on an early-1990s Chrysler minivan chassis, complete with 3.3-liter V6 engine and the instrument cluster out of a 1992 Plymouth Voyager. The 3.3 made 150 horsepower in 1993, and it was installed in Chrysler minivans through 2010. 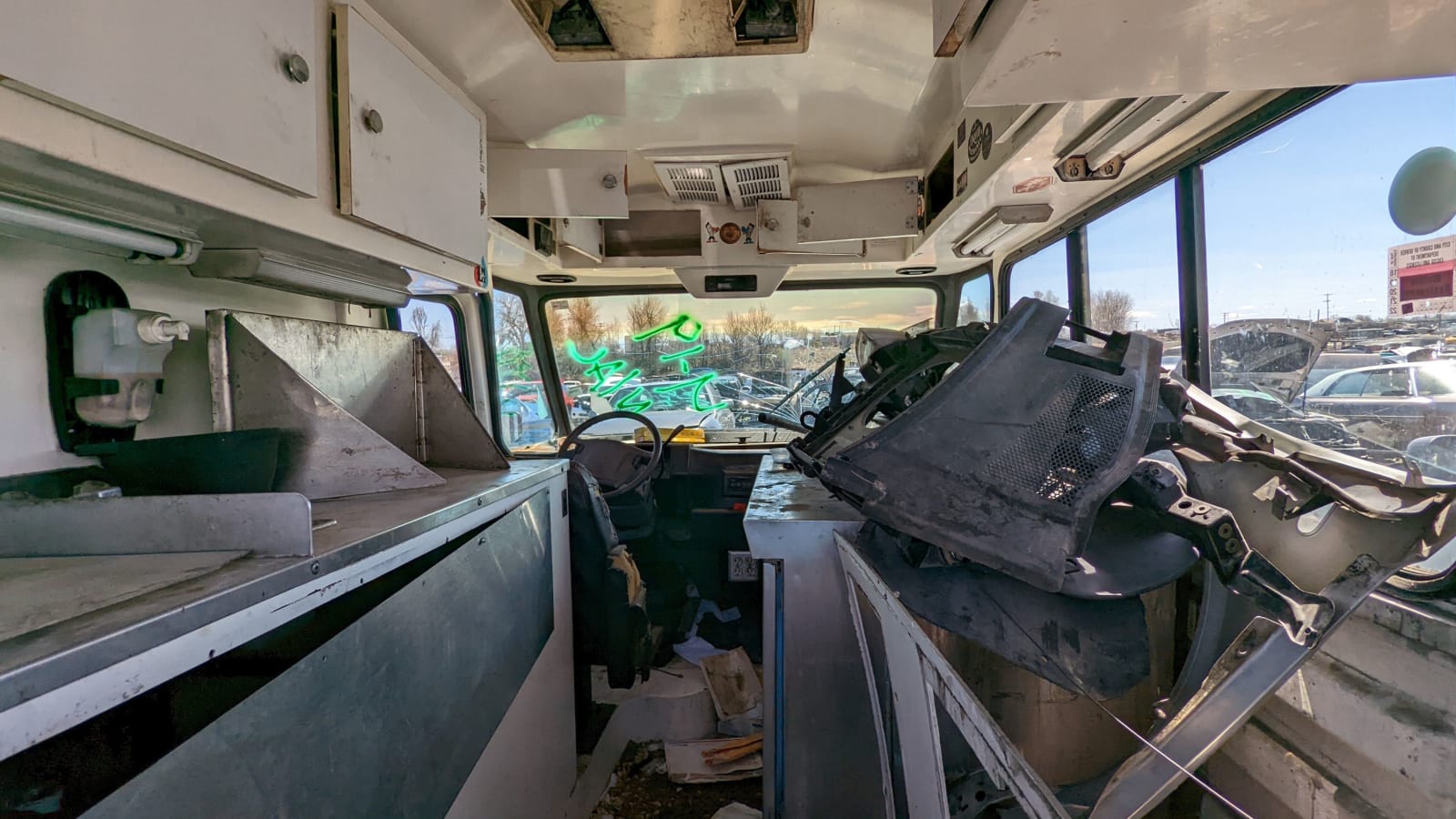 150 horses (and 180 pound-feet) isn't much for a big truck packed with a complete kitchen, and the strain on a Torqueflite automatic transmission designed for a 3,400-pound minivan must have been severe. I think the drivetrain on this 29-year-old truck just couldn't hold up under the demands of a hard-working crew of sandwich entrepreneurs in the extreme weather and traffic conditions of High Plains Colorado. 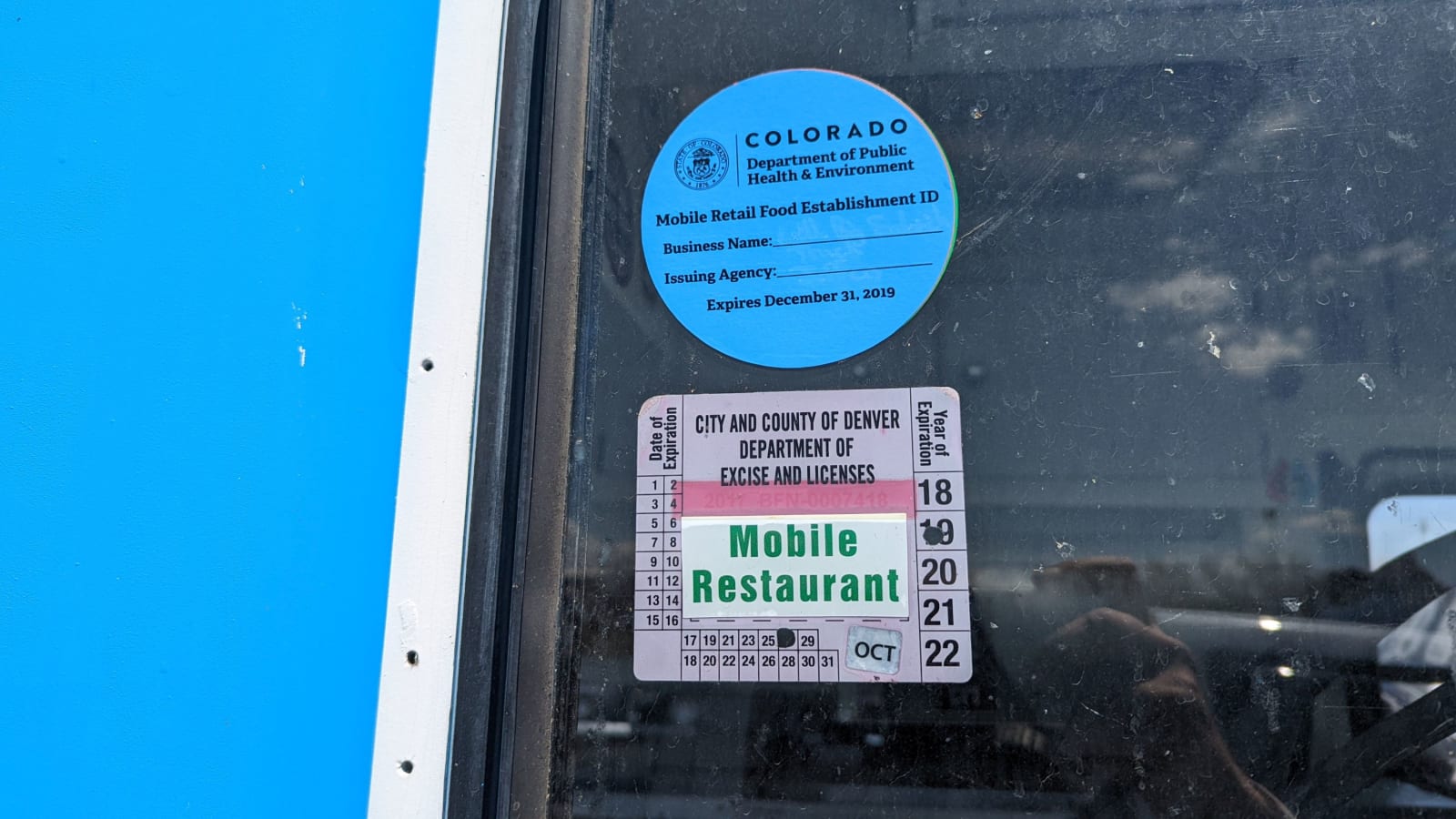 The county licensing sticker expired in late 2019, so it took a couple of years for this UMC to reach this place. 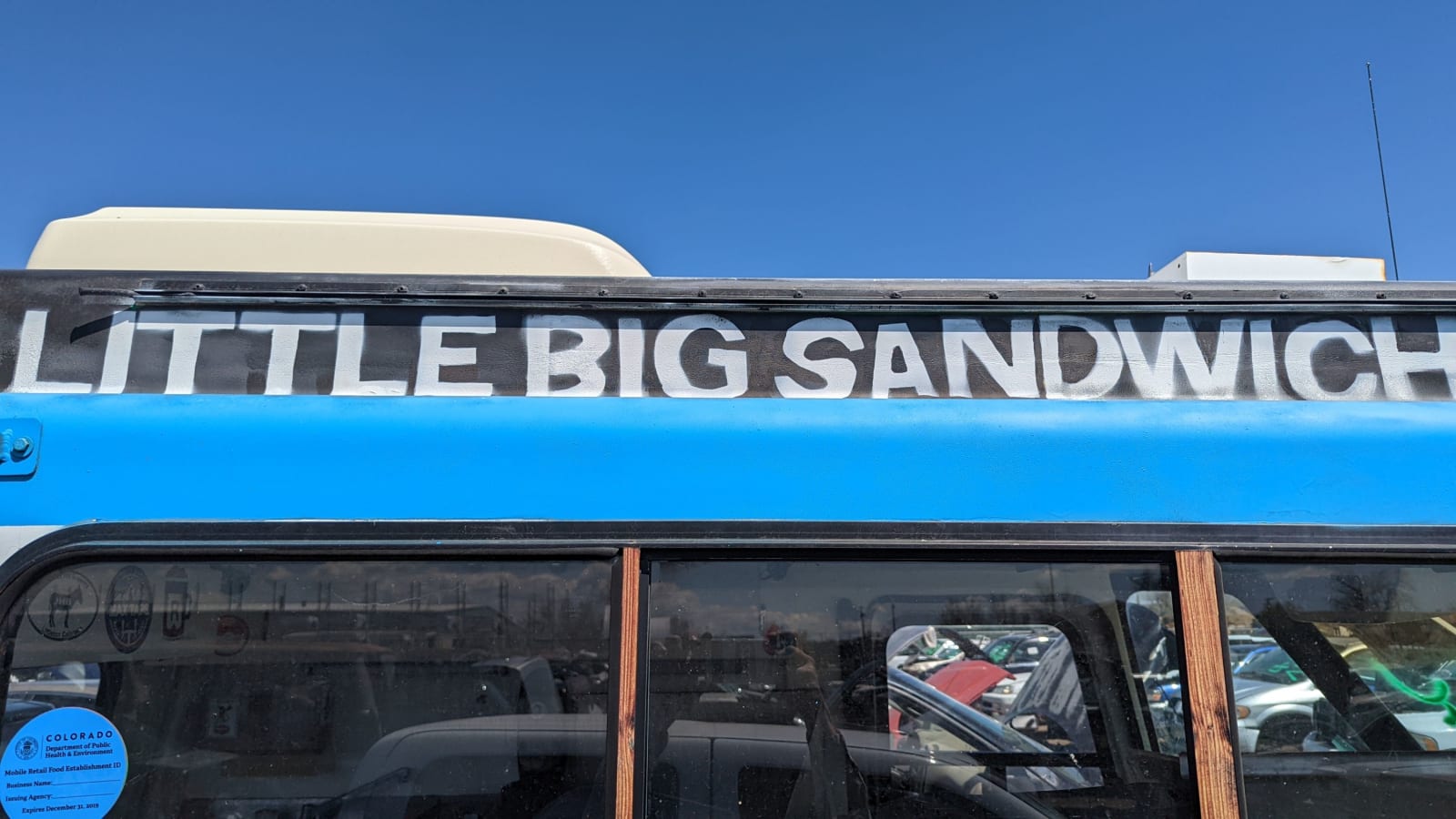 Don't weep for the Little Big Sandwich Truck, though, because the LBST Empire upgraded to a newer, GM-built school bus a few years ago and appears to be slinging sandwiches outside Denver-area breweries to this day. 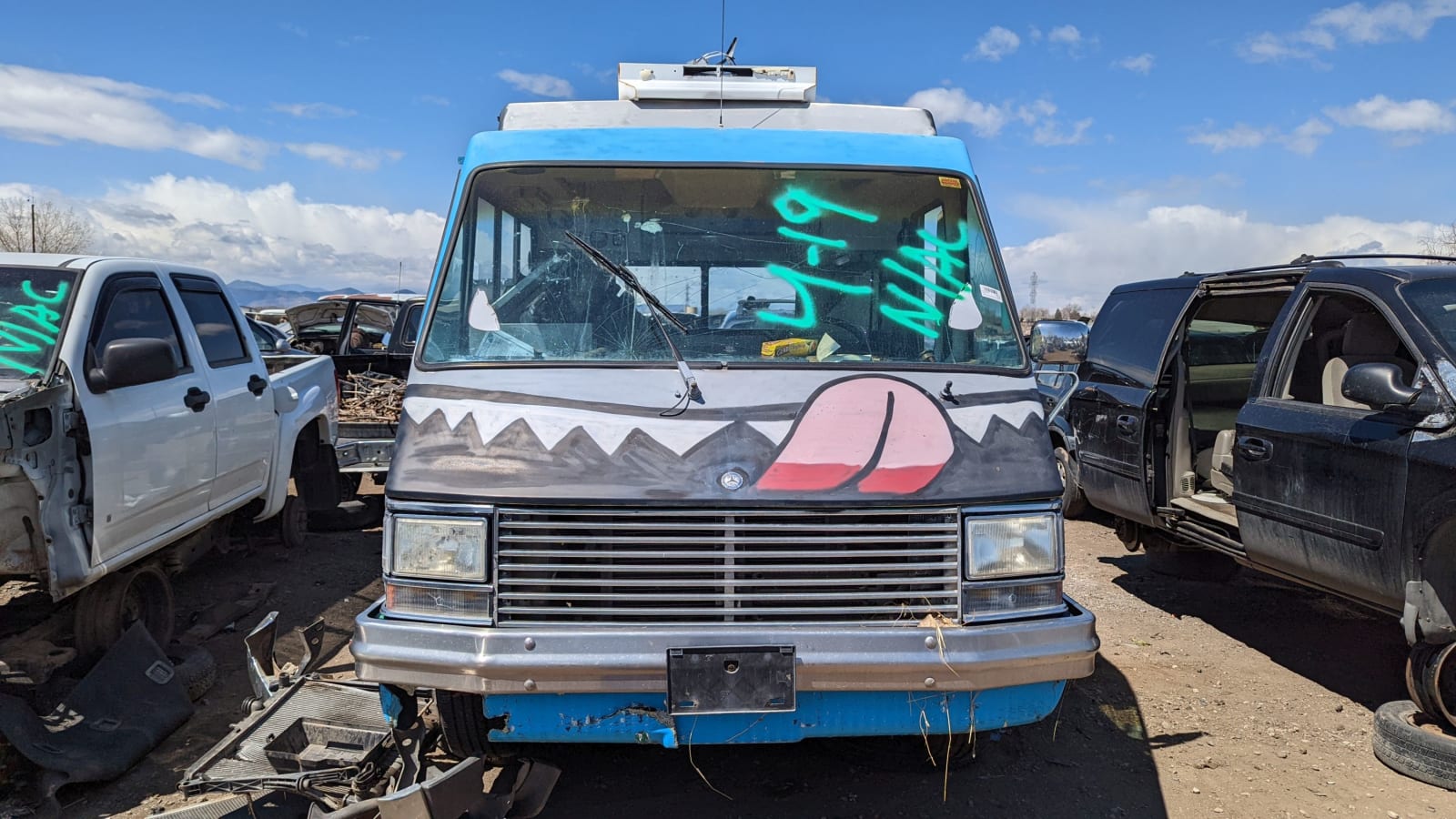 The headlights and marker lights clearly came from a late-first-generation Dodge Caravan/Plymouth Voyager (the second-generation Chrysler minivans, which debuted in the 1991 model year, got different noses). The grille looks like typical RV equipment. 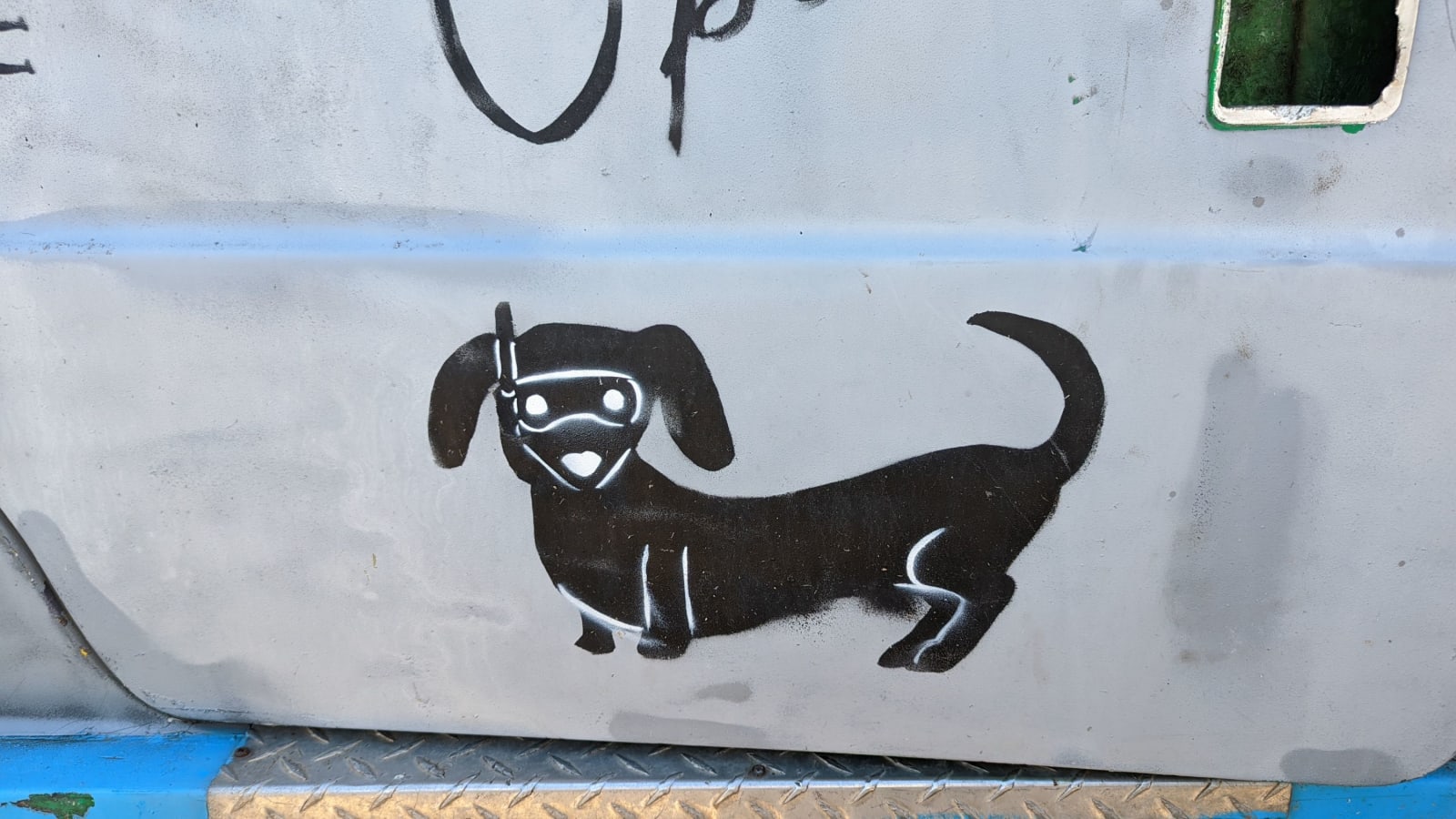 I've seen a few junked ice cream trucks over the years, but somehow a sandwich truck with a stenciled snorkeling dachshund seems sadder.