New minivans with four driven wheels began to appear on American roads in quantity during the early 1990s, after Toyota and Volkswagen managed to move some four-wheel-drive TownAces and Vanagon Syncros here during the 1980s. GM offered the all-wheel-drive Chevy Astro/GMC Safari starting in the 1990 model year, while Ford and Chrysler were right there with AWD-equipped Aerostars and Voyagers at the same time. The Mazda MPV 4WD beat the Detroit-built AWD minivans to showrooms by a year, and I've managed to find one of those rare early vans in a self-service yard in Reno, Nevada. 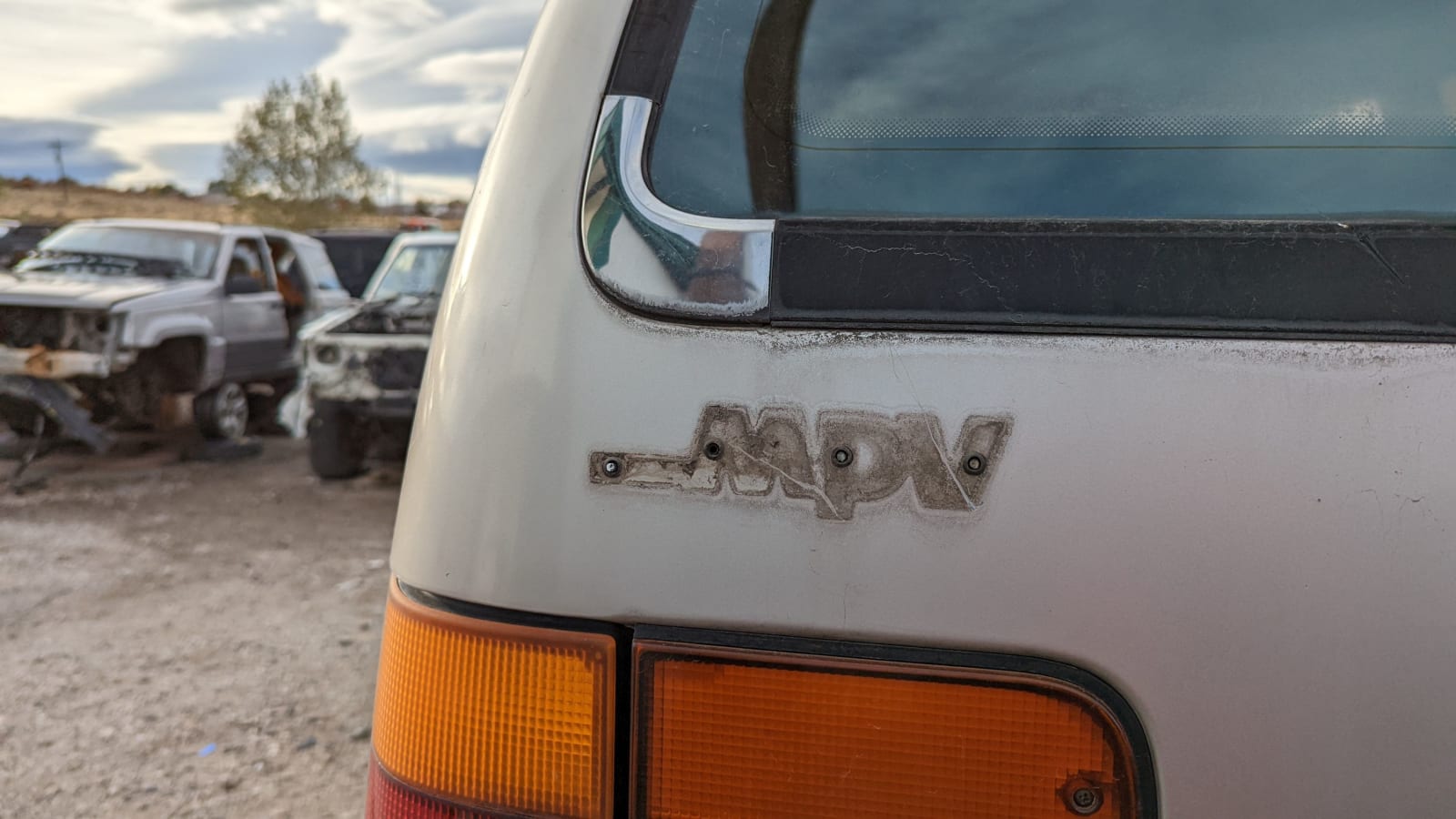 The MPV was based on the big Mazda Luce platform (known as the 929 in North America), and so the base models had rear-wheel-drive like the Astro and Aerostar. 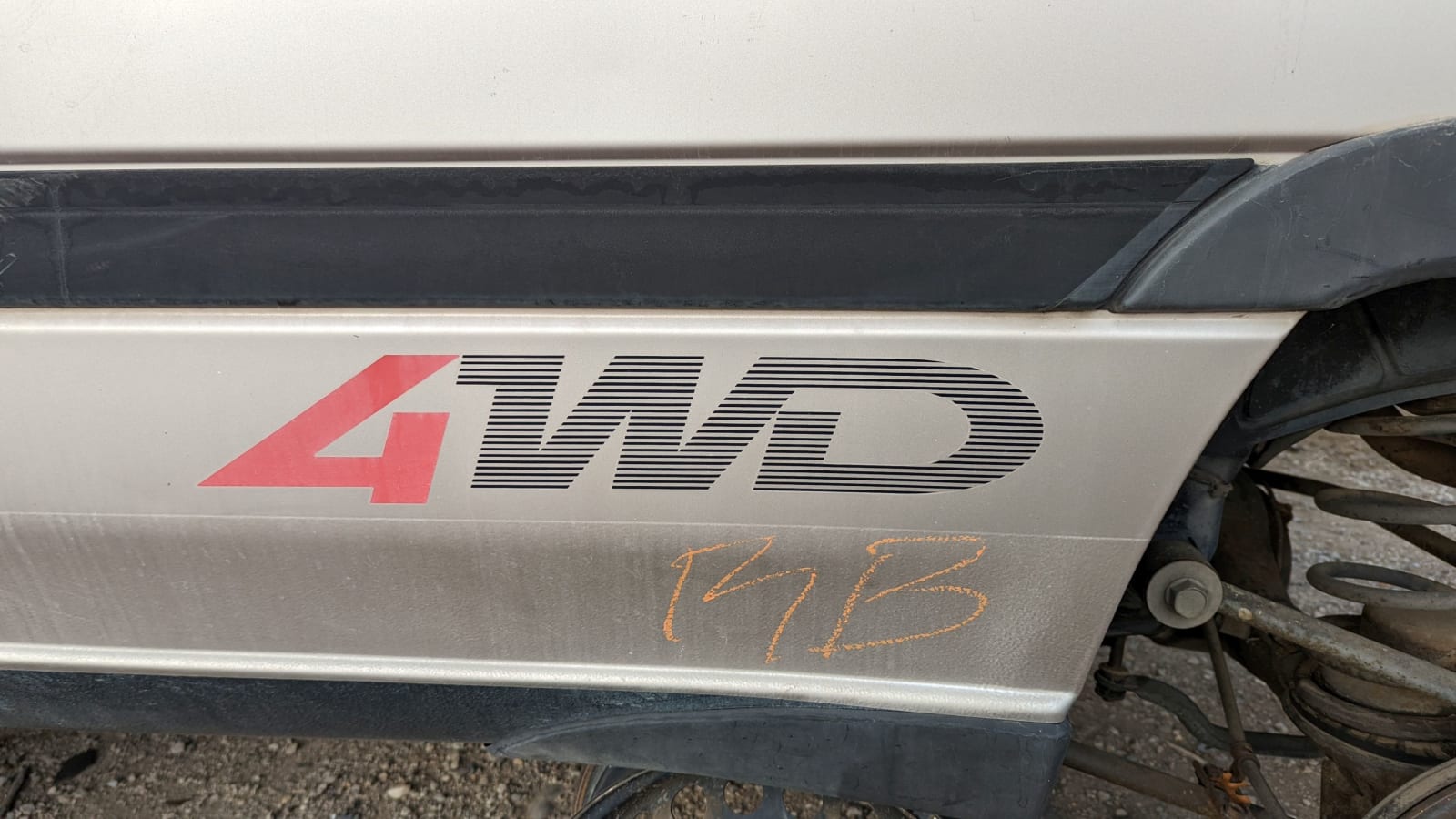 The term "all-wheel-drive" wasn't in widespread usage when this van was new (Subaru fudged by using a character that could be read as either an A or a 4 on badging during that company's transition from 4WD to AWD vehicles), so some AWD machines came with 4WD emblems in the early 1990s. The first-generation MPVs got an old-fashioned four-wheel-drive system, which required the driver to chose between modes and would tear up the tires (or worse) if driven for long periods on dry pavement with 4WD engaged. 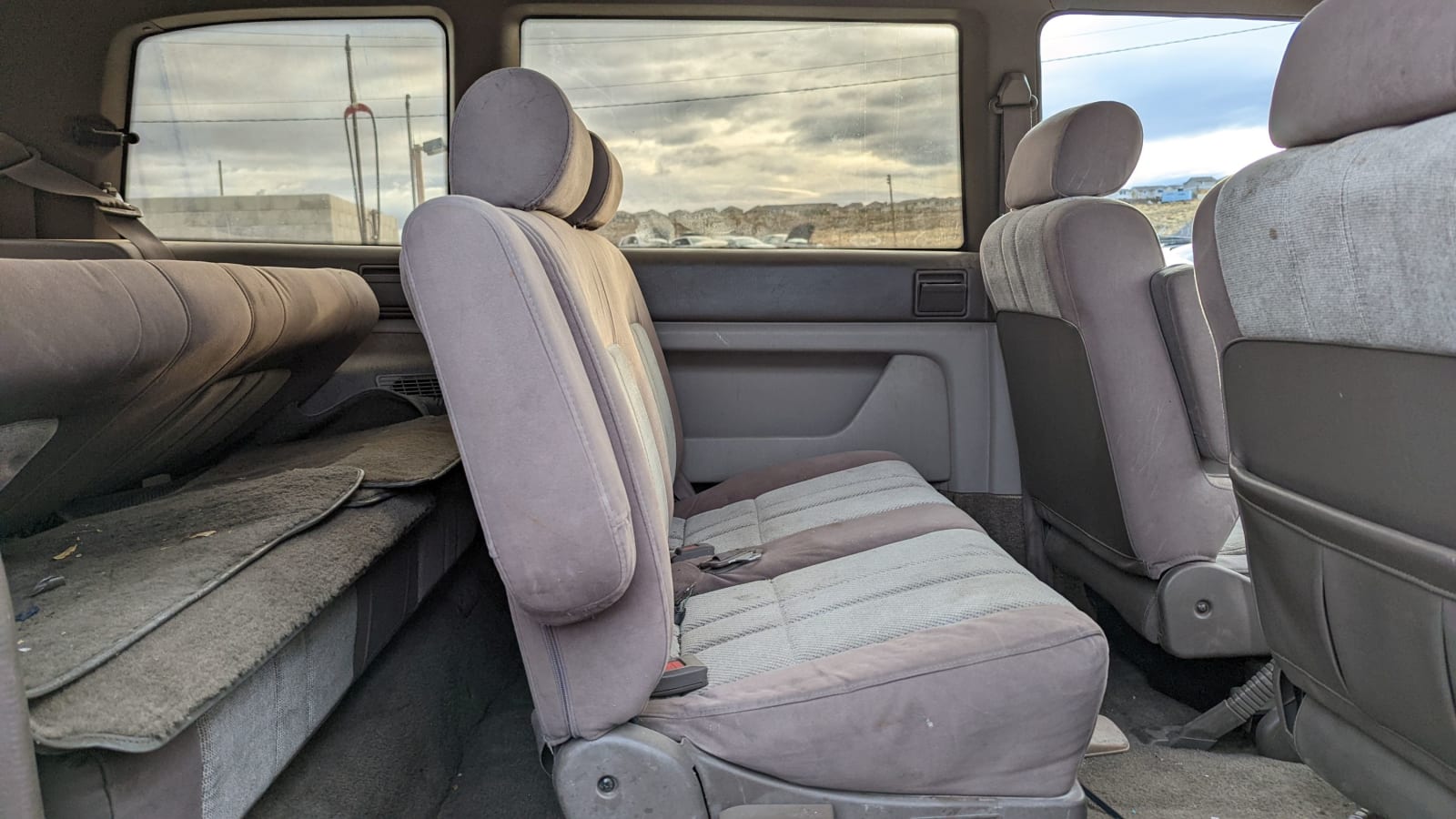 By Japanese standards of the time, this was a big, roomy van. It was designed with North America in mind, so home-market buyers got hit with the high registration fees Japan applies to larger vehicles. 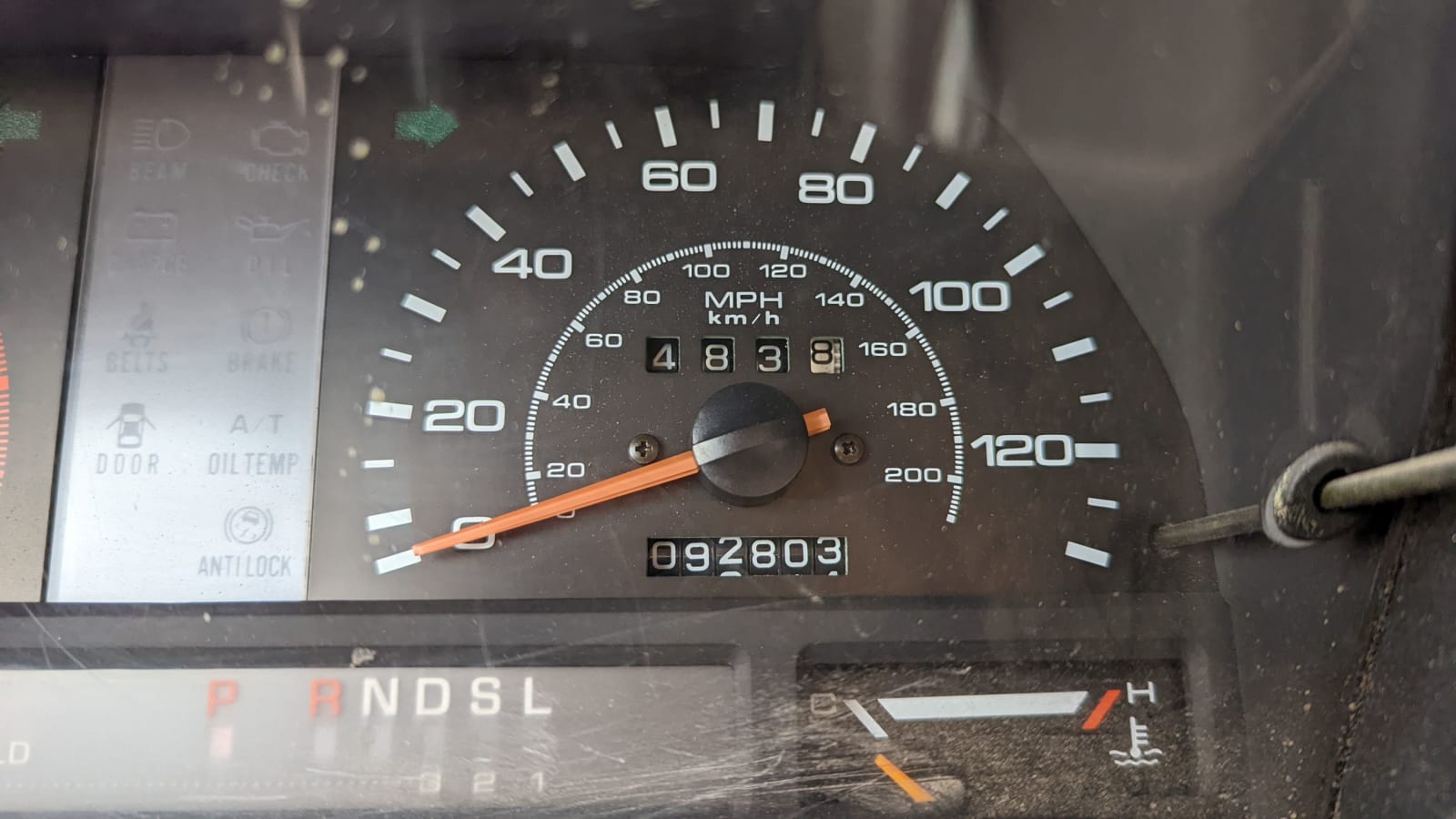 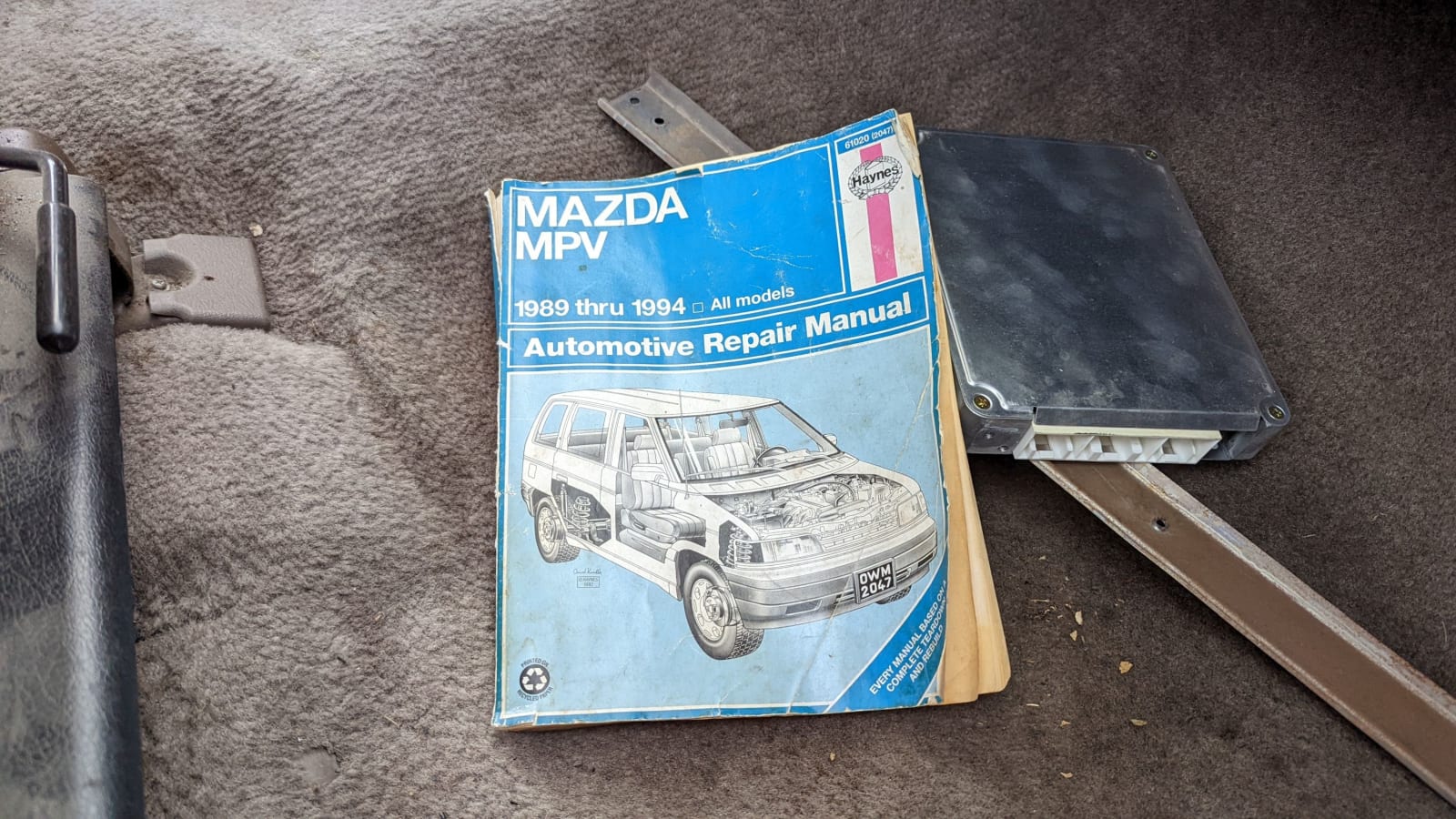 Something broke and couldn't get fixed cheaply and/or easily enough. 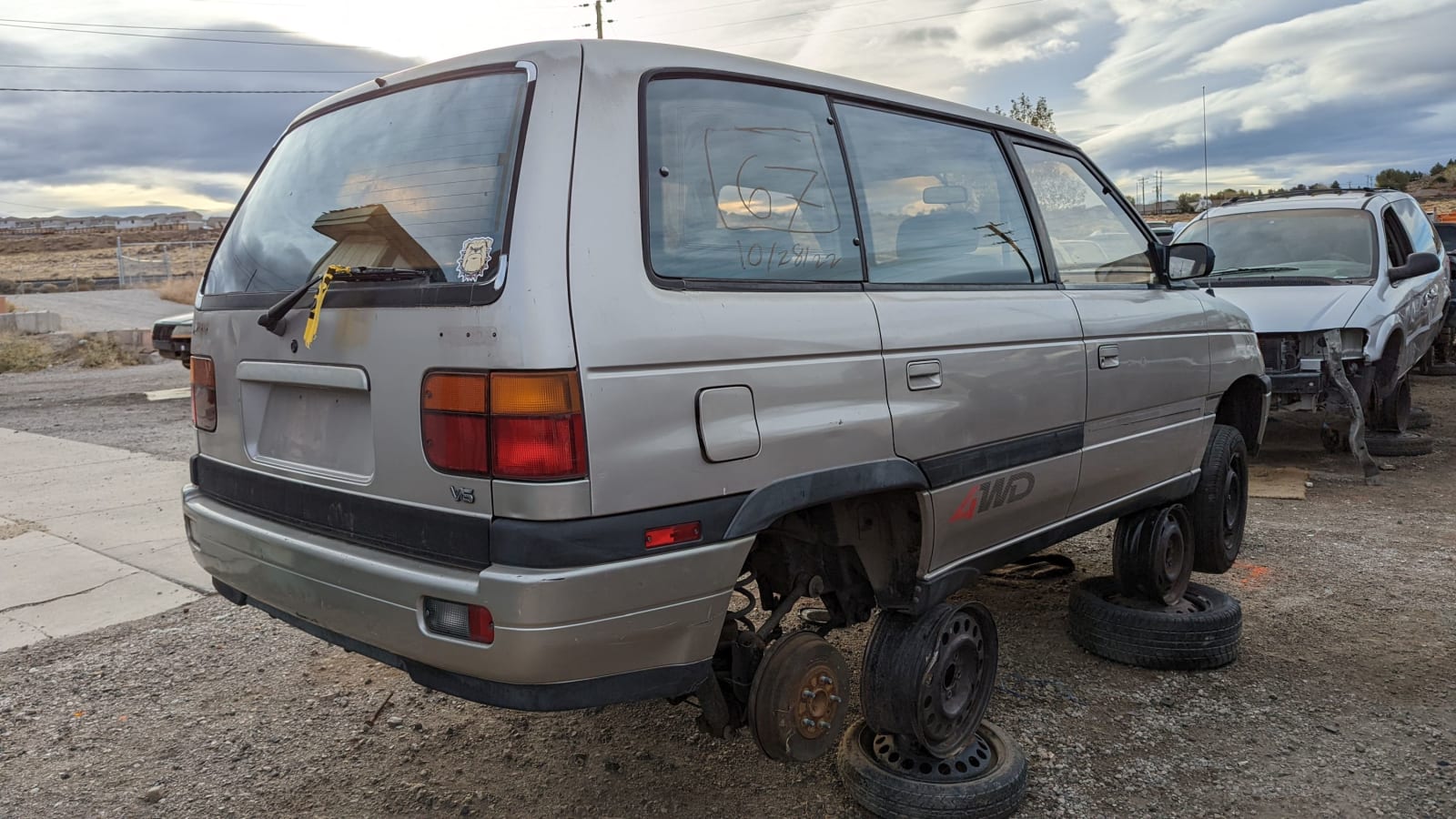 This being bone-dry Nevada, where road salt is seldom used, there's no significant rust on this van. 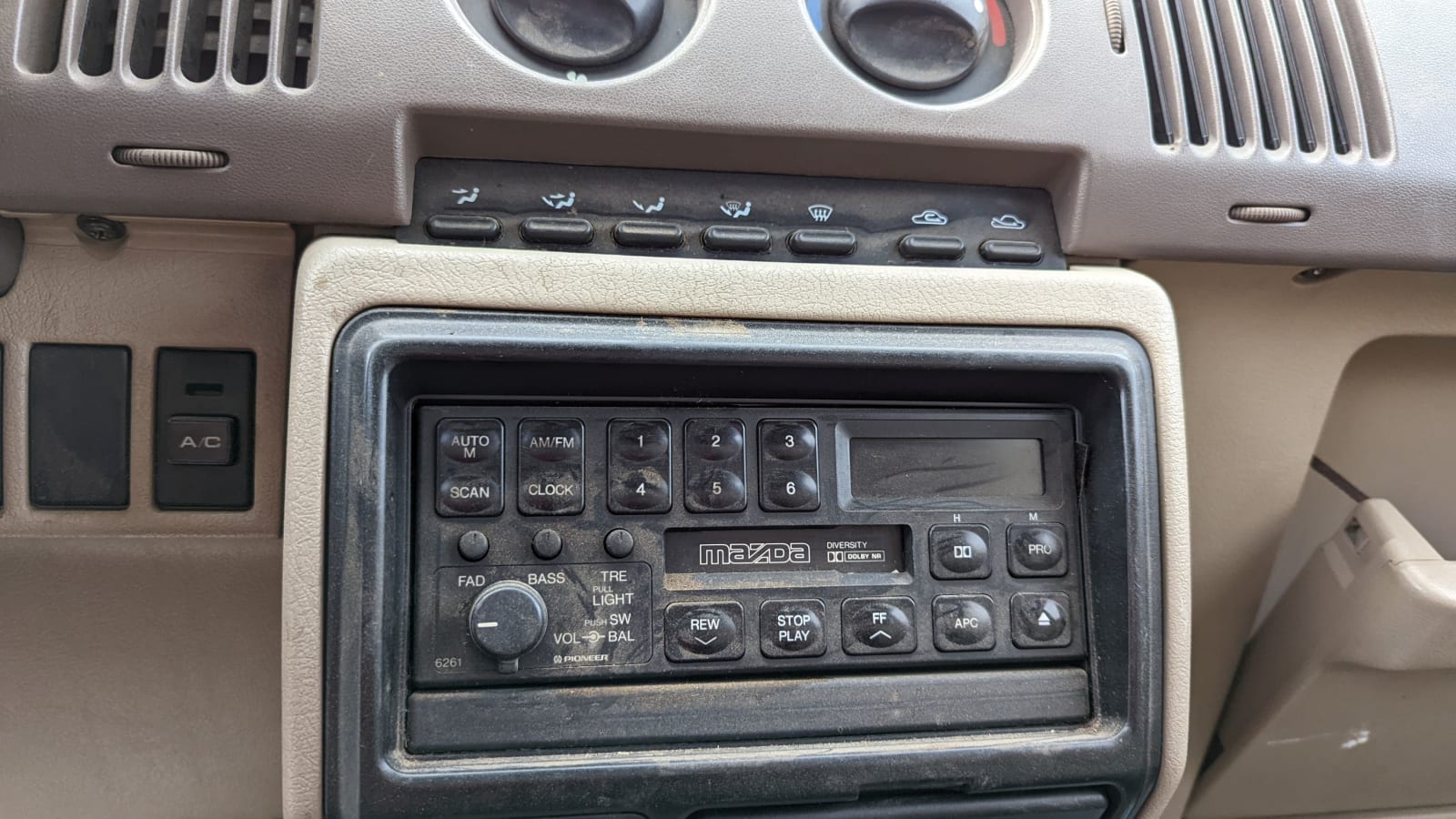 The audio system isn't quite as snazzy as what went into the MPV's 929 cousins, but it's still very nice for a 1990 minivan. 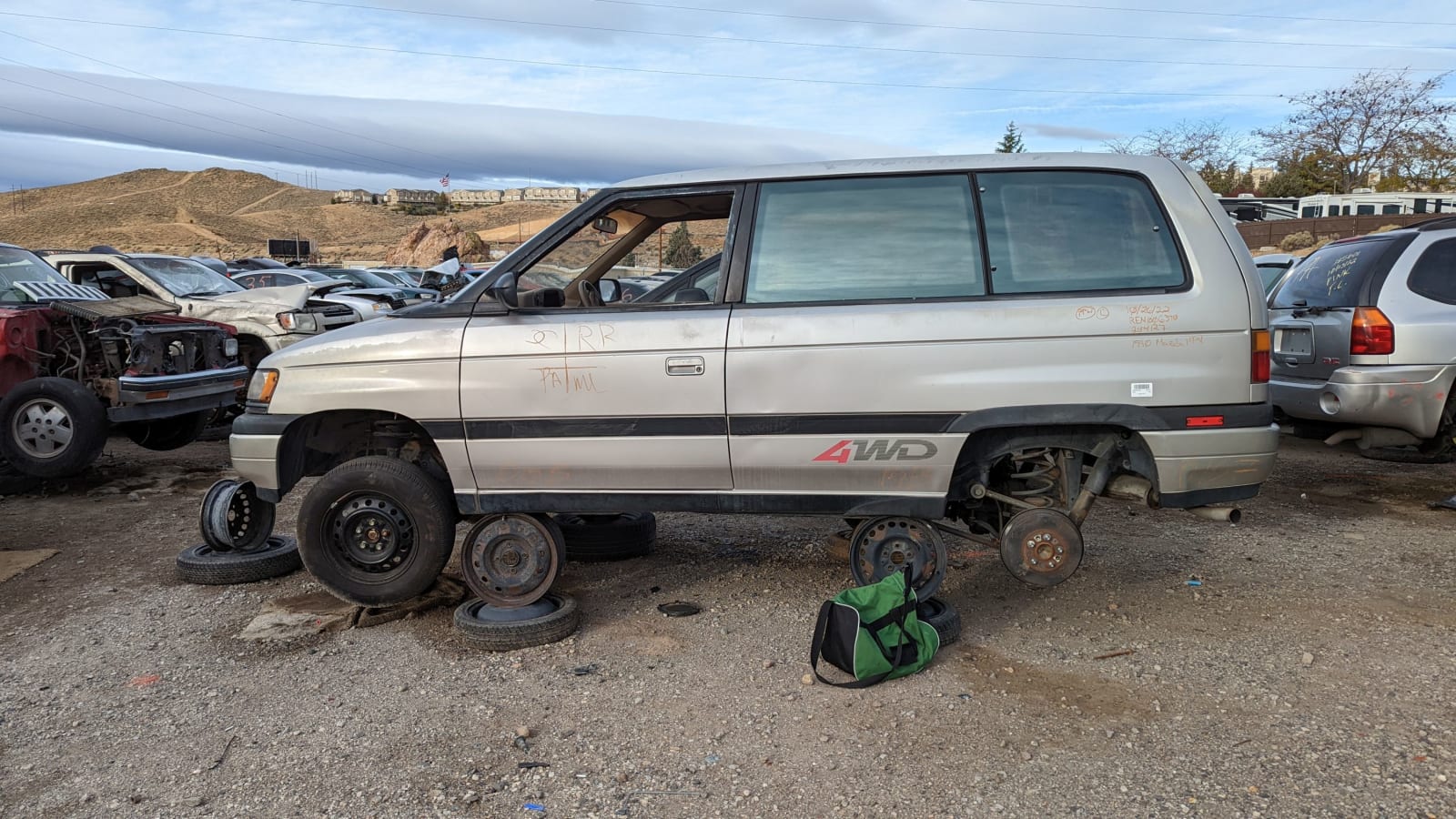 Mazda continued selling the MPV in Asia through 2016, but the final U.S.-market ones hit showrooms during the 2006 model year. Recognizing that Americans wanted truck-shaped family haulers by that time, Mazda replaced the MPV here with the CX-9 for 2007.

The MPV got good press, 32 years ago.

When you laid out the furniture in your home, you used the same kind of kansei engineering deployed by Mazda engineers in the MPV.

Fit eight members of your Japanese wedding party in your MPV!