In the old days, before about 1980, reaching 100,000 miles was considered quite an accomplishment for a car, so much so that just about all US-market cars — with the notable exception of some Mercedes-Benzes and most Volvos — came with 5-digit odometers. After all, what was the point of counting beyond 99,999 miles when so few cars reached that milestone? Toyota and Honda went to six-digit odometers here early in the 1980s, and I find plenty of their cars from that decade with final mileage readings deep into the 200,000s. 300,000 miles, though, is another level, and that's what we'll see with today's Junkyard Gem. 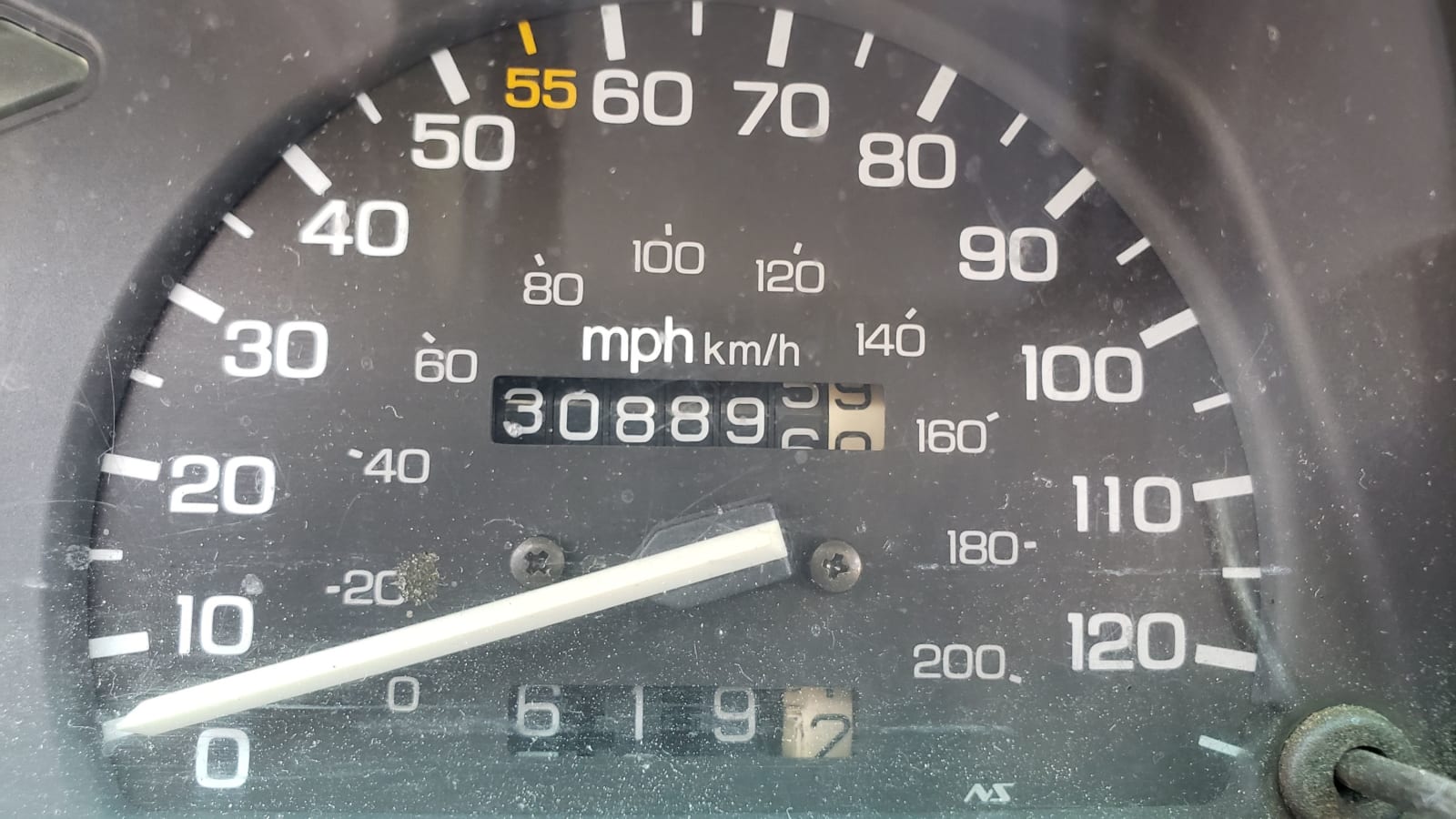 Yes, 308,896 miles of road passed beneath this car's wheels during its decades of service, better than twelve trips around the circumference of the planet. That's 214 miles more than this apocalyptic 1993 Civic VX hatchback, but still 14,590 fewer than this not-so-battered 1993 Civic DX sedan. Of course, those mileage readings don't come close to the real outliers I've found in junkyards, such as this 601,173-mile Mercedes-Benz 190E or this 493,549-mile Volvo 740 Turbo Wagon. The highest odometer reading I've ever found in a Honda came from this 1983 Accord sedan with 411,794 showing. 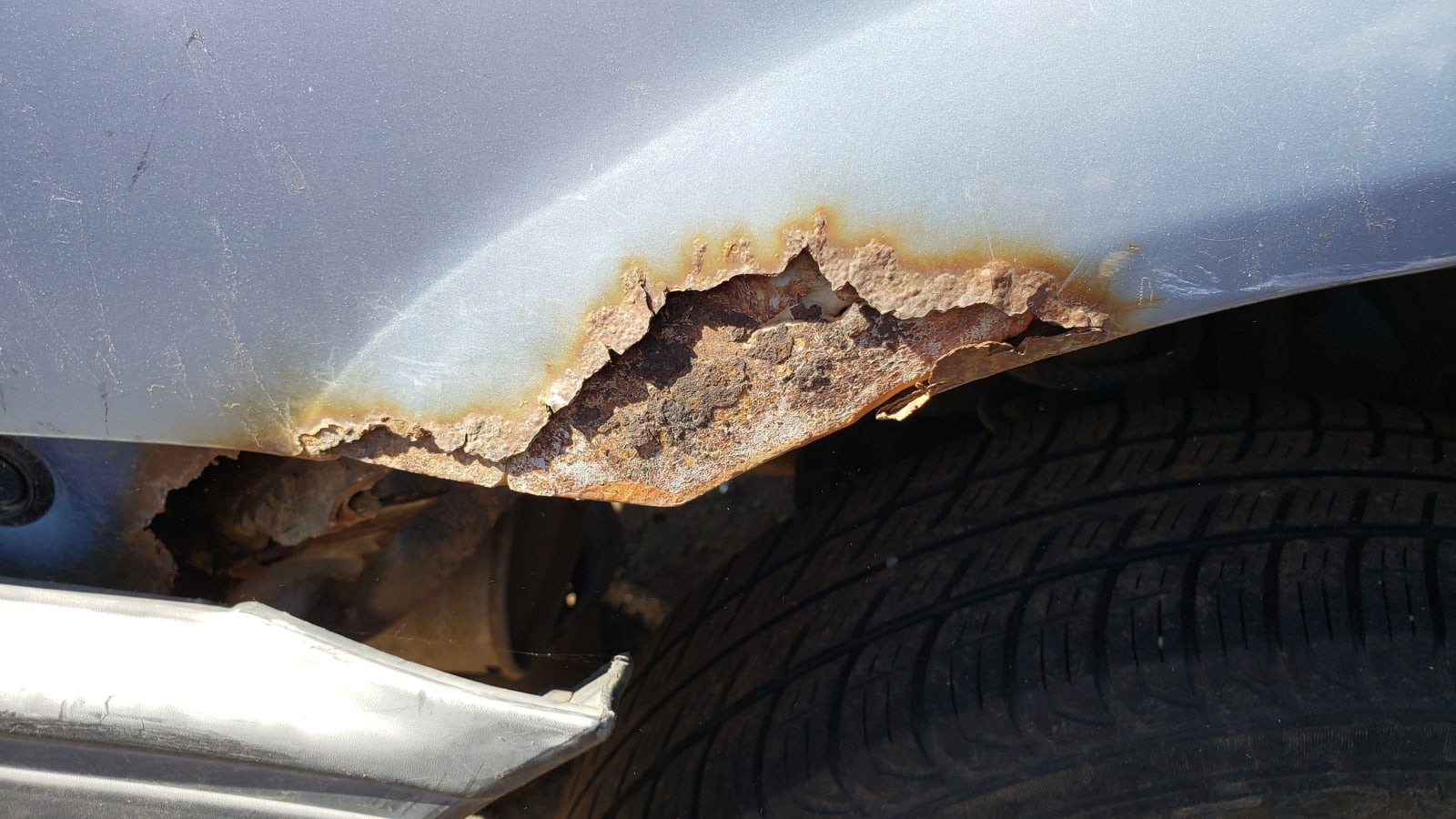 Hondas of the 1970s and 1980s tended to rust very quickly in regions with heavy road-salt use and/or high humidity. In less corrosion-prone areas, the Rust Monster chewed more slowly; High Plains Colorado gets snow but not much road salt, and single-digit humidity here keeps old Civics alive longer than what you'll see a couple of states to the east. This not-so-severe level of rust on a high-mile car here, even if it's a runner, usually means the next stop will be the junkyard. 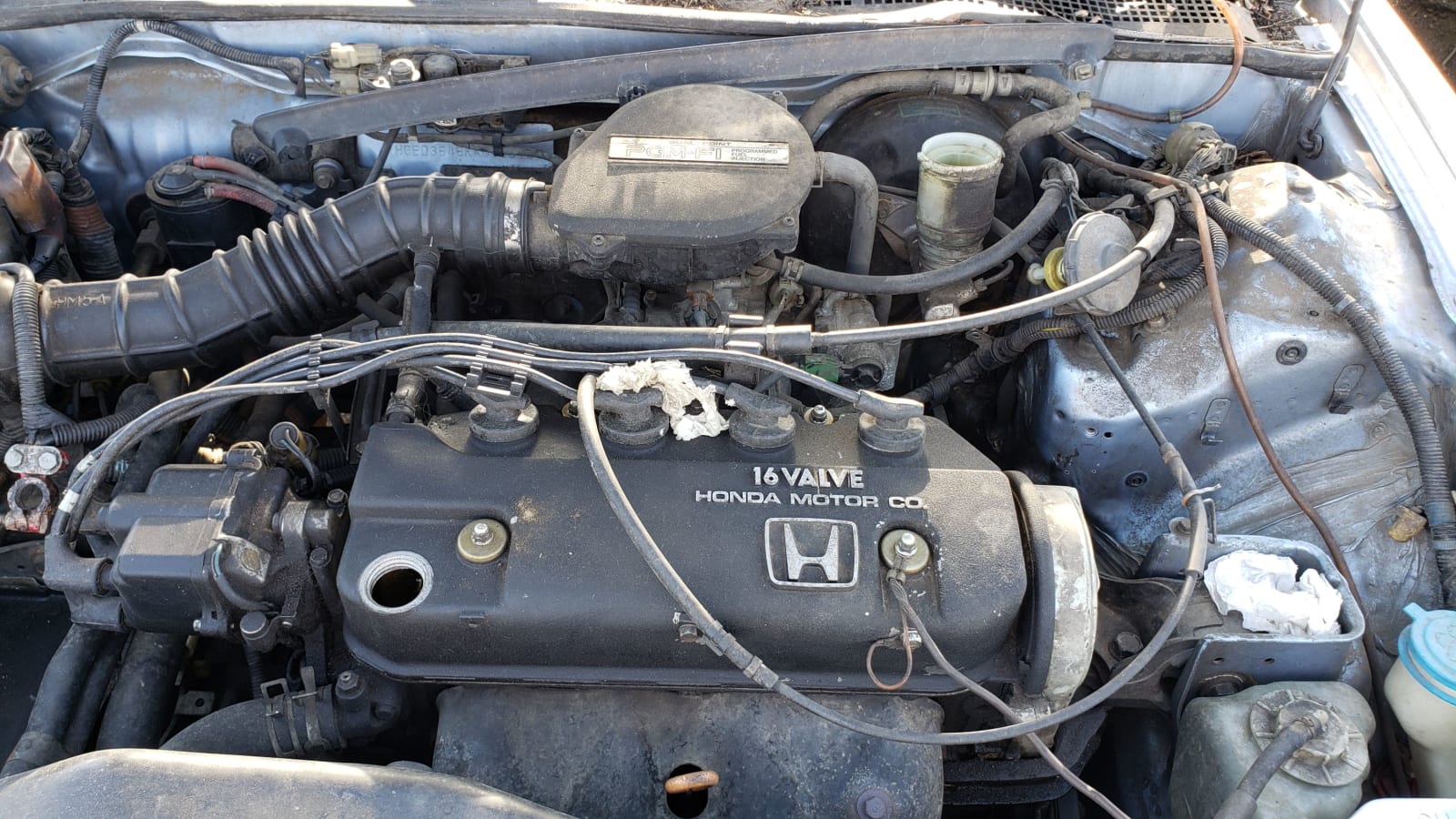 Sales of the fourth-generation Civic ran from the 1988 through 1991 model years here. This is the D15B2 engine, displacing 1.5 liters and rated at 92 horsepower. If you could keep the head gasket intact, the Honda D engine would last forever. 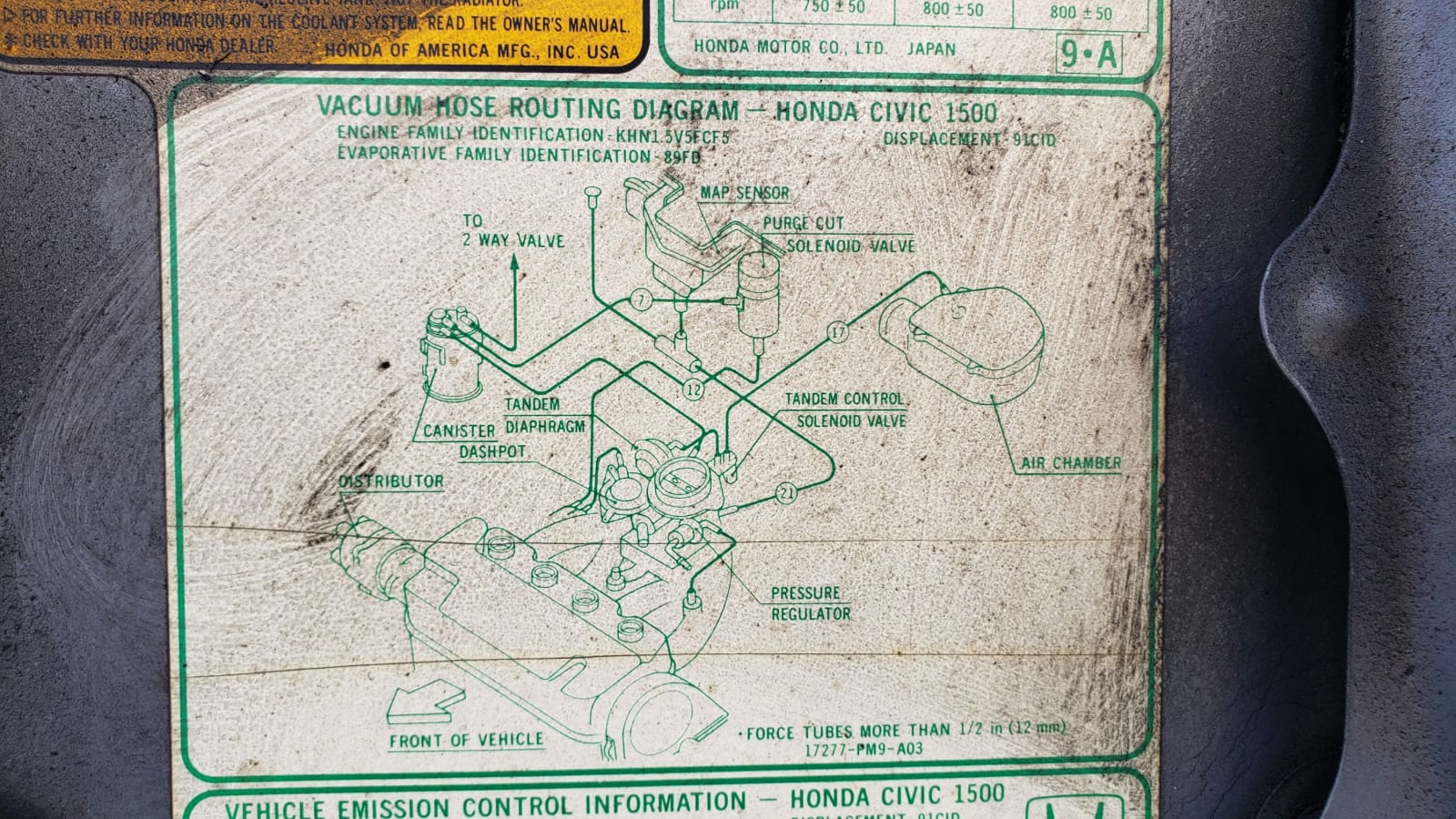 The final carbureted Civics, with their nightmarishly complex Map of the Universe vacuum-hose diagrams, sold here for the 1987 model years. Starting with the 1988 Hondas, electronic fuel injection (and its refreshingly simple vacuum-hose diagram) came as standard equipment. The Civic Si of this era got 105 horsepower, while the base 1989 Civic got a mere 70. 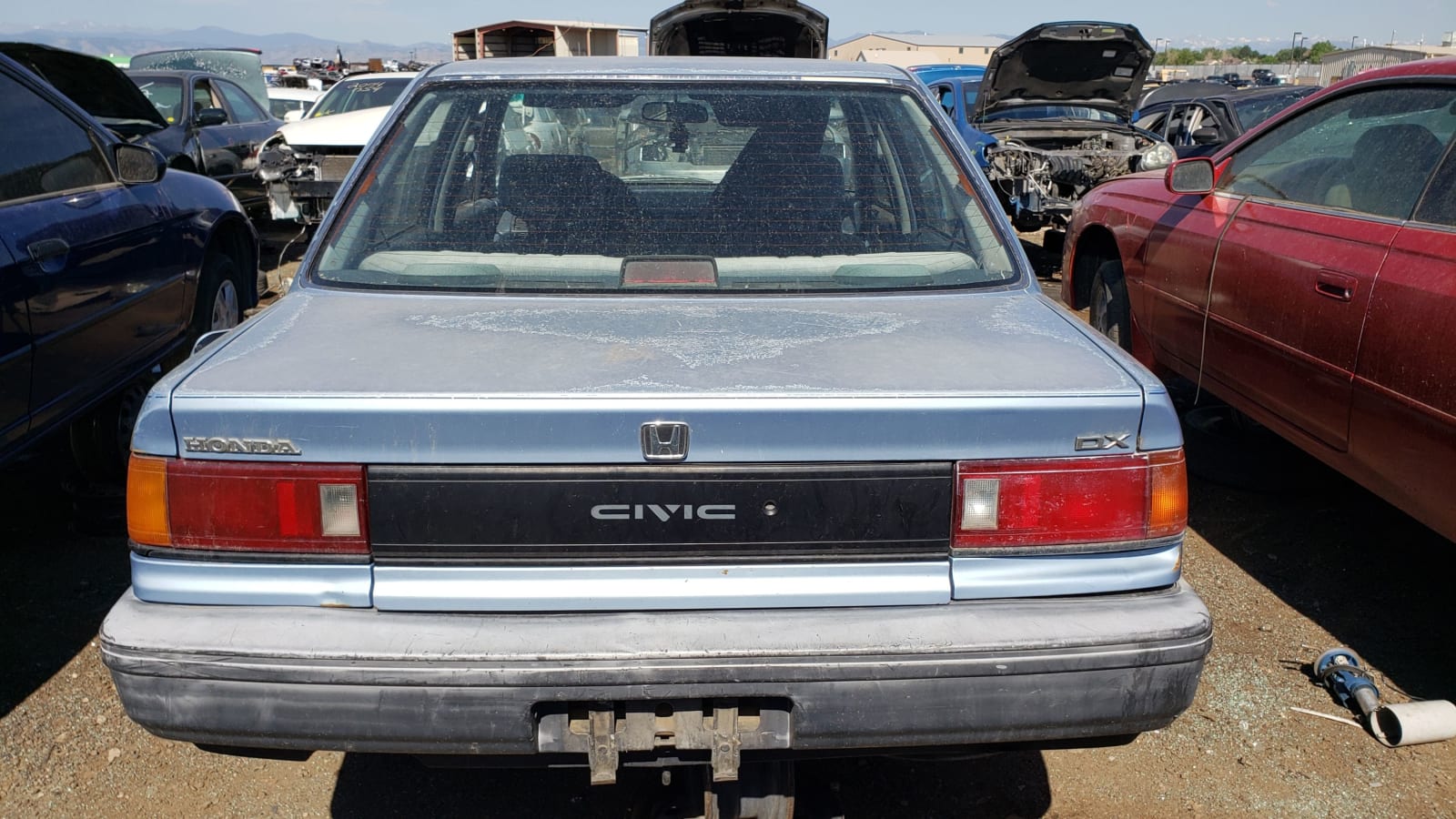 This is the mid-level DX, available in both sedan and hatchback form. By this time, Civic hatchbacks were outselling the sedans by a healthy margin (though the hot-rod Si came in sedan form only in 1989). 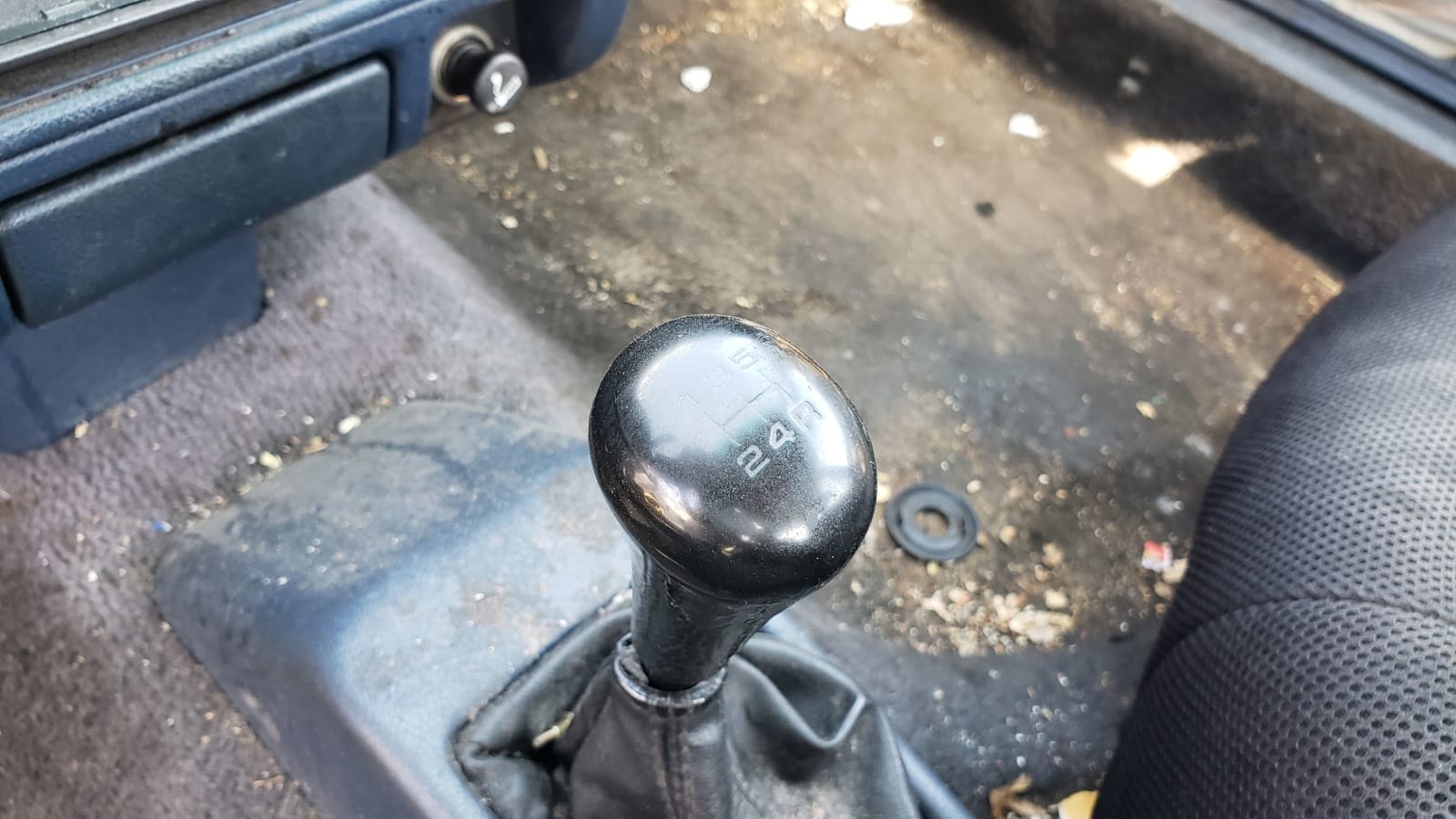 Automatics still weren't big sellers in economy cars of this era, because a slushbox added a hefty dollop-o-dollars to the price tag and cost you more at the gas pump back then. The base 1989 Civic had a proletarian-grade four-on-the-floor manual, but the DX and up got you a 5-speed manual as standard equipment. 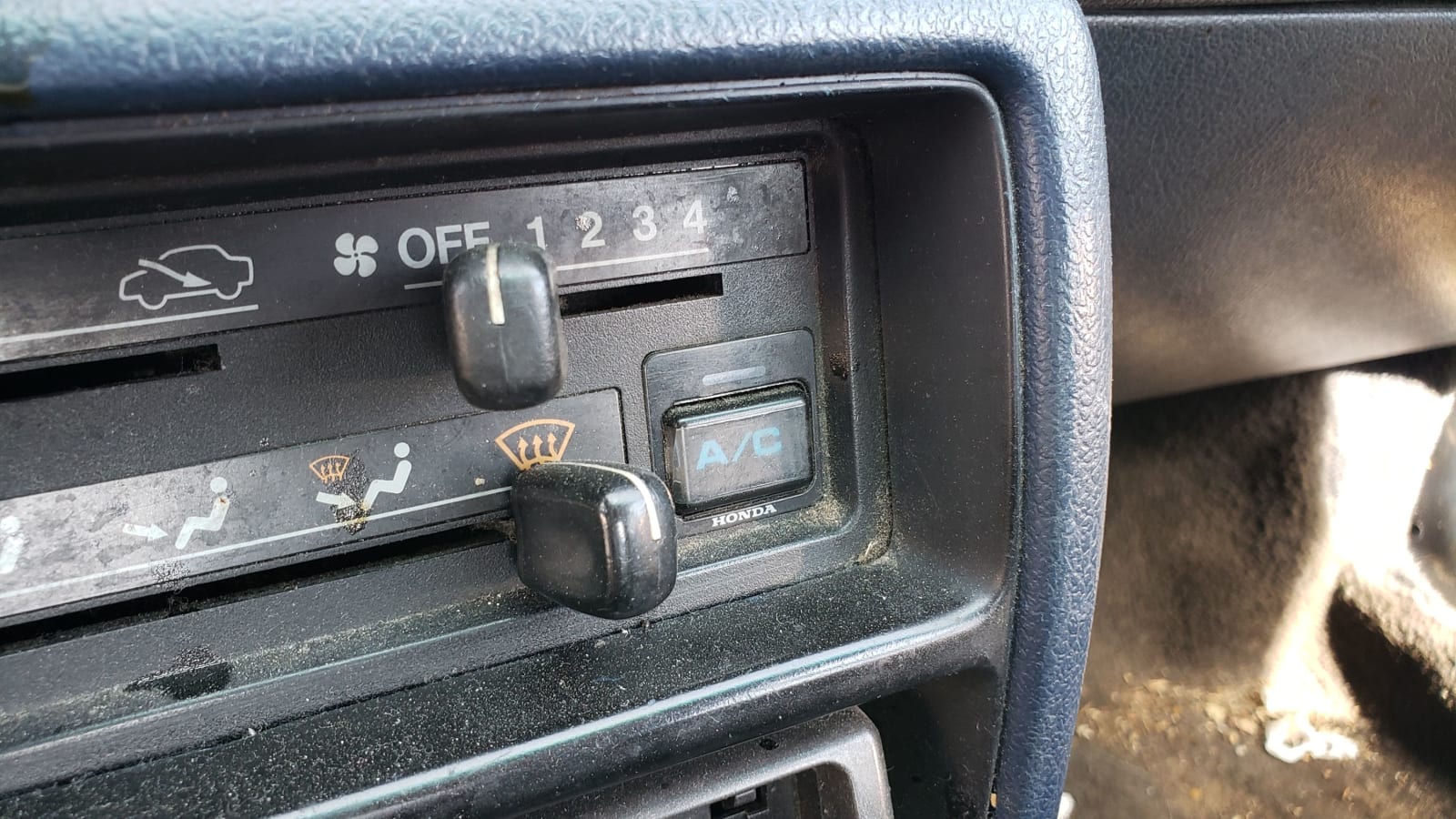 Air conditioning, even! You won't find many subcompacts of the 1980s with this option, which many considered a frivolous waste of money. You never heard of opening the windows when it's 115°F out? 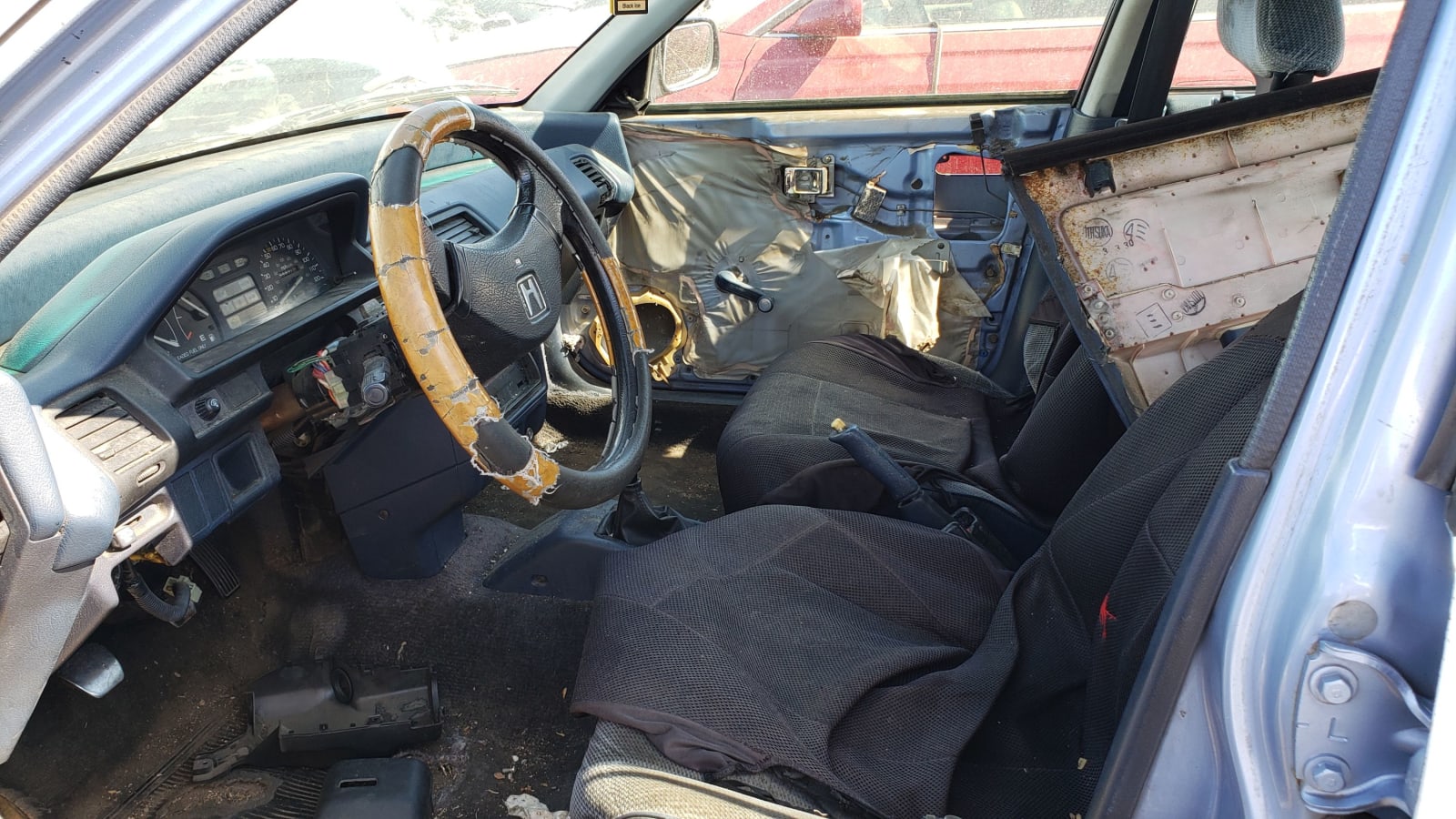 The interior looks grimy but not disgusting, so we can assume this car's owners took good care of it until close to the end. 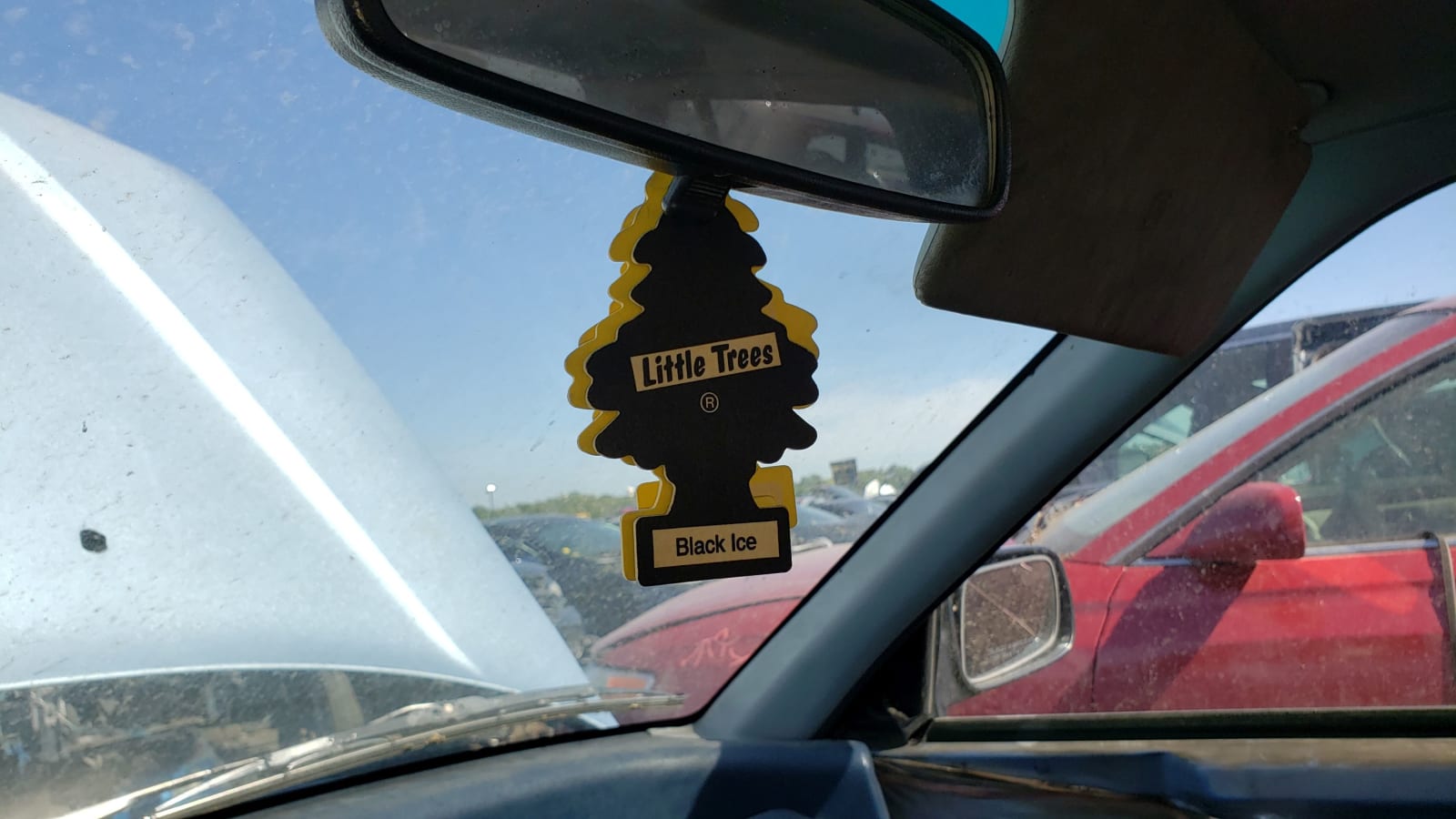 So much bigger than its ancestor of little more than a decade before.

So much heart, a Japanese car shopper could red-zone park it in San Francisco while making an international phone call from a pay phone.

We couldn't get the 35XT version in North America, sadly.

In Hong Kong, the fourth-gen Civic sedan got pitched as a big car.