Lee Iacocca's friendship with Alejandro de Tomaso went way back, and it led to the Ford-powered De Tomaso Pantera being born in 1971 (when Iacocca was running Ford). After Iacocca moved over to head Chrysler in 1978, he began working with de Tomaso (who owned Maserati by that point) to develop a sports coupe based on the Chrysler-salvation K-Car platform. It took quite a while, but eventually that car became reality: the Chrysler TC by Maserati (officially known as Chrysler's TC by Maserati). Some 7,300 were built through 1991, and I've found one of them in a Denver-area car graveyard. 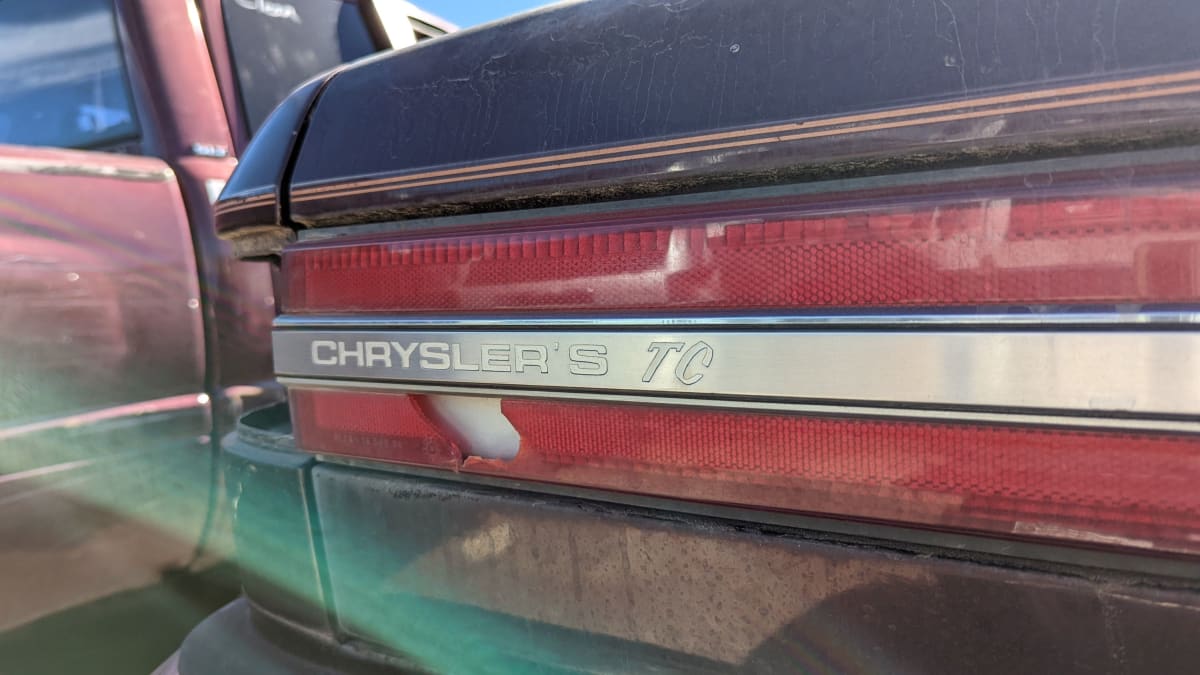 I've managed to document four of these cars in their final parking spots prior to this one, in wrecking yards in Colorado, California, and Wisconsin. The Chrysler's TC by Maserati does have a devoted following, but they can't save 'em all. 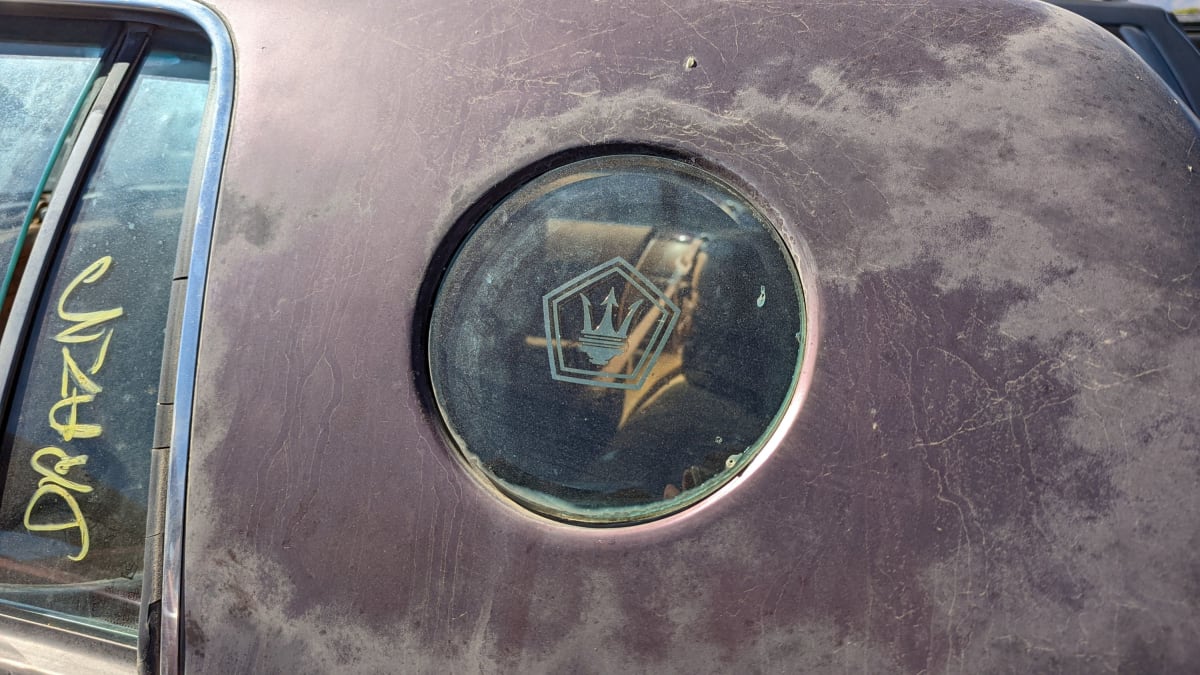 The TC really was assembled by Maserati in Italy, but the underlying chassis was taken from the Dodge Daytona. 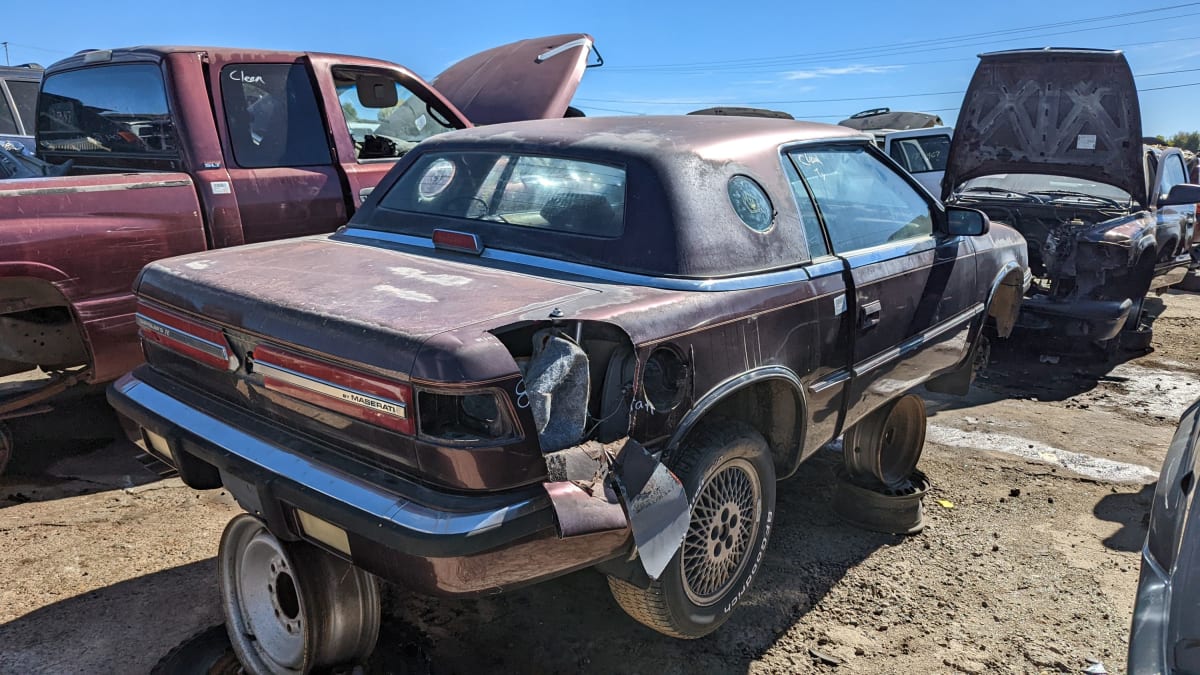 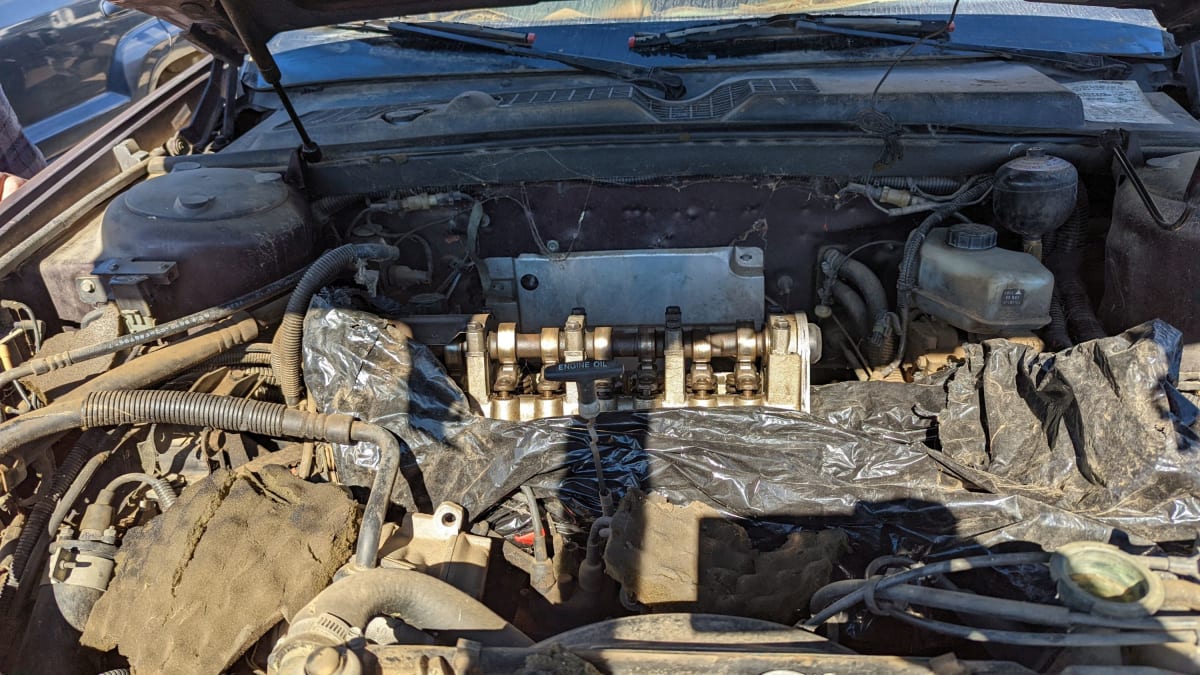 The TC had three different engines driving the front wheels over its short lifetime: two varieties of turbocharged Chrysler 2.2 four-cylinder (one with 160 horsepower and one with a Cosworth cylinder head with 200 horsepower) and that good old workhorse of a Mitsubishi V6: the 6G72, with 141 horses. This car has the 160hp 2.2. 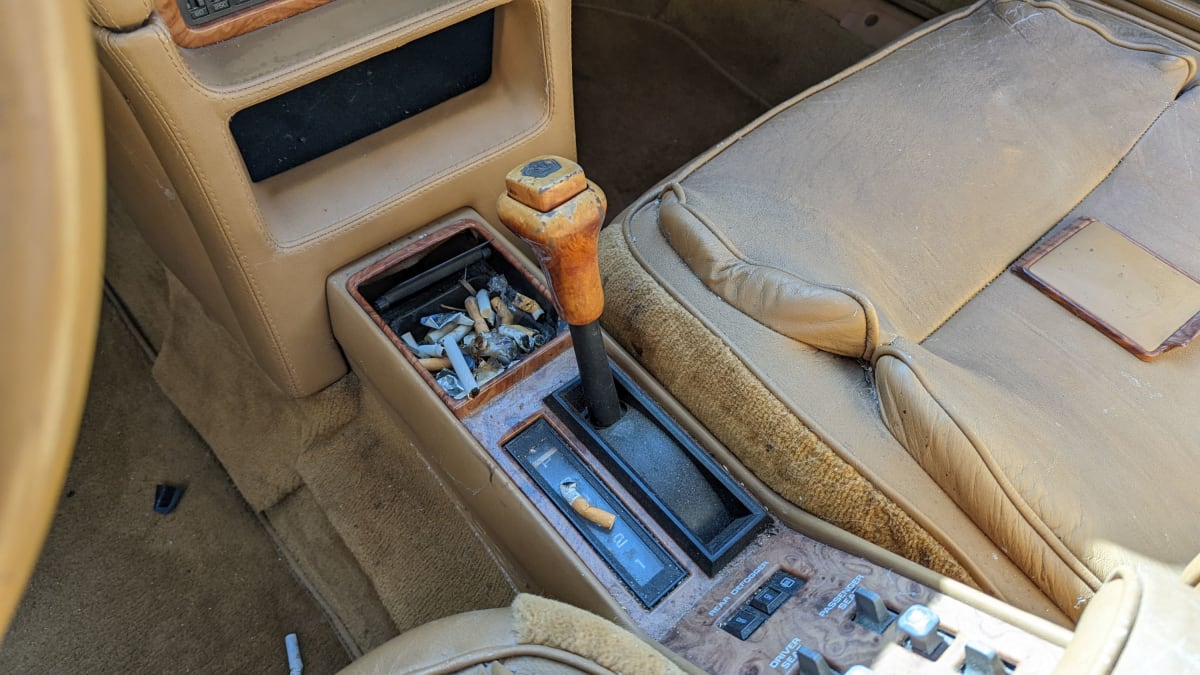 The Cosworth-headed cars (500 were built) got a five-speed manual transmission, but the other 6,800 TCs got a Chrysler slushbox of either three or four speeds (this one is a three-speed). 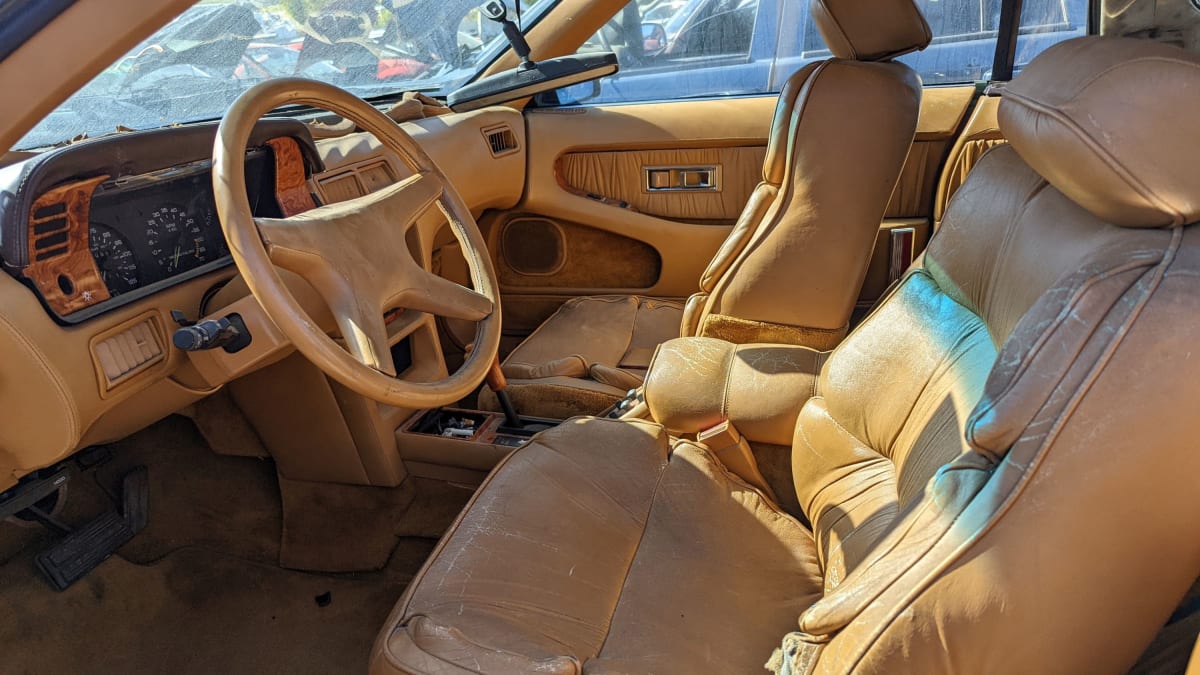 There was a lot of snobbish disapproval of the TC by the automotive press, but just look at that interior! 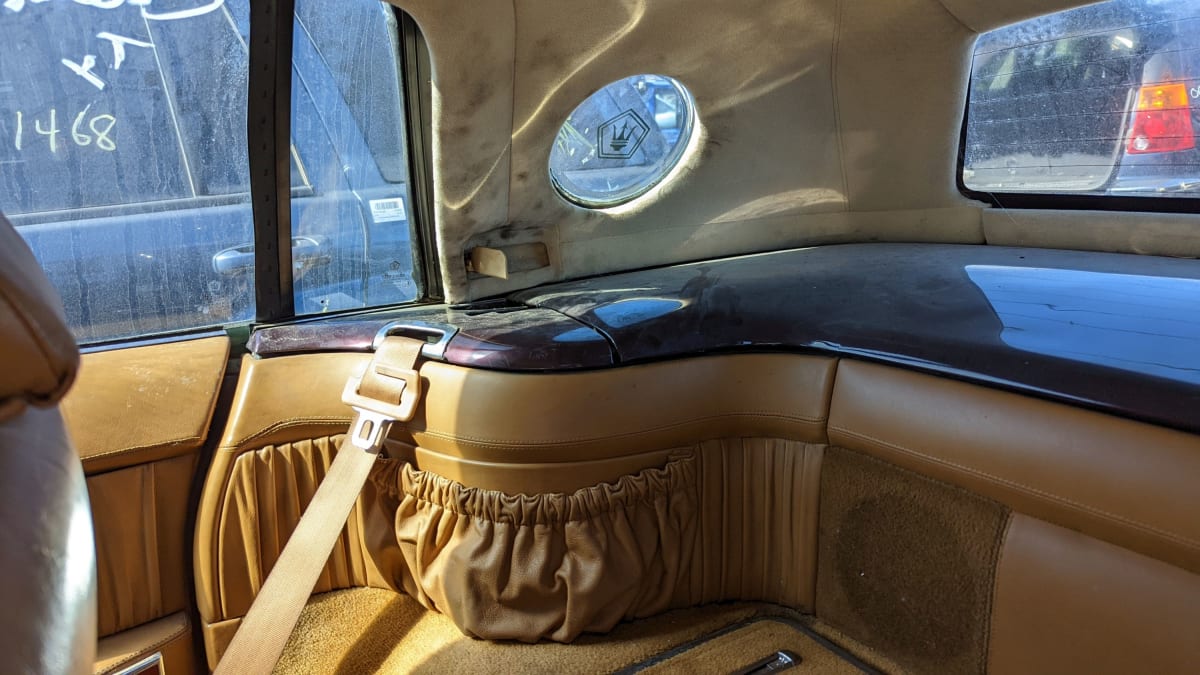 Even the most over-the-top LeBaron never got this level of swank inside. 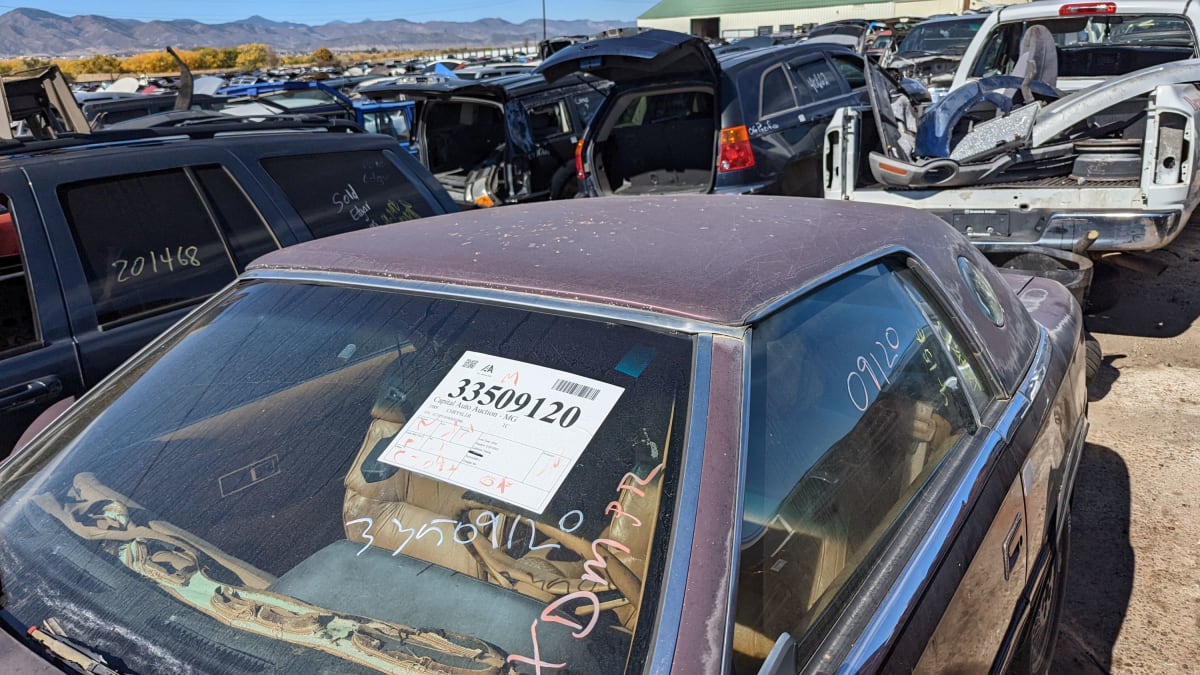 Every time I write about one of these cars, I hear that the factory hardtop roof is worth fantastic money… but four out of the five examples I've found in junkyards had the hardtop, and I think every single one went to the crusher with its car. 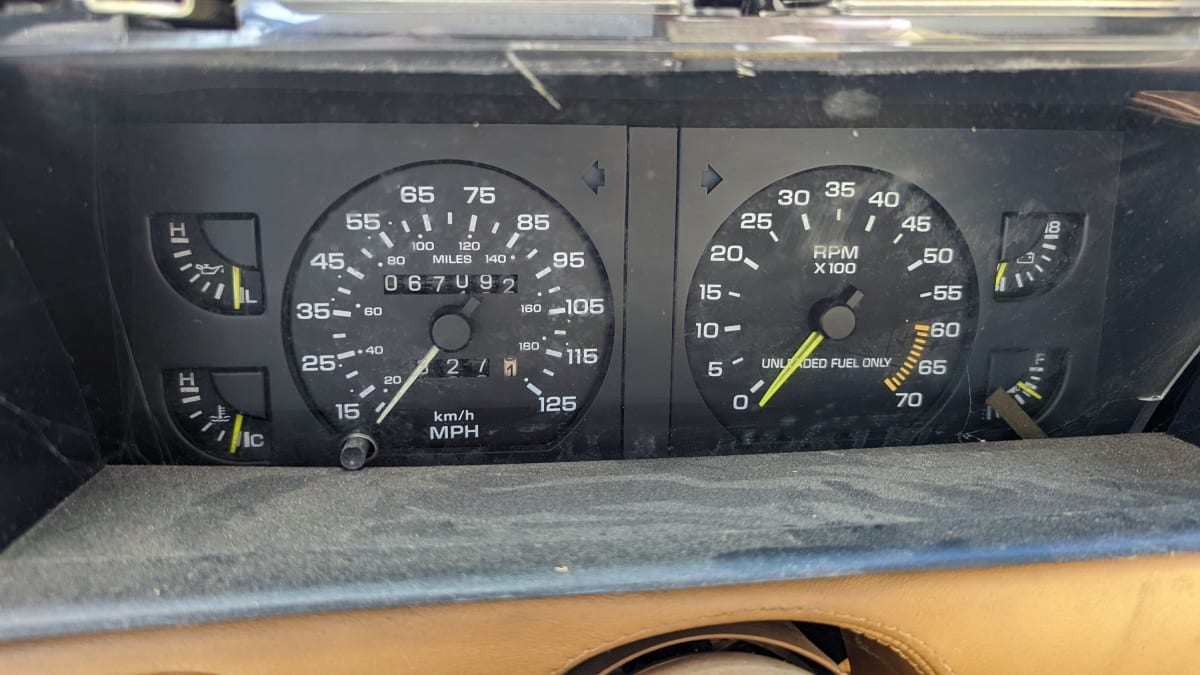 How many miles? Not many! Maybe the speedometer cable broke in 1995. 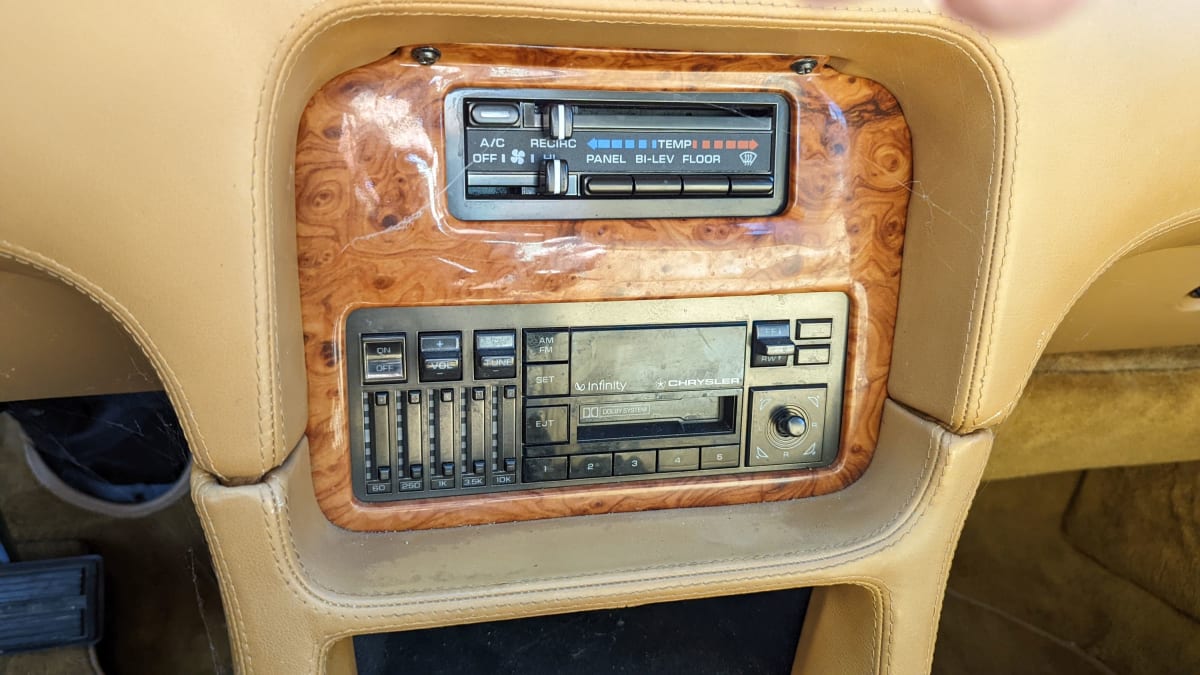 The radio and HVAC controls are straight LeBaron, but the wood and leather are the real thing. 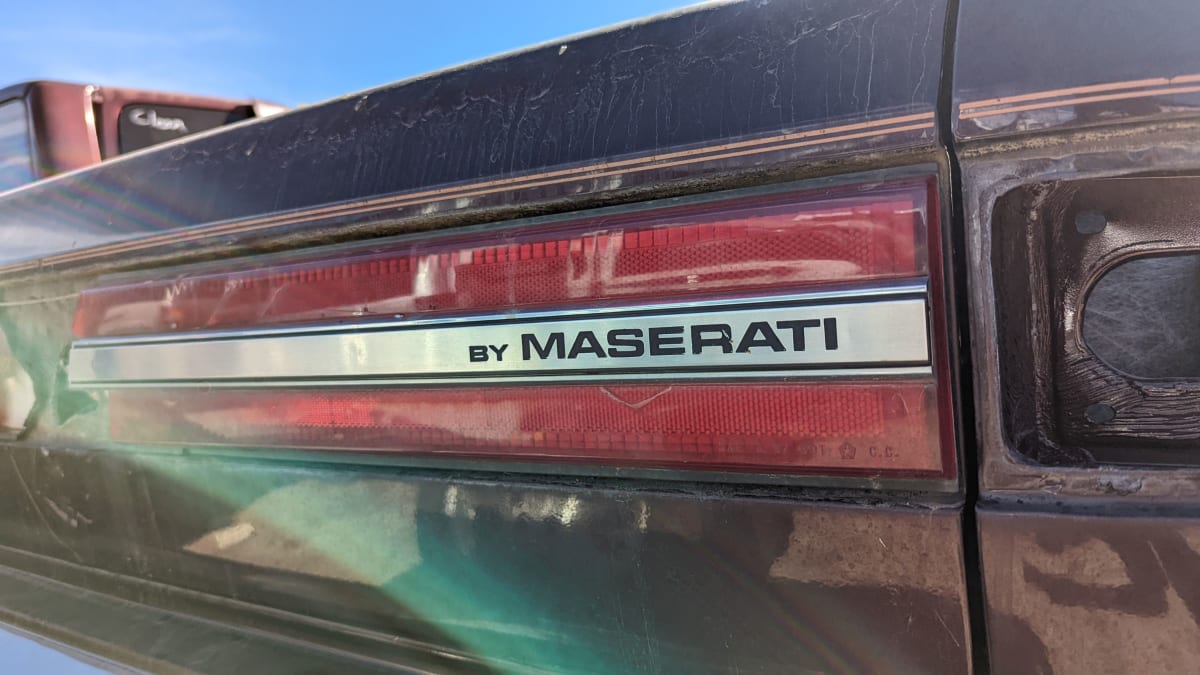 Chrysler had hoped to compete with the Cadillac Allanté (also assembled in Italy at great expense) and Buick Reatta, but it became clear by the early 1990s that American car shoppers weren't much interested in very expensive two-seaters based on existing front-wheel-drive sedans and (mostly) equipped with automatic transmissions.

A blending of Italian craftsmanship and American engineering, which was true enough.