When Toyota and General Motors joined forces to build cars together at the former Fremont Assembly plant in California, where El Caminos and GTOs were once assembled and now Teslas are born, the result was New United Motor Manufacturing Inc., also known as NUMMI. The very first vehicle to come off the NUMMI assembly line was a 1985 Chevrolet Nova, which was an Americanized AE82 Toyota Corolla Sprinter, and production of the Novarolla continued through 1988. Here's one of those cars, a 1987 notchback found in a wrecking yard in Denver, Colorado. 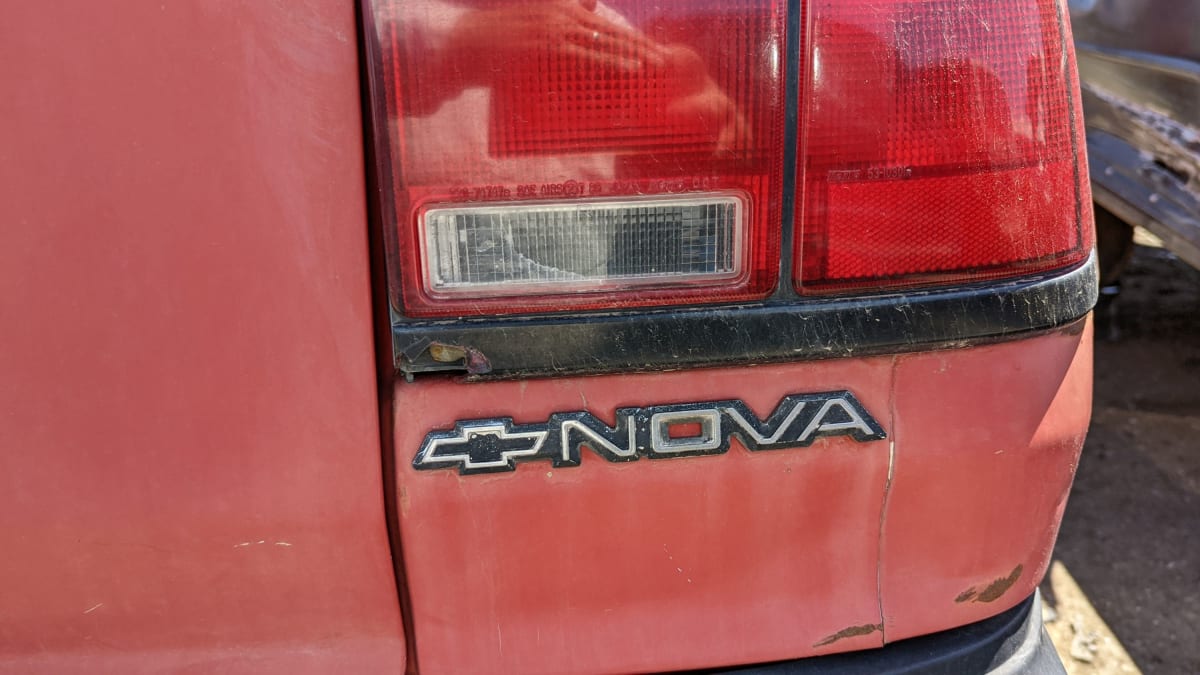 The Nova name goes back to the 1962 model year, when it was used as a trim level for the brand-new Chevy II compact. Just as the Malibu trim level shoved aside the Chevelle name to become a model name in its own right (in 1978), the Chevy II name disappeared in 1969 and the Nova name took over. When the Citation appeared for the 1980 model year, the increasingly antiquated Nova got the axe in North America (production continued for a couple of years in Iran, however). Millions of Americans had positive memories of their simple, reliable Chevy Novas, though, and so the name was revived for the new NUMMI-built Corolla. 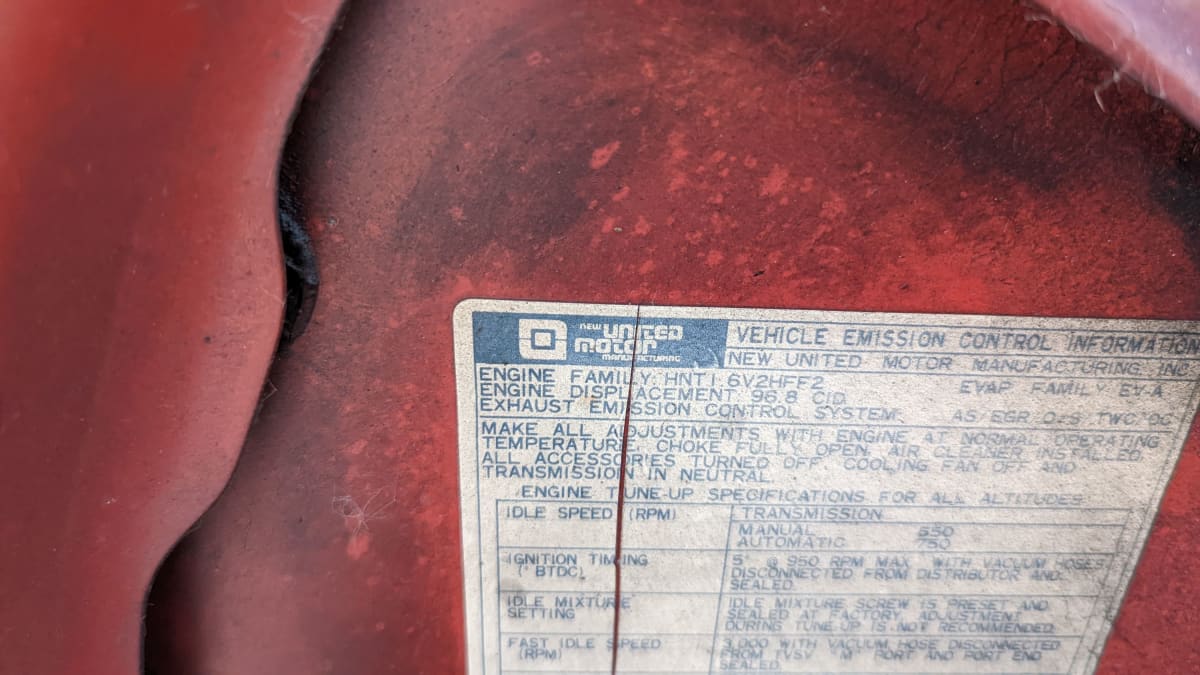 In fact, the NUMMI-built Nova proved to be exceptionally well-made, which shocked everyone who had any experience with the often-shoddy vehicles built during the latter years of Fremont Assembly (I grew up nearby, and I knew guys who had worked there during the early 1980s; their tales of corner-cutting and workplace hazards would chill your blood). The NUMMI Novas were built by many of the same workers, represented by the same UAW leaders, but the build quality was far better than that of, say, an '81 Regal built there. 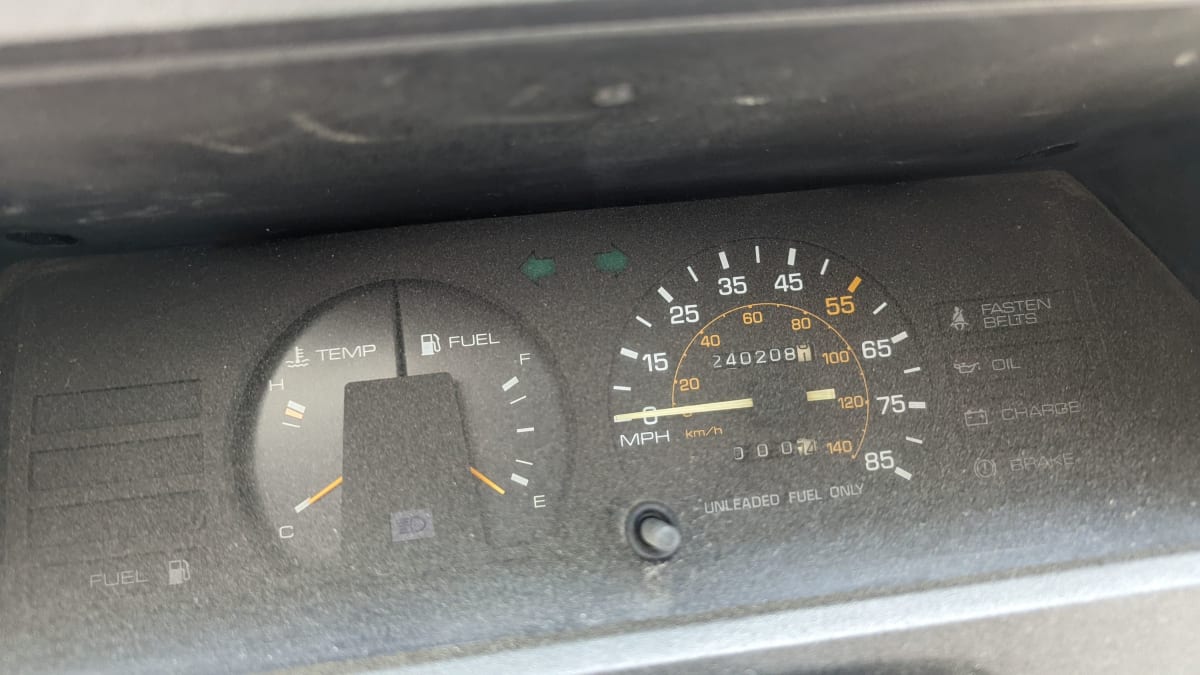 This one made it to 240,208 miles, which isn't quite as good as some other 1980s Toyotas I've found in car graveyards but certainly a respectable mileage total for an affordable mid-1980s car. 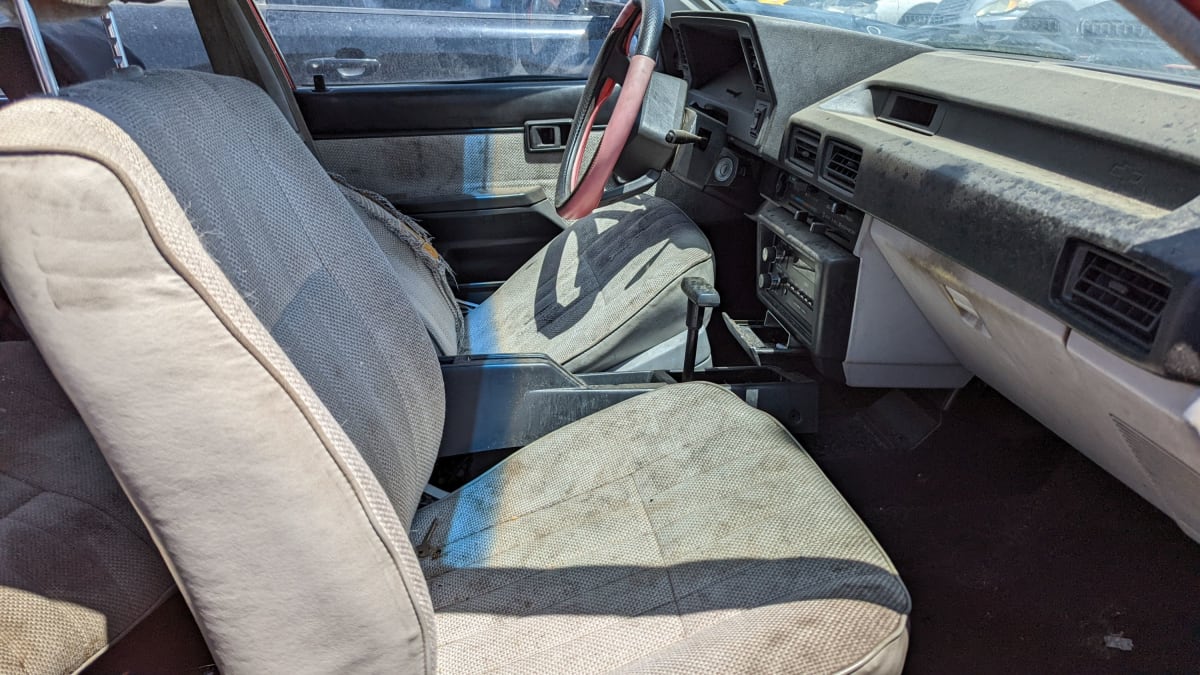 The interior is grimy but not abused-looking, so we can assume that every owner (except perhaps the final one) took good care of this car during its life. 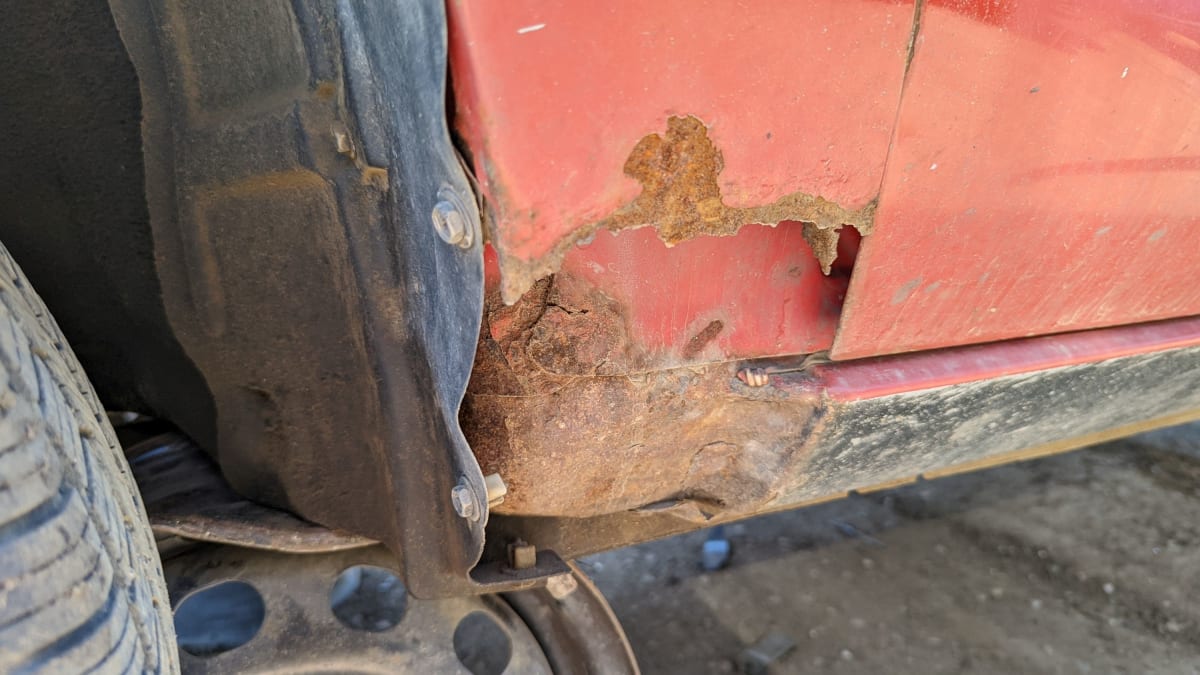 Why is it here? Probably a combination of rust (not as bad as what happened to Toyotas in the Rust Belt, of course) and some mechanical failure that would have cost more than a few hundred bucks to fix. 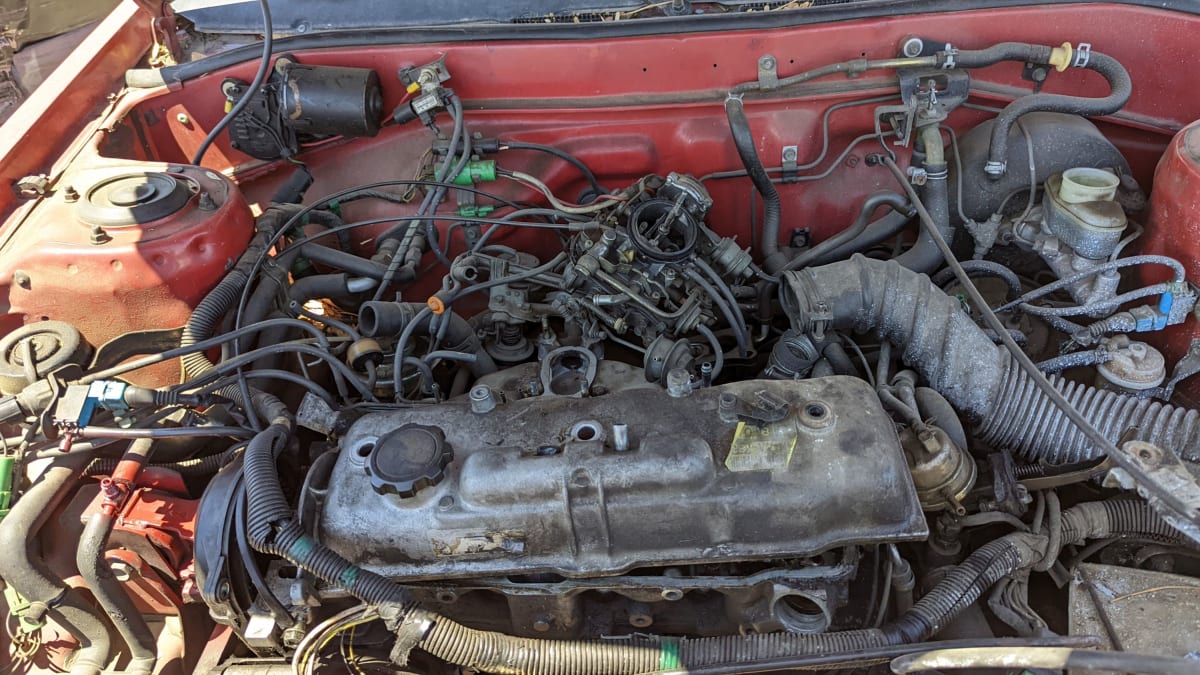 Mechanically speaking, it's pure E80 Corolla. The engine used in all 1985-1987 Novas was the carbureted 4A-C, rated at 74 horsepower. For 1988, Nova shoppers could get a Nova Twin-Cam with the same 110-horse engine that went into the (NUMMI-built) Corolla FX16 GT-S. 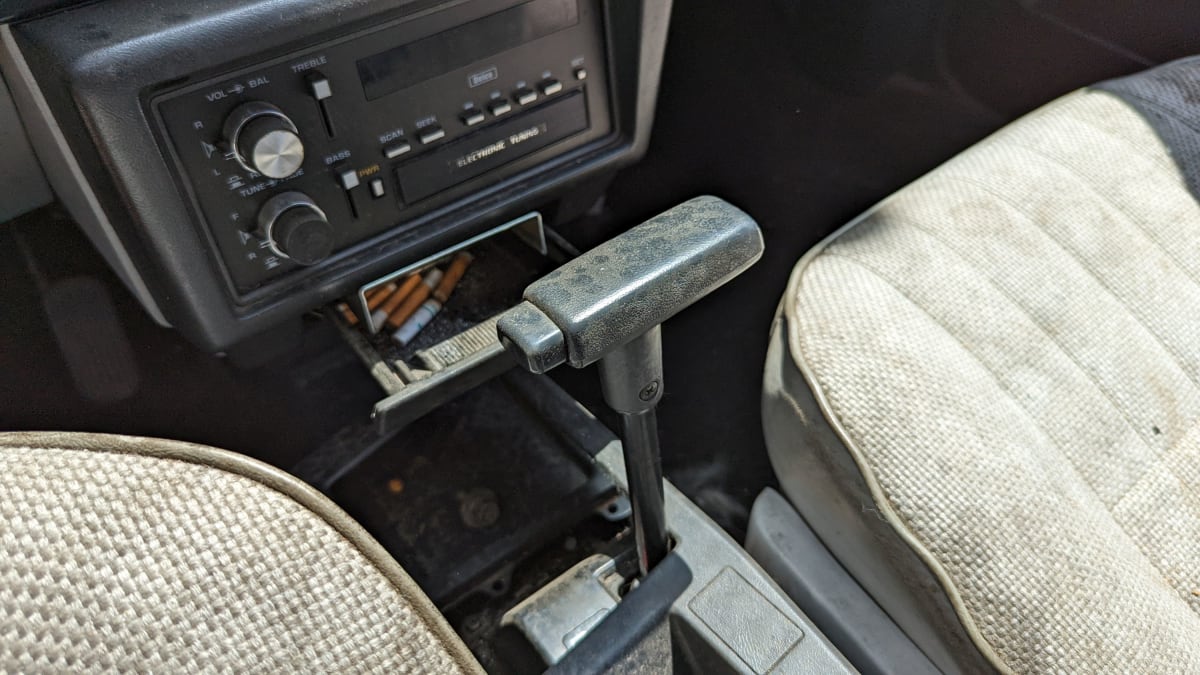 A five-speed manual transmission was base equipment on the NUMMI Nova, but this one has the optional four-speed automatic. 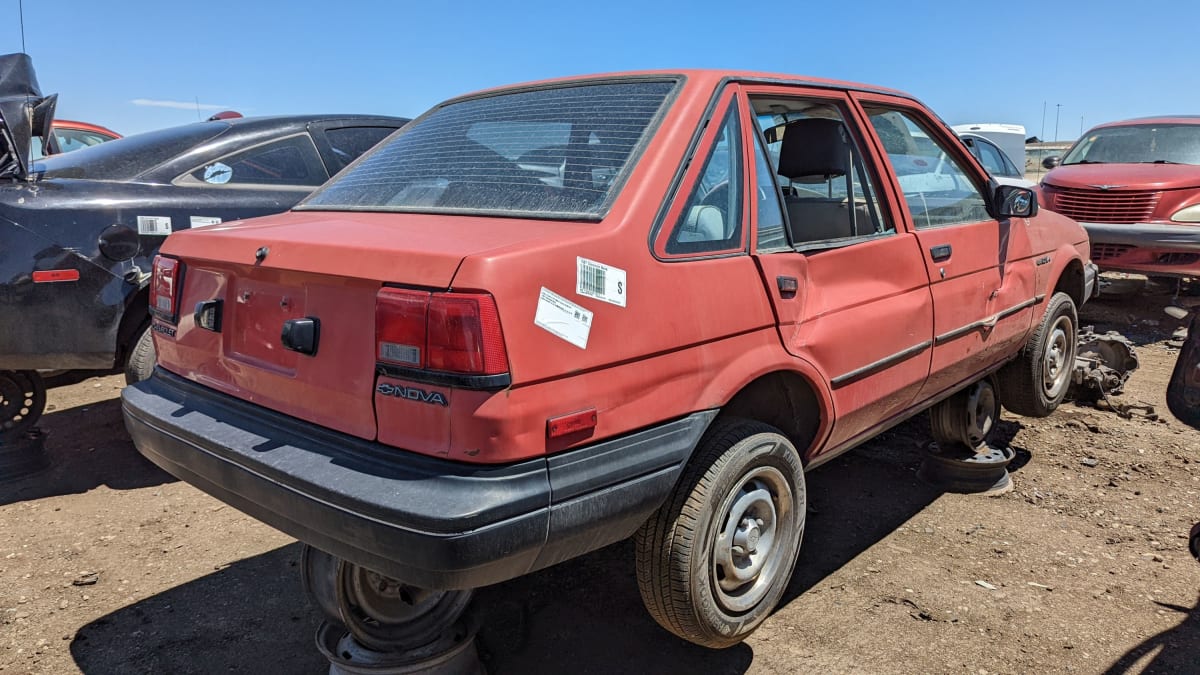 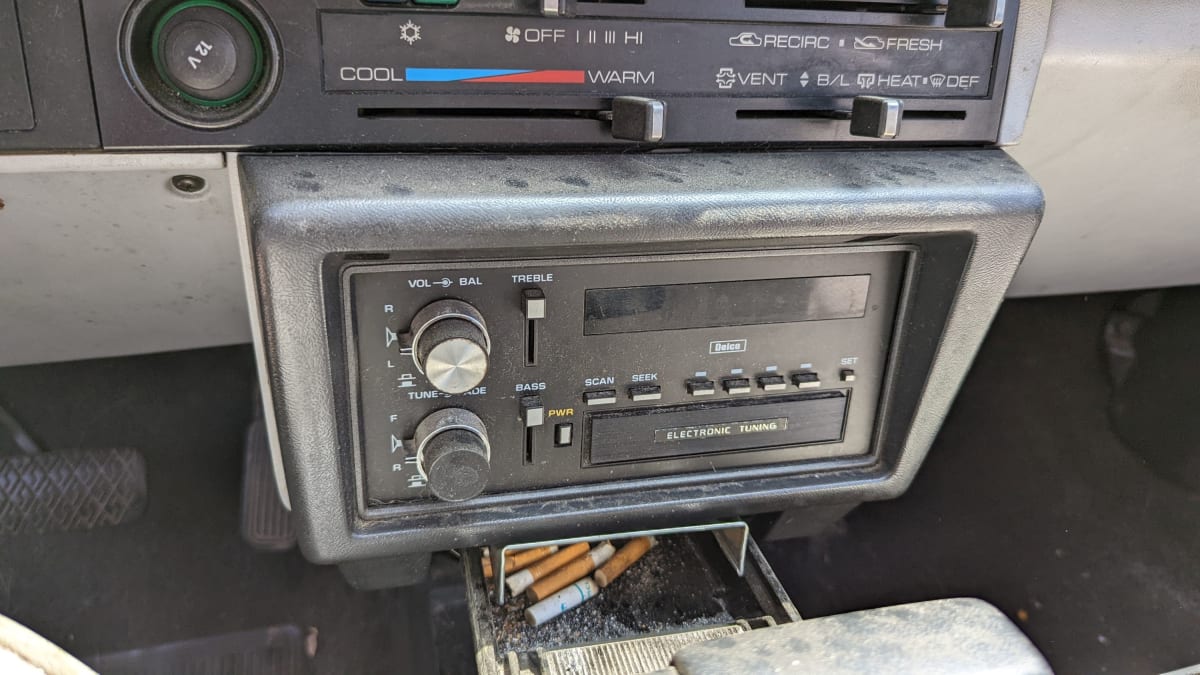 This one has the automatic transmission, air conditioning, and this Delco AM/FM radio (which you needed in order to listen to the great music of 1987), which suggests that the $630 ($1,680 now) Nova Option Package 3 was chosen by the original purchaser. By this time, Toyota-badged E90 Corollas were being built at NUMMI, and they got Fujitsu TEN radios instead of Delco units. 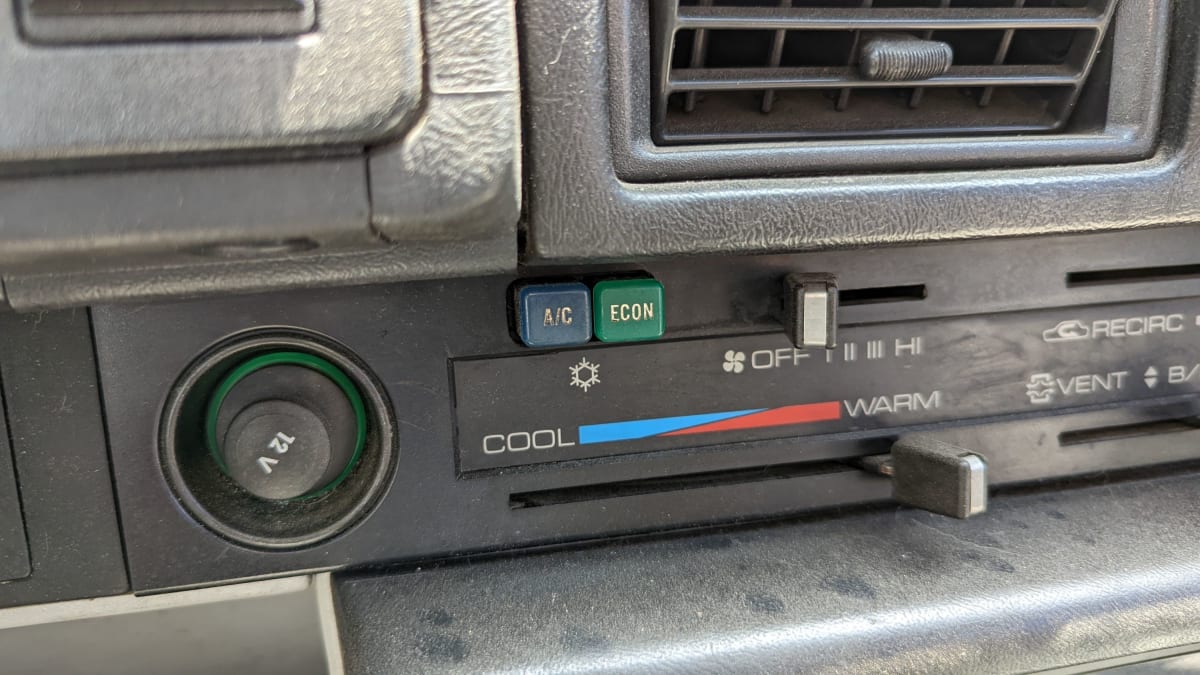 The "Econ" setting on the air conditioning was found in other Toyotas of the era. 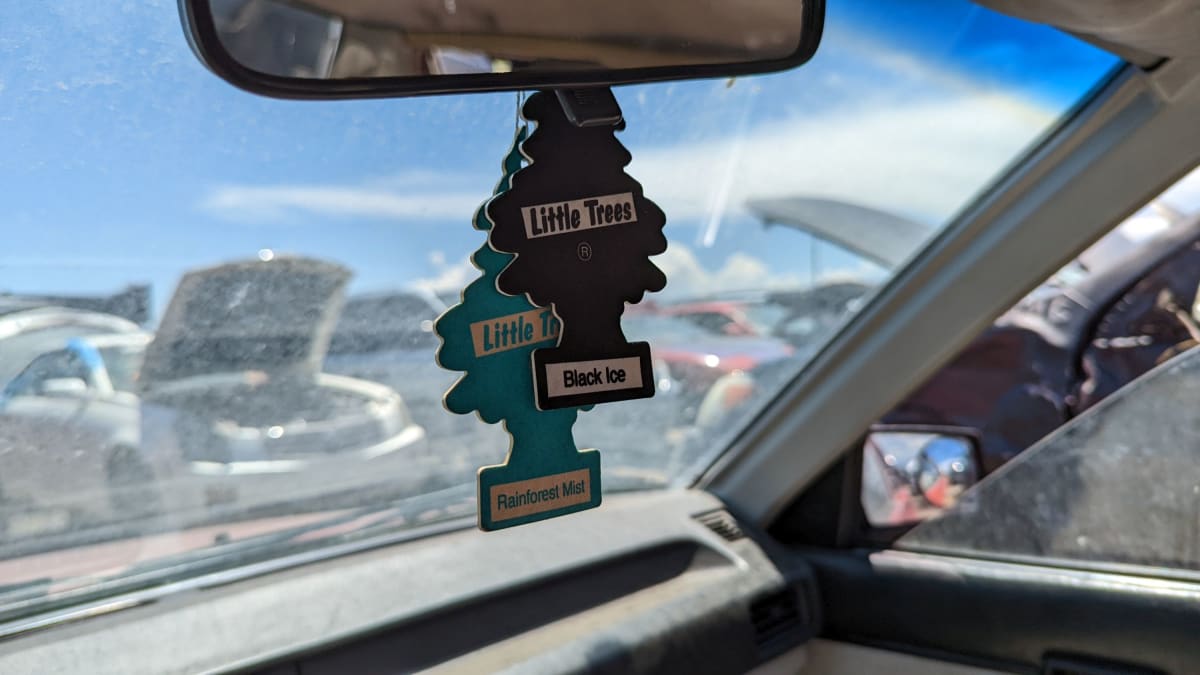 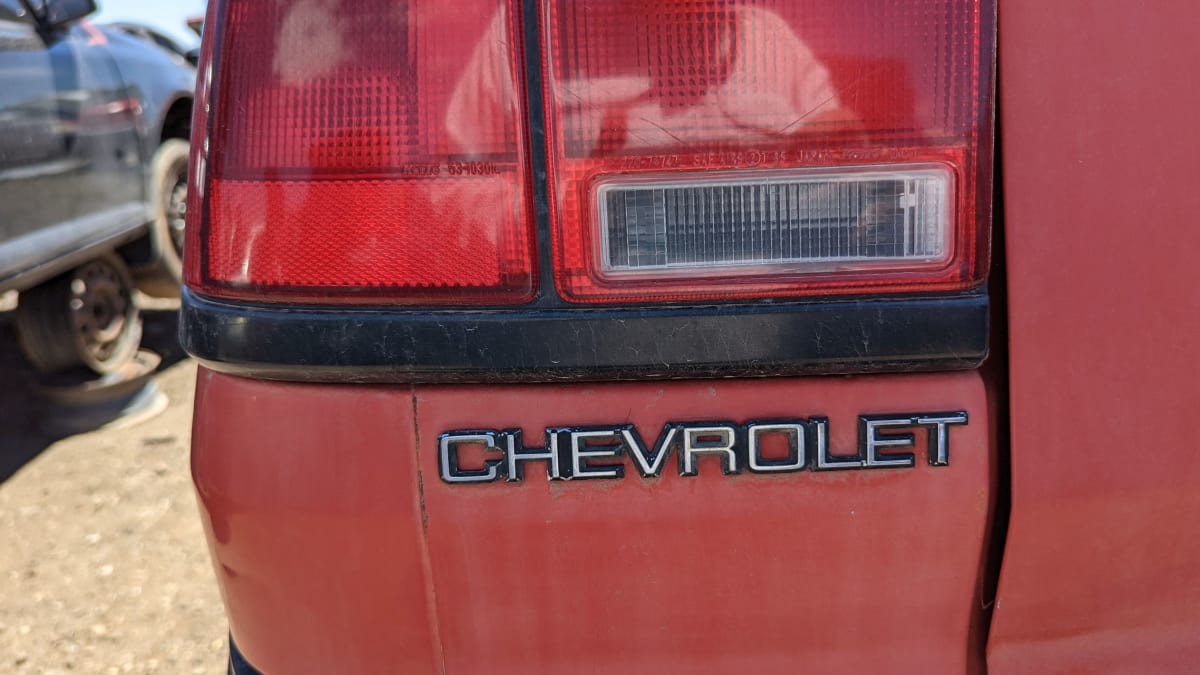 Starting in 1989, NUMMI began building E90 Corolla Sprinters with Geo Prizm badges, replacing the Nova. The Prizm became a Chevrolet with the 1998 demise of the Geo brand, with production ending in 2002.

Perhaps the NUMMI Nova really will be incredibly valuable to future generations of collectors.