When you visit a big American self-service car graveyard these days, you'll find plenty of Ford Mustangs. Nearly all of those cars will be the 1994-2004 SN95s, with a few fifth-generation Mustangs plus a surprising number of 1974-1978 Mustang IIs. Pre-1974 Mustangs are exceedingly rare in the big, high-inventory-turnover yards nowadays, of course (though I do find one now and then), but the real surprise is how tough it is to find reasonably intact Fox Mustangs in such places. The Fox sold from the 1979 through 1993 model years and more than 2.5 million were built, but they remain very popular with enthusiasts and mostly get spared a date with The Crusher. Still, discarded Foxes appear from time to time; last month, I spotted a clean '86 Mustang LX with the 2.3-liter Pinto engine at a yard just north of downtown Denver, and that very same yard had today's Junkyard Gem a few rows away. 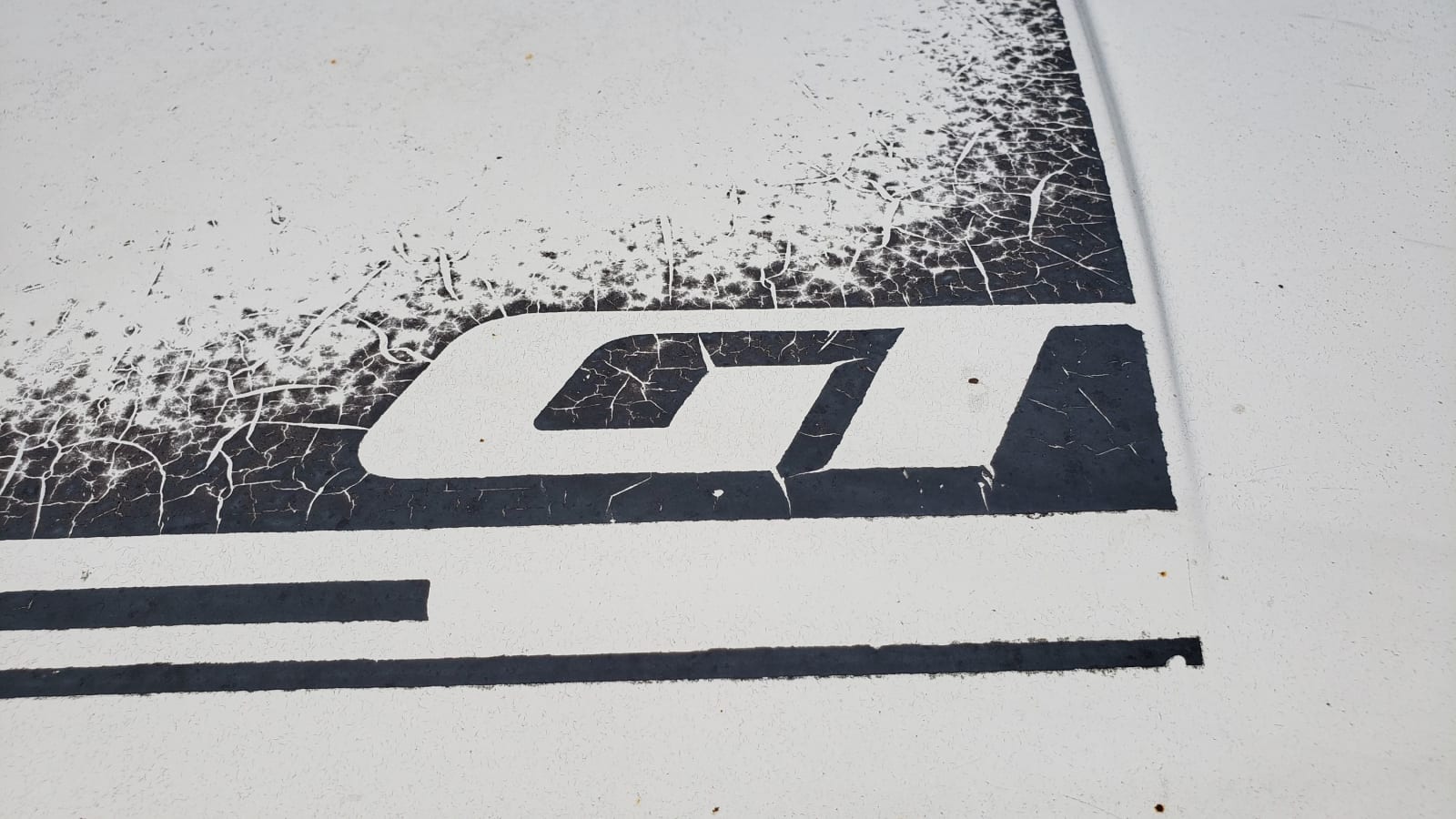 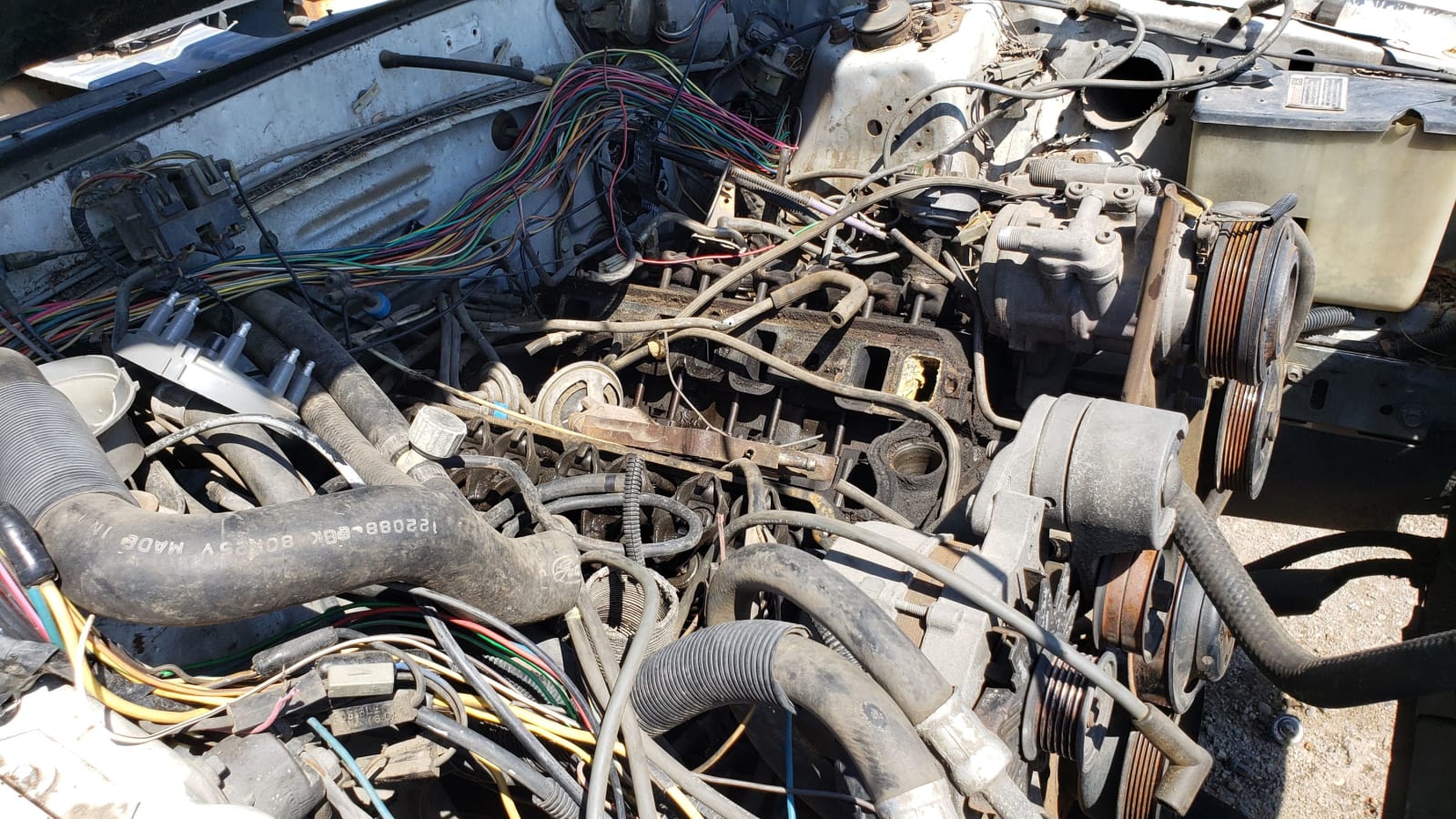 For that price, you got a lightweight (3,043 pounds, or just a bit more than the current Honda Civic) rear-wheel-drive car on a fairly modern suspension, and it had a 5.0-liter Windsor V8 making 210 horsepower. The Malaise Era had just ended a couple of years earlier, and these cars were affordable factory hot rods of the sort that hadn't been seen in American showrooms for well over a decade. 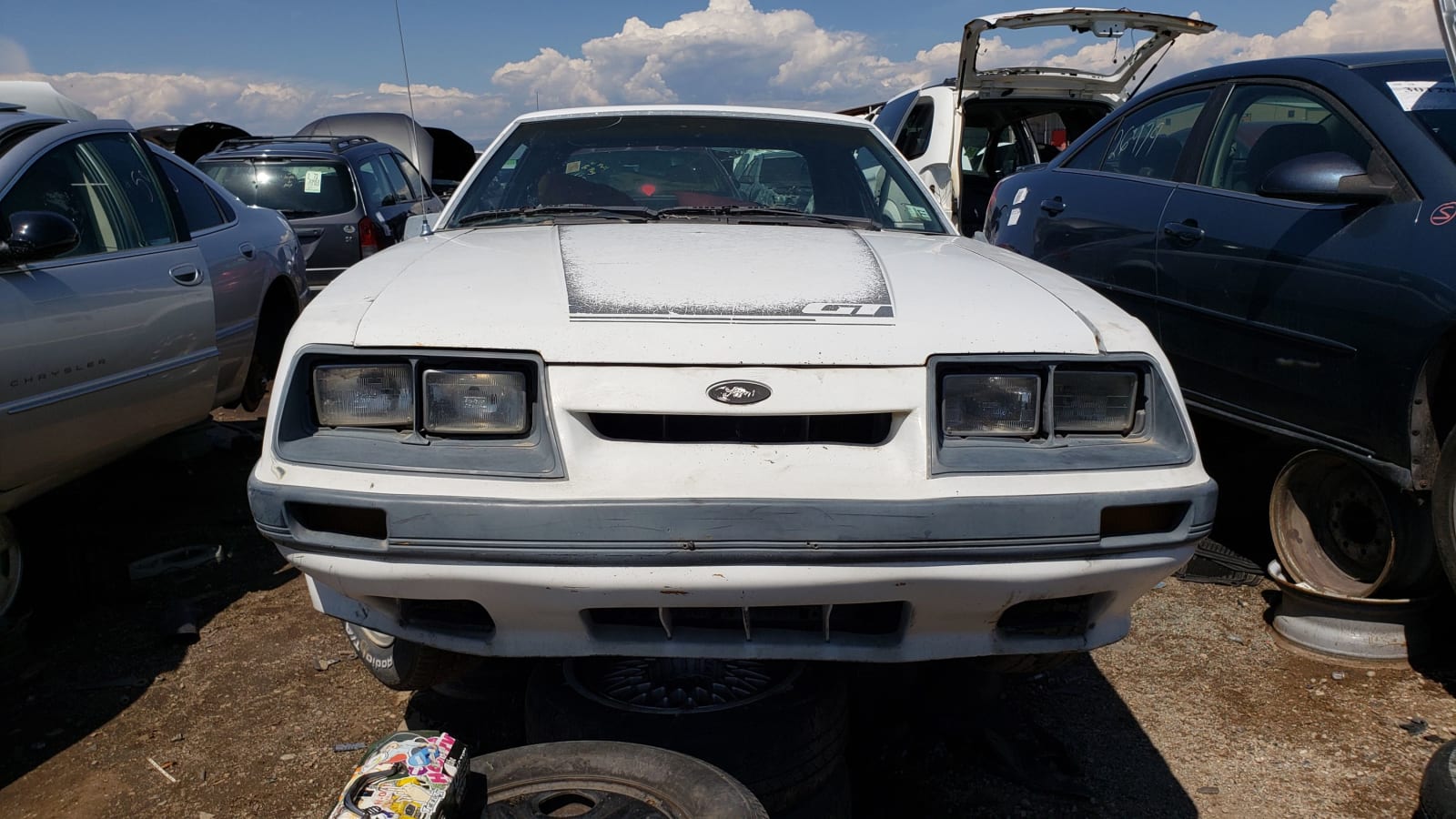 I was a college freshman in Southern California in 1985, and my daily driver at the time was a 17-year-old sporty Ford product with a more powerful Windsor V8 … that had no hope in hell of keeping up with a new Mustang GT in a drag race. In fact, a CHP officer driving a Fox Mustang issued me a speeding ticket on middle-of-nowhere Interstate 5 that year, when California highways still suffered under the cruel yoke of the 55 mph speed limit. 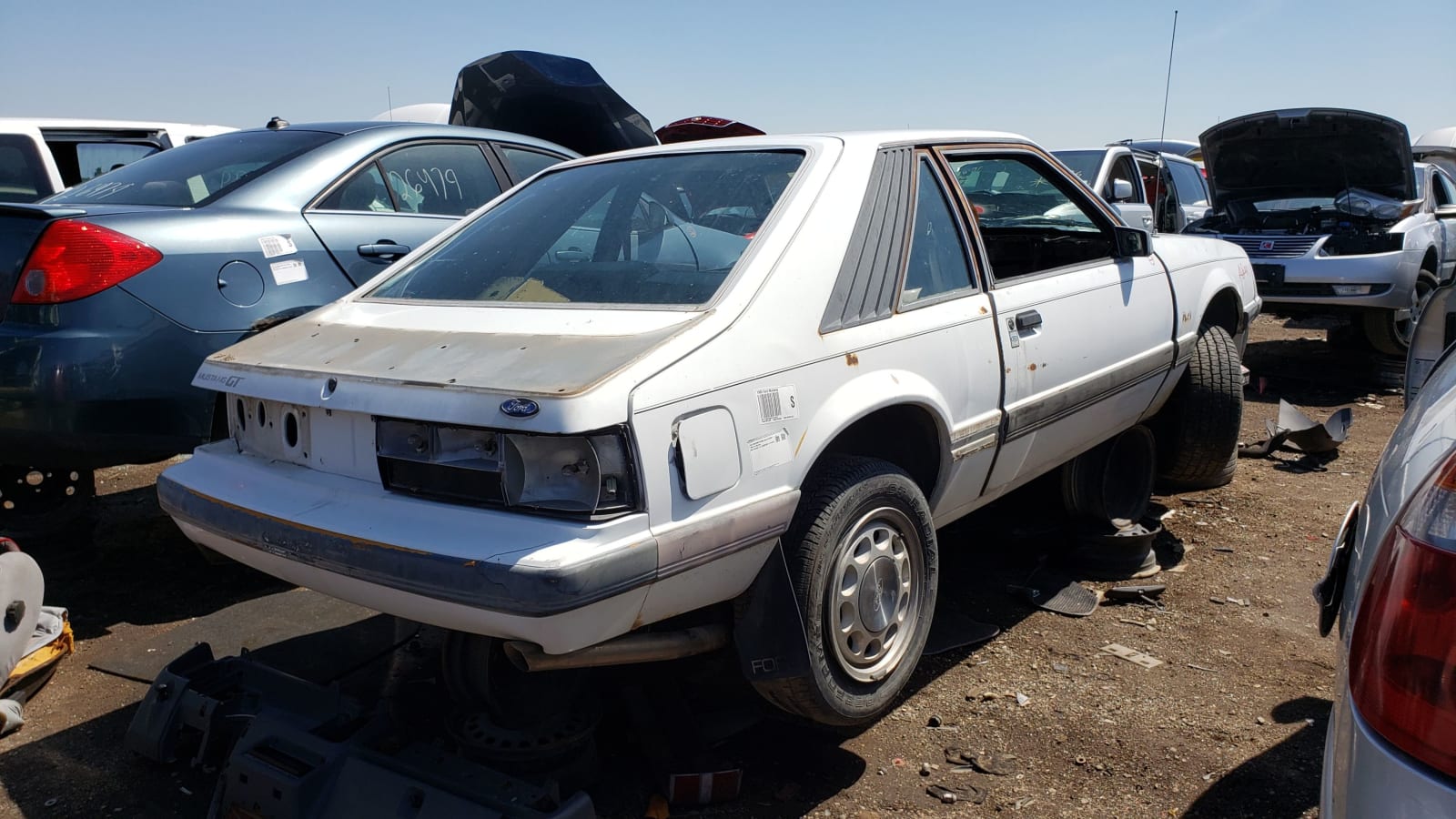 The GT wasn't the most expensive Mustang that year, nor was it the quickest. Those honors went to the Mustang SVO, which cost $14,521 ($35,575 today) and came with a turbocharged Pinto engine making 205 horsepower. The 1985 Mustang GT was a screaming deal for its time, though, and it sold like mad. 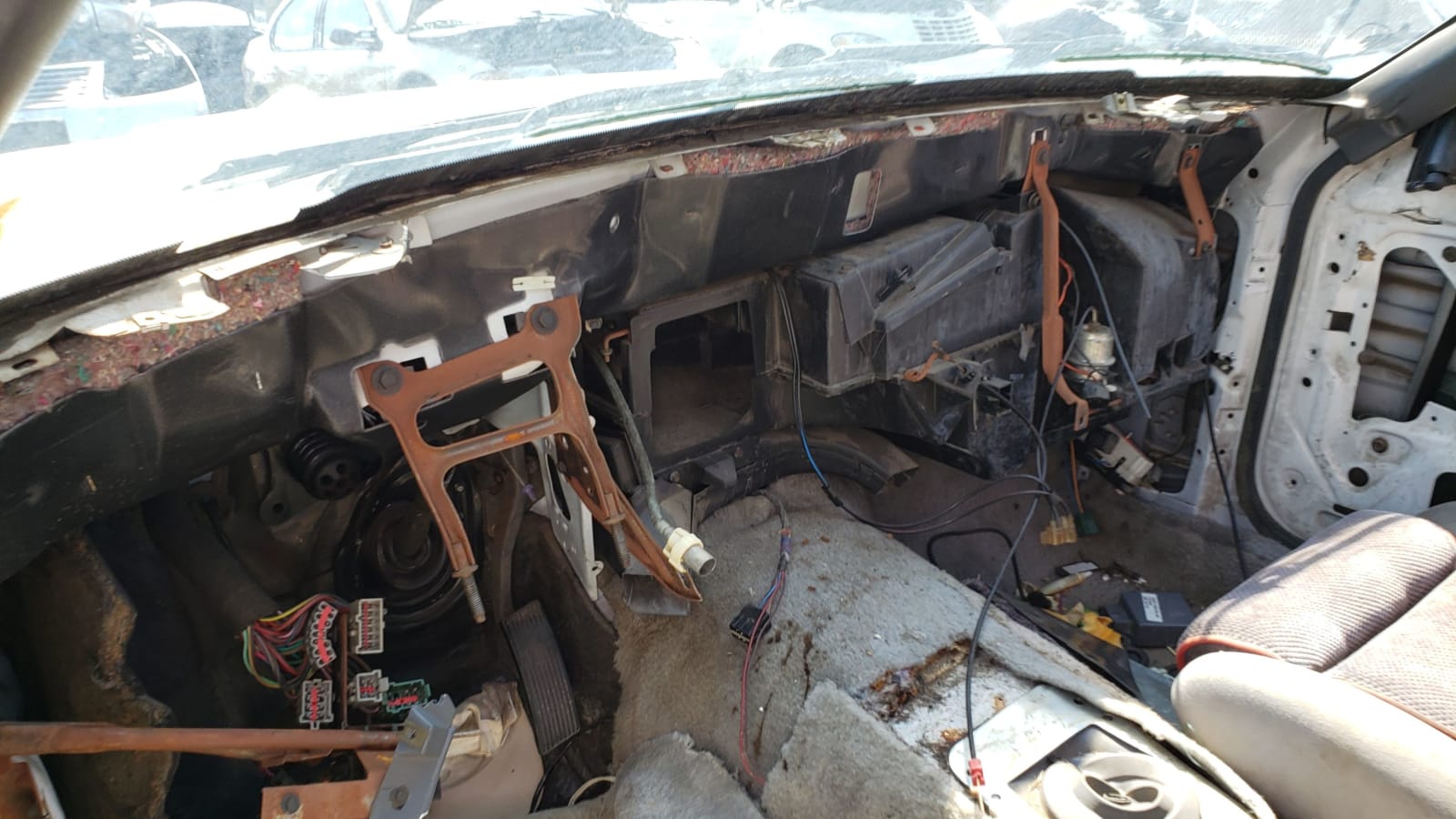 This one has had all the nice interior and dash components torn out, because the hunger for Fox Mustang stuff is powerful among junkyard shoppers. 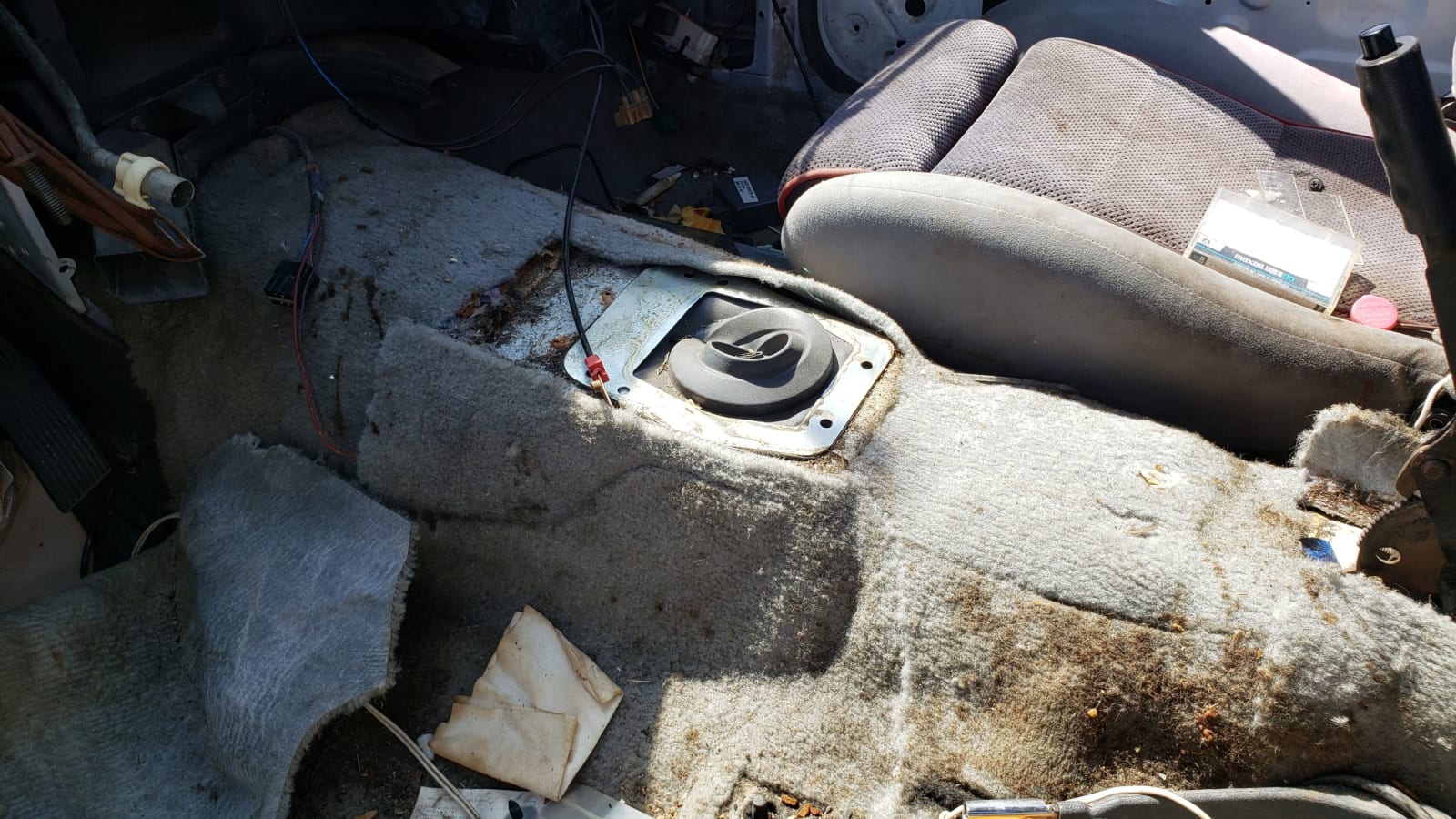 Someone bought the transmission and shifter, but you can tell it was once a 5-speed manual. A four-on-the-floor manual could be had in the cheapo LX version, but all the GTs came with either the five-speed or the optional ($551, or $1,425 today) three-speed automatic. 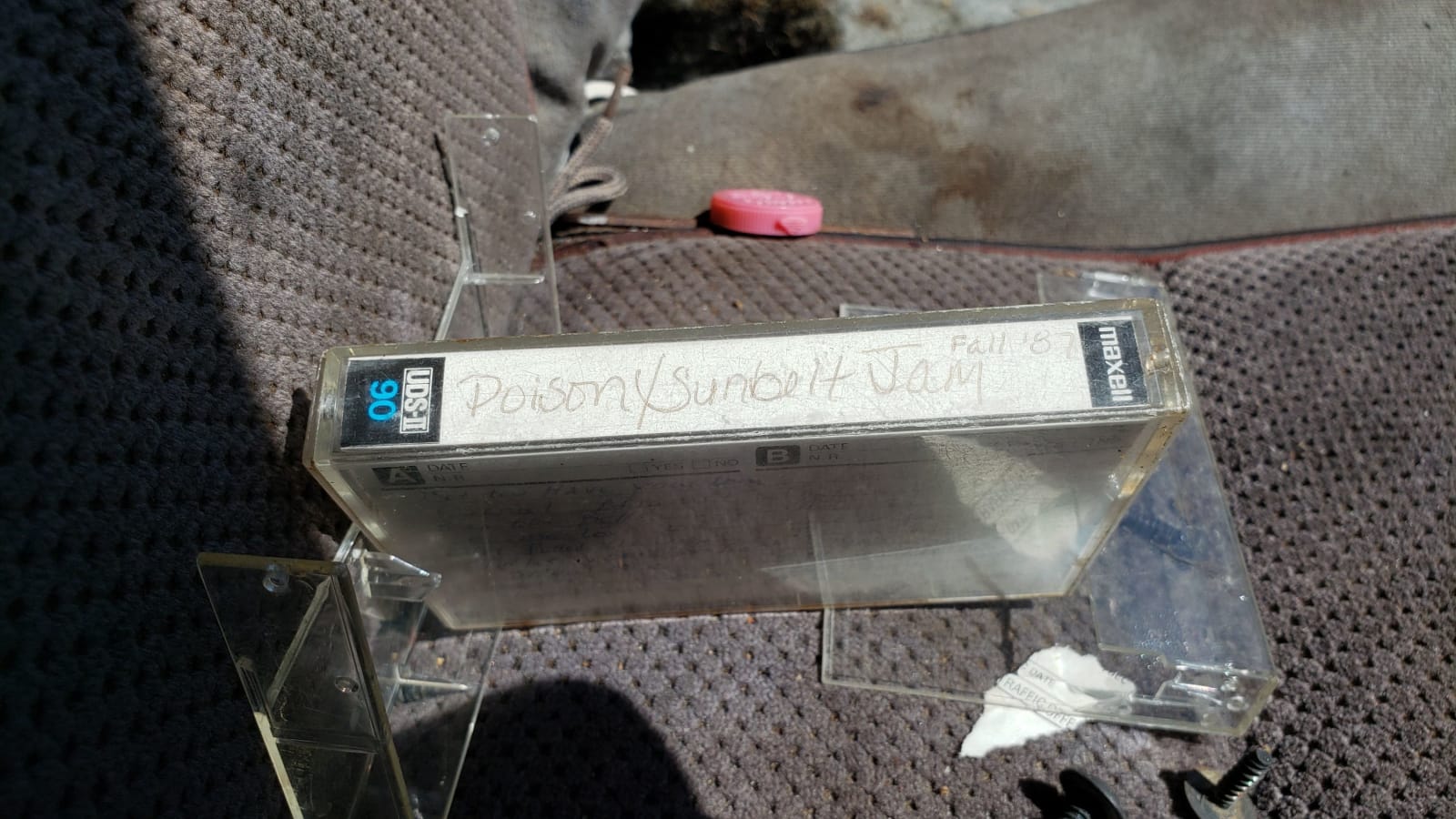 Left behind in the gutted interior is a nice time capsule from the middle 1980s: a cassette-tape shell from someone's homemade mixtape. 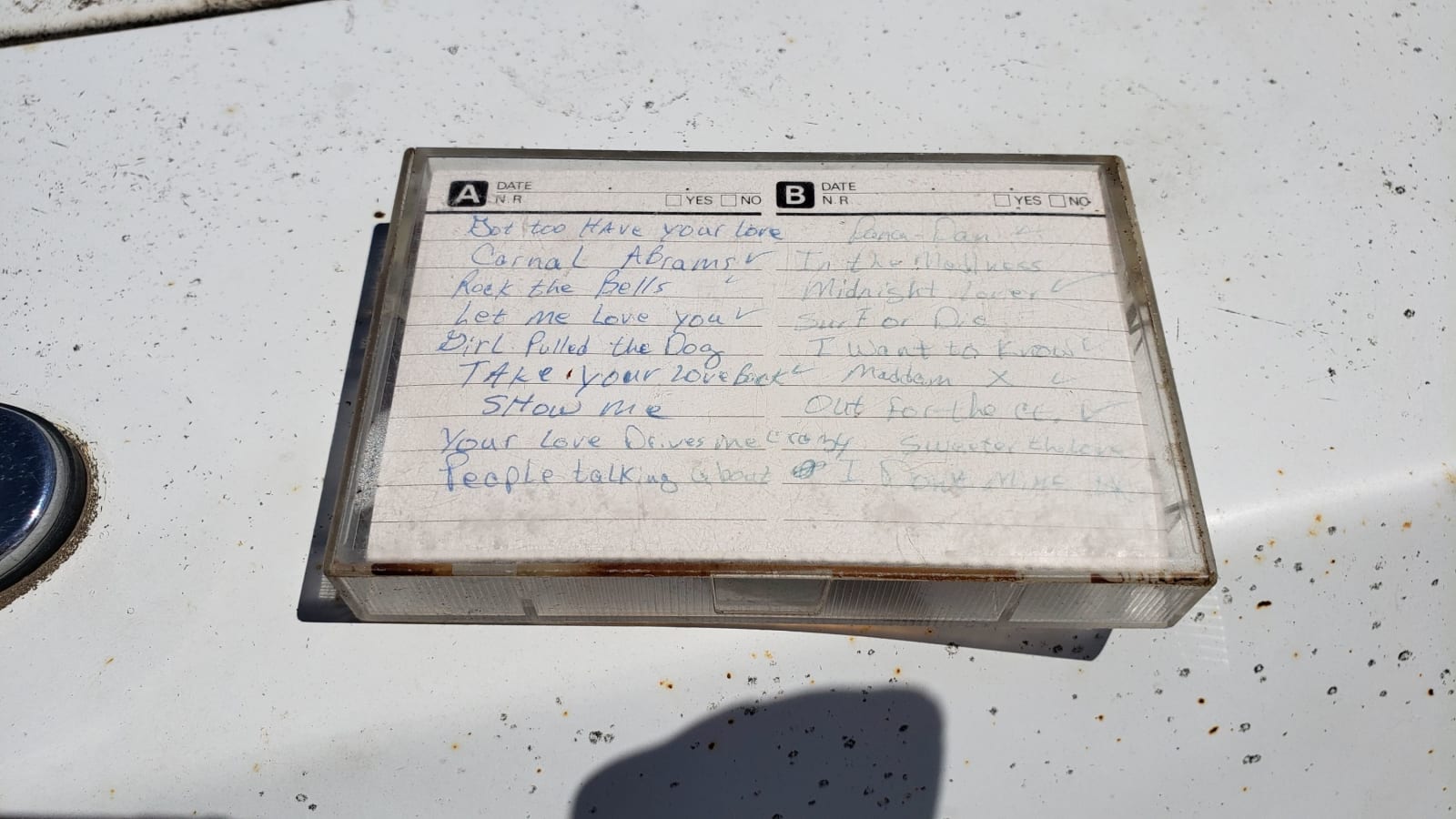 The title seems to suggest that it's a Poison concert tape from 1987, but the track list shows mostly poppy R&B and hip-hop stuff from 1987. When was the last time you heard any Force MDs, Surf MCs or General Kane? Unfortunately, the cassette itself was long gone. 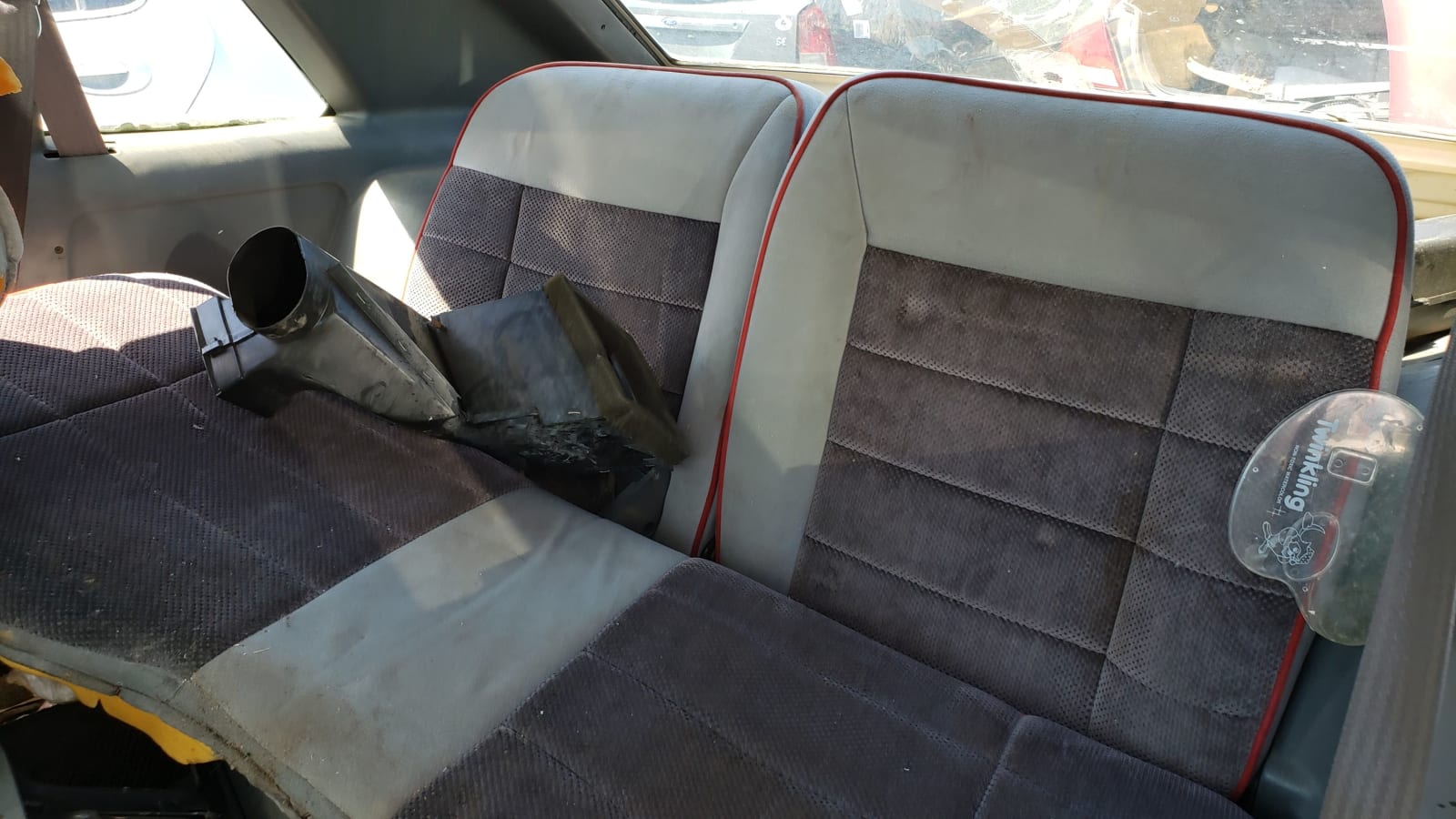 It's a bit surprising that a solid and unrusted Mustang GT could meet a fate like this, but you never know what you'll find in the junkyard.

When you're in a Mustang State of Mind™, break-dancers on skateboards follow you everywhere.

When it's a Mustang Kind of Day™, you have Mustang Attitude™.