I've been finding quite a few interesting Saabs in Colorado car graveyards lately, including a 96 and a 99 (sadly, a discarded example of a Saab 92 has eluded me — at least in the United States — so far), and now it's the turn of the factory-hot-rod Saab that gave car shoppers more horsepower per dollar than anything they could buy from Germany at the time: the 900 Turbo. I found this car a few weeks back in a yard just south of Denver. 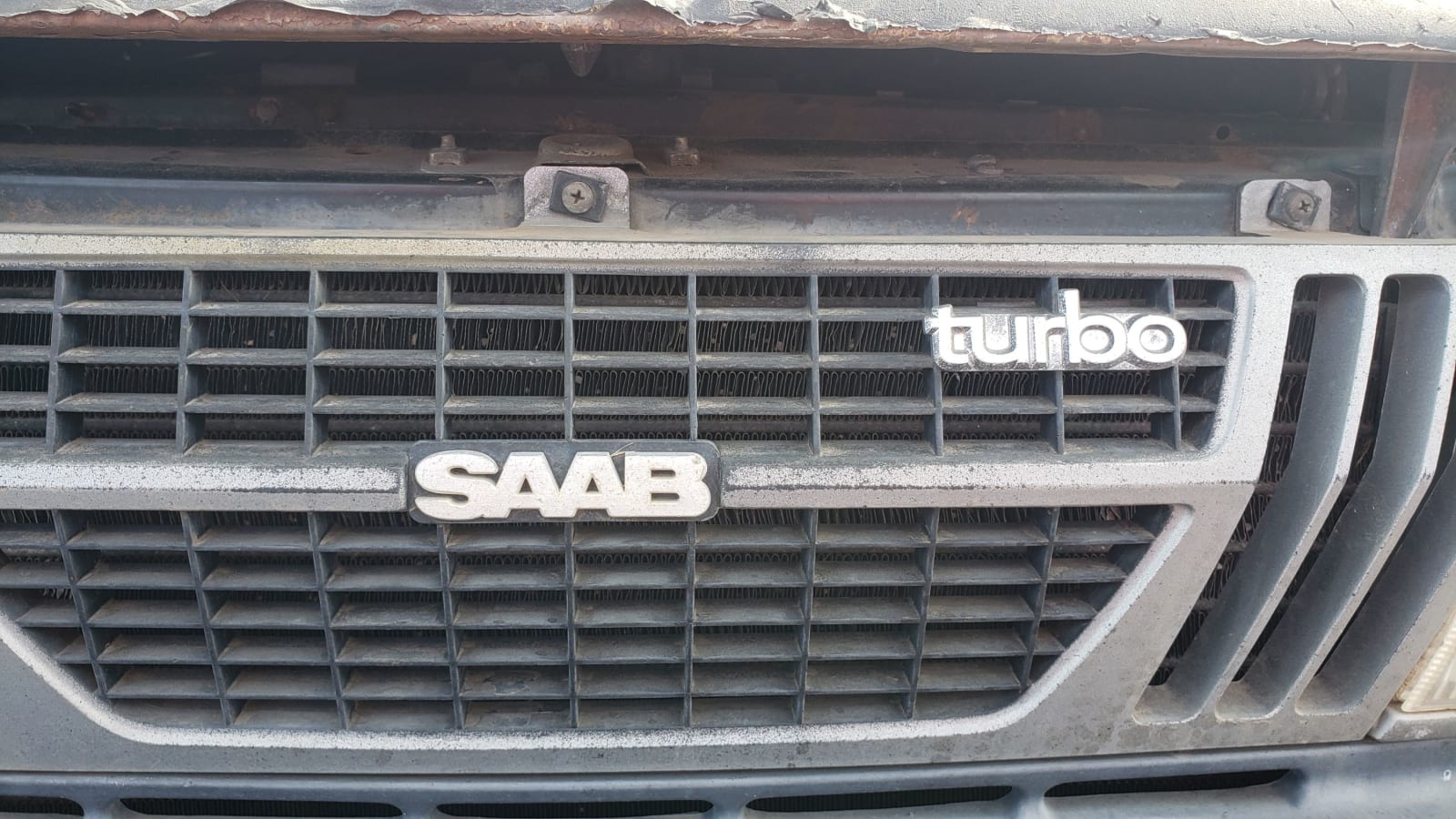 Saab sold the original version of the 900 in the United States for the 1979 through 1993 model years (after that, the 900 name went on a car based on the Opel Vectra and closely related to the Saturn L-Series), and the early 900s looked very much like their 99 ancestors. Saab was an early adopter of turbocharging, and so the 900 Turbo was available here for the entire 1979-1993 sales run. 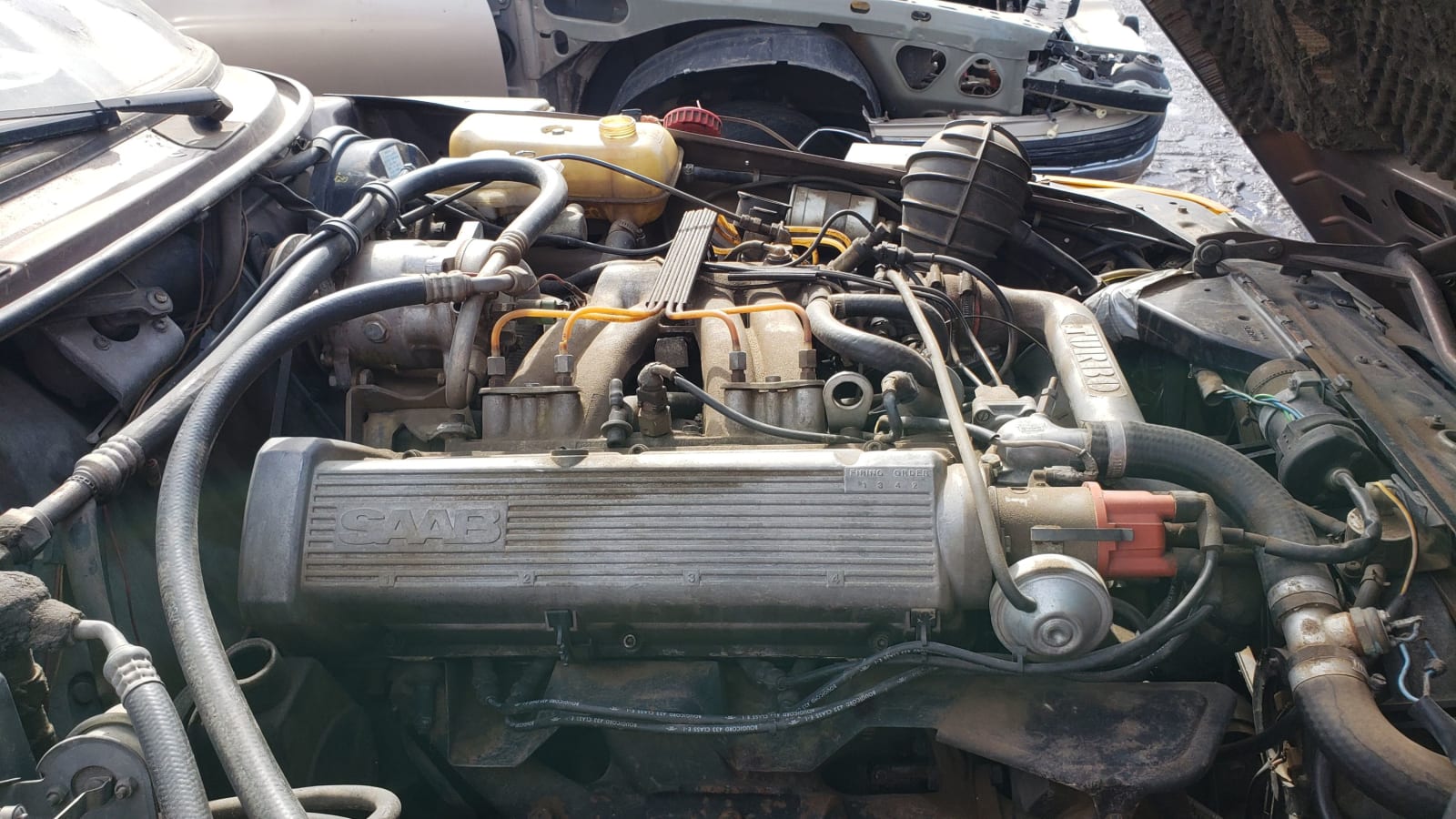 This engine, a 2-liter slant-four derived from a 1960s Triumph design (and first cousin to the engine used in the Triumph TR7), was rated at 135 horsepower in 1983. That was big power for a small car in the Late Malaise Era, and it gave the 1983 Saab 900 Turbo a power-to-weight ratio similar to what you got in the Mitsubishi Starion and Porsche 944 that year. 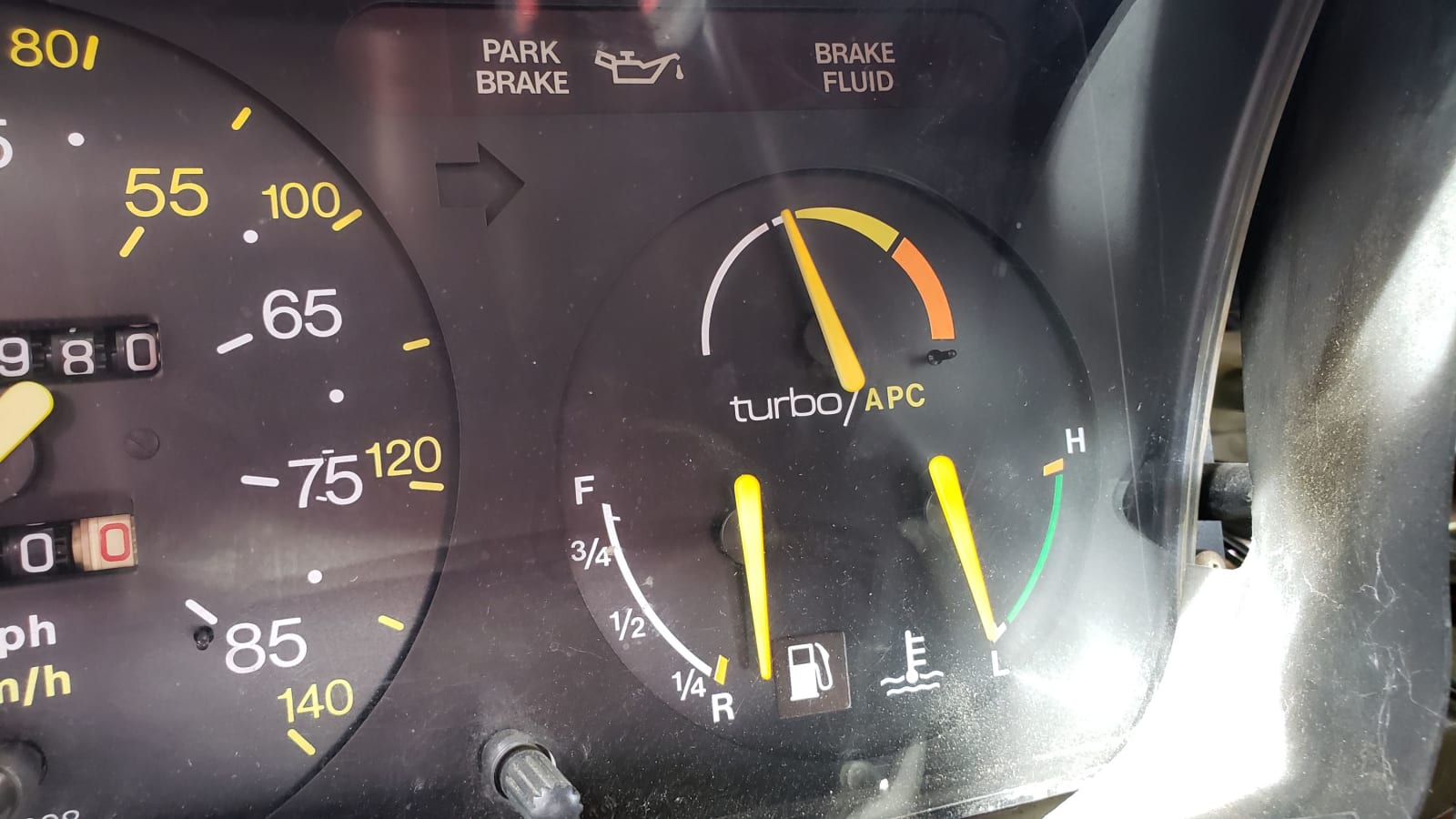 Electronic fuel injection finally made turbocharging work well for everyday driving (though the Maserati Biturbo stuck with blow-throw Weber carburetors all the way through 1986 in the United States), and it wasn't long before TURBO became a magical word.

Yes, by 1984 you had Ozone and Turbo break-dancing while Ice-T makes his film debut. A few years earlier, with the (carbureted) Turbo Trans Am's not-so-stellar reliability on display, Boogaloo Shrimp's character would have been assigned a different name. Though it's possible, based on the fact that at least one 1980s boombox was built from a Saab 900 dash, that Turbo's name was inspired by Saab. 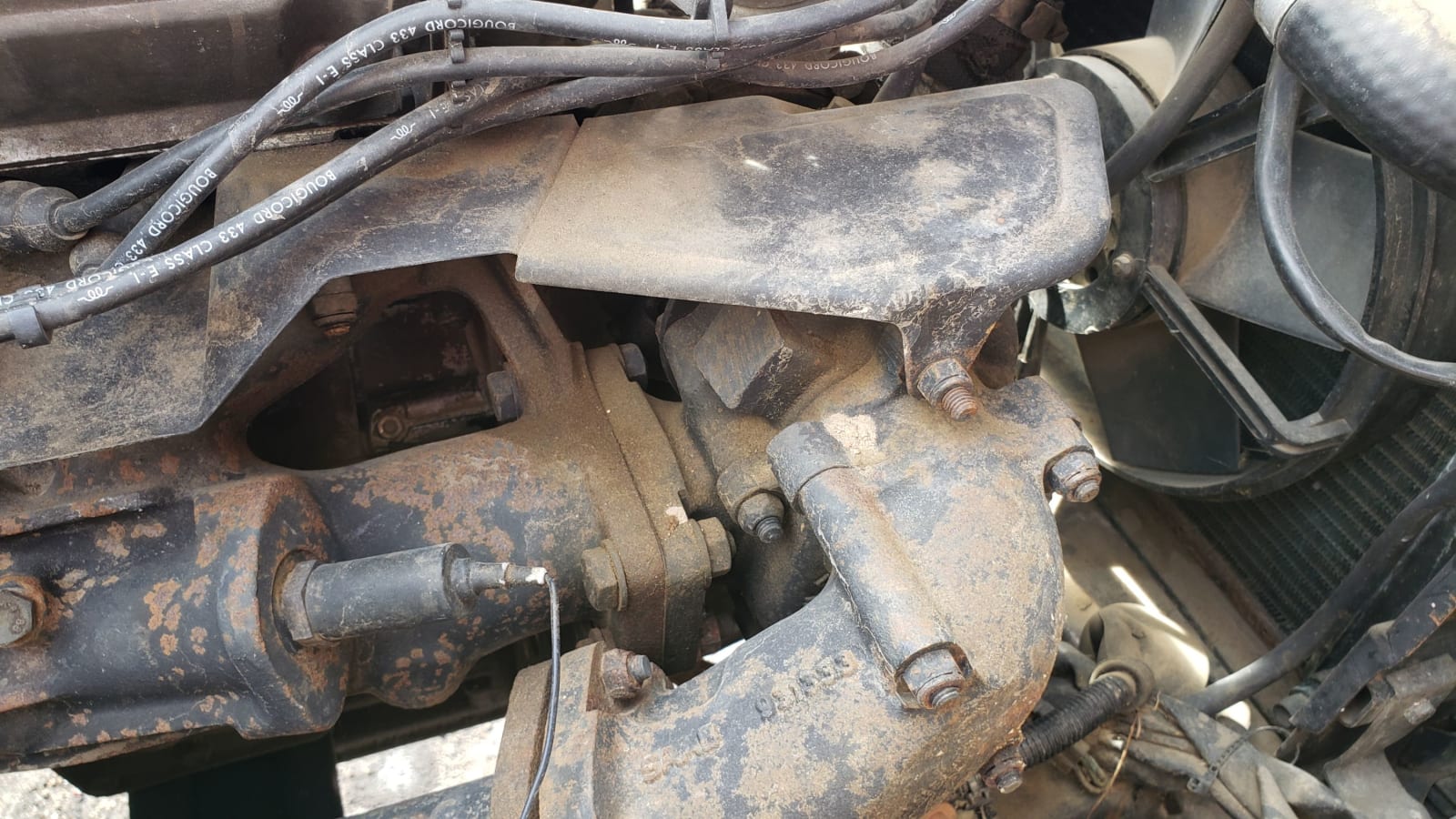 Saab should get credit for doing so much to push turbocharging into the daily-driver mainstream. 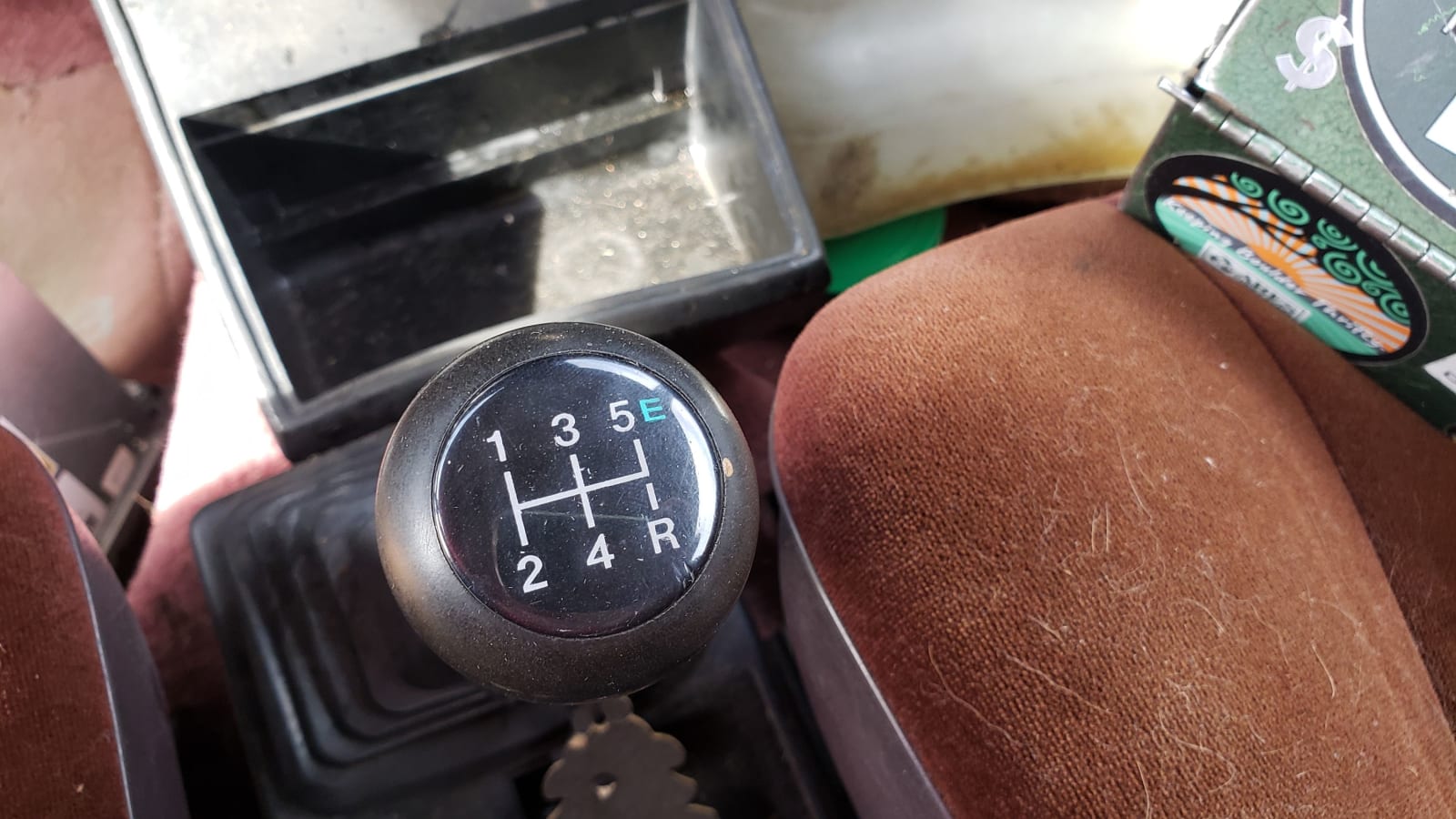 You could get a three-speed Borg-Warner automatic transmission in your new 1983 Saab 900, but it added 370 bucks (about $1,075 in 2022 dollars) to the cost of the car and made it much less fun to drive. This one has the 5-speed manual; I assume the E next to fifth gear stands for "efficiency." 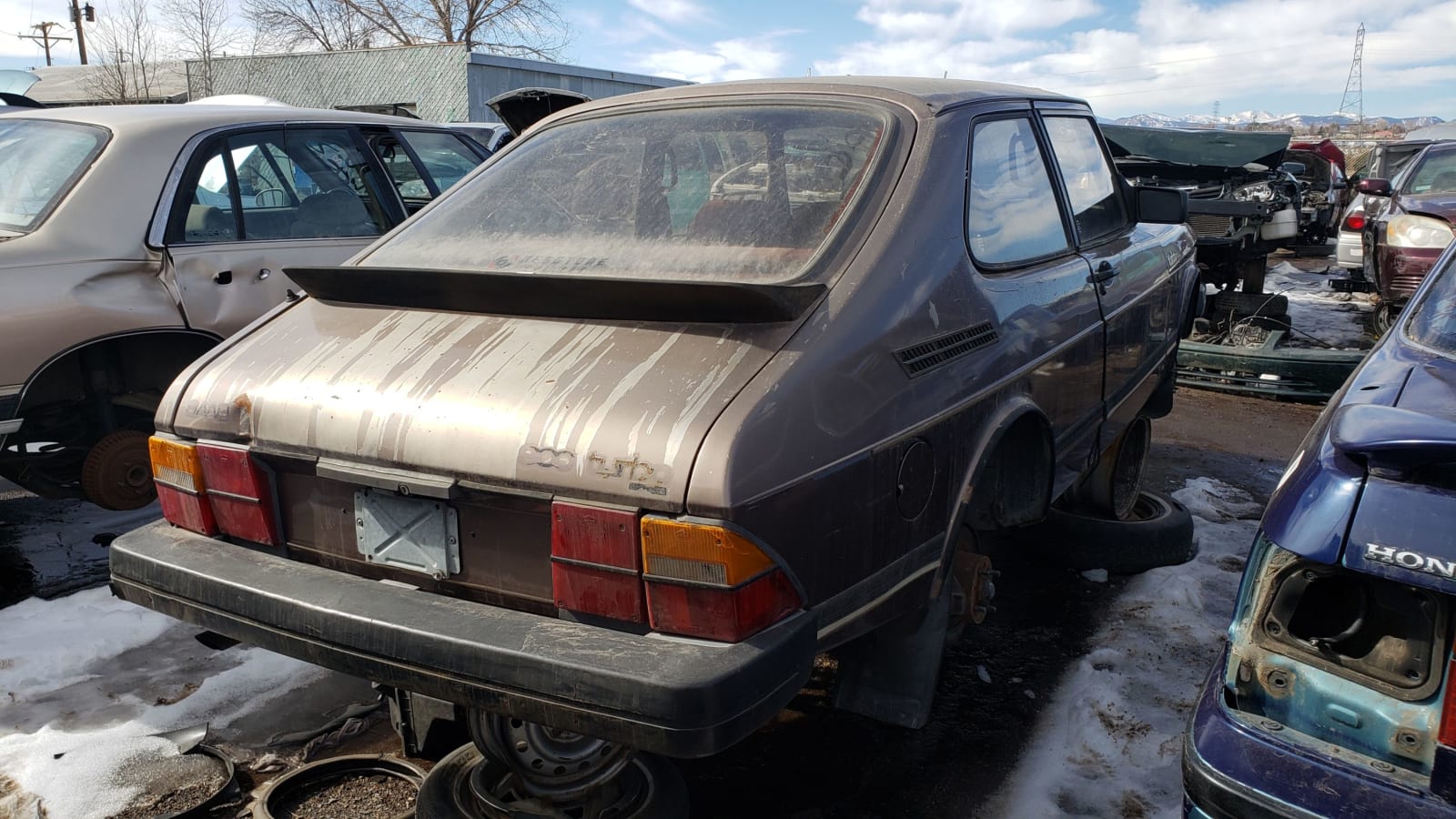 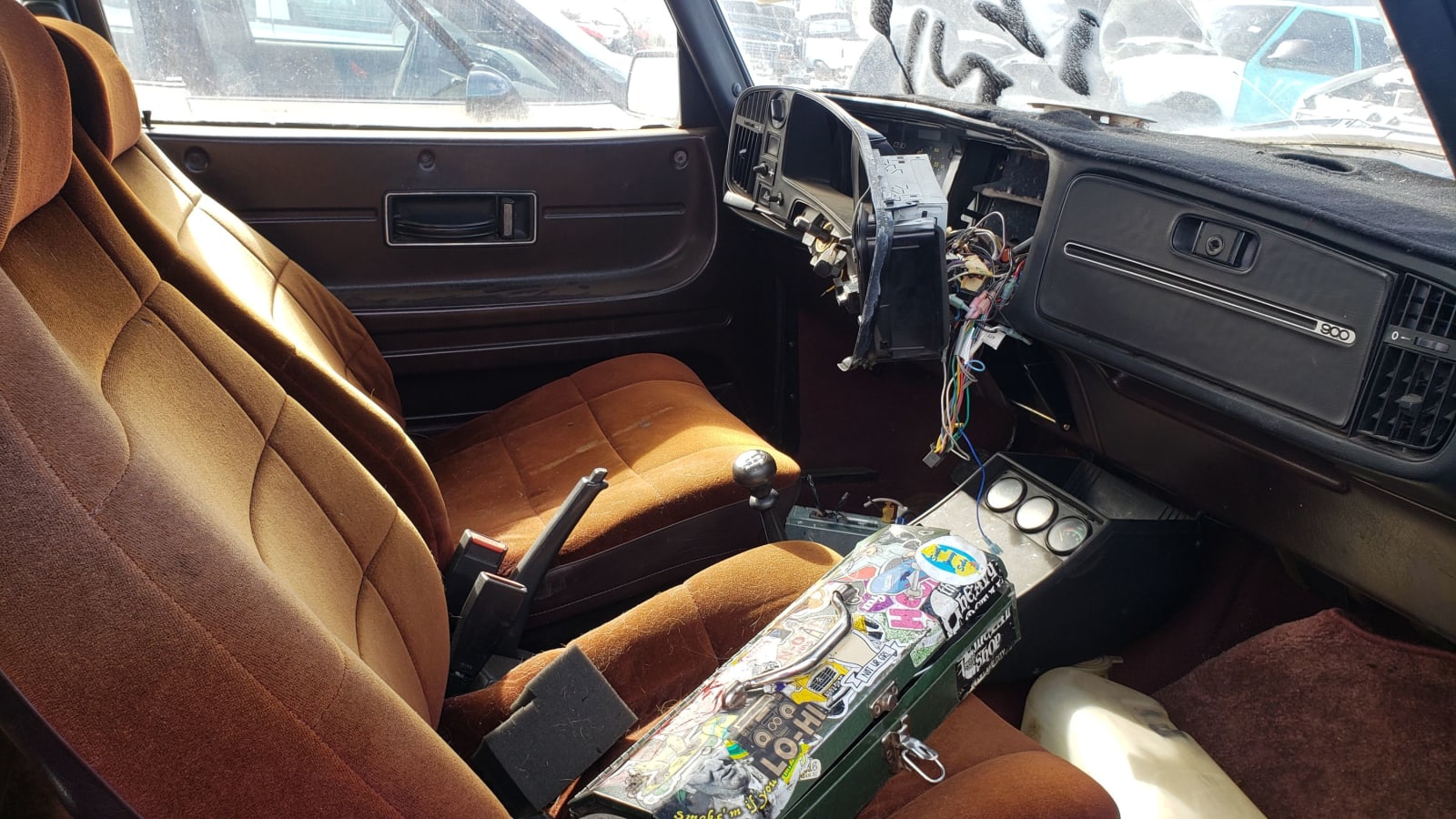 The interior of the Saab wasn't as plush as the one in the 5 Series, but it was nice enough. 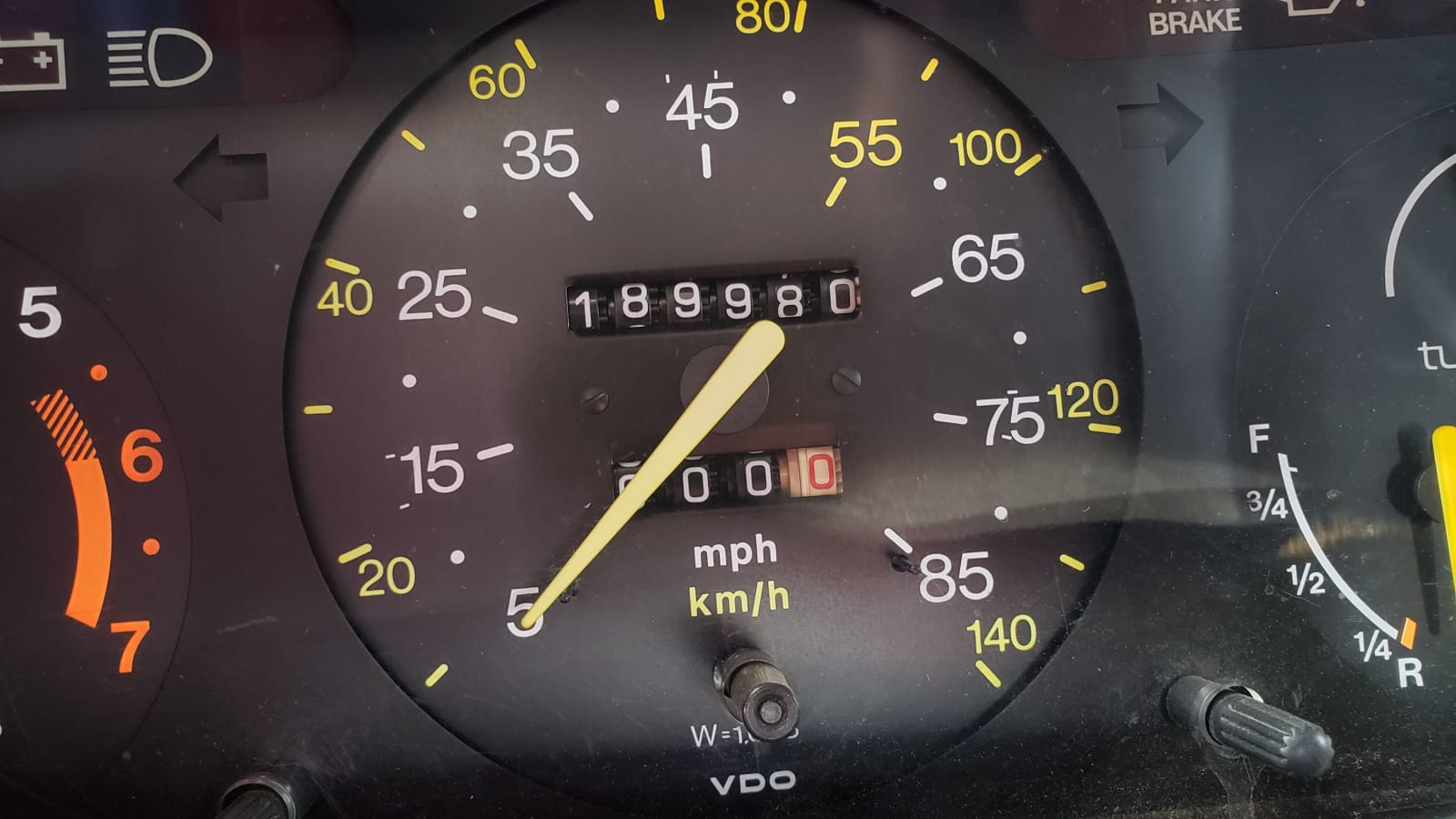 The unrusted, uncrashed body plus the clean interior tell us that this car's owner or owners took good care of it. It covered nearly 190,000 miles in 39 years. Saab 900 coupes and convertibles are hip nowadays, but it was unlikely that anybody would have spent real money to rescue a hatchback sedan from this car's fate. 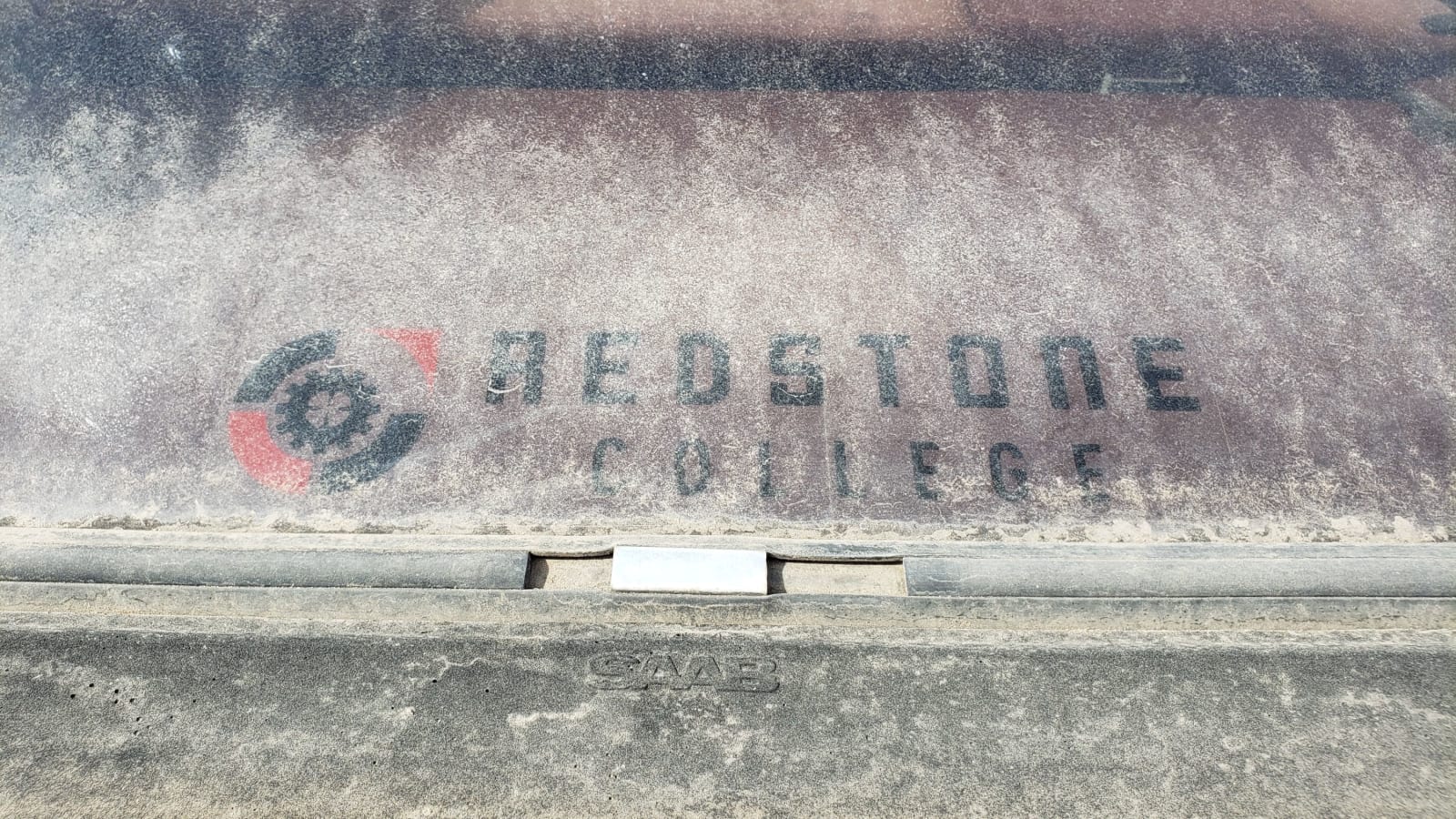 Saab was born from jets, and this car's owner had some affiliation with a jet-engine school here in Colorado. Makes sense!

The Saab Viggen jet was about the coolest-looking airplane around in the middle 1980s, and Saab used it to help sell many 900 Turbos.