Ford, GM, and Chrysler each did well during the 1970s and early 1980s by importing Japanese-built small pickups from Mazda, Isuzu and Mitsubishi (respectively), while Volkswagen of America managed to sell more Rabbit Pickups here than anyone expected. The front-wheel-drive layout of the Rabbit Pickup (you European types knew this vehicle as the Mk. I Caddy) didn't seem to hurt sales much, and so Chrysler put a pickup bed on the Simca-derived Dodge Omni platform to create the Dodge Rampage for the 1982-1984 model years. A Plymouth version, the Scamp, followed for 1983 alone, and that's what we've got for today's super-rare Junkyard Gem. 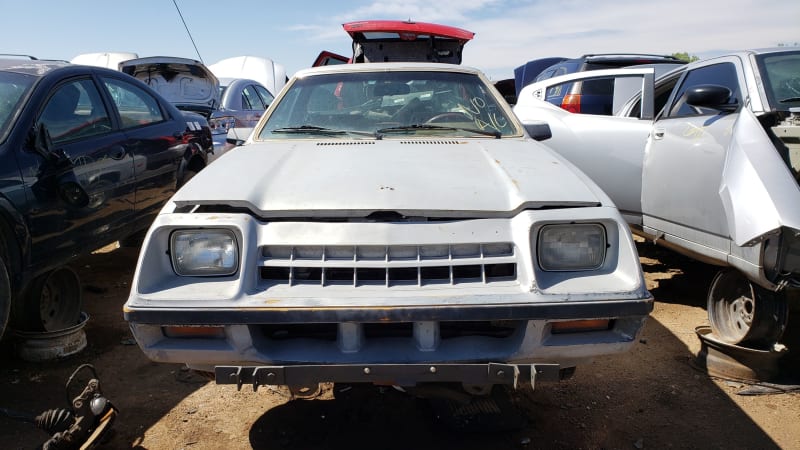 The Plymouth Division had used the Scamp name on Valiant two-door hardtops from 1971 through 1976, and it must have seemed like a good name to use on the replacement for the discontinued-in-1982 Plymouth Arrow pickup. The Scamp got the front end of the Turismo, itself a sporty Horizon, and the rest of the vehicle was just about identical to its Rampage sibling. 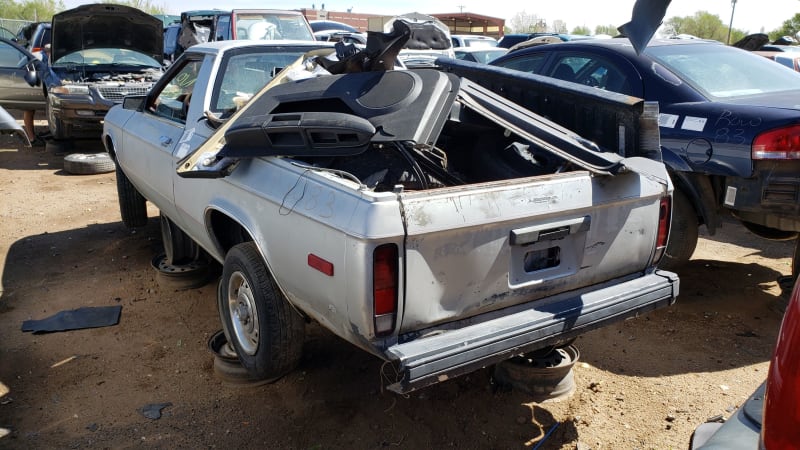 Rampage sales didn't amount to much, and the Scamp fared even worse in the showrooms. Total sales of the 1983 Scamp came to a mere 3,564. That makes this an extremely rare Junkyard Gem, though not quite as hard to find as a genuine Final 500 Oldsmobile. I've found a couple of discarded Rampages in the past, this regular '83 and this '83 Prospector, but this is the first Scamp. 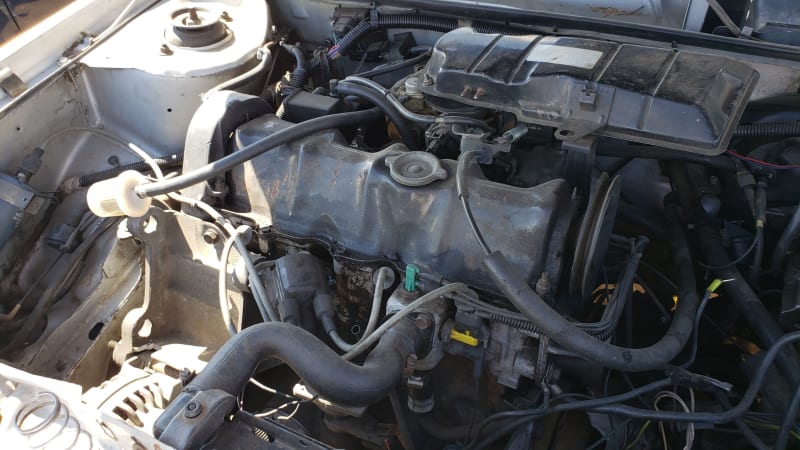 Rampages and Scamps got Chrysler's 2.2-liter four-cylinder, equipped with a carburetor and rated at 84 horsepower. Yes, 84 horsepower! Modern trucks have spoiled us. 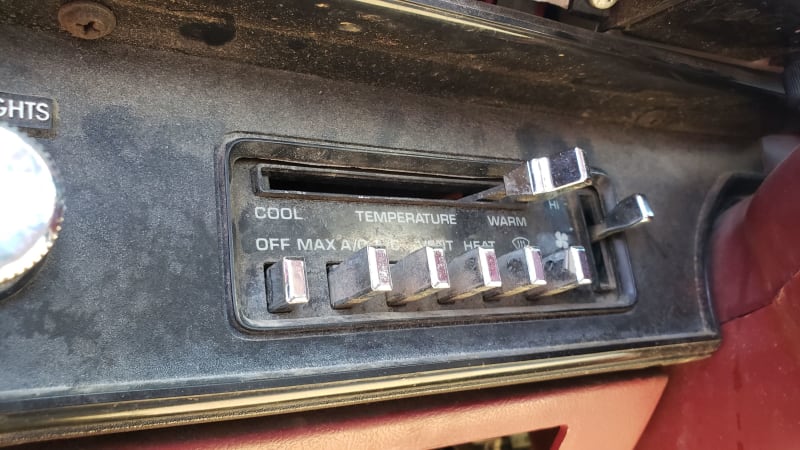 Not that this Scamp lacked all luxury features. The original buyer paid extra for air conditioning, a real rarity among members of the Omni-rizon family. 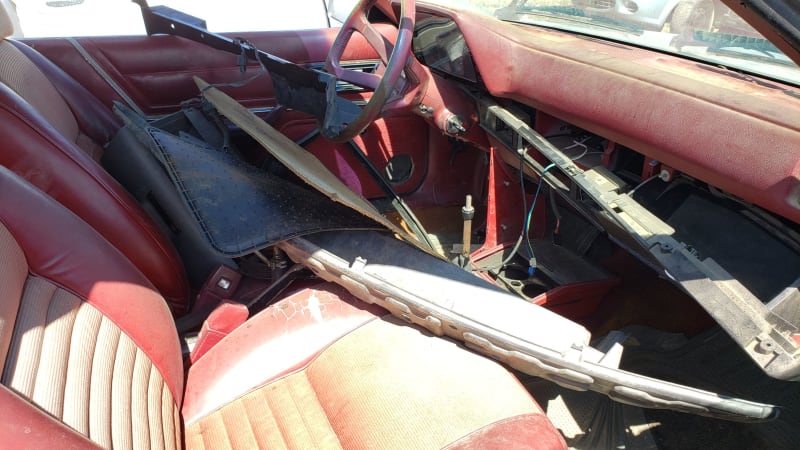 Most Rampage/Scamp buyers selected the four- or five-speed manual transmission, though a three-speed automatic was available. This one has a manual. 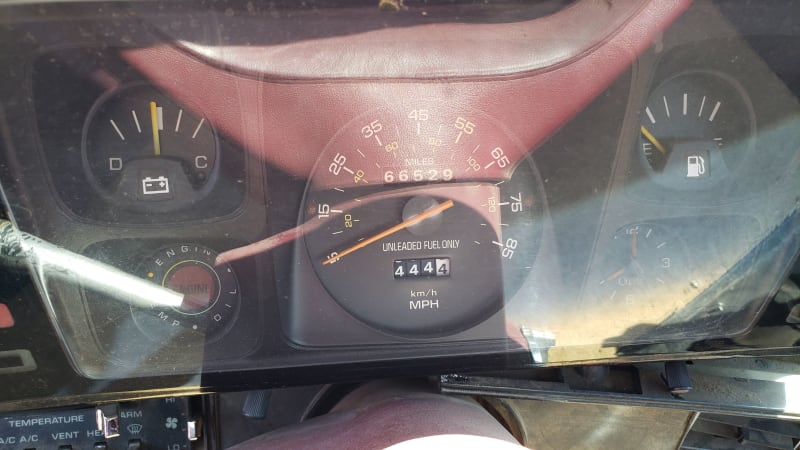 I've tried to spread the word in the Rampage/Scamp community about this one, and another in a Denver yard, so that some of the super-rare bits might be rescued before they get crushed. 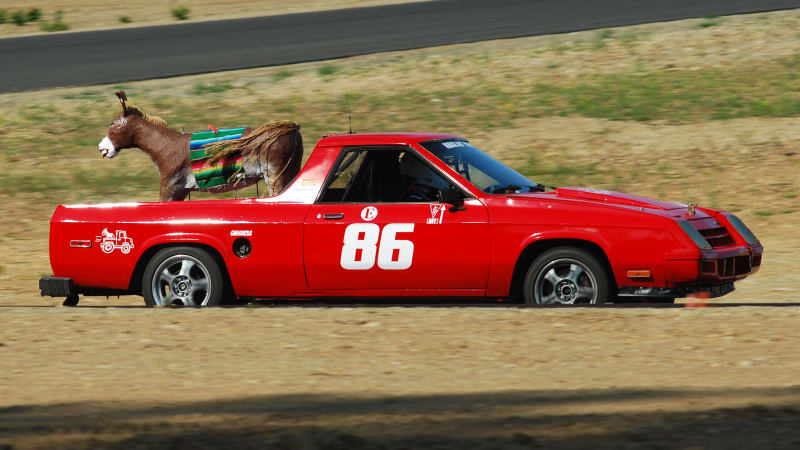 That's two of 3,564 Scamps accounted for, though they're not long for this world. Another races in the 24 Hours of Lemons series and has acquitted itself pretty well on road courses in California and Washington. The team name is Haulin' Ass, get it?

The Rampage squeezes in among the big Rams in this 1983 TV commercial.