Thanks to a certain unwelcome virus, the Toyota Corona's image has taken a bit of a beating over the past year or so. My very first car was a 1969 Corona sedan that cost 50 bucks, and I now own a chopped, customized 1969 Corona coupe that Boyd Coddington proclaimed as the "Coolest Car in L.A." a quarter-century back. For these reasons, I document every single Corona I find in car graveyards, and here's the latest: a well-worn 1979 Corona station wagon in a Denver-area yard. 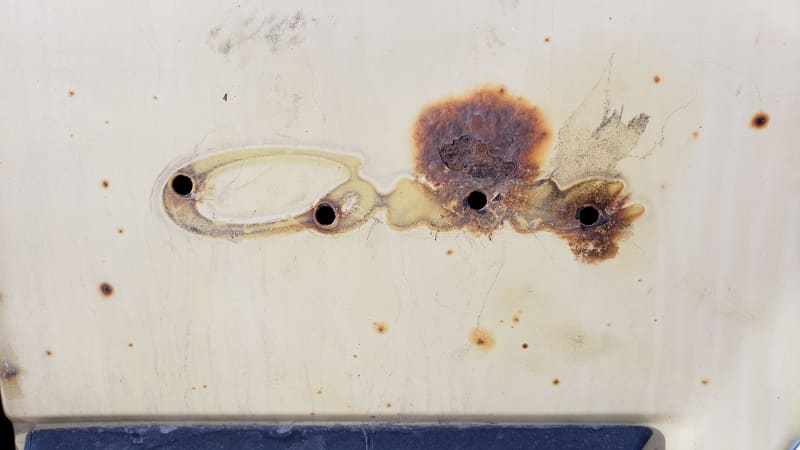 Corona sales began here in the 1966 model year and continued through 1982. After that, the rear-wheel-drive Corona was replaced in North America by the front-wheel-drive Camry (though Japanese-market Corona sales made it into our current century). Sales of the Corona here fell off sharply after the early 1970s, though, especially once the more luxurious (and Corona-related) Cressida reached our shores, and the 1975-1982 models are tough to find here today. 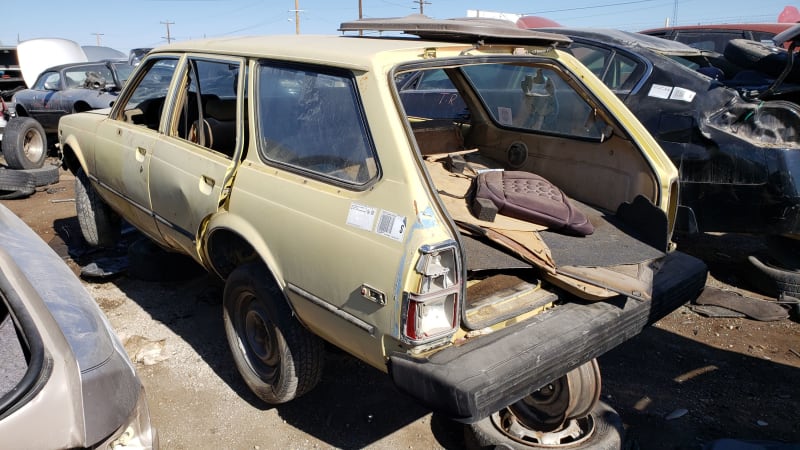 This generation of Corona wagon competed with the likes of the Datsun 810 (which evolved into the Maxima) and some of the smaller Detroit wagons. 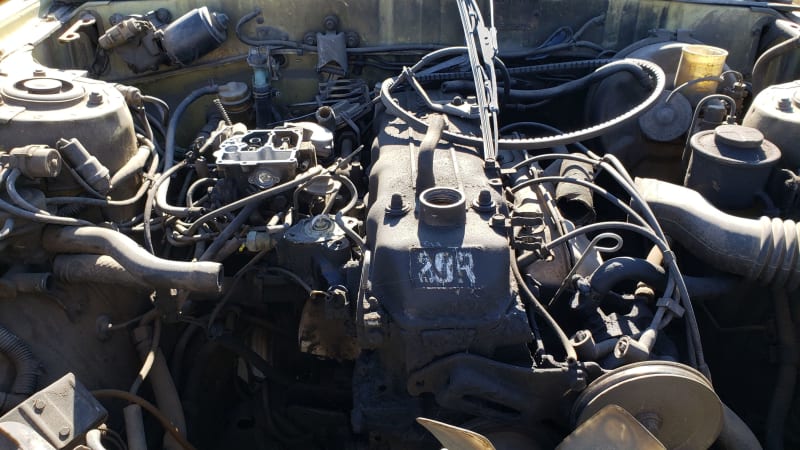 With the nearly indestructible 20R engine (the same one used by 1970s Hilux pickups in war zones around the world) under the hood, the T130 Corona held together very well. It wasn't quick, but the long-stroke 20R gave it decent off-the-line torque. 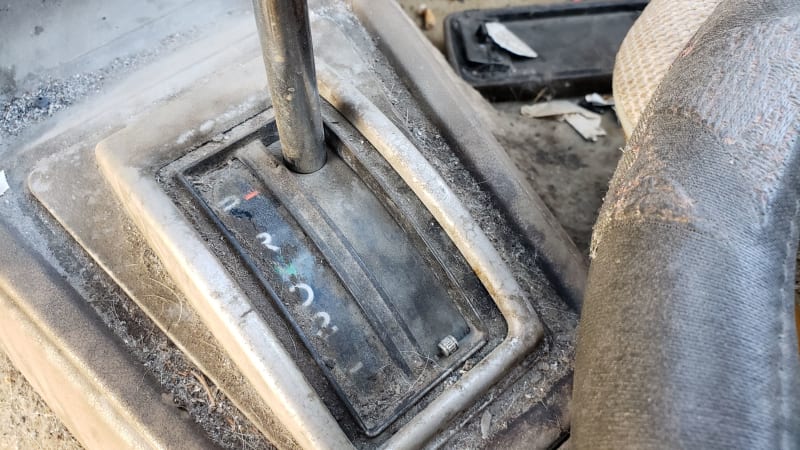 This car even has the luxurious automatic transmission option, which you won't find in many US-market Coronas. 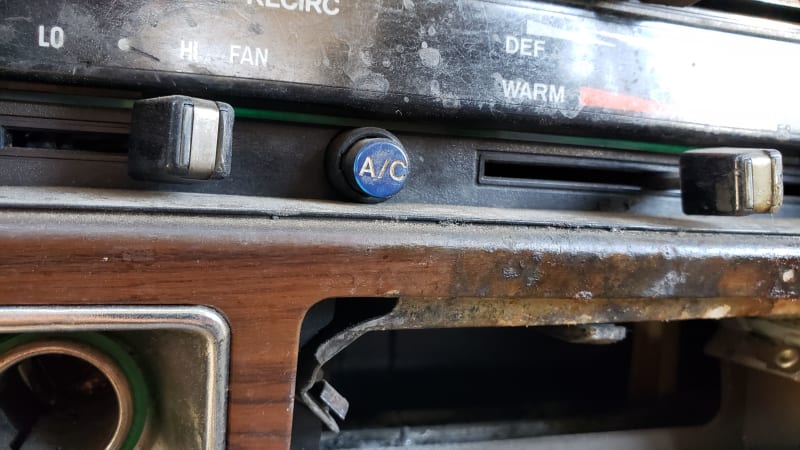 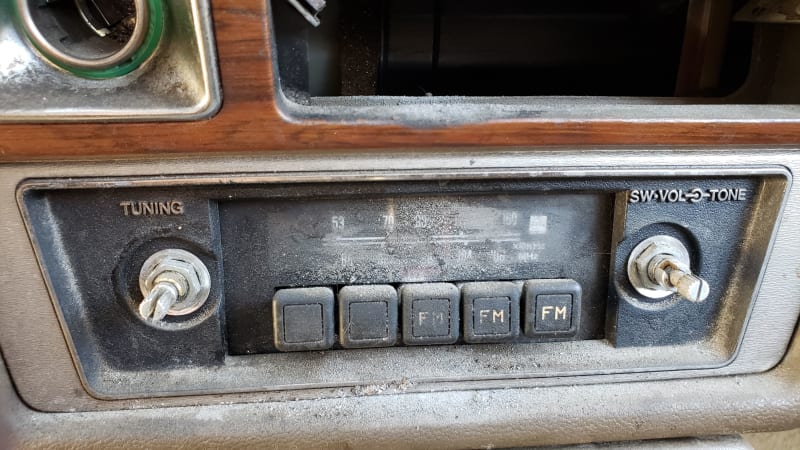 Anyone getting a new '79 Corona with both A/C and the slushbox wasn't going to skimp on the sound system, and so this car has the costly factory AM/FM radio in the dash. Just the thing for getting into a New York Groove on your commute! 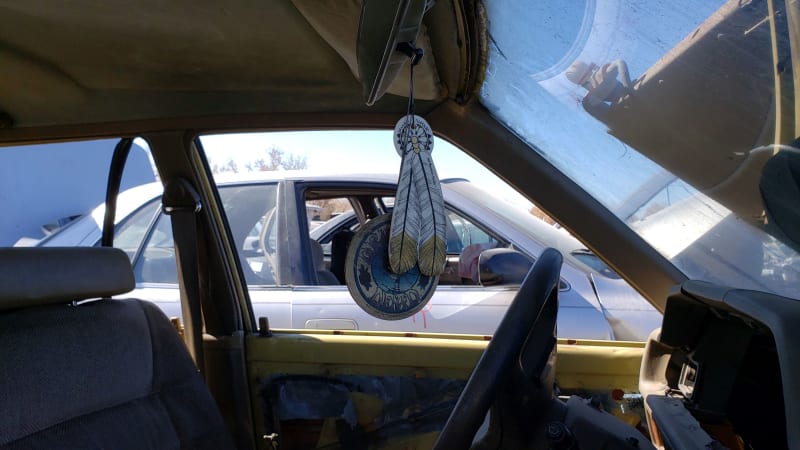 It's very rough and doesn't smell so good, and there's no way to know how many miles were on the odometer when it reached the end of its long highway. I'm going to speculate that it might have rivaled some of the highest-mileage discarded Toyotas I've encountered.