For two decades, a legendary Chicago-based manufacturer of farm equipment built the simple, rugged Scout in Fort Wayne, Indiana. Coloradans dearly loved the Scout in the days before all-wheel-drive cars and leather-lined SUVs, and to this day I still see plenty of rusty, battered Scouts in the car graveyards of northeastern Colorado. Here's a '73 Scout II that served its owners well for nearly half a century before wearing out and retiring to this yard in Denver. 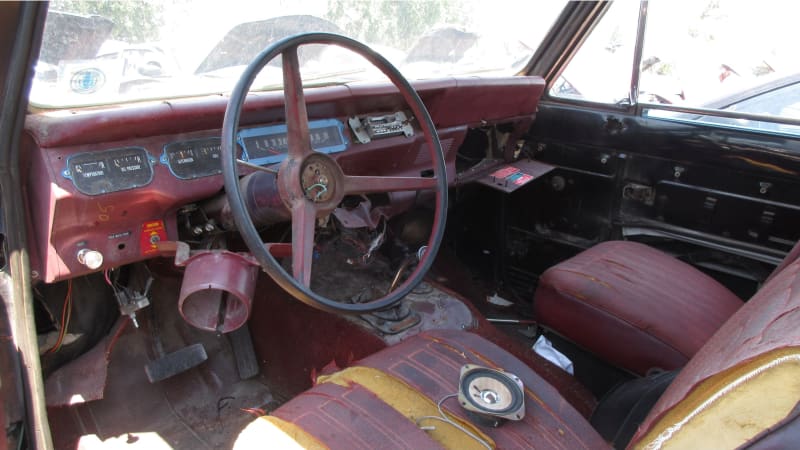 Despite attempts by IHC to pitch the Scout as a comfortable commuter vehicle, these trucks were uncivilized even by the lenient standards of the 1960s and 1970s. So what? You could go anywhere with a Scout and it wouldn't break. 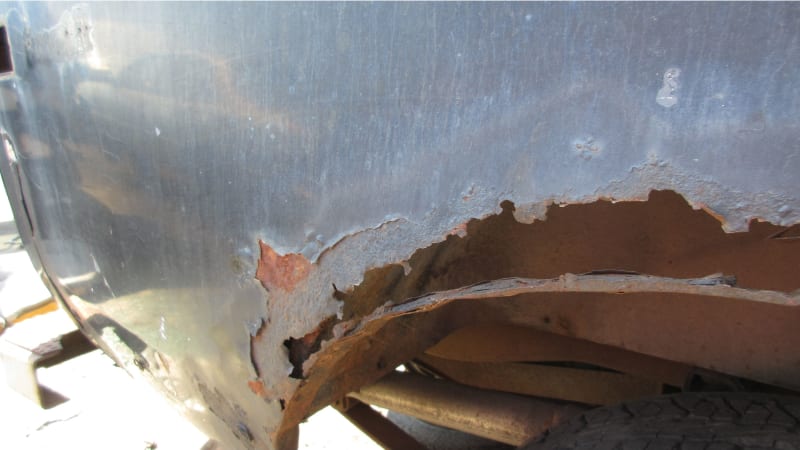 When a Scout dies, it's almost always due to the Rust Monster. This one is no exception. 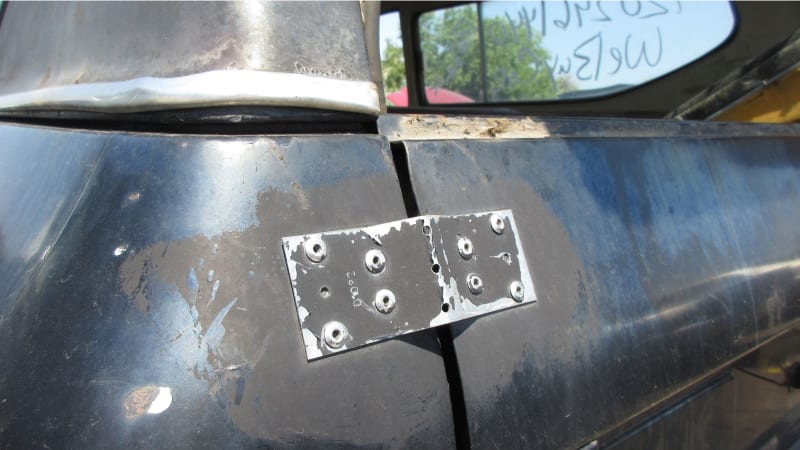 When the tailgate latches corrode to the danger point, a Scout owner can apply some field expedient engineering to stay mobile. 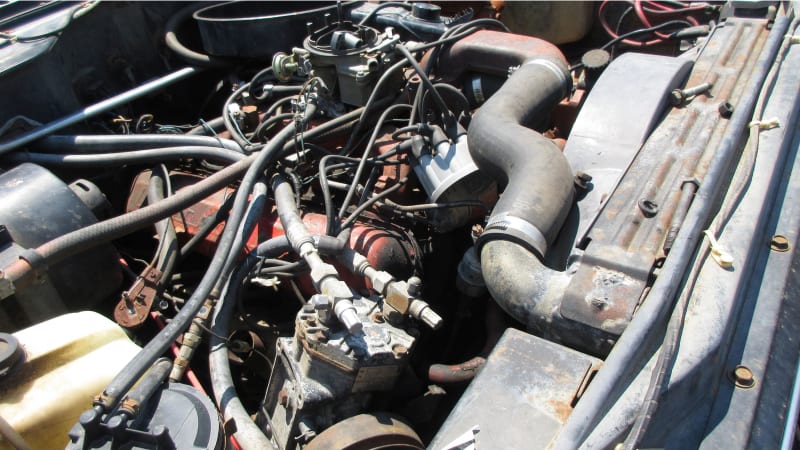 I haven't seen many Scouts with air conditioning, which seems like pure frivolity in a tough-it-out jouncy steel box, but this one has a great big compressor bolted to its V8. If this is the original engine (it's possible, but by no means certain, that no swaps have taken place), it's an IHC V8 of either 304 or 345 cubic inches, rated at 140 or 154 horsepower. 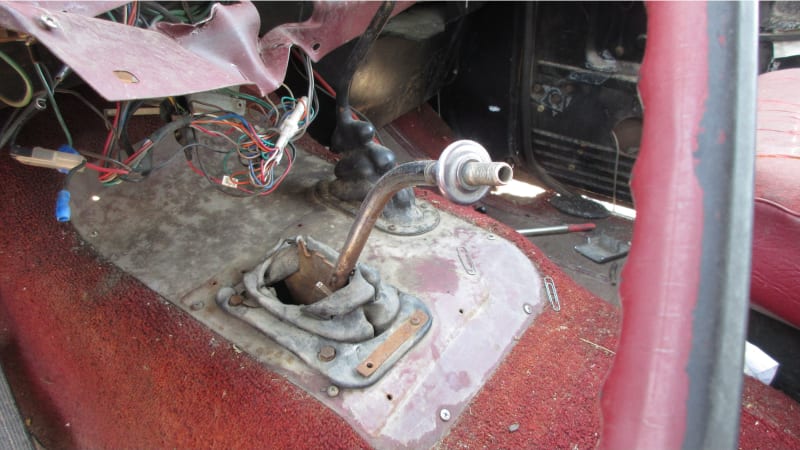 The automatic transmission wasn't quite as rare in Scouts as air conditioning, though three-pedal versions are a bit more common. 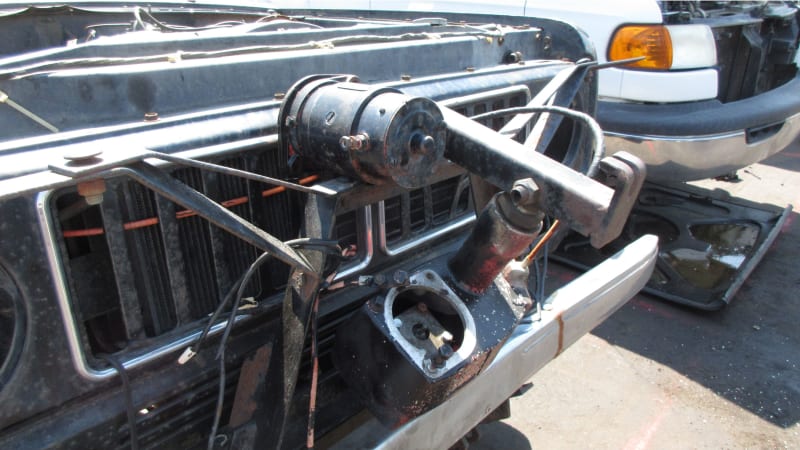 This one worked as a snowplow during its final years (or decades) on the road.

It's like a compact, a sedan, and a station wagon!