During the mid-to-late 1960s, General Motors made flashy, semi-sporty versions of each of its full-sized B-body cars. Oldsobile had the Delta 88 Royale, for example, while Pontiac offered the Grand Prix. The rakish big Buick of that period was the Wildcat, built through the 1970 model year. Just as the Wildcat shoved aside the Invicta, the Centurion appeared in 1971 to replace the Wildcat. Named after a famous 1956 concept car, production of the Centurion continued just through 1973. Just over 100,000 were built, and here's one of those rarities in a Colorado self-service boneyard. 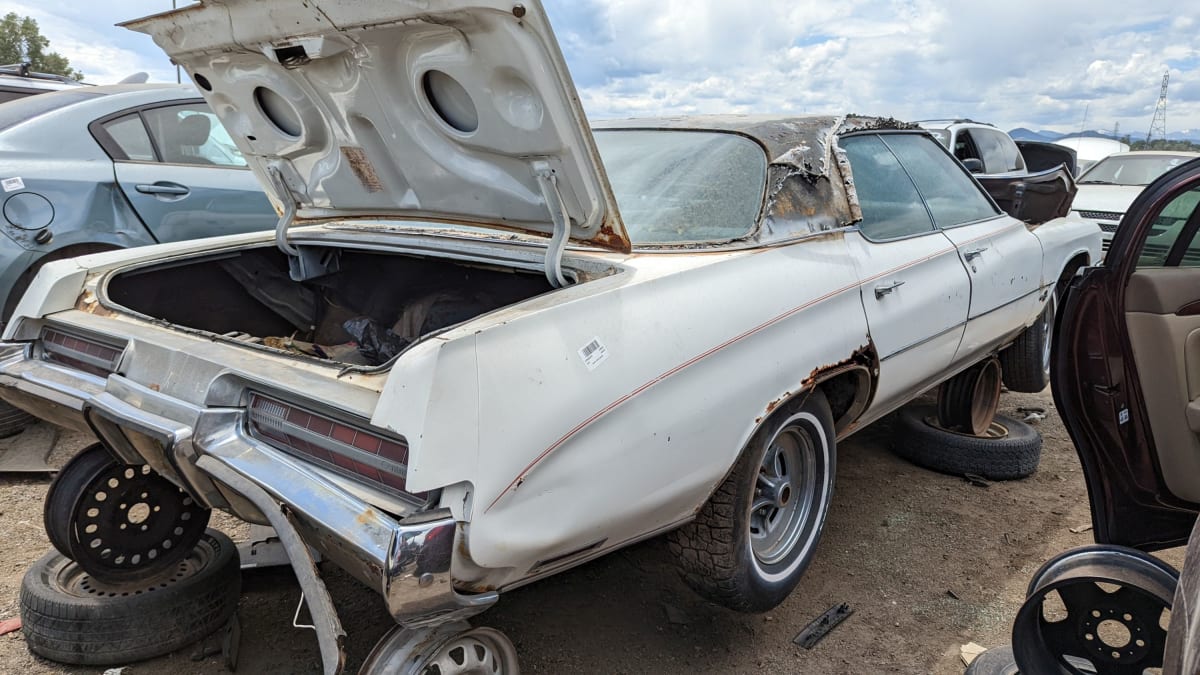 The Centurion was available as a hardtop coupe, a convertible, and a four-door hardtop sedan. It was at heart a LeSabre with a different grille and other cosmetic touches. 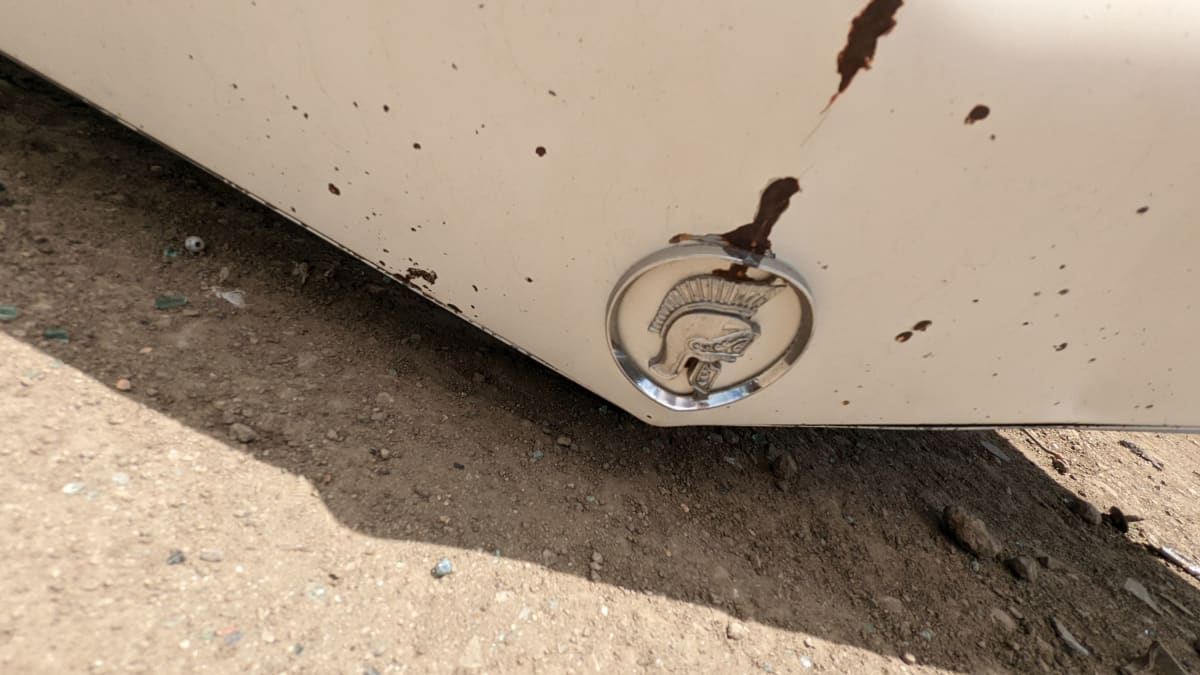 Instead of the usual triple-shield Buick emblems, the Centurion got Roman-soldier badges.

Perhaps the world's best-known Centurion is the '72 convertible driven by Kurt Russel's slimy-car-salesman character in the 1980 film, Used Cars.

Kurt ends up selling his Centurion to a customer he "baited" from the rival lot across the street. 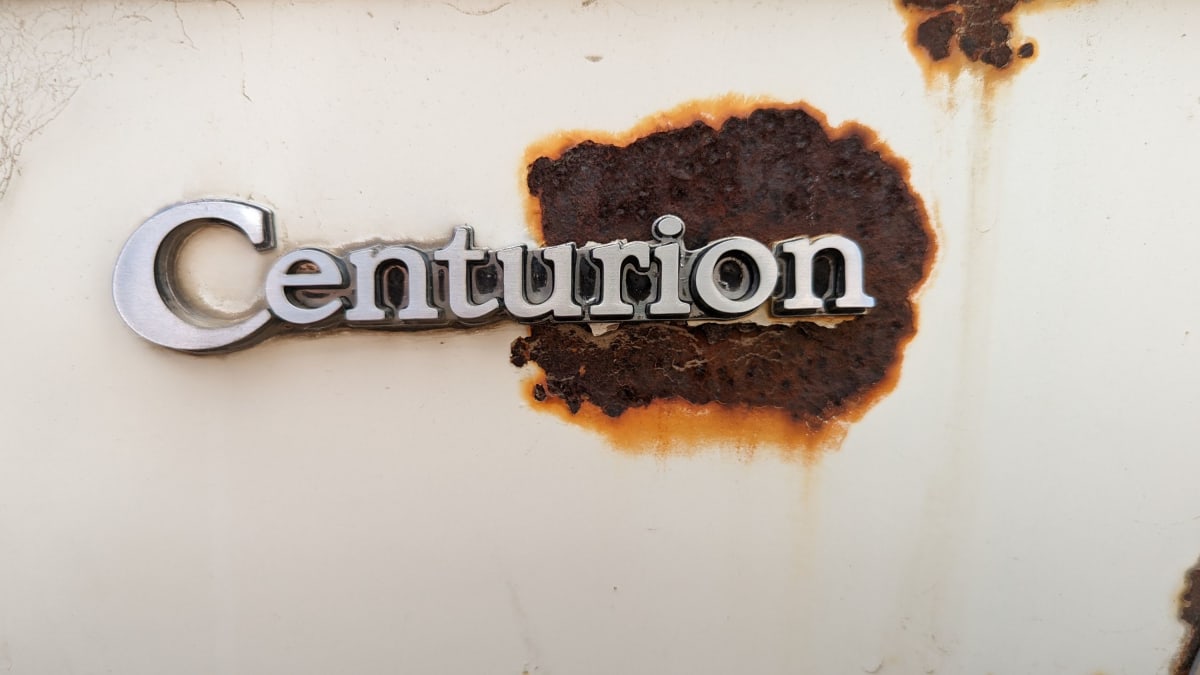 In 1974, the Centurion was replaced by the LeSabre Luxus, a trim-level designation that Buick swiped from Opel. 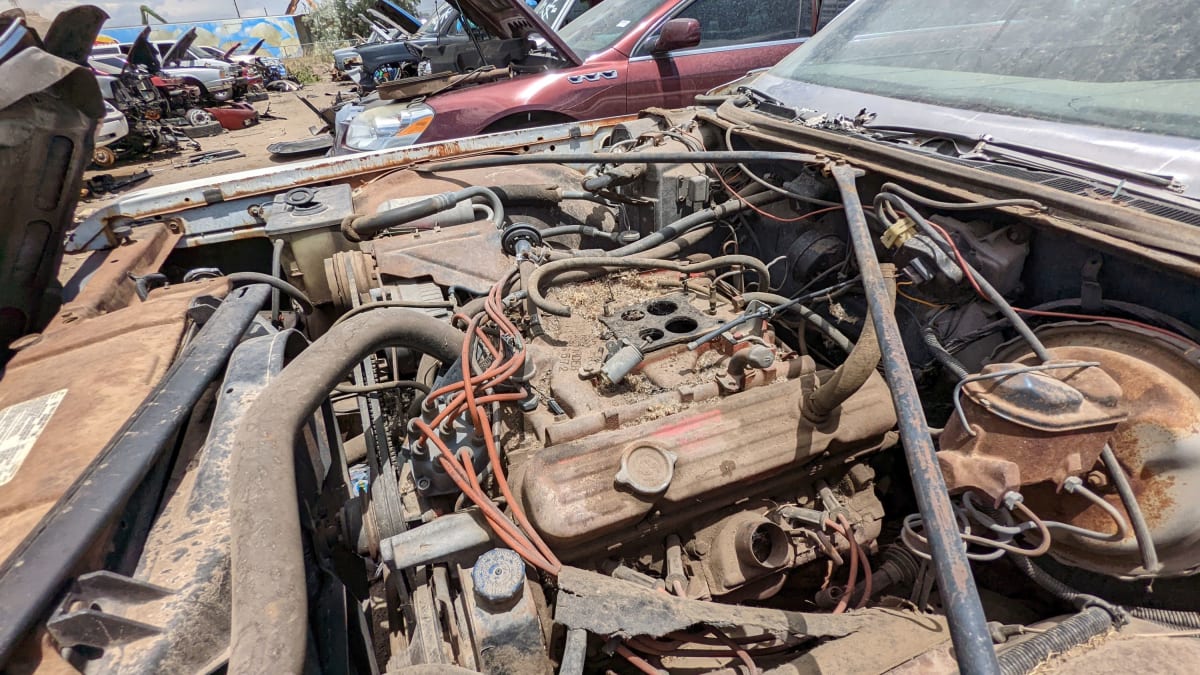 The only engine available in the 1971 and 1972 Centurion was Buick's 455-cubic-inch (7.5-liter) V8, renowned for its low-rpm torque. Power numbers for 1972 dropped considerably compared to 1971, mostly due to the switch from gross to net measurements that year; the base '72 Centurion 455 was rated at 225 horsepower and 360 pound-feet, while an optional higher-compression version with dual exhaust made 270 hp and 390 pound-feet. All Centurions came off the assembly line with three-speed automatic transmissions. 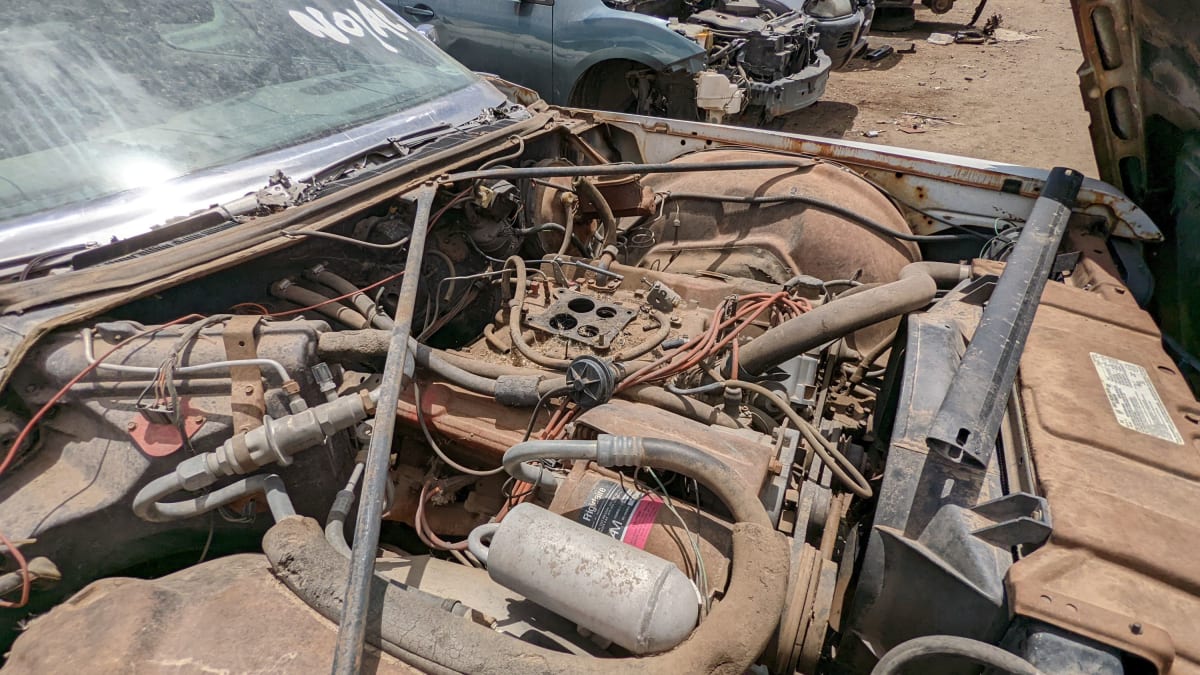 For 1973, a Buick 350 (5.7-liter) V8 became standard Centurion equipment, with the 455 an extra-cost option. The original buyer of this Centurion probably regretted the single-digit fuel economy of the 455 when OPEC shut off the oil taps in October of 1973. 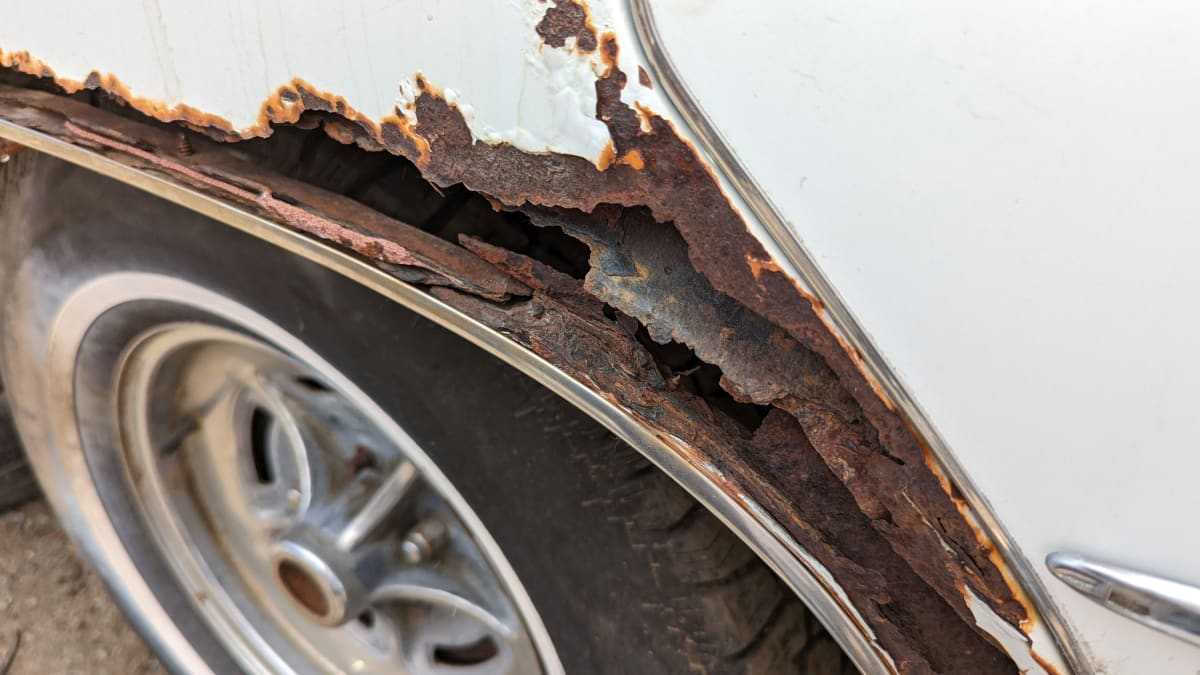 Front Range Colorado isn't particularly rusty, but this car looks like it must have spent some time in a road-salty place like Wisconsin or Iowa. 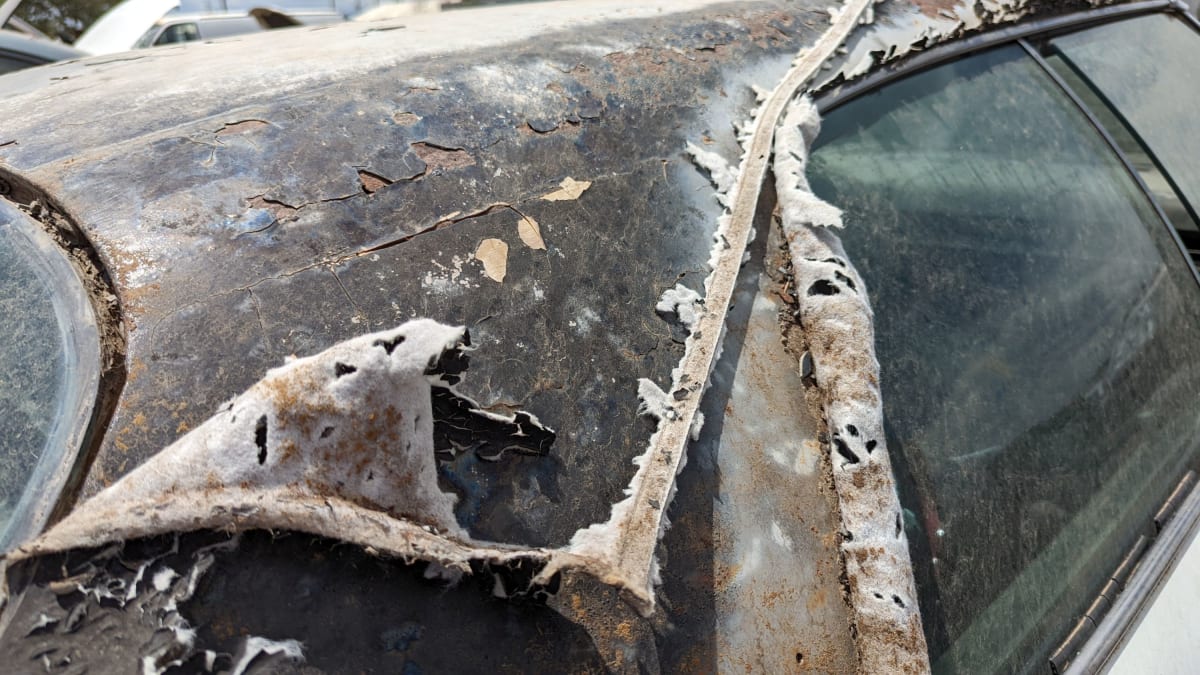 There isn't much left of the padded vinyl roof, standard equipment on all Centurion sedans and coupes. 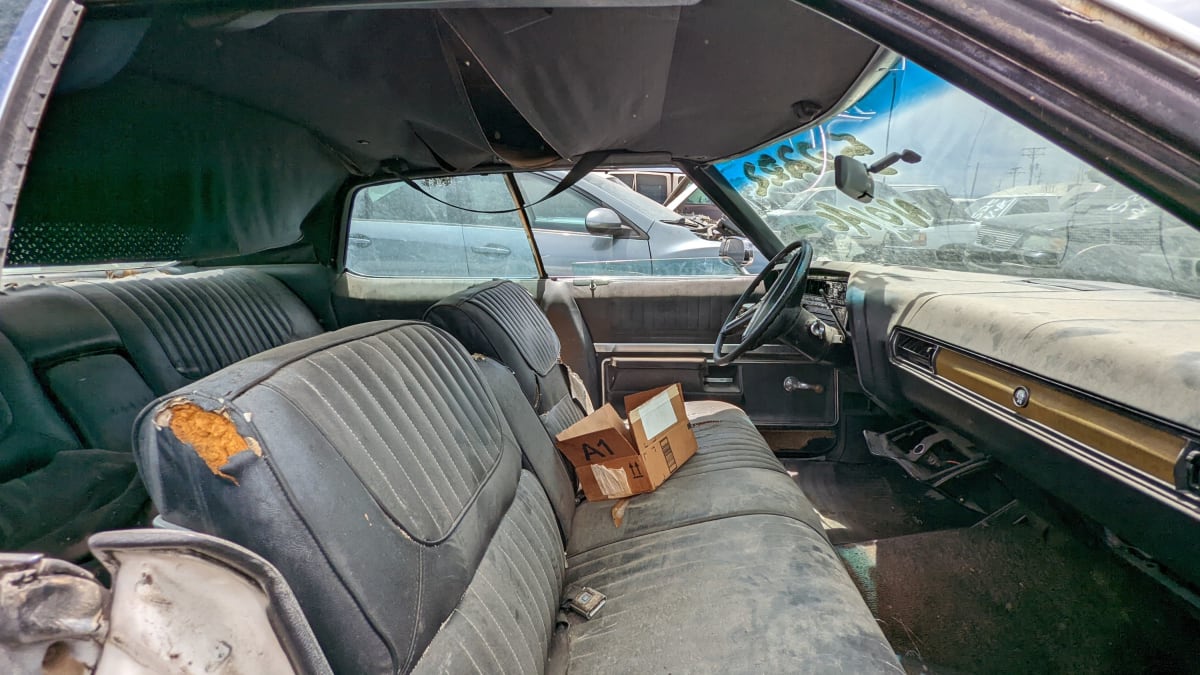 It would have been prohibitively expensive to make this car nice again, so here it sits. 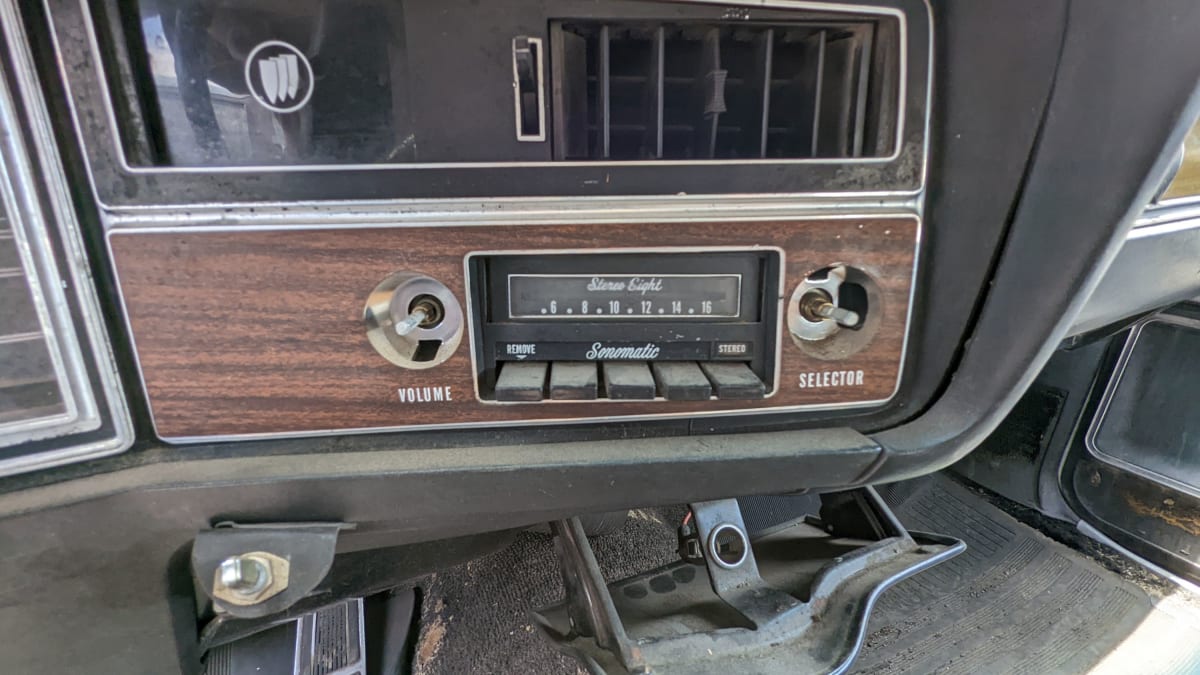 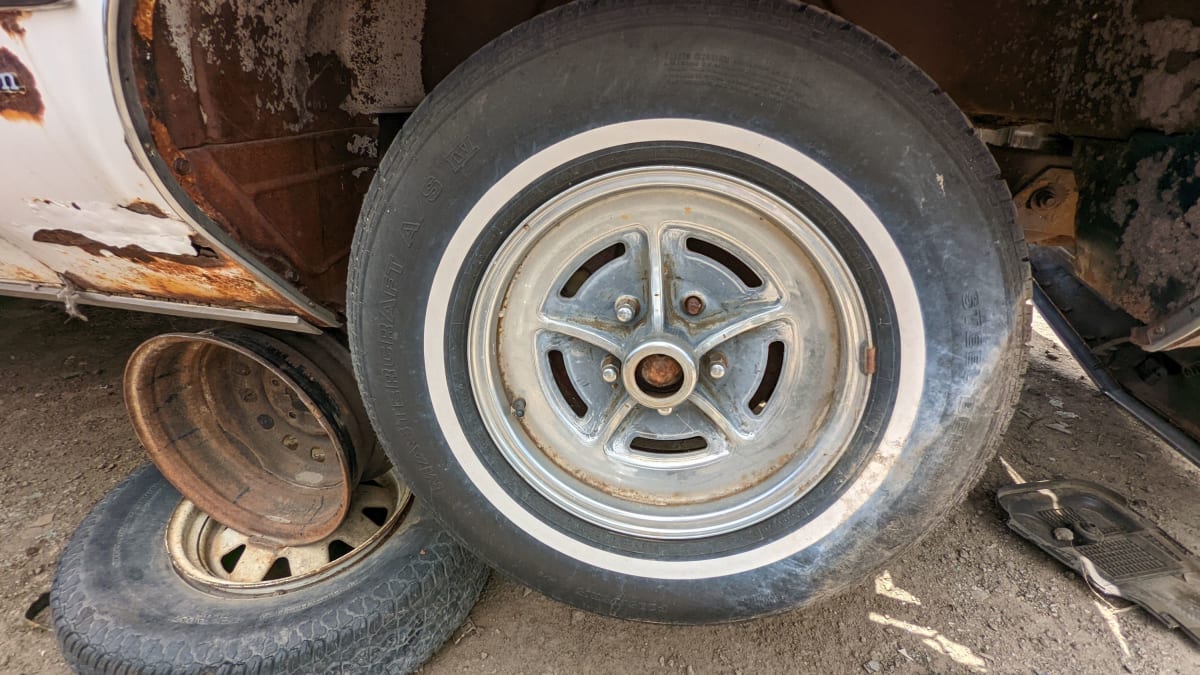 You can still buy reproductions of these Buick Rallye wheels today.

You didn't want to miss out on Buick Bargain Days in 1972.