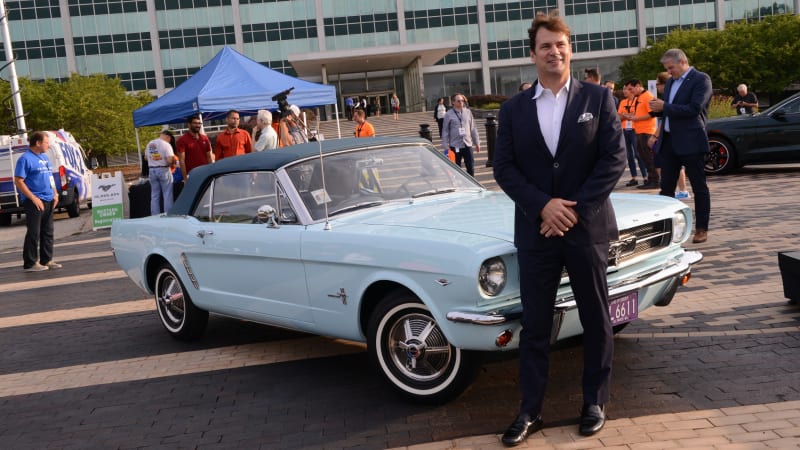 "It was probably the second conversation we had after we had talked about this leadership opportunity. I said, 'You know, Bill, I just can't stop racing. It's just who I am. It's my yoga. You've got to let me do this if I'm going to be a better CEO.' He was very supportive," the executive explained in an interview.

Farley, 58, started competing in 2008 after buying a Shelby Cobra, according to Automotive News. He often races his 1966 Ford GT40 and his 1978 Lola T298, but his collection is vast and eclectic. It includes a 1932 Ford Roadster, a 1965 Shelby GT350, and a 2012 Ford Mustang Boss 302 Laguna Seca. He also owns a 1987 BMW 325i convertible purchased new by his wife, and Top Gear reported he spent time as a teenager working at a garage owned by Formula One champion Phil Hill. He once completely restored a 1966 Ford Mustang he paid $500 for.

Racing is more than just a hobby for Farley; it's a mental break from life as an executive.

"When I'm at the track, I'm just Jimmy Car-Car, nothing more. It's a great way to stay humble and connected to the product, and it's a great way for me to relax, because I love competing," he said.

It can also be dangerous, which is why some companies ask top executives not to drive on a track. It's not just carmakers. Any firm accountable to its shareholders can reasonably argue its CEO shouldn't race (or feed lions, or skydive over active volcanoes) because his or her death would negatively affect its market cap. Ford is open-minded in this regard, and Farley pledged to stay as safe as possible while going flat-out in his vintage race cars.

Broadly speaking, there are two types of CEOs in the automotive industry: those who come from a business or finance background, like former Fiat-Chrysler Automobiles (FCA) boss Sergio Marchionne, and those with a life-long interest in cars. Some tick both boxes, of course, but executives in the latter group are the ones you're most likely to see behind the wheel of a race car. General Motors President Mark Reuss and Toyota President Akio Toyoda both race, and PSA Group boss Carlos Tavares regularly participates in the Historic Monte-Carlo Rally. He's shown above behind the wheel of a fuel-injected Peugeot 504 at the 2015 edition of the event.